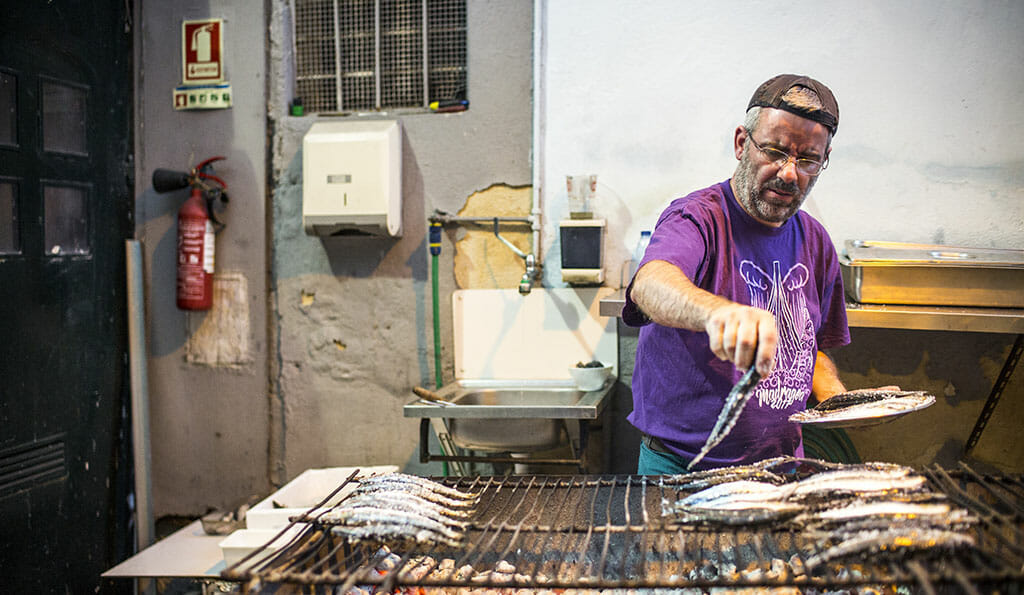 Editor’s note: Traditionally we have published State of the Stomach pieces when beginning coverage of a new city, to provide an introduction to its food culture and how it shapes daily life. But as we dive deeper into the cities we work in, we’re taking stock of what’s changed, particularly as internal and external factors reshape both the culinary and urban landscape. So we thought it was worthwhile to, over the coming weeks, reexamine how some of these cities are eating, which will inform our coverage in the new year. Next up is our look at Lisbon.

Back in June, historic Lisbon neighborhoods like Alfama dressed up for the Santo António festival, just as they do every year. It’s a defining moment for the Portuguese capital – one where food, music, local customs, dance and religion all come together for a few joyous days.

Parades wind their way through town and locals host street parties, serving sardines from smoky grills on their doorsteps and opening their homes to friends and strangers alike. It’s a communal gathering that attracts Lisboetas of all ages, even those who have moved to the suburbs or those who never so much as set a foot in Alfama during the other eleven months of the year.

The force behind these pop-up fish shacks and parades are local neighborhood associations, sleepy social clubs that joyfully come to life at festival time, organizing volunteers for the celebrations, setting up their own sardine grills and filling up jugs of sangria for sale. 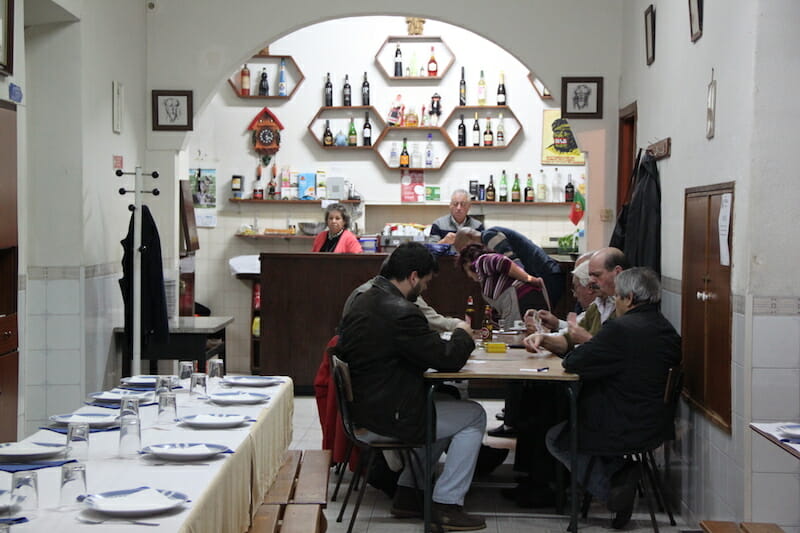 But behind the joy and celebration of the festival lies something else – the associations’ concerns about what’s coming once the party is over: the prospect of increasing rents and possible eviction orders, the challenge of maintaining the tradition of volunteer work by their members during a time of rapid change in Lisbon’s old-time neighborhoods. They know that change is part of life in all the big cities; what’s different in Lisbon is the pace. The Portuguese capital seems to have gone overnight from being a sleepy, almost forgotten city of crumbling buildings on the edge of Europe to a crowded tourist destination and a hotspot for property developers.

The rapid change couldn’t be more jarring for Lisbon locals, who endured an economic crisis between 2010 and 2014, a period that saw the introduction of hard austerity measures and a drop in what had already been a low sense of self-confidence in Portugal, a country that seemed resigned to playing a bit role on the world stage after the end of its colonial golden era. It was as if Lisboetas had woken up from an exceptionally long slumber to find out that while they had been sleeping the rest of the world had suddenly become interested in their country and – as importantly – its food.

Many of Lisbon’s traditional neighborhood associations are going through a similar experience, having been dormant for most of the year only to wake up during festival time and find that things have changed very quickly. 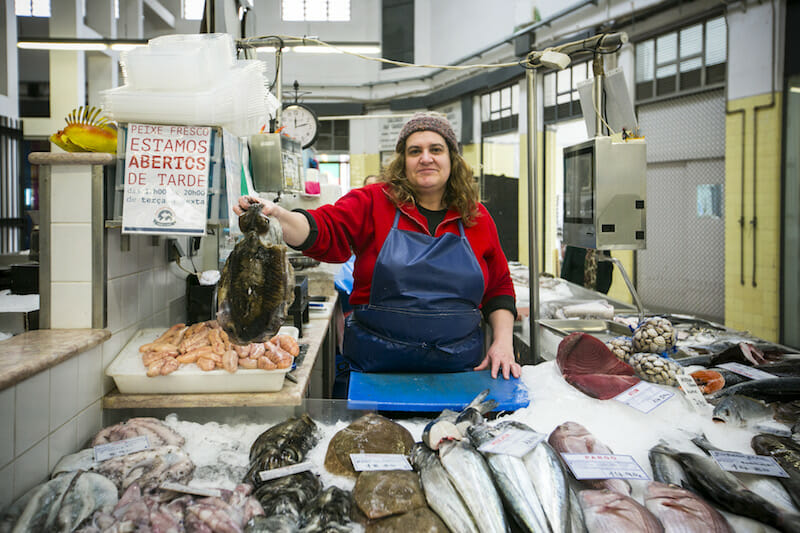 These associations – many of them founded in the 19th and 20th centuries by migrants from other parts of Portugal who came to Lisbon in search of better economic opportunities – have long served as social anchors for the neighborhoods they reside in. Created as a way of soothing saudades, intensely nostalgic longing those newly arrived in Lisbon felt for the regions they left behind, the associations were places where – between playing some cards, singing some fado vadio or dancing after a working week – they could meet up with their friends to drink the wine and eat the food that reminded them of home.

Up to the present day, the regional associations (along with ones connected to the promotion of sports and the arts) have thrived in Lisbon. By its own accounting, the Associação de Colectividades do Concelho de Lisboa, an umbrella group for these associations, has 374 members. Many of these organizations have maintained a strong sense of regional identity, their kitchens still turning out classics from back home.

But with things changing so fast in the city some of these associations are feeling the pinch of increasing rents or facing eviction. Amigos do Minho, a regional association operating in the Intendente neighborhood, recently had to leave the tile-clad 19th-century building it has occupied since the 1950s. It looks like big group dinner parties on the terrace, which were both fun and affordable, are a thing of the past. 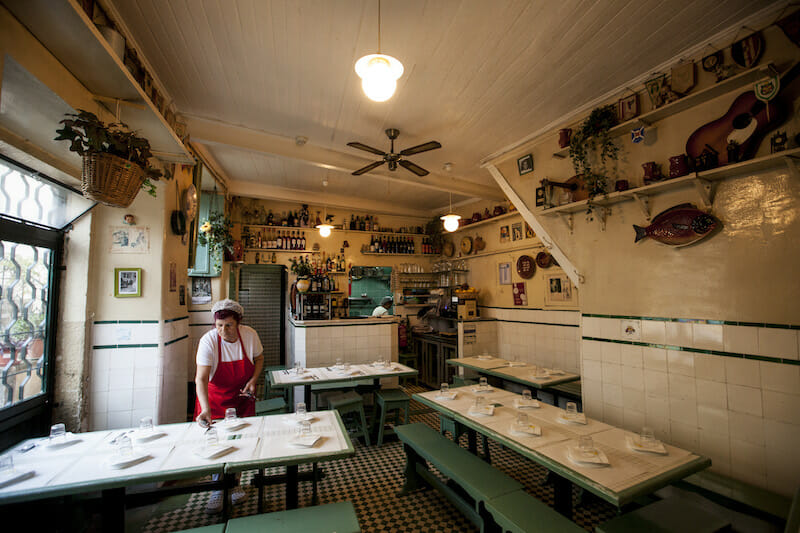 In the Santos area, the Sociedade de Instrução Guilherme Cossul, a veteran association that has played an important role in Lisbon cultural life, was recently kicked out of the building it occupied since 1885, leaving behind an atmospheric bar, bookshop and school. We recently learned that they were given a six-month reprieve, but it’s unclear what will happen once those six months are up. We hear stories like this every day.

In the last two years, these real estate changes have not only brought new restaurants, but also new menus. Take the tasca, a typical casual Portuguese eatery, often family-run, that serves a classic repertoire of dishes according to the days of the week. Feeling the pressure of rising rents, some have moved to outer neighborhoods. But others can’t afford it and just close, especially in the city center. And in their place come the trendy restaurants that try to be cutting edge with outlandish menus that have no connection to Lisbon’s culinary culture. Although they certainly seem popular, especially amongst the younger Lisboeta set, we wonder whether they can fill stomachs the same way these family places do. Not all tasca fare is high-quality, but they are the bearers of old traditional recipes. And, perhaps more importantly, they also serve as a social hub for the community and a port of call for locals looking for a warm daily soup or a place to stash their spare keys.

Change is part of life in all the big cities; what’s different in Lisbon is the pace

Tascas and associations have fragile structures and cannot afford the higher rents, but there’s hope when we see places that manage to survive. Like our beloved Stop do Bairro, which moved from its original spot in city center to an outer neighborhood, while still keeping its traditional fare. Or the old school association Grupo Desportivo da Mouraria, which lends their beautiful space when it’s not in use to Cozinha Popular da Mouraria, a community kitchen focused on sharing culinary cultures from all over the world. 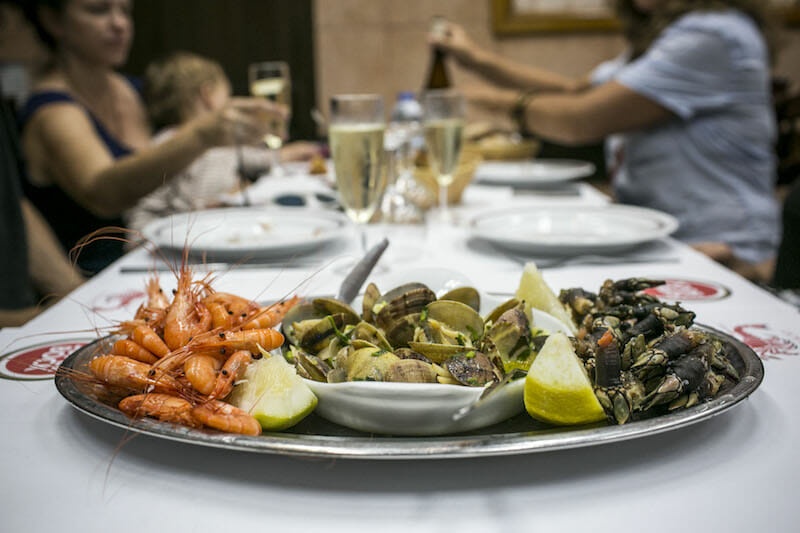 Another tack taken by restaurants that are facing closure is to reopen under a new name. There’s A Gôndola, a long-established restaurant that was forced out of its lovely villa in the northern part of the city opposite the Gulbenkian Museum. But the owners found a new spot in São Bento, and with this new home came a new name: Água Benta (Holy Water). Despite the name change, the restaurant still serves the same traditional dishes, and has kept the same team and chef. Another example is Bota Sal, the reincarnation of the tasca Bota Velha, whose owner wanted to retire and asked one of his loyal customers to keep the place going. That customer, who happened to own a beach restaurant on the Alentejo coast, kept a part of the name and the furniture of this neighborhood tasca in Estrela, but added seafood and more expensive dishes to the menu.

These creative solutions inspire a certain amount of optimism, and the love of traditional dishes like cozido à portuguesa (stew with vegetables, meat and sausages) and bacalhau com grão (salt cod with chickpeas) seems to be intact, attracting loyal crowds to tascas on specific days of the week.

Still, even before you can finish chopping cabbage for caldo verde soup, there will likely be a new “sophisticated” restaurant with an English or French name and a fancy logo popping up somewhere in town. This shift in the culinary scene is almost surely a byproduct of Lisbon’s increased popularity. Like in other European cities, some blame tourists for the rising rents, even though city hall and the national government are in charge of the laws and mechanisms that regulate the housing market. In addition to a booming Airbnb trade, financial incentives like the “golden visa” and tax benefits for EU citizens continue to attract wealthy newcomers and are also inflating the property bubble, as well as influencing the new wave of restaurants and bars. 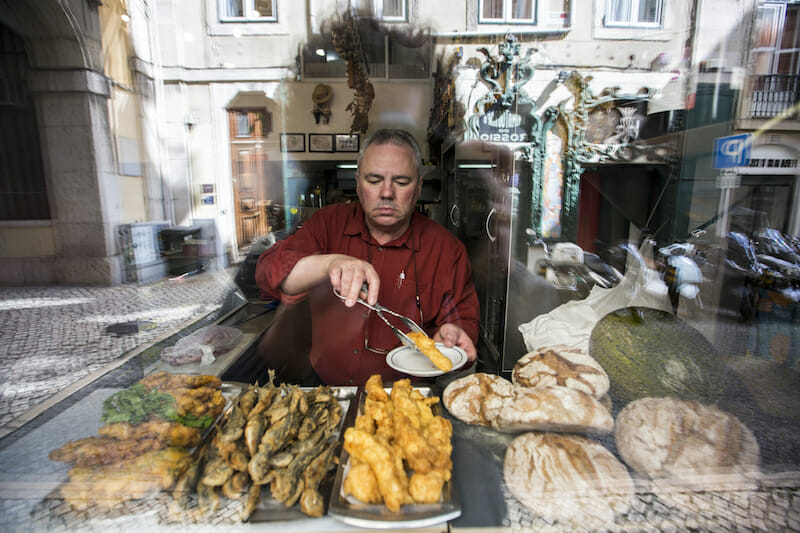 But the flipside of this rising popularity is that the image of Portuguese cuisine is beginning to shift. What used to be seen from the outside as a “gray, peasant” cuisine is now garnering attention from international chefs and foodies. And young and talented Portuguese chefs (like Bernardo Agrela and António Galapito) are returning from abroad with their sleeves rolled up and ready to work.

This new generation is reinventing some classics but is also very proud of Portuguese traditions, as Diogo Amorim’s embrace of historic baking techniques at his bakery, Gleba, aptly demonstrates. These and other newcomers are defining a new way forward – a good way forward – with brilliance. 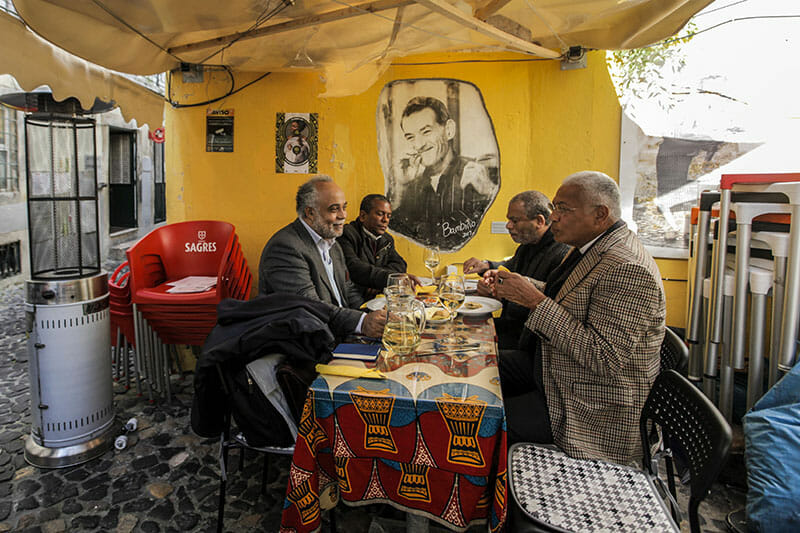 This new energy is gradually moving away from the center. A number of interesting bars and restaurants have opened up in the suburbs, where many Lisboetas now live, because the rents are cheaper and there isn’t as much on offer foodwise. In the city, the eastern districts of Beato and Marvila are being revived. These former industrial neighborhoods, which were neglected for many years, are now populated with cafés, bars, restaurants, breweries and art spots.

Meanwhile, in the historic neighborhoods, the associations are still the key players – for now. As the local way of life in these areas comes under threat, the spirit of Santo António, which is an essential part of the city, is also threatened. If Alfama continues to gentrify at this rate, who will drag out the grill to sell sardines in the future? Who will be selling beer and opening their homes to strangers who need to use the toilet? Somehow, we don’t think celebrities Michael Fassbender and Monica Belluci, Alfama’s newest residents, will be up to the task.

By
Célia Pedroso
, photos by
Francesca Savoldi and Rodrigo Cabrita