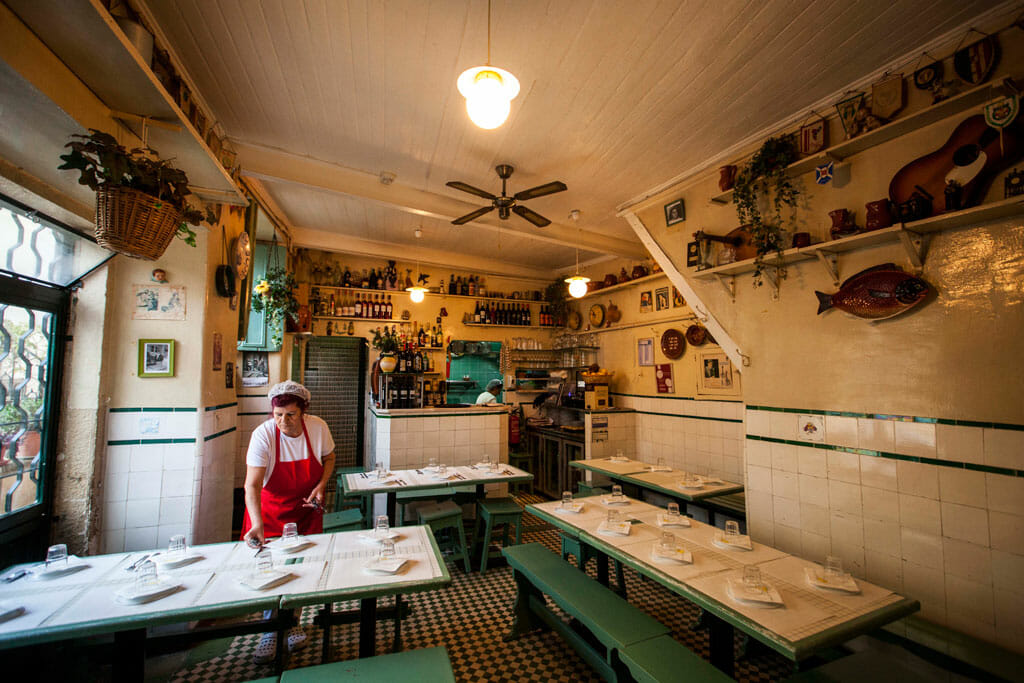 Tasca Tables: An Introduction to the Portuguese Tradition

There is a Portuguese word famous for allegedly being untranslatable in any language. That word is saudade, an emotional state caused by missing someone or desiring something that does not exist anymore.

For years, children have been told that only lusophones were able to feel saudade, since others cannot express that feeling. It’s a compelling story, but, unfortunately, it’s also far from true: saudade means virtually the same thing as añorar or echar de menos in Spanish, nostalgic longing in English, or sehnsucht in German.

If one is looking for a truly untranslatable word in Portuguese, he or she should look no further than right around the corner, to that cheap no-frills restaurant serving large portions of traditional food piled onto large aluminum platters. And if not on that corner, surely on the next. That would be a tasca, a type of restaurant that only exists in Portugal. It’s not a Spanish bodega, nor an Italian osteria – most tascas started out serving only house wine, brandy and a few snacks behind the counter, but have since evolved into full-fledged eateries while managing to preserve their authenticity in several ways. 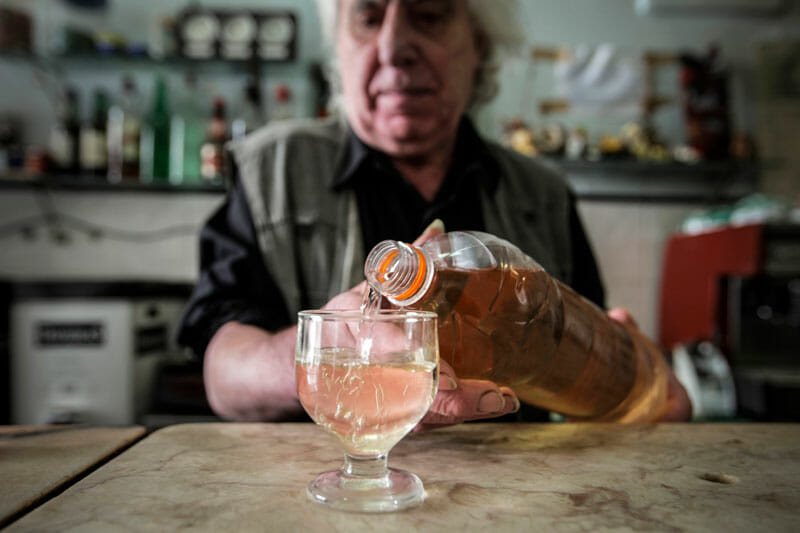 For starters, the starters. In a good tasca, once a client sits he will be presented with bread, olives and, with some luck, a regional cheese. Most of the time, the paper tablecloths play a double role: they are not only used to cover the original linen tablecloths, but also to write the daily menu, which is also often affixed on the tiled walls or even the windows, to attract passersby. This daily menu is a crucial piece of the whole tasca experience: each tasca offers specific dishes on each day of the week, particularly at lunch.

Tradition dictates that in nearly all tascas bacalhau (salted cod) is served on Mondays, because there is no fresh fish available at the markets. Cozido (Portuguese boiled dinner) takes some time to prepare so it usually comes on Wednesdays or Thursdays. On Fridays, it’s not hard to find a good feijoada (bean and meat stew) – why? Because it’s a hearty, substantial meal, thus making it hard to work productively after devouring it. But right before the weekend nobody is that productive anyway.

Truth is, eating in a good tasca can feel a bit like eating in someone’s home.

Most lisboetas have their favorite tasca and know its menu by heart. Others have favorite dishes at each one and opt to chase them around town. All approaches are valid. Truth is, eating in a good tasca can feel a bit like eating in someone’s home. The food tastes homemade, grandmother-ish, and it’s very easy to establish a special connection with the waiters and owners. After a visit or two, they might address the customer by name, recommend a dish, tell a joke or strike up a conversation.

Also, it should be noted that, in Lisbon, a great number of tascas are owned and run by families from different regions of Portugal, mainly from the north, and they aren’t afraid of bringing their own local recipes to the menus. That’s why typical tasca dishes might reference Portuguese regions, like à minhota (Minho-style) or à transmontana (Trás-os-Montes style). Eating at tascas is way cheaper than going on a tour around the country: one can eat big and drink bigger in most tascas for less than €10. Yes, €10. No translation needed. 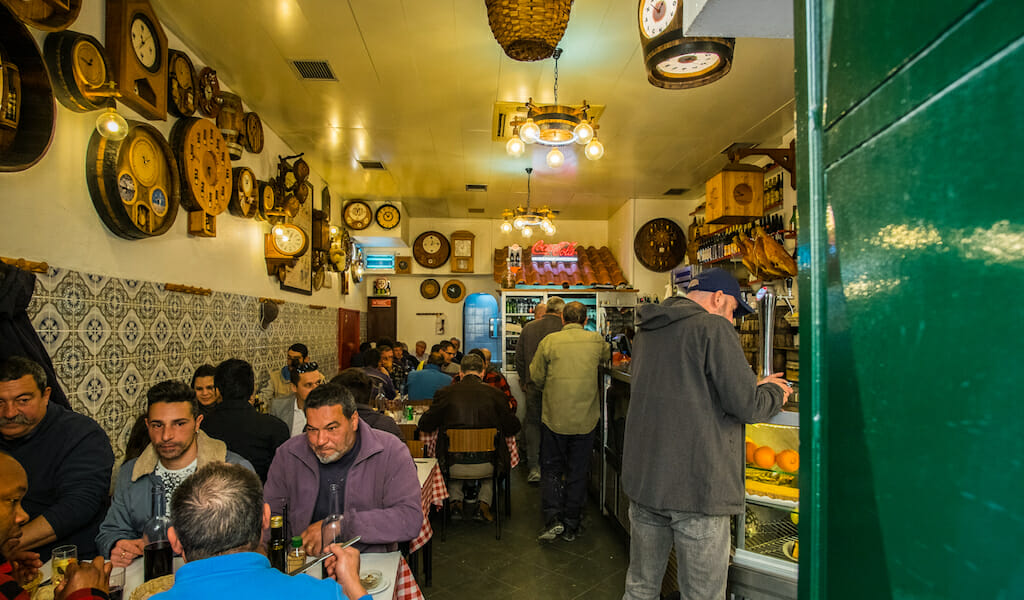 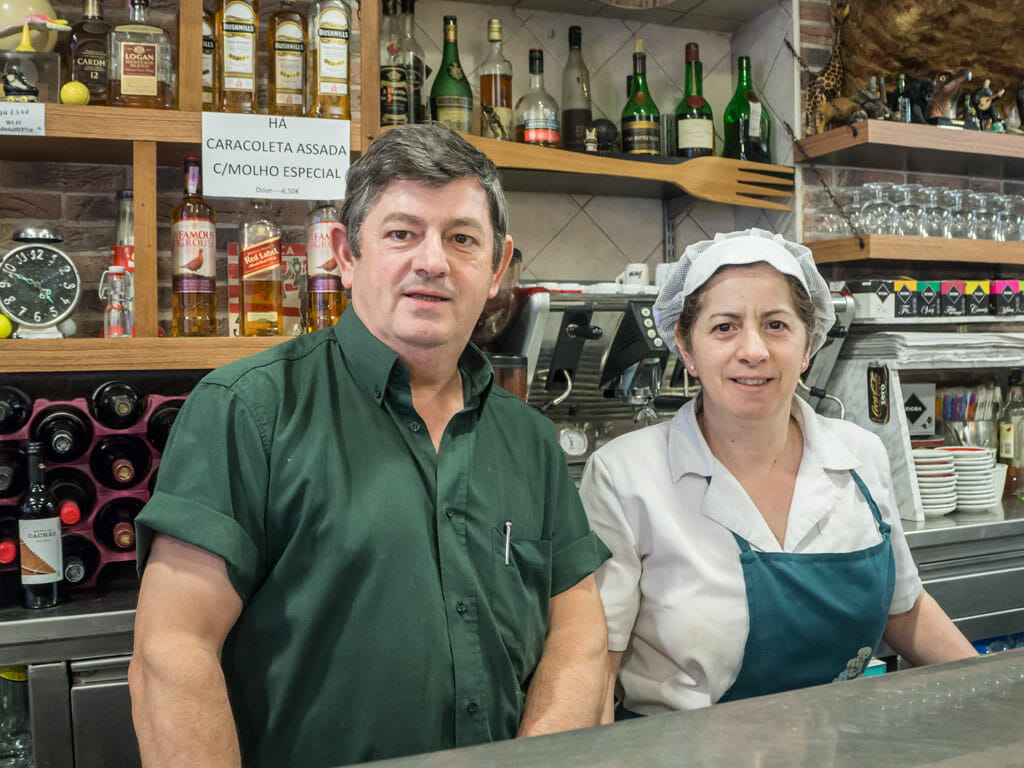 Step into the heart and soul of Lisbon on our walks!

Lisbon | By Tiago Pais
By Tiago Pais
LisbonAvenida da Liberdade is commonly acknowledged to be the most luxurious and expensive artery in Lisbon. It’s the obvious place to go to buy a famous designer’s dress or fancy jewelry. It might be surprising to learn, then, that it’s also the place to go for good pernil assado (roasted pork shank) or cabidela (chicken… 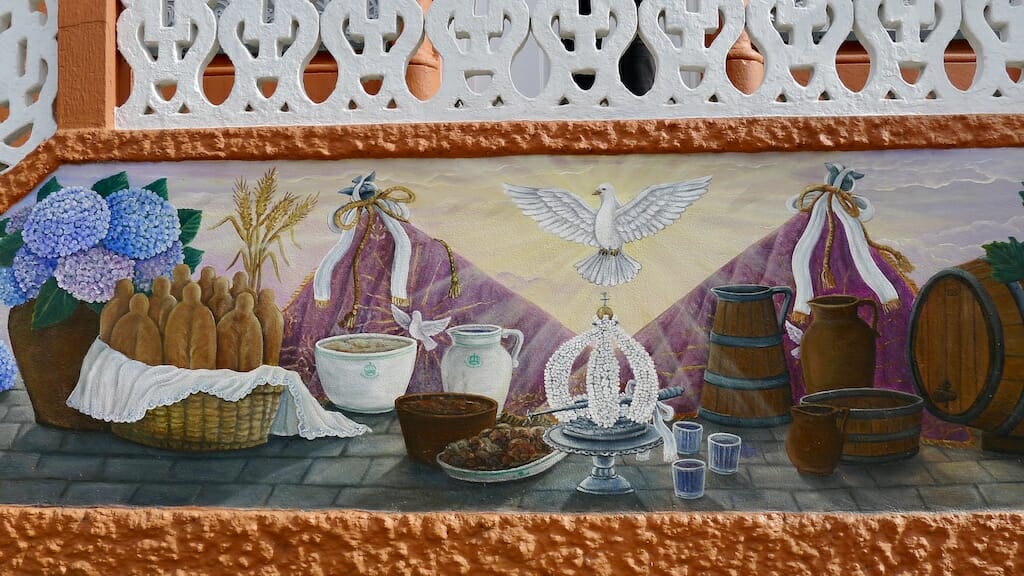