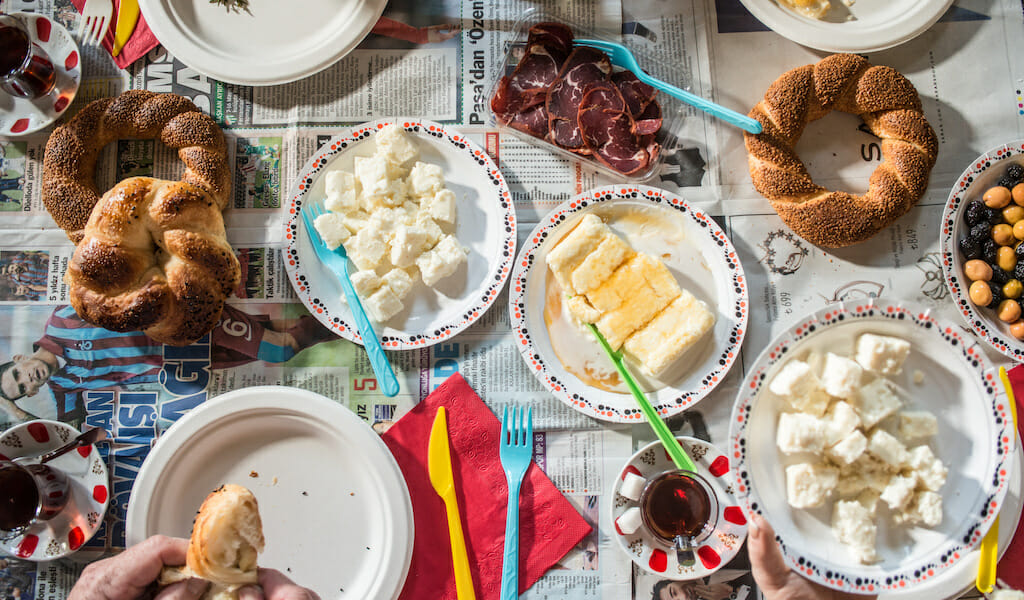 Istanbul: State of the Stomach 2018

Groaning sounds emanated from the other end of the line when we told a friend the location of our dining plans for the night. The spot, a rowdy, charming dive specializing in Bosnian-style mezes and grilled meats, was in Pendik, a district of Istanbul well over 20 kilometers outside the center, on the outskirts of the Anatolian side.

Our friends’ reluctance to join was a normal response in a city with terrible traffic and nightmarish commutes. Who would want to spend their free time on a three-hour round-trip journey to eat out when there are plenty of excellent options just a stone’s throw away? 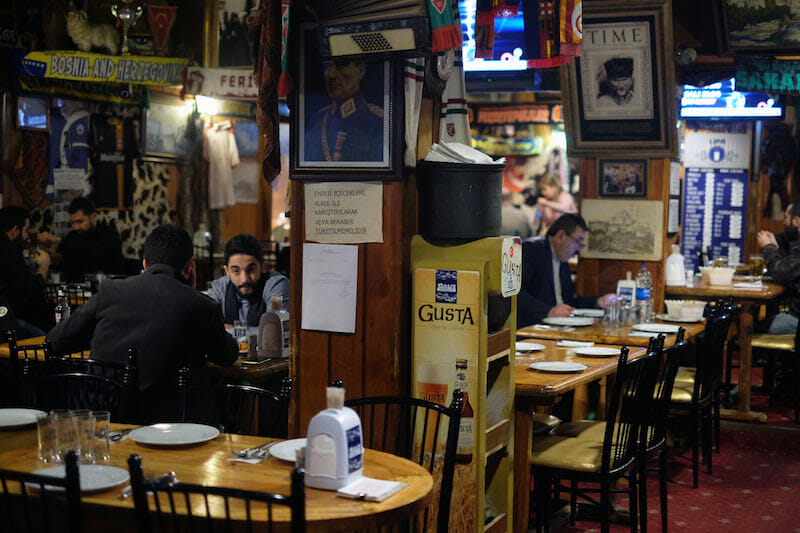 We have, however, discovered that braving these long distances through multiple transfers on different forms of public transit and the occasional taxi results in rich rewards. While much of our culinary exploration initially focused on the central district of Beyoğlu and the narrow alleyways of the historic neighborhoods of the old city, we’ve shifted part of our focus to the lesser-known, far-off districts that are rife with innumerable culinary treasures. As the city has spread out over the years, we’ve taken the plunge and followed the sprawl with curiosity. Rather than ignore the reality of Istanbul’s mammoth size, we’ve decided to embrace it and reap the benefits.

In the outer pockets of the city like Pendik, where a neighborhood full of people who trace their roots to the Bosnian Muslim-majority Balkan region of Sandzak reside, specific flavors and ingredients that are not available elsewhere flourish. In the complete opposite corner of Istanbul, the Bağcılar district is home to a large population from the southeastern region of the country, and on a recent trip out there we were fortunate enough to feast on the most exquisite lamb meat we’ve ever tasted, thanks to techniques imported from the province of Bitlis that may only be found in this part of the city. 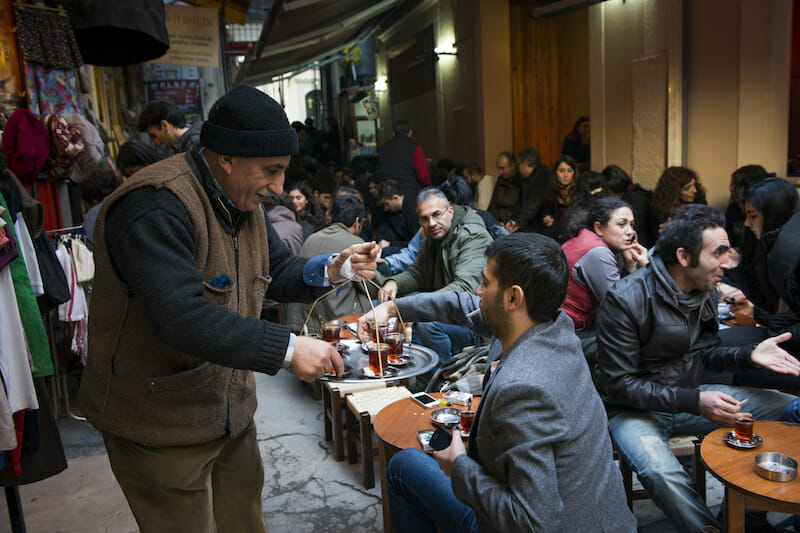 As we’ve traversed our beloved behemoth of a city from corner to corner, we’ve noticed a string of other changes taking place and trends taking hold. We remember a not-too-distant past in Istanbul, which frequently finds itself 5-10 years behind the pack, when it was difficult to get a decent cup of coffee, a solid slice of pizza and a proper burger. This is no longer the case, and in some neighborhoods it’s difficult to avoid a third-wave coffee shop that probably cost a fortune to design, or a counter selling respectable pizza by the slice, a reliable fixture throughout Europe and something we lamented not being able to get in Istanbul until around 2013 or so. This trend hasn’t so much rattled Istanbul food culture per se as it has (hopefully) made irrelevant the legions of places serving lousy coffee, pizza and burgers. The downside is the décor, menu and vibe of these chic cafés are often carbon copies of their counterparts in Seattle or New York, another reminder that the banality of globalization manifests itself with more subtle signifiers like red La Marzoccos and exposed brick.

Moreover, this seemingly innocuous trio of indulgence also has functioned side by side with startlingly swift periods of gentrification that have made entire neighborhoods unrecognizable overnight. The Yeldeğirmeni quarter of Kadıköy was once an affordable, quaint locale of old-school bakeries and small grocery stores selling Trabzon’s best butter among other regional goods. It has since become overrun with vegan restaurants, coffee shops and artist studios, and has been billed as among the hippest areas in town. Unsurprisingly, rent is no longer reasonable and the working class, “small-town Anatolia meets big city” feel of the area is mostly gone. 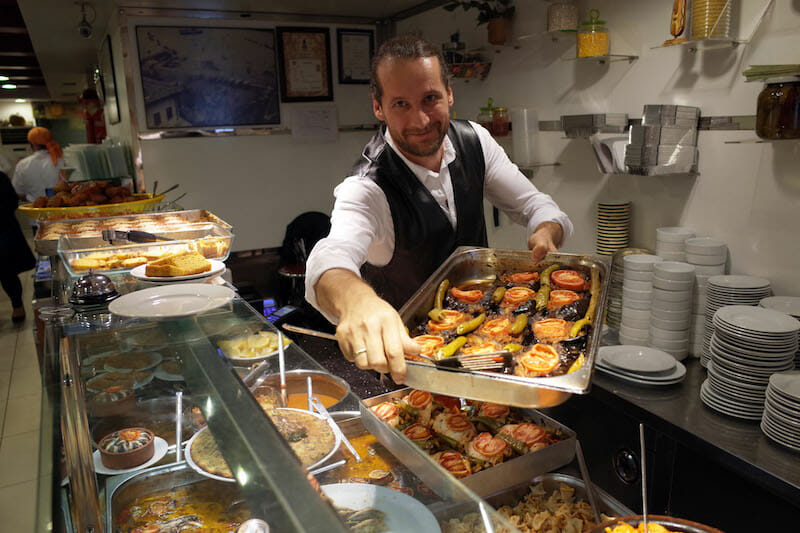 In Karaköy, nestled beneath the Galata tower on the seaside, we remember thinking half a decade back that something should be done to spruce up the splendid if neglected buildings of the area, which was devoid of life after dark. Though we’ve since learned to be careful what we wish for, as dozens of bars, cafés and restaurants that were impeccably designed but lack any real character or soul (and are expensive, to boot) arrived on the scene in no time. When we’re around, we stop in the excellent Karaköy Lokantası, which came long before the uninspiring newcomers we’ve elected to avoid entirely.

Though we’ve witnessed changes, many things remain intact. The city is a still a simmering synthesis of delicacies and delights from all over.

Still not exactly known as a hotbed of ethnic cuisine, Istanbul nevertheless offers a surprising array of flavors from the Middle East, the Caucasus and Central Asia. Many of these places have appeared in recent years and are centered around the Aksaray district, where we’ve feasted on excellent Georgian, Iraqi, Palestinian, Uzbek, Uighur, Azerbaijani and Russian cuisine. A bit further west in Zeytinburnu is the city’s lone and stellar Indonesian restaurant and a smattering of Afghan places, while the Fatih district has become a Little Syria of sorts. The 3 million people who have come to Turkey seeking refuge from Syria’s catastrophic civil war over the past several years have left an indelible trace on Istanbul’s food universe, as hundreds if not thousands of Syrian restaurants ranging from stands hawking falafel and shawarma to sit-down restaurants serving Damascene home cooking have popped up all over the city. Having a cup of strong, delicious Syrian coffee with cardamom from a tiny stall near the Fatih Mosque made us realize what its Turkish counterpart was missing all along. 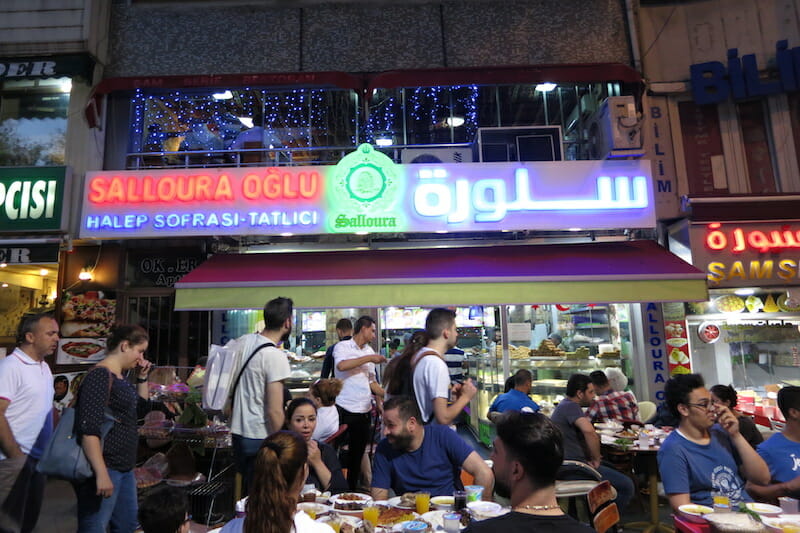 The past three years have seen a troubling wave of violence and chaos sweep Turkey and Istanbul, and this has in no small way impacted the city’s restaurant scene. We reported on how even popular and acclaimed eateries have packed it in after the tourists stopped arriving and Istanbulites thought twice about leaving home. While last year was not nearly as awful as 2016, the city has taken a huge blow that sent it careening downward after years of positive momentum, at least in terms of tourism, fueled by reports of the innovative, exciting creations of a new wave of Turkish chefs and bartenders.

To make matters worse, the government, no friend of adult beverages, continues to raise a special luxury tax on alcoholic drinks twice a year. This has resulted in particularly high and perpetually climbing prices of the national spirit rakı, making it more and more difficult for us to seek comfort from all the madness in the pleasantly potent drink, heaven in a slim glass when sipped with meze, green melon and white cheese. Unable to turn a profit, many bars and meyhanes have closed down while droves of middle-class Turks have turned to home brewing to circumvent the high cost of store-bought liquor. 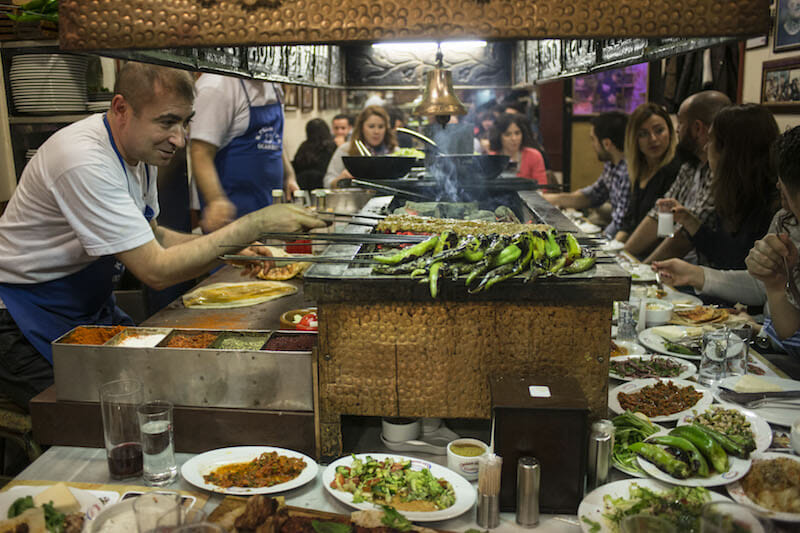 All in all, though we’ve witnessed changes, many things remain intact. The city is still a simmering synthesis of delicacies and delights from all over, many of which are within a convenient arm’s length. If we have an inkling for Erzurum’s çağ kebabı, Trabzon’s kuymak, Adana’s bicibici, Mersin’s tantuni, or Hatay’s humus, we know where to go, and we can be certain beyond a reasonable doubt that the person making the object of our desire in that particular moment isn’t going anywhere anytime soon.

In our home base of Kurtuluş, we’ve been watching warily as the number of hip coffee shops increases slowly but surely, though we don’t think they are a threat to the area’s deeply rooted small-business culture. Walking down the main street and exchanging pleasantries with the shopkeepers we’ve become friendly with reminds us of the rich neighborhood culture that thrives here and in so many other places throughout the city in spite of everything. 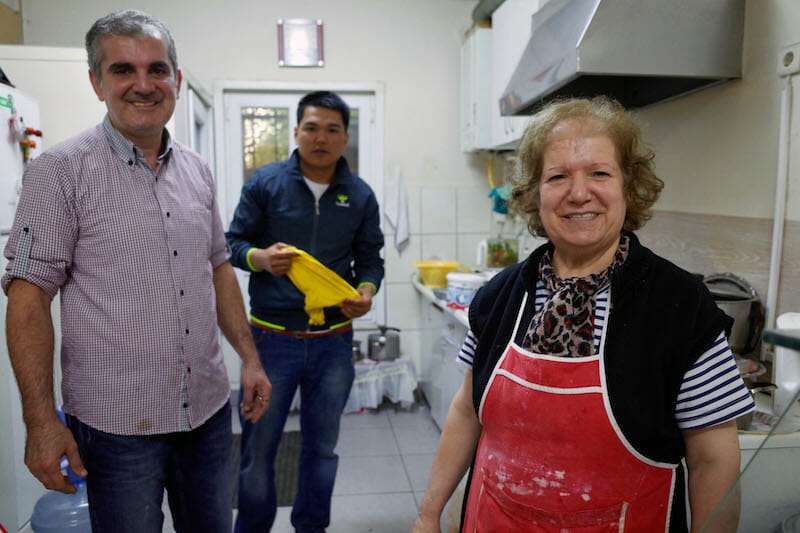 And while our pockets have been hit hard by the constant hikes on booze, we still manage to find ourselves in our favorite meyhanes crowding around a bottle of Tekirdağ and an assortment of exquisite meze, some of which are so complex and rich in flavor we cannot believe they were made with just two or three ingredients. It is during these moments when we clink our glasses and smile at one another, happy to be in (what is still) the world’s most wonderful city enjoying its many pleasures.