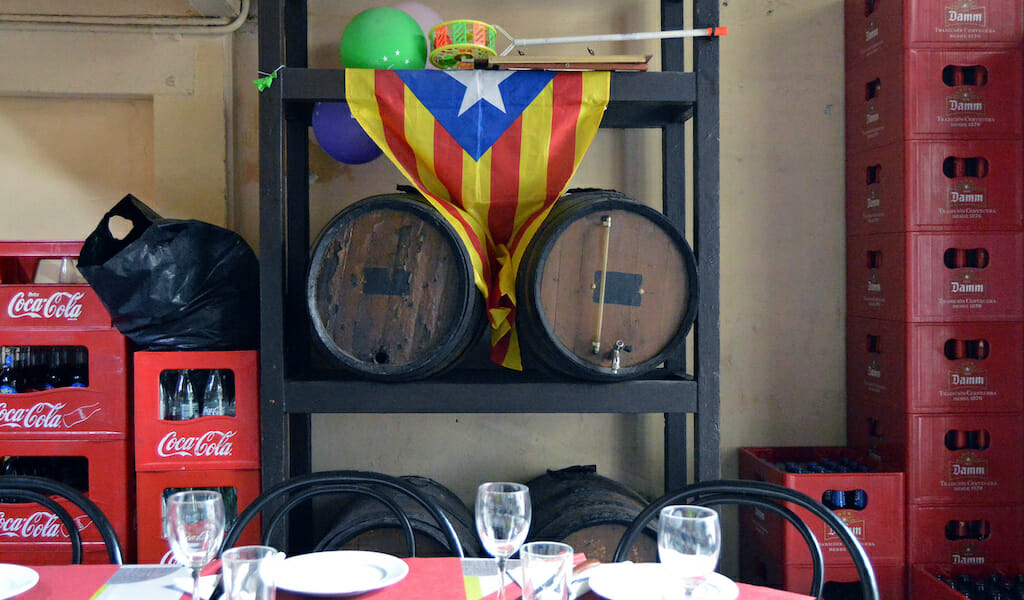 Barcelona: State of the Stomach 2018

In 1977, just two years after the death of Franco, the great Catalan gourmet Manuel Vázquez Montalbán published a book titled L’art de menjar en Catalunya (The Art of Eating in Catalonia). The book, as well as the prologue written by Montalbán’s mentor Néstor Luján, rang the alarm bells, claiming that authentic Catalan cuisine was in grave danger and on the brink of disappearance.

As Montalbán saw it, the unique Catalan culinary identity has been reduced to a few ubiquitous dishes: pan a la Catalan (bread with tomato pulp and ham) and rabbit with aioli. This demise was due, in his opinion, to the frenzied pace of modern life, the lack of high-quality ingredients, the ignorance of both restaurateurs and tourists regarding what good cuisine, not to mention true Catalan cooking, looks and tastes like and, of course, the Franco regime’s efforts at suppressing regional identities. Looking forward, Montalbán argued that Catalans had let their guard down and must now reclaim their culinary heritage. 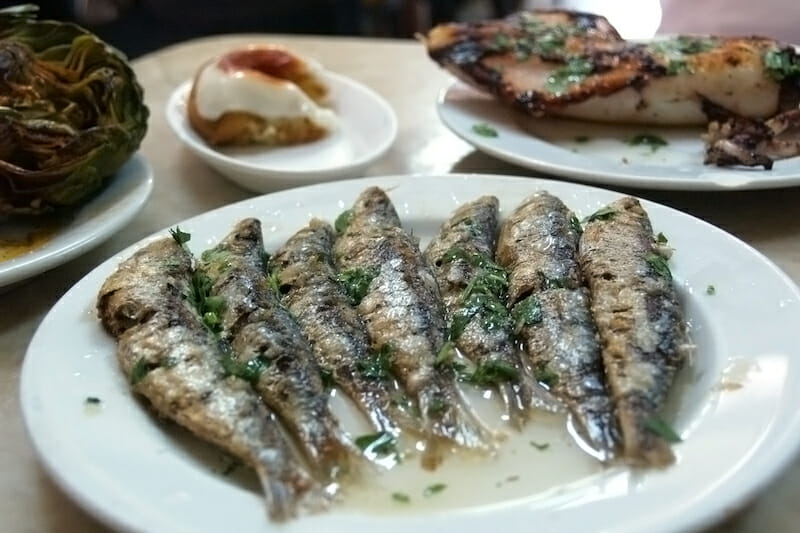 In the book’s second edition, published in 1984, in the midst of Spain’s burgeoning democratization and modernization efforts, Montalbán felt compelled to correct his initial impression in an introductory note. He wrote, “Catalan cuisine has made a great recovery effort, which has translated into new restaurants, the requalification of restaurateurs, the re-publishing of abundant culinary literature from the past…” At that time, when Spanish cuisine was still being reduced to paella and sangria in the popular imagination, he already mentions the rise of a more discerning customer and of a new generation of amateur chefs as well as the growing sophistication of the local wine industry as factors that were slowly bringing back the lost richness of Catalan cuisine.

Looking back at this edition of Montalbán’s book today, we can see how far Catalan cuisine has come – it has had a full-blown resurgence, to the point that Barcelona currently has a well-developed and strongly rooted Catalan culinary scene, something that wasn’t true a few decades back. In that sense, the reclamation of Catalan identity in the post-Franco era has not just been a political endeavor but also a culinary one. 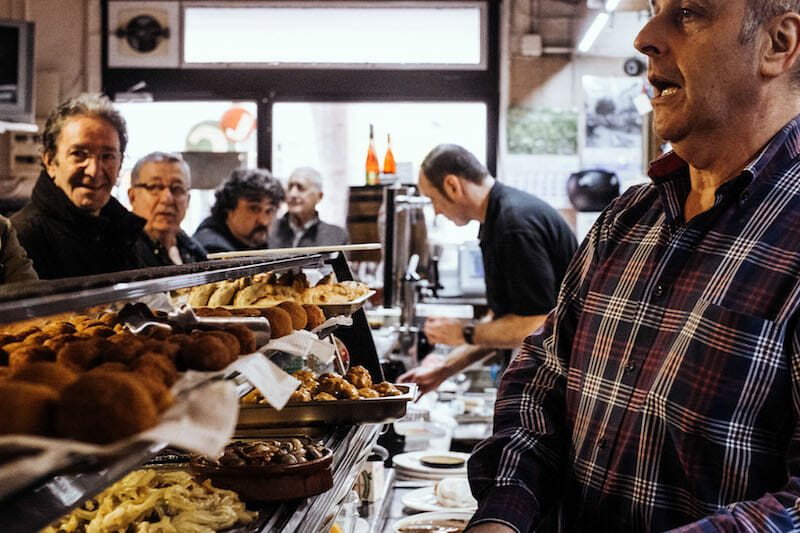 In operation for more than 20 years, the Fundació Institut Català de la Cuina i de la Cultura Gastronòmica (Foundation and Institute of Catalan Cuisine and Culinary Culture) every day unearths more fascinating historic documents, rescuing “lost” recipes and dishes from obscurity. Barcelona is now also home to a growing number of newly opened restaurants and bars that are helmed by a generation of well-educated chefs who have perfected the “must-try” classics of Catalan cooking and also trying their hand at some of these rescued and forgotten recipes. Places like Freixa Tradició, Sergi de Meiá and Gaig, among many others, offer Catalan cuisine with twists and improvements that are drawing in crowds eager for something both new and old, creative and traditional. And that’s not even mentioning the work done by Ferran and Albert Adrià, the brothers behind El Bulli, to situate Barcelona as a center of culinary innovation.

These new spots, meanwhile, are kept company by a good number of traditional Catalan restaurants, such as Can Pineda, Can Lluis, Can Solé, El Bilbao and El Gelida, that were able to survive those decades when Catalan identity was an endangered thing and today feel more relevant than ever. 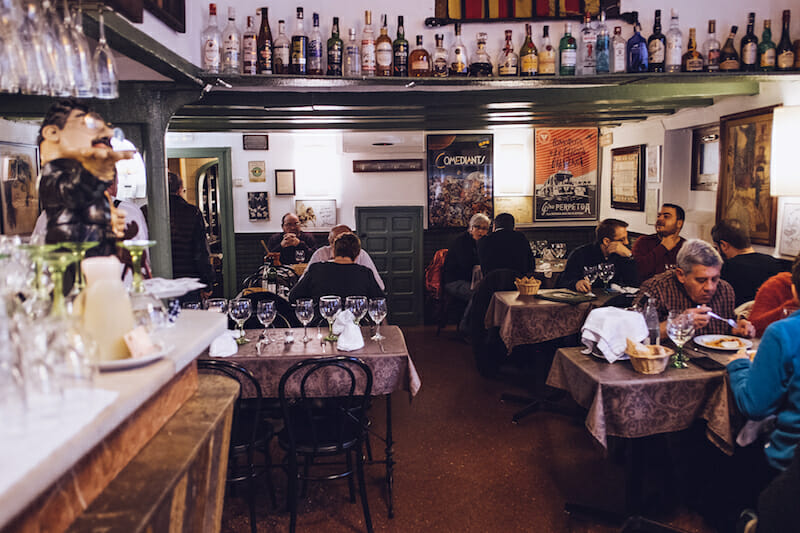 Rather than disappearing, as Montalbán feared they might, modest yet iconic Catalan dishes like cap i pota (a traditional Catalan stew made with calf’s head and leg and chickpeas), escudella i carn d’olla (a soup of large, snail-shaped pasta shells and meatballs), snails a la llauna (snails roasted in the oven), and botifarra amb mongetes (sausage and bean stew) are these days a regular part of the daily specials in a good number of popular restaurants in the city.

And just as there has been a renewed interest in reclaiming these old-fashioned dishes, food producers in Catalonia have felt a calling to go back to the land, working hard to make cheese, harvest olives and make wine with a local identity. In order to honor Catalonia’s culinary history, producers are working to recover old traditional varieties that used to play an important role in the local cuisine. Ganxet beans, Montserrat tomatoes, Malvasía de Sitges grapes, peas from El Maresme and the Ripollés breed of sheep are just a few examples of products that are being brought back. Considering the rise in popularity of Catalan food products, it’s no surprise that the Slow Food association in Barcelona is called Vázquez Montalbán – a tribute to one of its early partners, so to speak.

The reclamation of Catalan identity in the post-Franco era has not just been a political endeavor but also a culinary one.

But challenges still exist for Barcelona’s kitchens, particularly in the form of the intense “touristification” taking place in the city. This past July saw the highest number of tourist visits in the history of Spain, and in Barcelona the impact of tourism over the last decade has been such that many of the city’s residents see it as one of Barcelona’s main problems. There have even been protests against the byproducts of the growth of tourism in the city, such as irresponsible behavior on the part of visitors, real estate speculation and the loss of neighborhood life. As the number of visitors to Barcelona has steadily grown, locals – as well as restaurants and other old-time neighborhood institutions – have been forced to move out from neighborhoods in the center and port area to districts on the periphery, making tourism and gentrification parts of the same process.

A good example of this was the restaurant El Racó del Mariner, which was forced to move from its central location in Barcelona’s old port to make way for a luxury marina. The restaurant’s new home is in Port Forum, a brand new marina on the edge of the city. Fortunately, despite the initial resistance of its loyal clientele, the restaurant is working with the same spirit as before and is now better than ever. 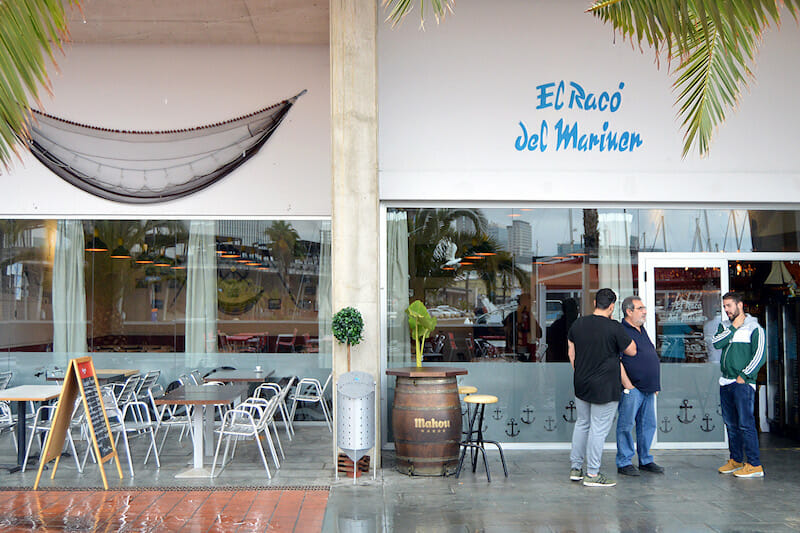 In response to the impact of Barcelona’s forces of touristification and gentrification, other restaurants are choosing to open in less “buzzy” neighborhoods just outside of the city center. As a result, the talent of a whole generation of professional chefs with national and international experience is spreading across the city, arriving in more affordable areas where it’s still common for neighbors to become regulars at restaurants and friendly with the owners.

In the post-industrial Sants neighborhood, where the economic crisis of the last few years led to many vacant spaces, restaurants like La Mundana, El Petit Pau and Sants Es Crema are bringing new blood to an area with a strong working-class personality and numerous old-school spots serving traditional cuisine. Other areas in the city are also fertile ground for interesting culinary projects. In Poblenou, another neighborhood with an industrial past that is fast becoming a hip destination, restaurants like La Forquilla, the gastro-tavern Els Tres Porquets and the recently opened L’Artesana, a modern simple spot with top-level cuisine, are helping revive an area that in the late 19th-century was a hotbed of social activism. Even more removed from the center, Granja Elena in Zona Franca and El Lluçanes in Santa Coloma (with one Michelin star) are further examples of this new approach: places with a great concept and cuisine that are reclaiming a neighborhood’s authentic local atmosphere and making the city a better place to be in the process. 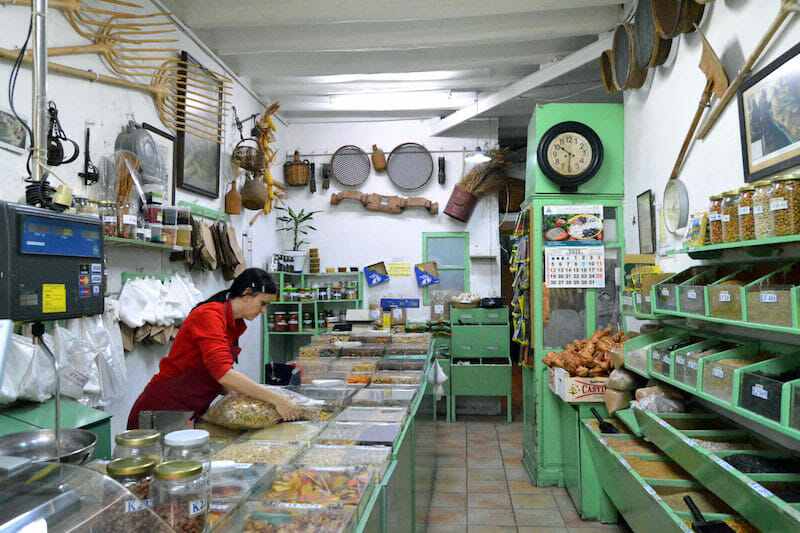 Today, there are many fault lines in Barcelona: political, social and environmental. There is tension between the business interests of the tourism industry and local efforts to maintain neighborhood values, between maintaining its own identity and coexisting with others, between the local and the global, the productive and the sustainable. But there is also the tension that comes from pushing things forward to the next level, making something that’s good even better.

Within all of this, Barcelona’s culinary world is as active as always, balancing its local identity, which is stronger than ever before, with the global ingredients and cultures that have become ever more prevalent in this cosmopolitan city. We like to think that Montalbán and Nestor Lujan would be really excited by the current state of affairs. But we imagine that their original vision wouldn’t have changed much: never let the defenses down. 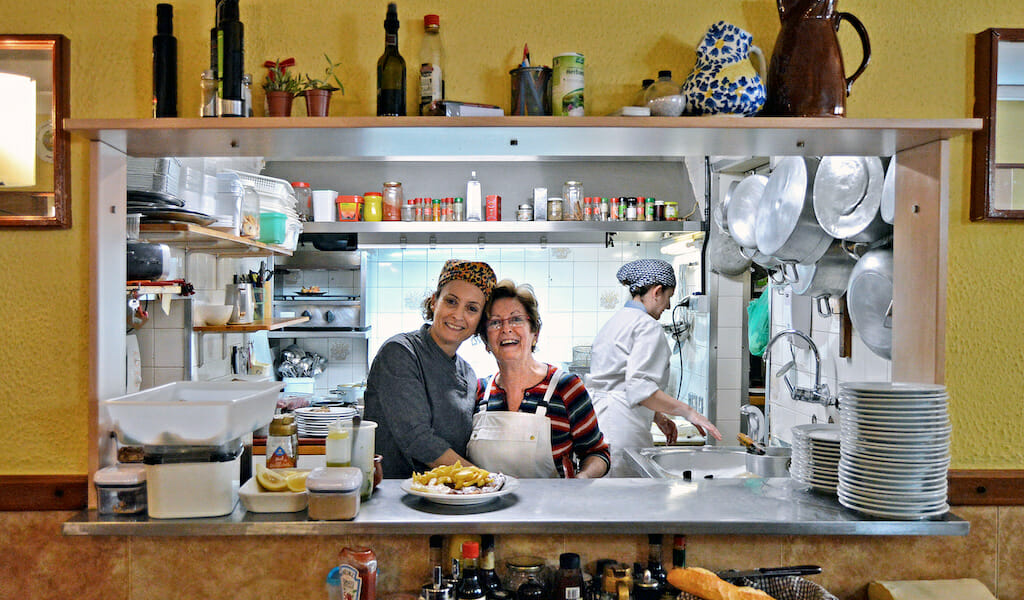 Out to Lunch: Barcelona’s Temples of Midday Comfort Food

Barcelona | By Paula Mourenza
By Paula Mourenza
BarcelonaThere’s something so soothing about taking refuge in a simple restaurant in the middle of a tough work day. These temples of comfort food dot Barcelona streets, with their daily specials written on a flimsy piece of paper or a blackboard. Come midday, laborers of all kinds – from blue-collar workers to executives in suits…