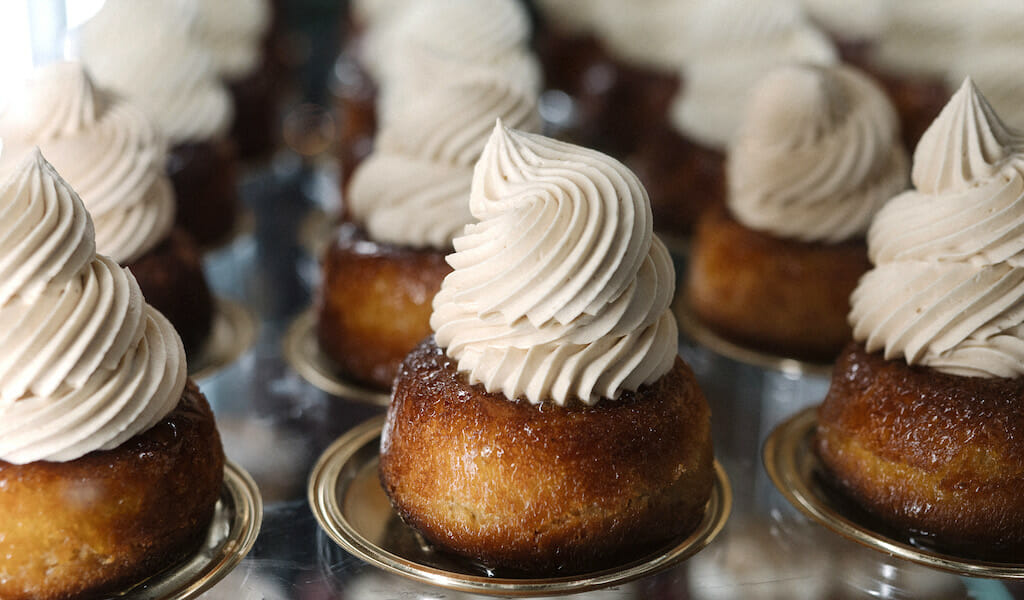 It was a late night in 2009 when Thanos Prunarus finished his shift at Pop, a now-shuttered bar in Athens’ historical center on the tiny Klitiou pedestrian street. He was just a few steps out the door when he spotted a “For Rent” sign taped to the front of an old, empty store.

This area of Athens used to be a part of the central market, with pockets of streets specializing in selling specific categories of products like buttons, doorknobs, textiles or wool. Some of the small, ancient-seeming shops selling these goods have managed to stay open despite the big historical center development boom that’s taken place in the last decade. Many, like the shop that caught Thanos’ eye, did not. In their place, however, you’ll find restaurants, cafes and bars striving to preserve the authentic, retro look of their forbearers, giving this part of the city an enchanting charm.

A few months after spying the shop, Thanos opened one such bar in its place. Not new to the scene, he had been working in some of Athens’ legendary bars of the late-90’s and early-2000s, like Pop and Bar Guru Bar, also now closed. He put this experience into opening Baba au Rum in March 2009, and its reputation has managed to surpass Greek borders, receiving multiple international awards over the years. Thanos became a recognized mixologist, traveling the world as a guest bartender and becoming an internationally accredited rum expert and a tasting and grading judge. 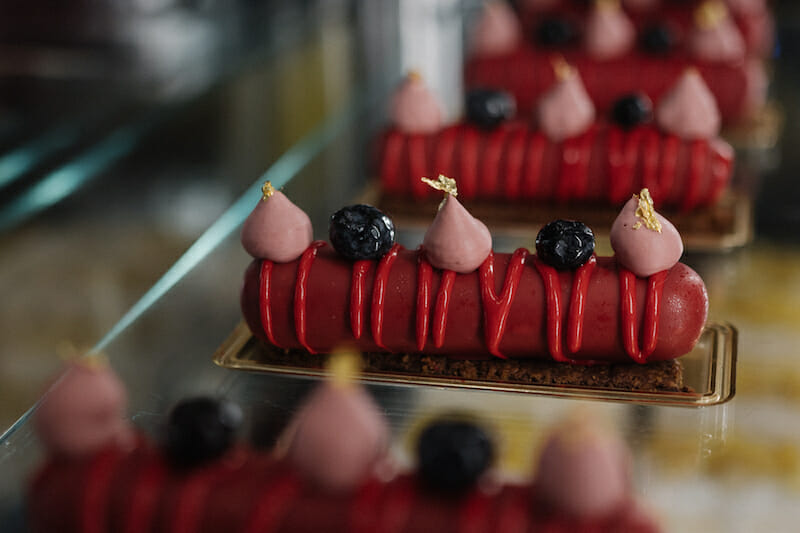 One day a few months back, we unwittingly walked into Thanos’ newest venture, In Love Again, opened inside a former yarn shop just across the street from Baba au Rum. The two-story shop had been lovingly restored during the second series of Covid-19 lockdowns in early 2021, preserving aspects of its original style and giving off a retro vibe to the very modern concept behind the spot. As Thanos explains it, his new place was inspired by the unique psychological and emotional state of mind when falling in love – a feeling of excessive creativity, inspiration and bliss that is born when in the throes of passion.

Like the erratic mind of someone in love, In Love Again is also all over the place, but does its thing with complete devotion and great success. It specializes in exceptional coffee, cocktail-inspired pastries and…. indoor plants. The store is well-designed with vintage touches and great music – the kind we would normally hear at a cool bar, not so much a pastry shop. The gorgeous plants come courtesy of Thanos’ love for gardening and reflect what he calls his “fine living” concept. “Fine living does not mean something has to cost a lot,” he says. “It has to do with the aesthetics and the quality of life you choose to have. It’s about being surrounded by beauty, and it’s about appreciating design, good taste and fine flavors in both food and drinks.” 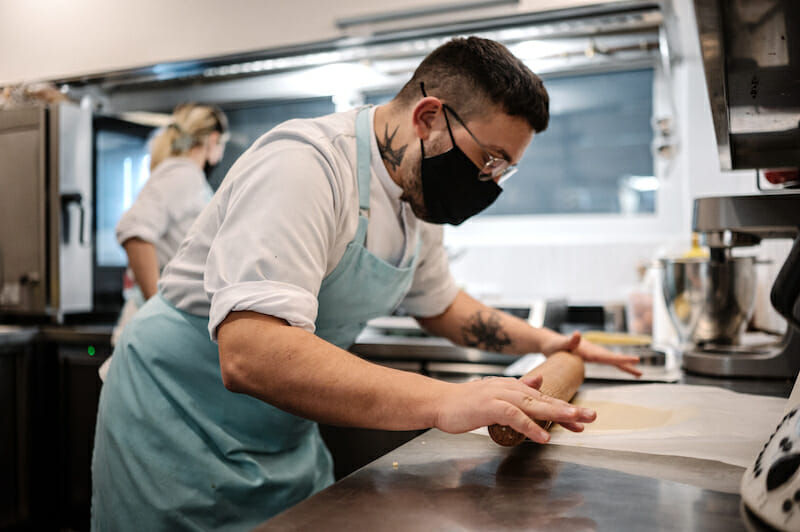 The space has a small outdoor area with half a dozen tables and an open bar and workshop inside. The latter is where the shop’s utterly original pastries are made. Based on recipes designed by the talented chef Michalis Nourloglou in consultation with Thanos, In Love Again’s pastries take iconic sweets that everyone thinks they are familiar with – such as profiterole, cheesecake and rice pudding – and fuse them with some of Thanos’ most successful cocktails. Found inside a fridge on the ground floor, they are lined up like an art collection on display.

Like the erratic mind of someone in love, In Love Again is also all over the place, but does its thing with complete devotion and great success.

There is the Baba au Rum, of course, in honor of its sibling across the street. It comes in two flavors: the classic (a rum baba or baba au rhum is a cream-filled cake soaked in rum), or doused in a caramel and homemade fassionola syrup (a tropical cocktail syrup made with passion fruit, orange and peach). This choice is made even harder when the Mai Tai citrus tart is thrown in. It is made of a merengue flavored with orgeat syrup (made of almond and bergamot) and a light, lime cream. Then there is the Zombie profiterole, its choux filled with aged rum cream, white chocolate, pomegranate glaze and a light grapefruit and pineapple marmalade.

Among these delicious, fresh and not-too-sweet desserts are also vegan and dairy-free options. Bougatsa, a traditional sweet pie that normally has a custard filling, is prepared with oat milk and cinnamon, and honey from the island of Ios spiced up with ginger. Cakes, rolls and buns are baked daily, and all creams are made with acacia honey instead of sugar. 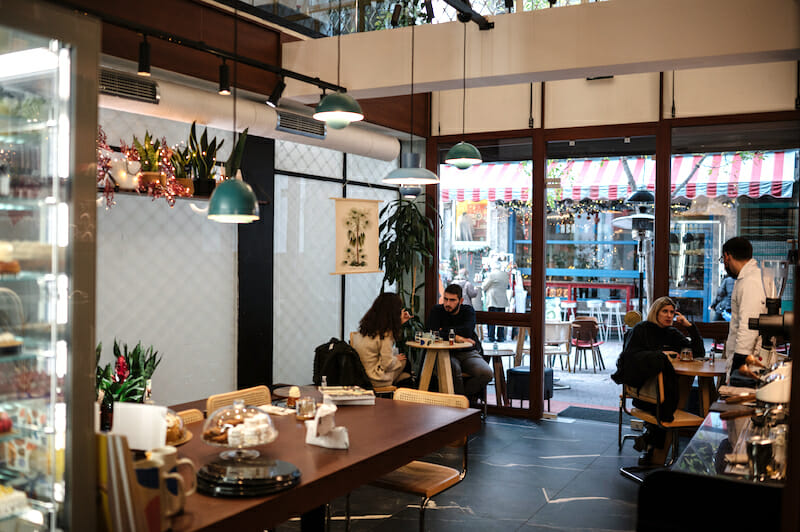 Apart from the sweet treats, they also serve a brunch menu until 7:00 pm. There’s thin pies with ground beef or stracciatella cheese and lime, and the “Kayana” – made with organic eggs, scrambled Greek-style with tomatoes. We particularly love their open tuna sandwich topped with horseradish, yellow beets, green apple and celery. The coffee at In Love Again is a special house blend, a signature of Yiannis Taloumis, one of the leaders of the coffee business in Greece and founder of Taf Coffee. Taf imports raw beans and they create blends and different roasts, supplying shops around the country and training roasters and baristas.

Thanos couldn’t help but bring his boozy touch to In Love Again, but here the cocktails are strictly based on this excellent coffee. There’s a coconut and coffee Negroni, the White Coffee Russian, superb Irish Coffee with a splash of whiskey or Jamaican Coffee with a dash of rum. Local Greek rosé wines are also on the menu, and are a perfect match for the desserts. The in-house Tropical Ale, called Blame the Sun, is an artisanal beer made in collaboration with a local microbrewery. It has fruity notes and its brewing method is influenced by the rum production process.

In Love Again closes at 11:30 pm, which works well for an early-evening drink to get things started before jumping across the street for more. Ever the innovator, that may have been Thanos’ plan all along. 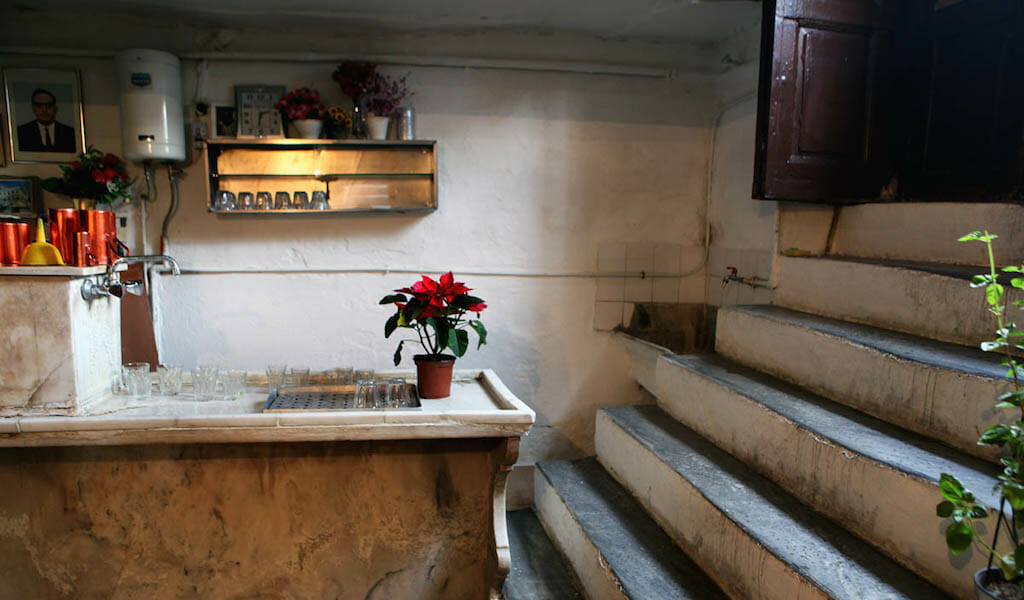 Athens | By Carolina Doriti
By Carolina Doriti
AthensThe last two years have been different in many ways. The pandemic kept restaurants, bars and cafes closed for a long period of time, depriving people of every kind of social activity. Many of us went back to cooking elaborate meals at home, and those of us who didn’t ordered food from the growing list… 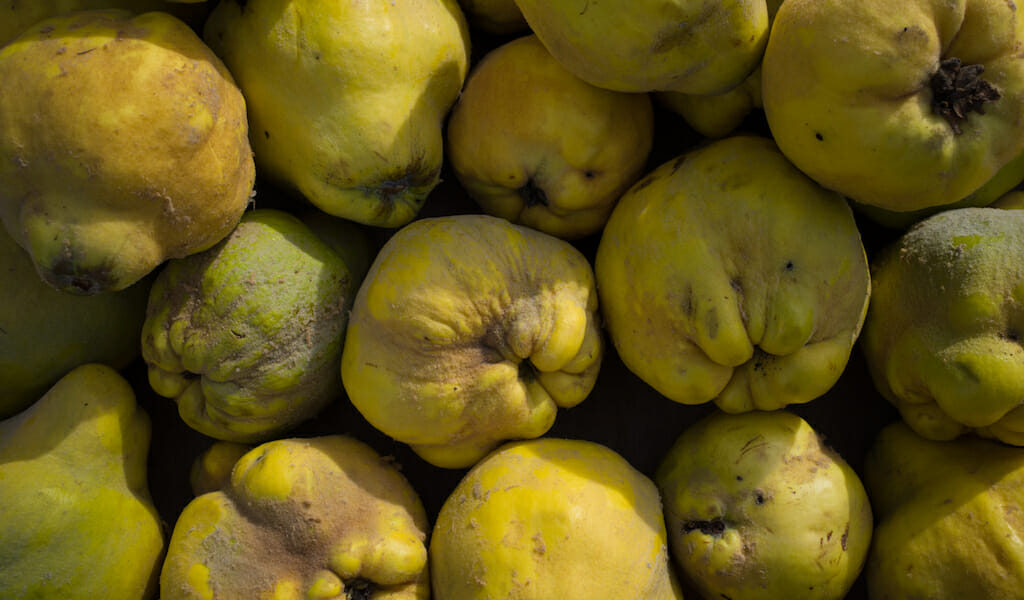 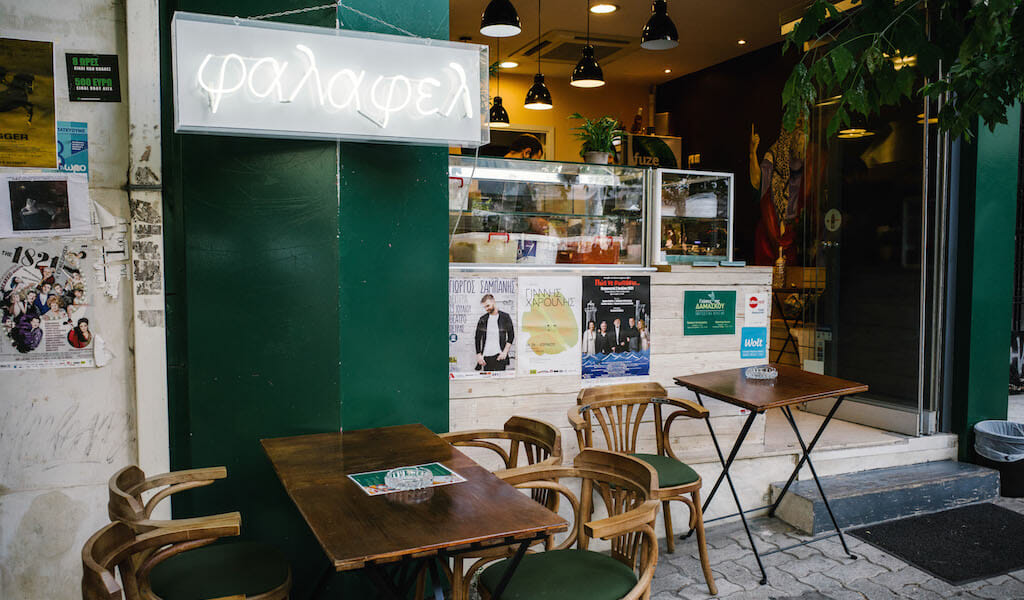