In 2013, Anthony Bourdain and the Parts Unknown team arrived in Batumi, the capital of Adjara, to shoot the first segment of their Georgian adventure. The show’s producers invited Zamir Gotta, a Russian sidekick unfamiliar with the city, to join him. They visited a casino, strip club and mediocre restaurant for khashi, tripe soup, which failed to impress Bourdain. When the episode aired, local social media users flamed with disappointment over the Batumi portion in particular: “Casinos and strip clubs! That’s not Batumi!”

While they aren’t the places we would have taken Anthony Bourdain, they are most certainly Batumi, along with the rainy summers and stifling subtropic air, the new five-star hotels and crumbling Khrushchyovkas (Soviet apartment buildings), a McDonald’s housed in an award-winning modern structure and a chacha-spouting fountain that dried up shortly after it was built in 2012. Batumi, with its shoreline of sea-polished stones, Russian-speaking tourists, Turkish döner joints, and hole-in-the-wall, rent-a-date cafés, may be reinventing itself into a “Black Sea Las Vegas” but it is first and foremost a port town and has been for around 2,500 years. 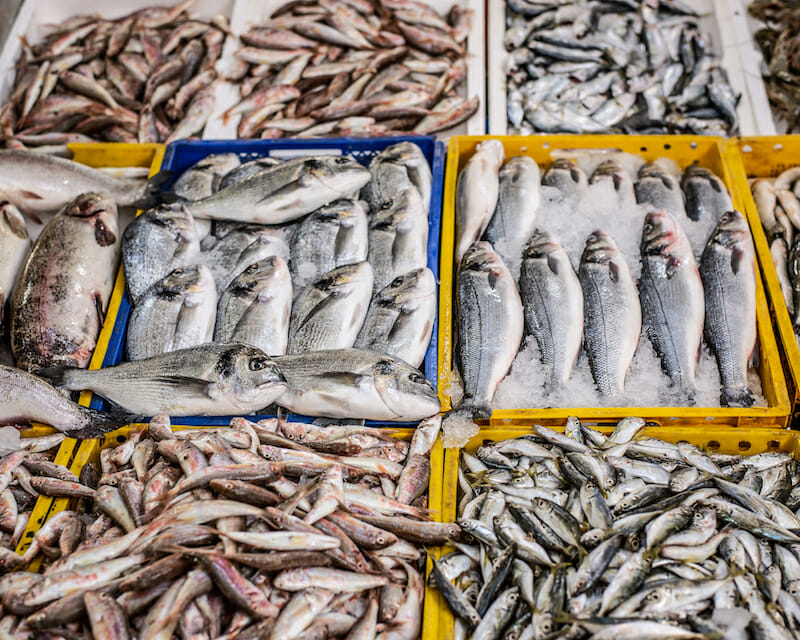 Where there is sea, there is fish, and Batumi is no exception. The ancient Greek travel writer Herodotus noted in the 4th century BC that fishing was the main activity of Georgian Black Sea tribes, and the 17th-century Italian missionary Arcangelo Lamberti recounted western Georgian cuisine being “rich in fish products.” The legacy, however, is all but forgotten.

Today’s Georgian fishing fleet is so small that the government has rented out 90 percent of its Black Sea catch limit to Turkish and Ukrainian companies. Nevertheless, you can find daily deliveries of anchovy, hake, sprat, whiting, dorado, salmon, grey and red mullets, turbot and others, including crawfish and mussels, at the Batumi Fish Market, which is where we would have taken Bourdain.

Stuffed in the main harbor between the busy Route E70 and several fish restaurants, Batumi’s fish market – the only one on Georgia’s coast – is as raw and humble as they come.

Stuffed in the main harbor between the busy Route E70 and several fish restaurants, Batumi’s fish market – the only one on Georgia’s coast – is as raw and humble as they come. A little over half a dozen fishmongers sell wild and farmed fish every day. You can buy your own fish, get it cleaned for a couple lari, bring it to a restaurant out back and ask them to cook it up for you.

“Barabulka are royal; they’re our most popular fish,” says Titso Chemia, pointing at a crate of gleaming fresh mullets on ice that sell for 15-20 lari ($5-6) per kilo. Dusted in flour, deep fried and eaten whole – head and all – barabulka are indeed the most common seafood menu item in the country. We loved those served at Fishlandia, one of several outdoor restaurants behind the market on the port. 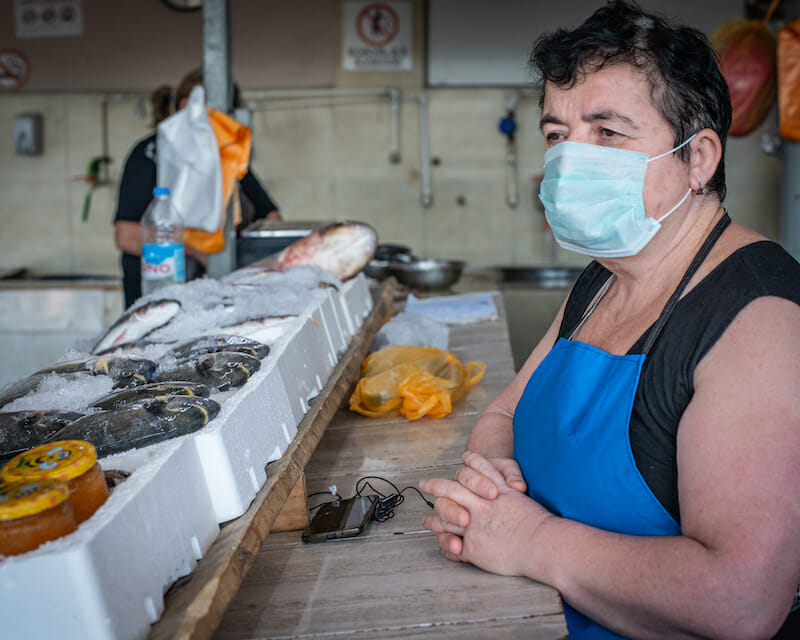 Titso arrived in Batumi when she was forced to flee another Black Sea port in Sokhumi, Abkhazia, 27 years ago, as ethnic Georgians were being “cleansed” from the breakaway territory. “I’ve been here since the beginning,” she affirms (the market opened in the early 1990s). In fact, many of the market’s vendors (even its director) are internally displaced people from Abkhazia, like Rusiko Gogua, who fled when she was 11 years old. Until recently she was a breakfast cook at a local hotel; then Covid-19 arrived and the hotel shut down.

As Titso tells it, the pandemic closed the fish market for three months and since reopening they have a bigger selection of fish for sale because border restrictions have been keeping the Turks out of Georgian waters, a claim we could not independently verify. When we were here several years ago, however, barabulka, mackerel and dogfish were about all the market had, but it could have been a bad day. 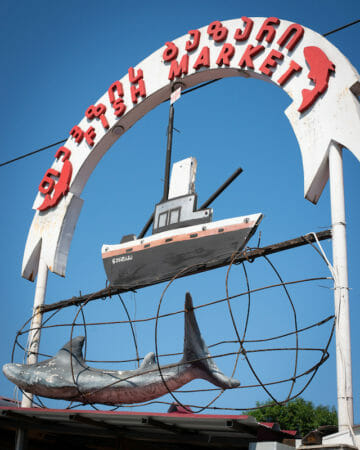 Modern Georgians aren’t known to be big seafood eaters, although before fishing laws were enforced in the mid-2000s you could find beluga or sturgeon, often skewered and grilled and served with a thick pomegranate sauce, on many Tbilisi menus. While fish consumption is not at the pre-independence rate of 19 kg per capita, the latest studies reveal it has been going up from 4 kg in 2010 to 8.2 kg in 2016.

The market will soon be moving to a larger space next door, the location of a fish joint that blew up in a late-night gas explosion last June. Rusiko Gogua thinks she’ll probably stay on even if hotels reopen.

“Fish was never my thing, I never cooked it,” Rusiko confesses. “But now, I eat more of it. I like fish.”

This article was originally published on September 14, 2020. 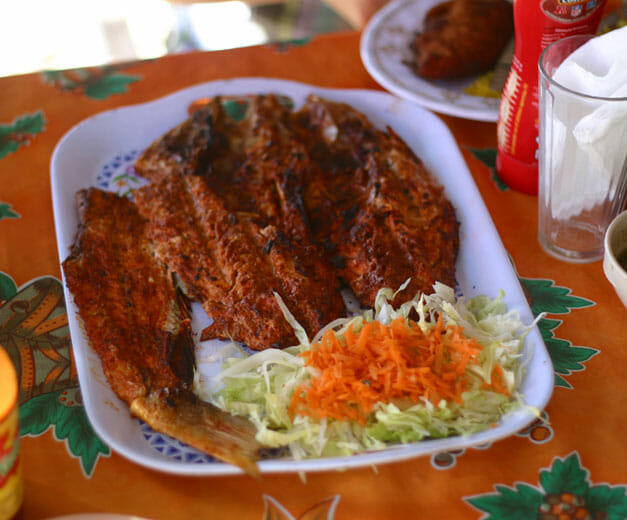 Mexico City | By Ben Herrera
By Ben Herrera
Mexico CityAcapulco, the famed resort town of the state of Guerrero, on the Pacific side of Mexico, has been the most popular getaway destination for chilangos (slang for Mexico City residents) for generations. The proximity of this beautiful bay to the capital – it’s just a four-hour drive or 45-minute flight – makes it easy for…