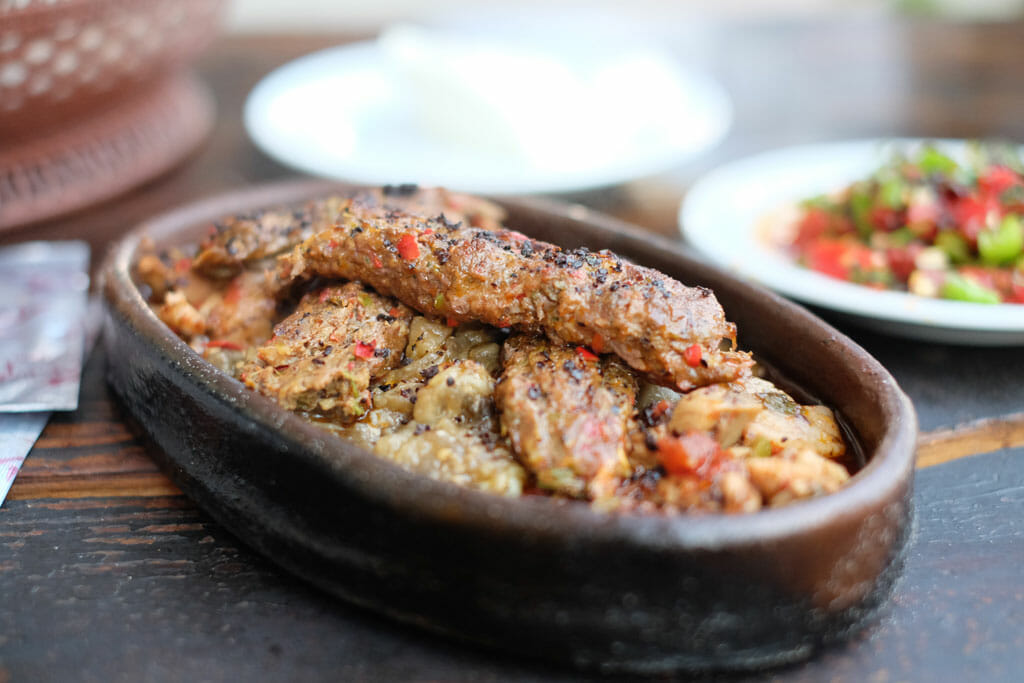 We got hungry after doing some serious exploration in the Asian-side neighborhood of Mustafa Kemal, a hotbed for left-wing groups and a melange of informally built homes in the shadow of the rapidly developing district of Ataşehir. Passing by a string of uninspiring döner and pide joints, we inevitably opted to do what works best: follow our noses.

The ragtag quarter is better known as 1 Mayıs, taking its moniker from a bloody, chaotic scuffle in Taksim Square on May Day, 1977, that left over 30 dead. Home to a working-class Alevi population of Central and Eastern Anatolian migrants who came to Istanbul in the 70s, the neighborhood is tagged on every other wall with the acronyms of leftist groups (legal and illegal alike) alongside posters of martyred revolutionaries. These kinds of neighborhoods typically attract heavy police attention, and 1 Mayıs is no exception. A freshly painted police station stands imposingly in the dead center of the main street.

We’ve always found that these types of neighborhoods, due to their politically charged character and strong local business culture, are packed with hidden treasures, be it a streetside kokoreç stand, a saz repair shop that doubles as a local rental agent or a collective-run grocery store. A diminutive street-corner dürüm shack presumably run by a gentleman named Bülo caught our eye, but Bülo himself was nowhere to be found, so we pressed on.

By the time we reached the foot of the winding quarter, the unmistakable aroma of grilled meat suddenly wafted into our nostrils, sending waves of oxytocin hurtling through our system. It was love at first scent. What we found in front of us was Sinem Kebap, a salaş (pleasantly shabby) grill house sandwiched inside a row of raucous auto repair shops. 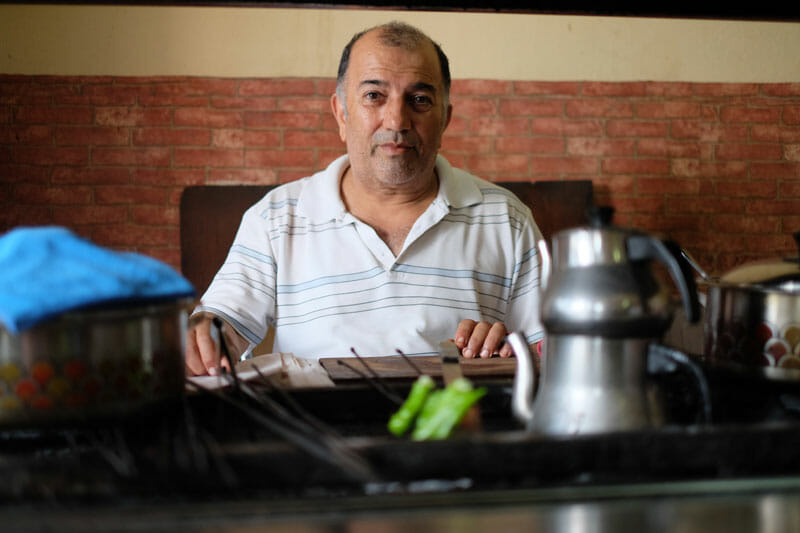 Ihsan Usta is the man behind the grill, and kebab is his lifelong passion. “I’ve been doing this since I was 10 or 11,” said the middle-aged master.

1 Mayıs is no ordinary neighborhood, and Ihsan Usta’s specialties are no run-of-the-mill kebabs. On that first visit, we ordered a portion of tavuk şiş, expecting a competent serving of marinated grilled chicken skewers served alongside flatbread with bulgur pilaf, onions, peppers and tomatoes.

We knew something was different when the first plates to arrive were a small dollop of yogurt and a salad consisting of chopped green peppers, tomatoes and mint dusted heavily with sumac. These are not your standard accompaniments. The salad was tangy and spicy, and the yogurt took its edge off.

The main course came out and our eyes bulged. Instead of the standard skewers, what laid in front of us was a güveç (an oval clay tray used for roasting) stuffed with a layer of roasted eggplant and mushrooms, topped with morsels of chicken and doused in pepper flakes. The eggplant was creamy, rich, smoky and a perfect companion to the powerful punch of spice that the dish packed.

On a second visit, we went with the Adana kebab, which was an expertly grilled skewer sliced and placed atop the same bed of eggplant and mushrooms. Ihsan Usta hit another one out of the park.

Despite his lifelong penchant for grilling, Sinem Kebap was opened just 12 years ago, and beforehand Ihsan Usta worked a number of different jobs. But the kebab – and his unique take on it – always stood gleaming on the horizon. He’s very protective of his recipe and techniques and balked at some of our questions. It was almost as if he was paranoid that we were there to steal his secret. 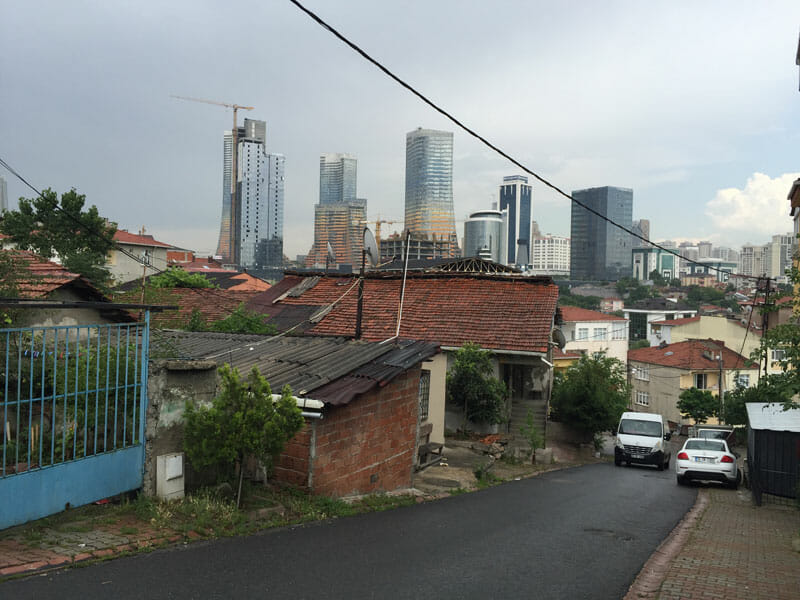 As we ate, the squeal of rotating wheels from the auto shop neighbors pierced the air, and a cluster of grotesque skyscrapers loomed in the background. 1 Mayıs is home to scores of humble gecekondu homes framed by quaint gardens that look out on these glittery new towers that threateningly occupy the sky. In the immediate area is a gritty esnaf, or small business, culture that seems resolved to stick around while the district of Ataşehir increasingly develops symbol of wealth and finance.

“If people don’t like my food, it doesn’t bother me,” Ihsan Usta stated plainly. While we doubt he shares the leftist ideologies of his neighbors from up the hill, his kebab is certainly revolutionary. As long as he’s around, we can expect him to do things his way, on his terms. In a city where beautiful unique things seem to disappear and be replaced in the blink of an eye with the stamp of globalization’s banal uniformity, Ihsan Usta’s innovation and determination are admirable.