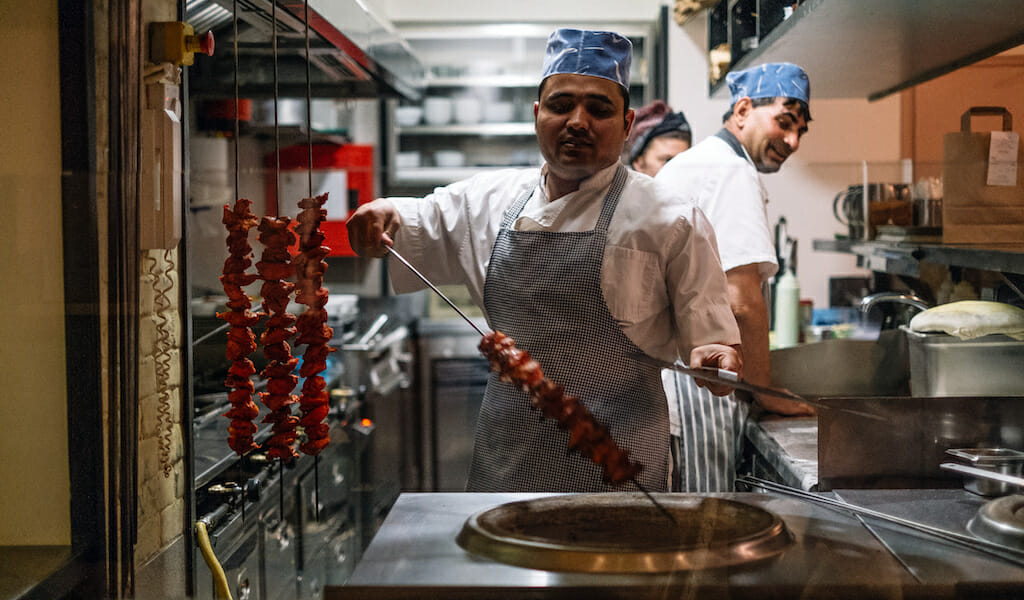 Greek food has been experiencing a renaissance in recent years – an unexpected byproduct of the country’s economic struggles. Greeks are rediscovering their culinary roots, and the world outside is also taking a new look at the country and its cuisine, raising Greece’s profile as a culinary destination in the process.

But running parallel to this tale of economic stagnation and culinary resurgence is the story of economic migrants and refugees, people who fled to Europe in the hopes of finding a better life. While the focus as of late has understandably been on the Syrian refugee population living in camps throughout Greece, economic migrants from a wide range of countries have been quietly toiling away in Athens for years.

One such migrant is Javed, who was born and raised in Gujrat, a city in Pakistan not far from the Indian border. A professional cook all his life, Javed used to own a small family restaurant in his hometown. But in the 90s, when Pakistan faced a swiftly declining economy – Pakistanis often refer to it as “the lost decade” – Javed, like many others, decided to immigrate to Europe, leaving behind his wife and children in the hopes of earning a living wage. 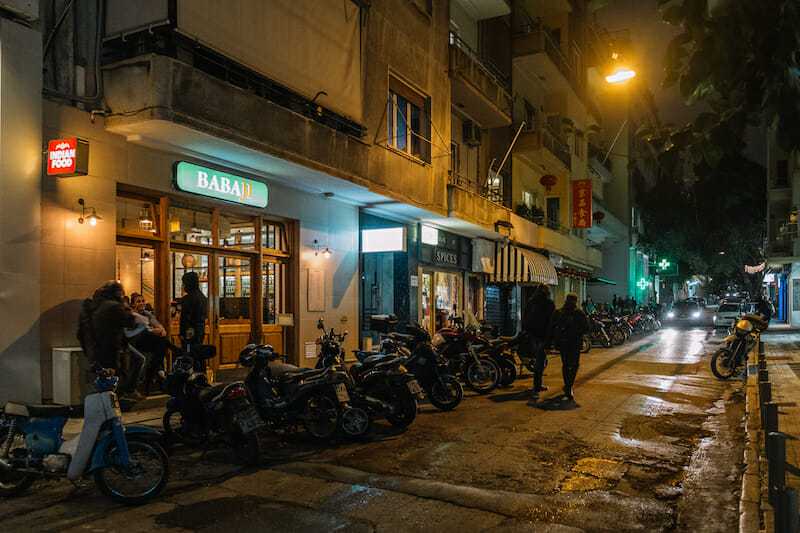 What makes Javed’s story different is the culinary success he has had in Athens. In 2014, after many years of working in other people’s kitchens, he opened Babaji, his own Indian restaurant, in a prime location: on Nikis Street, near Syntagma Square, both a popular place for local workers to grab a quick (and usually cheap) meal and a large tourist hub. While the area around Nikis and Apollonos streets has gradually seen more and more restaurants focusing on food from other parts of the world – there are places serving falafel, dim sum, arepas, tacos and Indian food, among others – Babaji stands out, not just for its excellent food but also because it is one of the few immigrant-run places in the area, which is buzzing both day and night.

Most economic migrants dream of making it to northwestern Europe – countries like Germany, Belgium and France – where they imagine it won’t be too difficult to get a fairly good job and earn enough money to send some back to the families they left behind. But many find themselves staying in their first port of call. That’s what happened to Javed, who managed to reach Greece via Turkey in 1998, when he was 31 years old.

For several reasons, he wound up staying in Athens, where he got the necessary permissions to work. Like always, he found himself in a kitchen, preparing food at different restaurants. But his dream was to open up his own place. So he set himself a goal: put enough money aside so that he could strike out on his own, which would make it easier for him to bring his family over. After 16 years of hard work, he finally managed to open Babaji.

The Indian-style souvlaki is heavenly – the perfect collision of Subcontinental and Greek cuisine.

Named after the Indian honorific that means “father,” the restaurant is small, with only few tables. The interior has a modern feel and the open kitchen allows visitors to watch Javed and his two assistants, a man from Nepal and a woman from Greece, preparing the food. The focus is mainly on takeout food, but this may be because the small number of tables are almost always occupied; rather than wait to be seated, many people choose to get their food to go.

It helps that the restaurant’s most popular dishes are easy to take on the run. Noticing the popularity of street food and taking inspiration from the Greek souvlaki, Javed decided to create an Indian-style “souvlaki” by wrapping tandoori chicken tikka, salad and a yogurt sauce in a handmade Indian naan bread baked in a tandoori oven. The result is heavenly – the perfect collision of Subcontinental and Greek cuisine in an easy-to-eat format.

But this is only the beginning. Babaji also serves a vegetarian option with chickpea patties (similar to falafel), salad and yogurt sauce wrapped in a tandoori-baked chapati bread. It’s as equally delicious as the chicken version, if not more so. For both souvlakis, the portions are large and the prices inviting – a large chicken tikka souvlaki, which comes in two pieces, is €4 and the vegetarian version (also large and cut into two pieces) costs only €2.50. 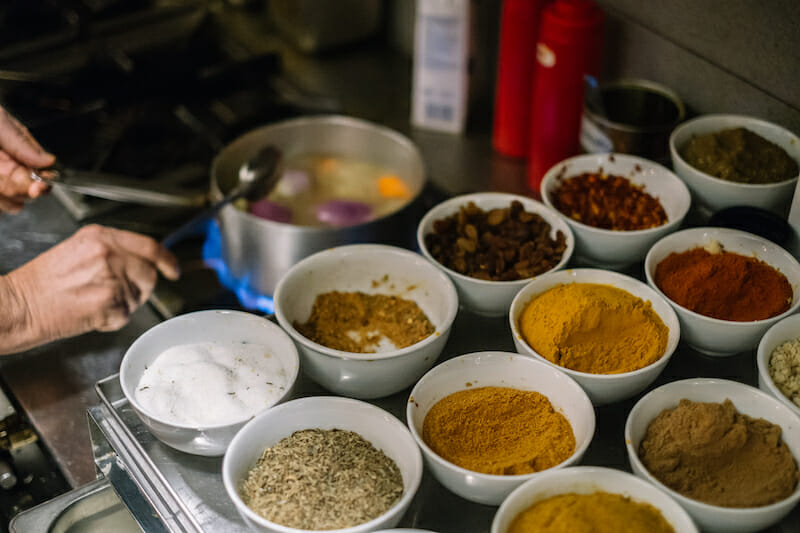 If you want to go beyond souvlaki, try one of their classic Indian dishes – chicken tikka masala, beef vindaloo or lamb karahi – with basmati rice and a wonderfully creamy raita, the yogurt, cucumber and cilantro sauce that is the perfect accompaniment to a curry.

The place is quite small but cozy. We found ourselves invited in by an aroma of spices and cooked basmati rice along with the Indian music playing discreetly in the background. While the restaurant’s meat offerings are perhaps their most popular, we often go in for one of their many vegetarian and vegan options. Our favorite is the classic dish dal tadka, yellow lentils cooked with garlic and a combination of Indian/Pakistani spices. They’ve also recently added to their menu two kinds of warming soups, which are served during the winter months: a red lentil and carrot soup spiced with ground cumin and a creamy, spicy sweet pea and tomato soup with coconut milk, both of which are vegan. Served in large coffee cups, the soups are easy to take on the go while walking around Plaka.

They also have a large selection of beers on offer at very reasonable prices, including Indian beers like Kingfisher and Cobra. And if you don’t feel like going out, give them a ring – they will deliver your order to your door, with no additional charge, in about half an hour, and they cover most of central Athens. 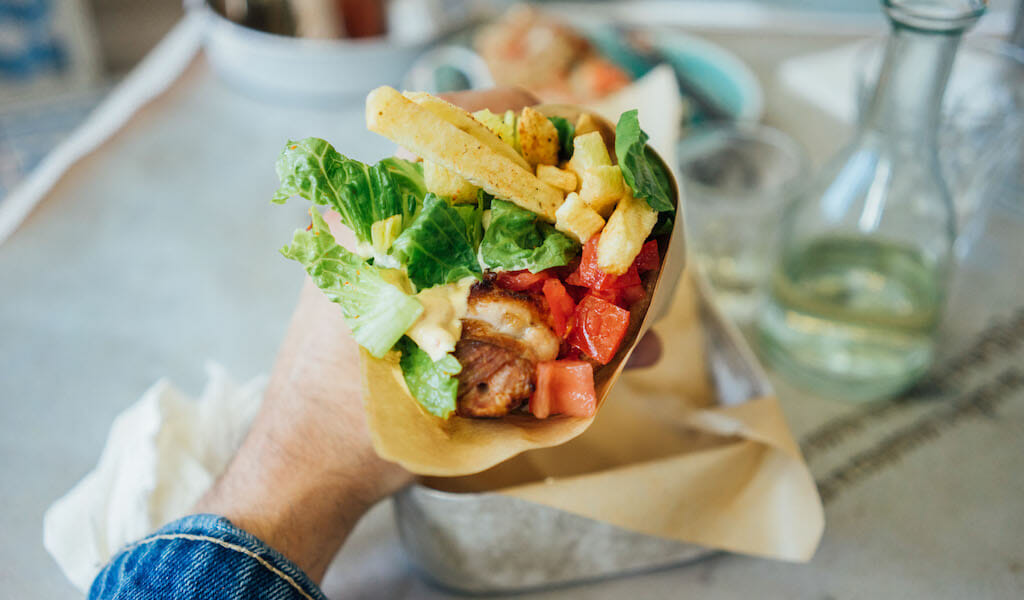 Join our Plaka tour and meet the man behind Athens’ beloved souvlaki.

Athens | By Carolina Doriti
By Carolina Doriti
AthensToday a residential neighborhood four kilometers north of downtown Athens, Galatsi was once comprised of endless fields where shepherds grazed their flocks. Until the mid-19th century, this area at the foot of the Tourkovounia hill range was uninhabited – the shepherds had free rein. All that changed some 150 years ago when the hills began… 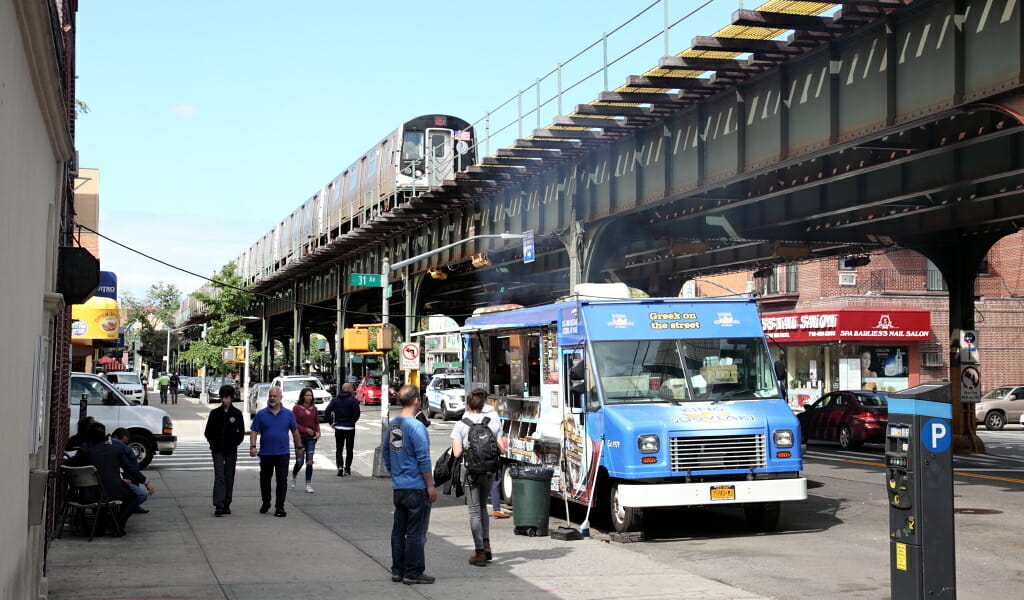