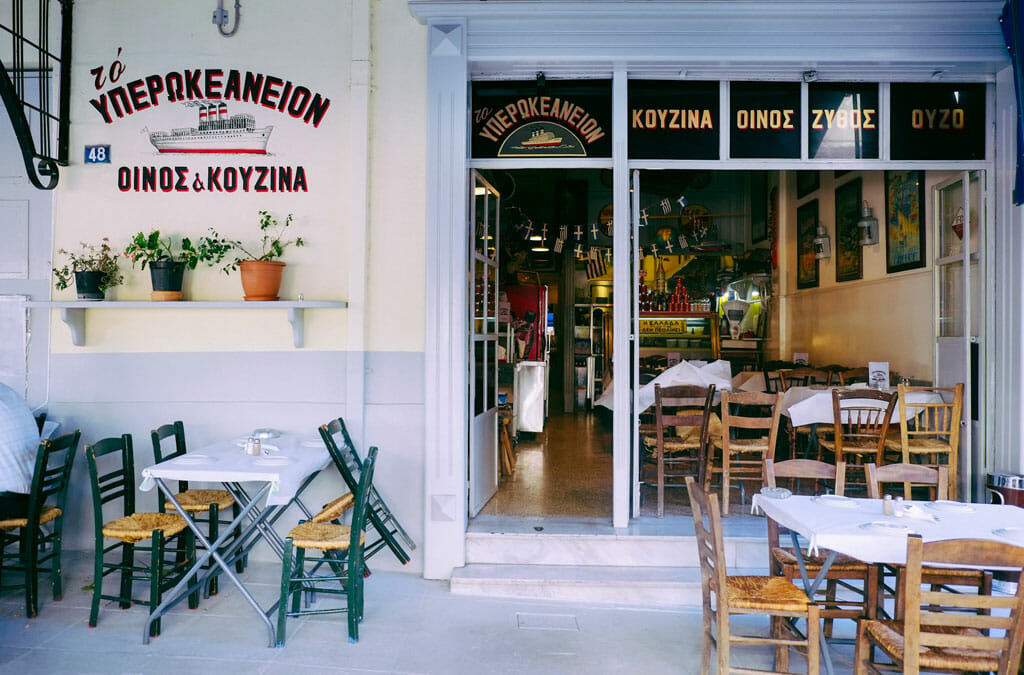 The first and most vivid impression one has of Piraeus is its port: bustling, ugly and uninviting. Just a place you have to endure in order to get to your destination, usually a beautifully serene Greek island. Piraeus, however, is definitely an exciting place for anyone looking for a culinary adventure, as it is a melting pot of cultures with many interesting places hidden in the backstreets, away from tourists. The whole area next to Hadjikyriakeion for example, a girls’ orphanage built in the 19th century, is well known to locals for its humble, yet high-quality tavernas, serving fresh fish and simple meze all year round.

Our destination is Yperokeanio (Υπερωκεάνειον means “ocean liner” in Greek) – we’ve written about it before, but we think it merits more attention. The main seating area is very small, but there’s also a larger covered outside section. When we were there last, around 8 p.m., the place was already getting full, although it was quite early by Greek standards. The first things one notices are the beautiful old posters of ships and landscapes advertising Greece that cover the walls, as well as the 50s-era refrigerated case. There is also a good deal of bric-a-brac neatly arranged on the shelves. 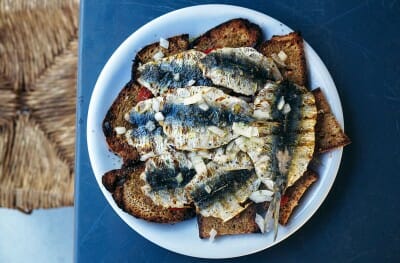 While we contemplated the menu, our host, Andreas, arrived and took a seat. Though busy, he was more than happy to share his story over some cold raki (Cretan grappa). “I collect things obsessively,” he said with a big smile. “I won these [landscape] posters in an auction a while back. They are the first ever printed for EOT [the Greek Tourism Organization] advertising tourist destinations of Greece. They were all created by famous artists of the time, such as Moralis and Vassileiou, and are true works of art.”

Andreas was born and raised in Piraeus, but his family comes from the small island of Kimolos. The sea has always been a part of his life, so becoming a sea captain came naturally. “After sailing the seas for a few years, family reasons made me return home and stay on shore. I started Karpouzi (a famous 90s bar-restaurant that played Greek music) as a means of keeping busy, and the rest is history.” He opened Yperokeanio only six years ago in an old warehouse he owned, but somehow, the restaurant feels like it has always been there. “The name came to me one day when I heard that ocean liners would dock in the port down the road.” He is also the owner of a small bar in Kimolos and has a new project brewing.

At first sight the menu is very traditional: a variety of meze, boiled greens, Greek salad, fried calamari, various fish big and small, fried or grilled. But if one looks closely, there are many interesting choices that set Yperokeanio apart from the mainstream fish taverna. The greens are cooked with caramelized tomatoes and mushrooms. The fried calamari sit on a bed of roasted bell pepper coulis. The grilled sardines are served as bruschette, on thick rustic bread with a slice of tomato. Taramosalata (fish roe salad), thick, white and homemade, is available only during Lent. The bass is marinated in just lemon juice and served over arugula leaves. 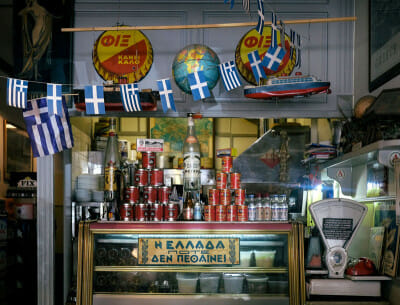 Everything is fresh and perfectly cooked, the tastes unexpected and familiar at the same time. “I use only the best ingredients,” Andreas told us. “Everybody says they do, but I can show you the receipts. The bread comes every day from an old bakery in Evia, the olive oil from Messinian Mani. My mother makes the taramosalata, and we buy our fish daily from the market.” He spoke highly of his cook, Ilona, whose interesting ideas and craftsmanship have really made a difference. “She is very skilled and we work together closely. I don’t cook, but I know what things should taste like. She makes my recipes happen.”

Apart from what is available on the menu, there are always daily specials. Andreas insisted we try the braised octopus, but we had already ordered too much. We were particularly impressed by the simplicity and tastiness of the sardine bruschette, and we were surprised to hear that the recipe is based on a dish that fishermen ate in Kimolos. “Back in the old days, sardines were not for sale, as they were considered too vulgar,” Andreas told us. “Fishermen would grill them and eat them with bread and tomatoes.”

Our meal ended with wonderfully chewy dondurma ice cream over syrupy kataif phyllo pastry, and the check was just as sweet: €25 per person for a big feast. 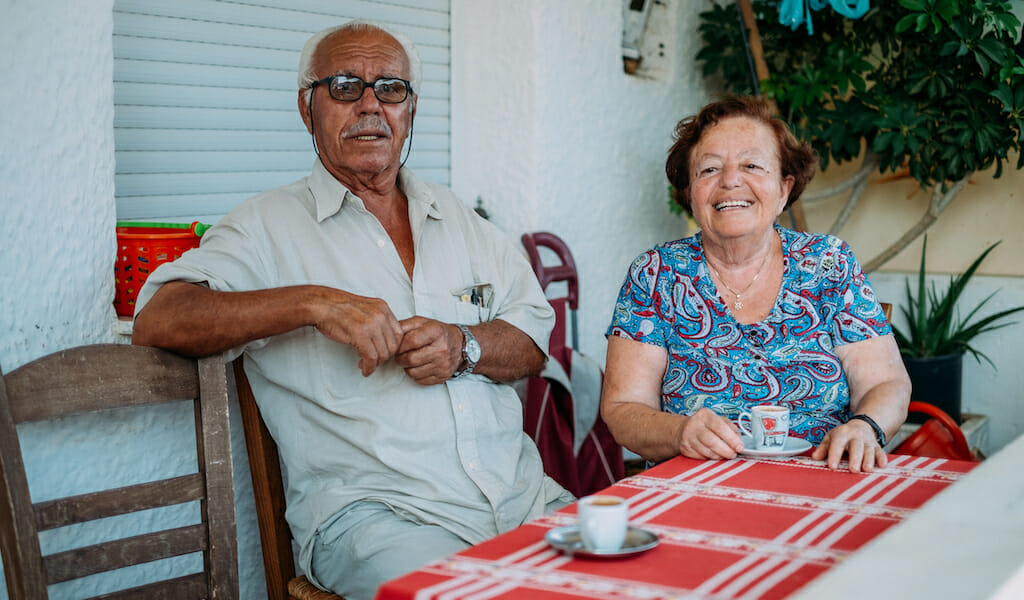 Athens | By Carolina Doriti
By Carolina Doriti
AthensThe geography of Lavrion, a seaside town located in southeast Attica, about a 45-minute drive from downtown Athens, has played a big role in shaping its population. The most important factor is Lavrion’s proximity to the sea. With an abundance of fish and seafood at its doorstep, as well as a marina and port, it’s…
Yperokeanioi
Marias Chatzikiriakou 48, Piraeus
Tel. +30 210 418 0030
Hours: noon-11:30pm