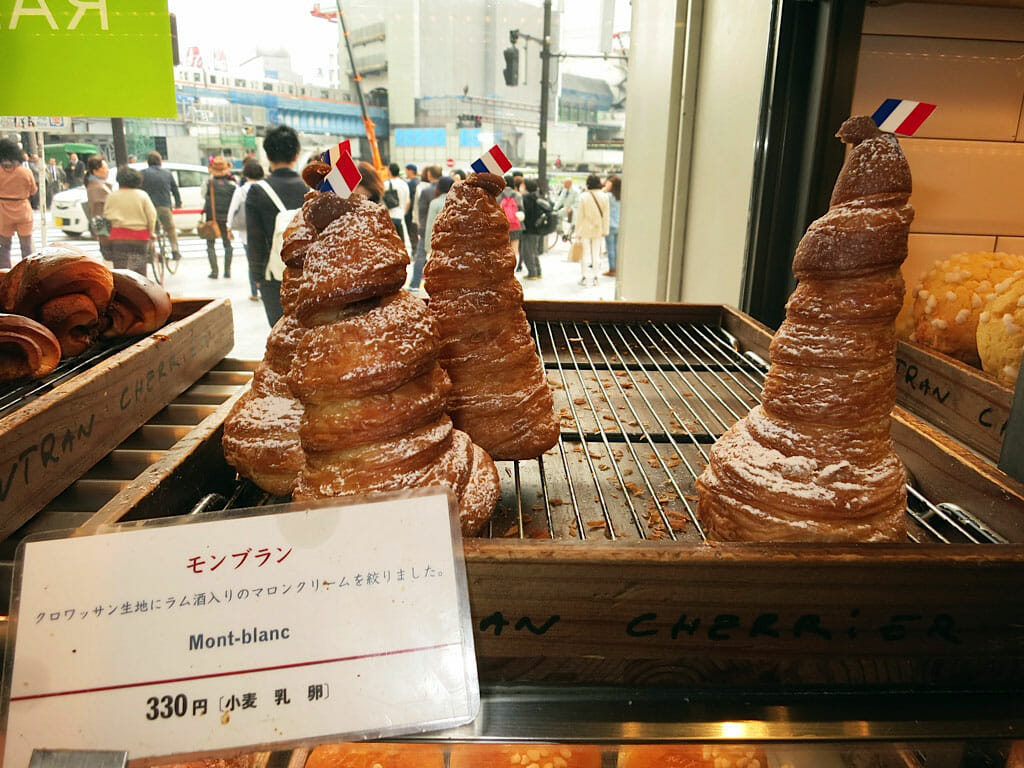 It’s a common fantasy: Accidentally locked in a bakery, forgotten overnight, we quickly eat everything in sight and fall into a sugary, carb-filled dream of sweet-spun bliss. Sequestered away where nobody will find us until morning, we wake from time to time and continue to eat cakes until we sleep again. Short of that happening in this lifetime, we frequently daydream of walking the aisles of bakeries, latte in hand as we pull pain au chocolat and sticky buns from racks, consuming everything in a hurried rush before we’re asked to leave.

One of the great secrets of culinary life in Tokyo is the abundance of truly great French baked goods, and Gontran Cherrier is a dream come true. It’s the brainchild of the French boulanger of the same name, owner of four shops in Paris and a growing international empire. He is a fourth-generation baker with flour in his veins. Although we tend to eschew global brands, we do appreciate the purveyor that takes food to a new level and merges foreign fare with local tastes. At Gontran Cherrier they take the baguette seriously and up the ante on cakes by inviting patrons to purchase them to be carted home or, even better, eaten on the spot for instant gratification. 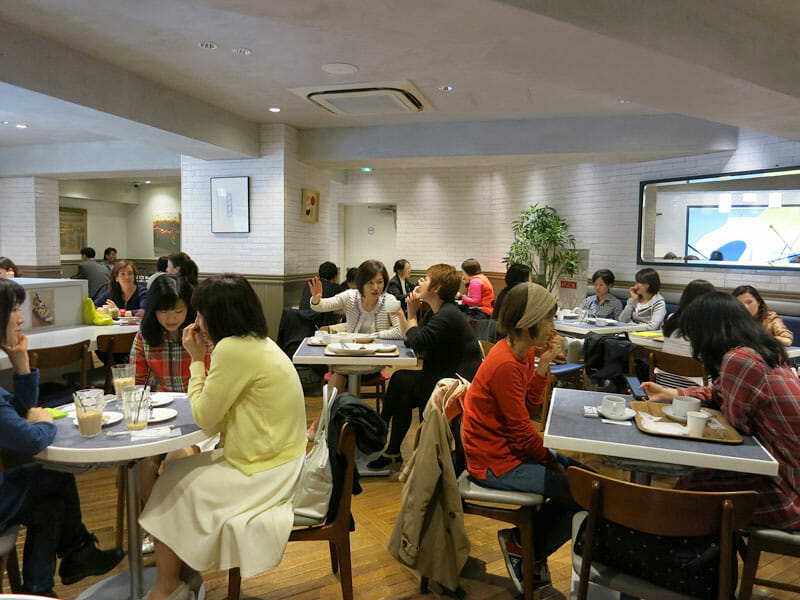 The first floor of Gontran Cherrier houses the customary bakeshop, with racks containing traditional and decidedly non-traditional items. The charm of the bakery comes from the trays that can be filled with one’s choice from the bakery, paired with a hot coffee, tea, cocoa or cold drink, and then carried to a table on the second or third floor. Both floors have counters serving drinks and sandwiches to augment one’s choice and for faster service.

Along with the traditional baked goods, Gontran Cherrier makes sumi squid ink and curried baguettes, loaves and rolls. The sumi breads are fragrant and rich, inky dark black in color and incredibly moist inside the crunchy crust. The yellowy curried breads are savory, with a burst of flavor that snakes all the way to the sinuses. Their stunning color and tangy, piquant flavors fit many foods and moods. The pain de seigle is a rustic loaf imbued with miso. At the bakery the breads are used for flavorful sandwiches such as tuna and Japanese mizuna greens (sumi bread or a bun) or smoked chicken, tomato and mizuna (a curry roll topped with sesame or the miso rye bread). Sliced sumi, curry or miso bread is stuffed with egg salad or tuna as well. Sandwiches of ham, yuzu citrus butter and shiso (the fragrant herb perilla) or smoked chicken come on a plain baguette. Ditto for an outstanding club sandwich of “tuna tapenade” and egg.

Other bread delicacies include a bacon-studded baton or a cheese- and nut-encrusted roll lightly broiled to melt the cheese. A signboard announces when fresh bread will emerge from the oven, just like in Paris.

One of the bestsellers is the matcha green tea scone with white chocolate chips. The plain chocolate chip scones are also popular. Pain au chocolat is as airy and otherworldly as the plain croissant. There are towers of mont blanc and danishes stuffed with dried fruits and caramel to tempt as well. 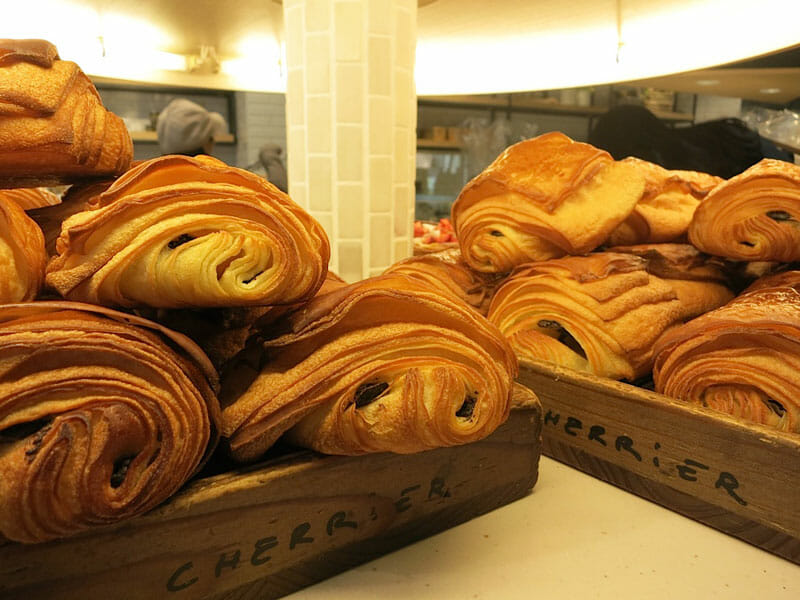 These treats demand to be washed down with a beverage. The coffee is rich and there is a large selection of teas as well as espresso drinks (along with soy milk options). Imported Italian and French sodas and drinks are kept in a cooler. A different cooler houses Italian gelato by the cup.

We fill our trays and head for the second floor, where we have coffee and spend an hour discussing a friend’s recent trip. The air is filled with many conversations as two kids come in lugging kendo sticks and equipment bags after school. Two salary men, who seem to have a few moments to spare before a meeting, carefully sip black coffee. Everything is efficient and brightly lit. Nobody is rushed. No need to wake up. It’s not a dream after all.