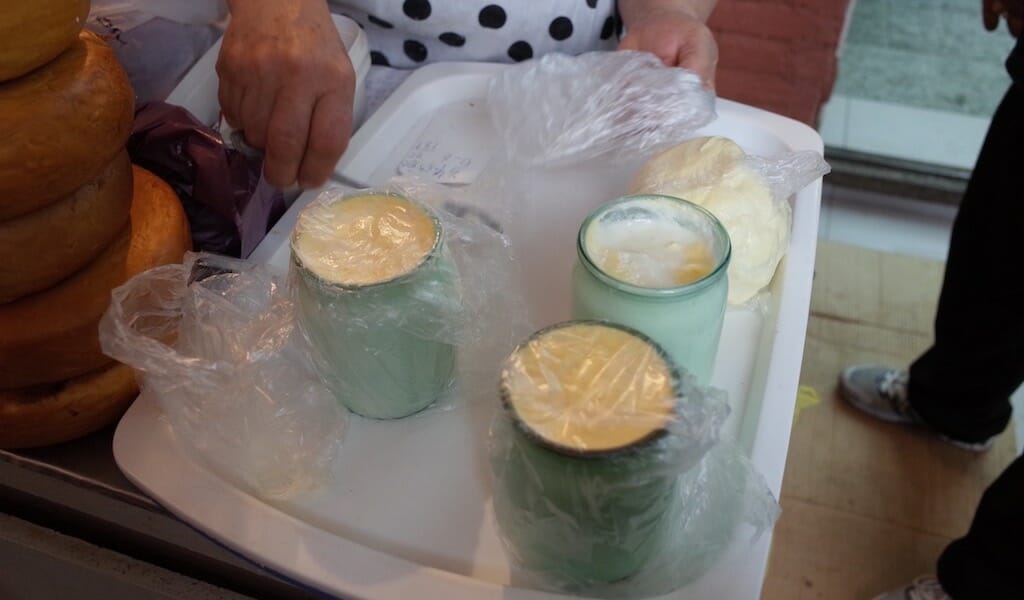 We used to live near the Mtkvari River, in a ground-floor apartment with a single window looking into our courtyard, which was a dirt parking lot. The sun never made it to our window but every morning at the crack of eight, a woman would wake us with the melodious croon of “ma-tso-ni, mat-so-ni!” And if that didn’t wake us, her incessant tapping on our window certainly did.

The payoff, however, was a jar full of the thickest, creamiest, most refreshing homemade yogurt, with just a perfect hint of tartness. So, we would shuffle out of bed, open the window and exchange our empty jars with her full ones.

This woman had a competitor who worked the front of the building, but her brand was inferior. Like most other yogurts, it had a rubbery skin of milk fat on top we would peel off and fling into the bin. The texture, even when mixed into the yogurt, was just too “meh.” We preferred the window woman’s matsoni, with a top layer that was light, like buttery cappuccino foam. 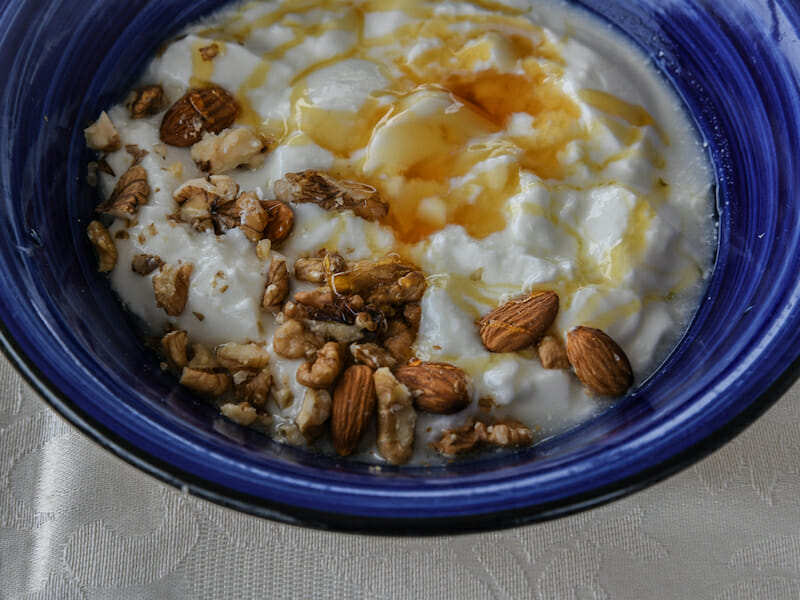 We had read a 1970s National Geographic story about the abundance of centenarians in “Soviet Georgia,” but it was the 1977 Danone commercial of 100-year-olds in Abkhazia eating yogurt that embossed the first images of Georgia into our young head.

Apparently, the producers of the commercial read the same story and other articles by Dr. Alexander Leaf, of Harvard University Medical School, who studied longevity and noted how yogurt is a diet staple among centenarians around the world (but then so was alcohol and cigarettes). While we do not fool ourselves thinking matsoni is the key to a long life, the fact is there’s nothing more soothing for the aches and groans of a hangover.

There is a story that the Georgians whom Buffalo Bill brought to the United States and packaged as Cossacks for his Wild West Show introduced “yogurt” to America. Whether or not that is true, it is a testament to the Georgian adoration of their beloved matsoni. Our friend’s Georgian nanny even smuggled matsoni culture in her bra when she moved to Washington D.C. with the family.

It is not easy to keep oneself stocked with real matsoni these days.

Georgians eat it plain, with honey and walnuts, or perhaps with seasonal fruits. They also use it as condiment for dishes like tolma (dolma) and make gorgeous soups with it. Some may even marinate chunks of pork in it for barbecue.

One autumn day, we moved across the river and up the mountain, to the last house on the street. This part of the neighborhood had a matsoni man, a strong, garlicky gent with a cyst the size of a golf ball on his head. He would arrive later in the day with a baritone matsoni refrain, hauling jars of the culture, salty Imeruli cheese and fresh milk in used water bottles that always seemed to sour hours after we bought it.

Because it is a formidable hike to our house, particularly with those heavy bags on scorching summer days, we’d occasionally buy a wheel of cheese for incentive (he never sold a half wheel) – not because it was necessarily good. But his visits became increasingly infrequent until he stopped coming entirely. Maybe it was that lump on the head, but whatever the case, we had no fresh matsoni delivery anymore. 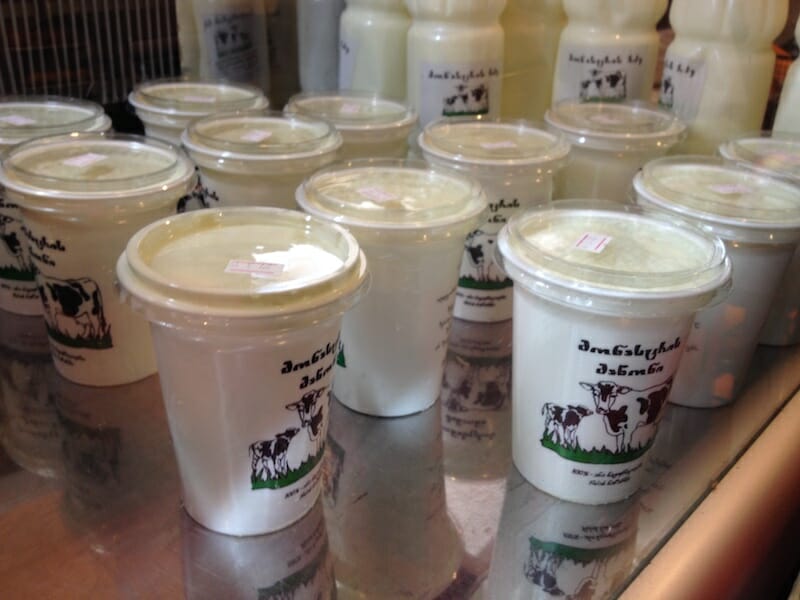 There are a few little neighborhood markets a couple blocks down that stocked homemade matsoni, but they require a jar to exchange. Very rarely would we remember to pack one for those sudden trips down the hill for cigarettes, toilet paper and bread. We do most of our shopping on the way home, who carries empty jars with them all day?

A couple other neighborhood shops stocked homemade matsoni in flimsy plastic cups covered with cellophane, which would indubitably spill out and baste everything in the plastic shopping bag. It is not easy to keep oneself stocked with real matsoni these days.

Supermarkets arrived a little over a dozen years ago, and while they have made life easier, the sad truth is that most all the dairy products they sell come from powdered milk. Reconstituted matsoni is okay, but nothing can replace the barnyard vigor of real, honest to goodness village matsoni. Friends across the city report of a waning presence of matsoni ladies, although some local mom-and-pop shops stock the village stuff and you can arrange a delivery. But it has been years since we have seen people lowering baskets of empty jars off their sixth floor balconies down to the matsoni lady below. The days of the neighborhood matsoni lady and her morning serenade are fading.

By
Paul Rimple
, photos by
Yigal Schleifer and Paul Rimple and Justyna Mielnikiewicz