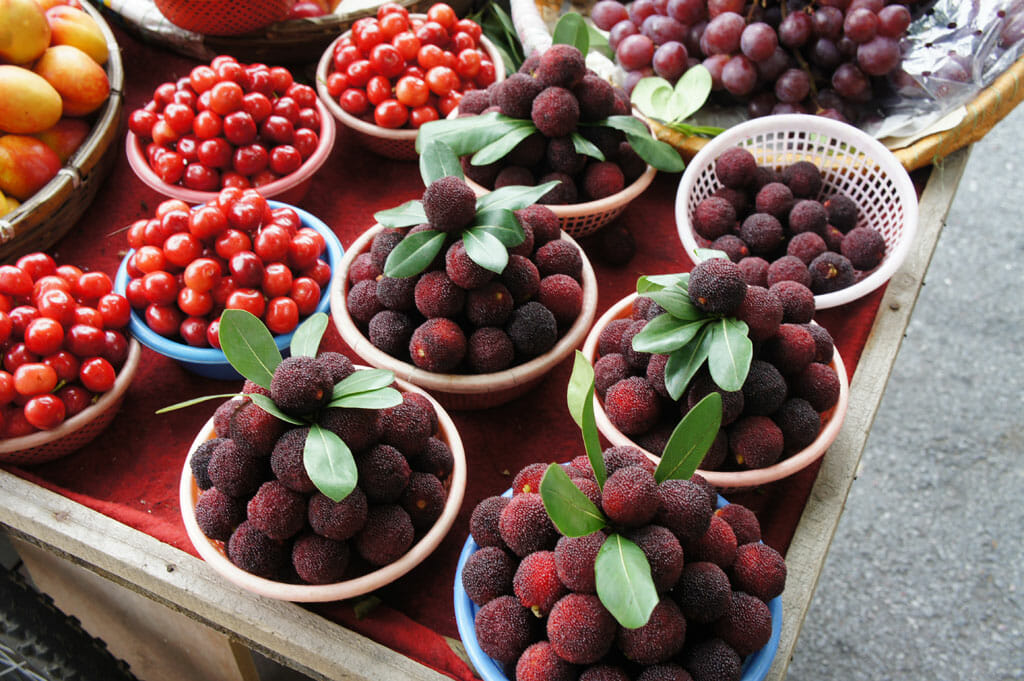 Dear Culinary Backstreets,
I keep hearing buzz about “yangmei” season in Shanghai. What’s all the fuss about this fruit?

What’s in a name? Shakespeare could just as easily have written, “A yángméi (杨梅) by any other name would taste as sweet.”

This little red Asian fruit has a plethora of monikers: Myrica rubra, Chinese bayberry, yamamomo, Japanese bayberry, red bayberry and waxberry. But a decade ago, the sweet and sour fruit was rebranded as the yumberry in the United States (where it is sold in juice and powder form, but not fresh, due to an import ban on the live fruit) to stand out from other exotic “superfoods.”

Shanghai is currently at the height of yangmei season, during which the fruits show up in every wet market and are baked, preserved, fermented and popped whole into mouths across the city. The dimpled berry was first domesticated in China thousands of years ago and has been prized for millennia for both its medicinal qualities and flavor. It contains exceptionally high levels of antioxidants – especially Vitamin C – and was historically used to aid in digestion in China (some even say that it neutralizes E. coli bacteria). More recently, studies have found that eating the berry lowers LDL cholesterol and blood pressure levels. Medicine has never tasted so good.

Some describe the flavor of the berry as falling somewhere between a strawberry, a cranberry and a pomegranate, with the texture of an orange and a pit like a cherry. It’s sweet but not saccharine, tart without puckering your lips. Yangmei is naturally resistant to pests, so farmers use fewer pesticides on the trees than with other fruits, but the downside is that they are extremely perishable that they are only available for a short period in early summer – which makes the fresh fruit all the more cherished. 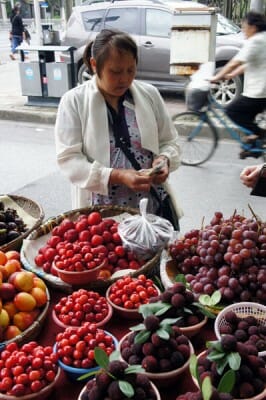 While buying them whole and taking them home is one of our favorite ways to eat the ruby fruit, there are plenty of enterprising chefs in Shanghai who are finding inventive ways to put yangmei on dining tables. Amelia’s Marketplace sells a homemade yangmei jam that you can spread on toast till the temperatures drop (available at Avocado Lady, The Pantry @ Sumerian, Studio 5, Yanping Market on the 1st & 3rd Saturday of the month, and Jiashan Market on the 2nd & 4th Saturday of the month). Madison Kitchen, a newly-opened deli by Shanghai’s favorite chef, Austin Hu, also makes a jam from the fruit. He used to make jus out of the fruit to pair with squab and foie gras at his fine dining concept (also called Madison, just without the “Kitchen”), and now you can grab some of the fruit jam while stocking up on house-cured bacon, pickled curry carrots and hefty sandwiches that require two hands to hold. If you prefer your fruits in drink form, they also sell a delicious peach & yangmei iced tea until the season ends. Egg is also getting in on the yangmei drink game. First they soak the berries in simple syrup, then blend it and pour it over soda and ice. Garnished with a whole berry that has received the simple syrup treatment too, the just-barely-sweet drink is Shanghai’s ultimate summer sip

It’s possible to find yangmei juice year-round, as it’s pasteurized and bottled when the fruit is in season and later sold at restaurants and grocers. In fact, yangmei juice is one of Pizza Hut’s most recommended orders, according to users of Dianping (China’s version of Yelp). But we’re especially taken with yangmei-infused alcoholic drinks. At Fengshou Ri (“Bountiful Harvest Day Restaurant”), which serves seafood and Huaiyang cuisine from Ningbo, the popular yángméijiǔxiā (杨梅酒虾) features raw shrimp marinated ceviche-style in baijiu, China’s hard liquor, infused with yangmei. – Jamie Barys

Editor’s note: This article was originally published on 2014. 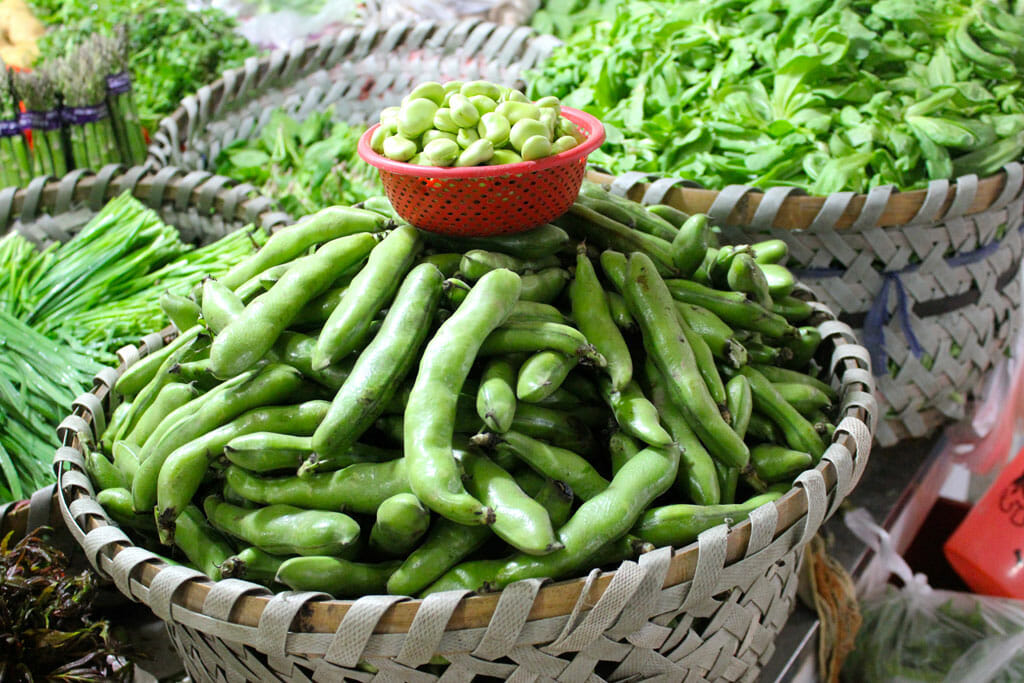 Shanghai | By Jamie Barys
By Jamie Barys
ShanghaiIn Shanghai, wet markets hold the telltale signs that spring is finally upon us. Stalks of asparagus as thick as a thumb spring up first, alongside brown and white bamboo shoots so freshly pulled from the earth that dirt still clings to their fibrous shells. But the most exciting spring green is fava beans (蚕豆,… 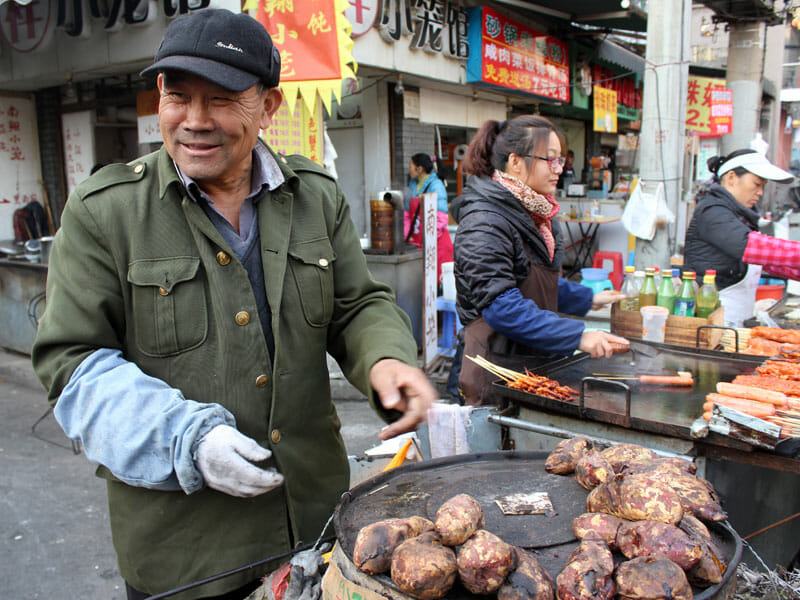 Shanghai | By Jamie Barys
By Jamie Barys
ShanghaiDear Culinary Backstreets, I’ve heard that Traditional Chinese Medicine dictates that you should alter your diet according to the season to stay healthy. What are some of the foods that Chinese doctors recommend when the temperature drops?  Traditional Chinese Medicine (TCM) is all about balancing your yin and yang, a system that involves dietary practices… 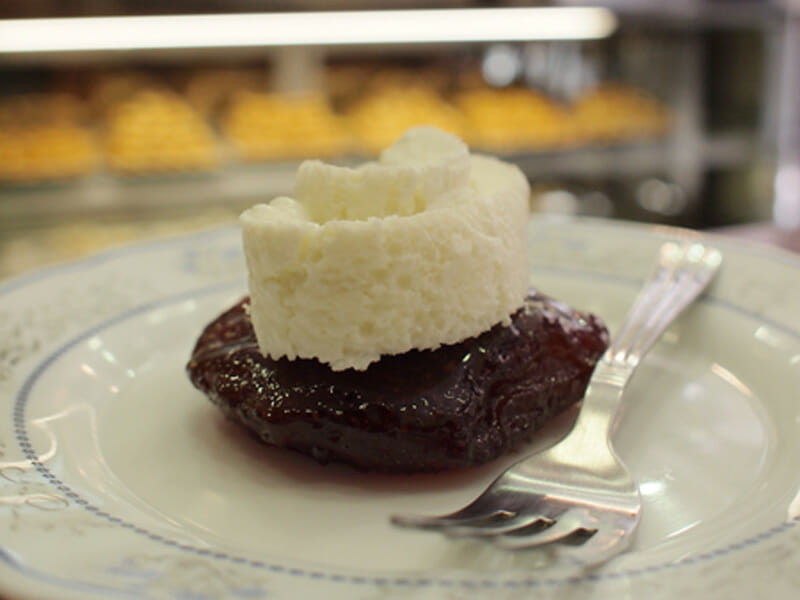 Istanbul | By Istanbul Eats
By Istanbul Eats
IstanbulThe arrival of fall always finds us heading instinctively, like salmon swimming towards their ancestral headwaters, to the Balık Pazarı, Beyoğlu’s historic fish market. Autumn is quince season in Turkey and that means the appearance – for a limited time only – of one of our favorite desserts, ayva tatlısı (literally meaning “quince dessert,” although…

Add to favorites
Yangmei in Shanghai