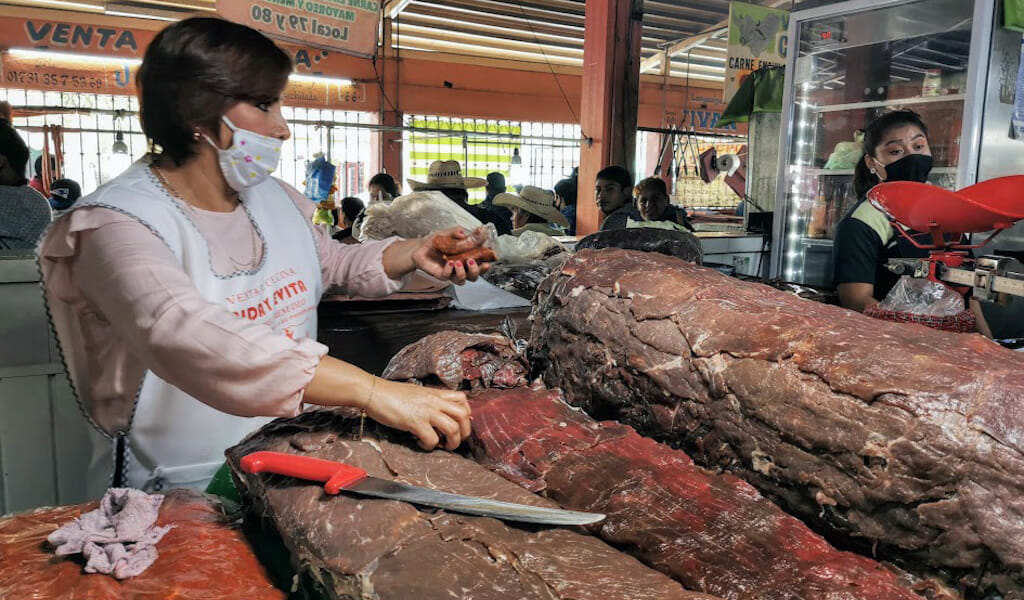 CB on the Road: Cured Perfection at Cecina Eva and Cecina Aída in Yecapixtla

Cecina is a food for the road. In its most common form, the salted and dried meat can last for months, which explains why it was a main source of sustenance for travelers, sailors and soldiers in colonial Mexico.

Nowadays, cecina is still known as a thin cut of cured meat – almost always beef – that can be eaten completely dry, similar to beef jerky. Yet in central Mexico, specifically in the state of Morelos, cecina is normally salted (tiny cuts are made in the meat and fine salt is added) and then sun dried and air cured for two or three days (the thin sheets are usually laid out on tables or hung over wires), before being grilled over charcoal. The final result has a hint of salty, preserved flavor but with the look, feel and taste of freshly cooked meat.

The town of Yecapixtla is perhaps most famous for this type of cecina – whenever we see cecina de Yecapixtla on a menu, we almost always order it, certain that we’re about to enjoy one of the finest meat preparations. In the town itself, it is usually enjoyed with cheese and cream made at Achichipilco, a nearby village.

During colonial times, Yecapixtla and the land around it belonged to Hernan Cortés, the Spanish conquistador. A Gothic-style church and monastery were built in the town; today they are still famous across Mexico. Almost 500 years later, travelers from all over the country come to the see the complex. But they’re also attracted by the region’s warm weather, the delicious fruit pulp ice creams they’re known for and, of course, to try the very famous cecina de Yecapixtla direct from the source.

Many fondas and restaurants around the monastery serve cecina, and most of them belong to cecina-making families, who have been in the business a long time (despite its links to colonial Mexico, the techniques used to prepare cecina – salting, sun drying and air curing – probably date from pre-Hispanic times). Although you can’t go wrong in this town, we recommend looking for a spot where the cecina is accompanied by handmade tortillas.

Despite its links to colonial Mexico, the techniques used to prepare cecina – salting, sun drying and air curing – probably date from pre-Hispanic times.

However, we normally head to El Mercado de Yecapixtla, the town’s amazing public market, which largely consists of cecina stands. Many only sell the meat, while others, like Cecina Eva and Cecina Aída, have a few seats and can accommodate customers who would like to eat on the premises. The stands facing the street even have tables.

On a recent Saturday, we walk around enjoying the classic weekend ambiance, with local bands playing here and there, and eying up the various meats on offer: cecina, of course, but also longaniza (pork sausage), carne enchilada (marinated spiced pork meat) and sometimes other beef cuts like zopilote (from the short loin back).

But we have a particular destination in mind: Cecina Eva and Cecina Aída, two stalls owned by the same family. We first met this family some years ago, during a traditional dance and food festival called Son de Milo, in one of Mexico City’s public parks. (Since cecina de Yecapixtla is in such high demand all over, many cecina makers send family members out of town to sell it in other locales.) While walking among the food stands, we saw the white smoke and then the telltale smell hit our nose – a group of young men were grilling cecina.

We ate like kings that day. After polishing off half a kilo, we decided to ask about the name of the stand, which we didn’t fully understand – Cecina de Yecapixtla La Finikera. “We call our business La Finikera because me and some primos [cousins] used to live in Phoenix while pursuing the American Dream,” explained Chavo Malanco. He also told us how his family has two permanent stands in Yecapixtla Market, Cecina Eva and Cecina Aída, while La Finikera travels to festivals and carnivals across the country. We filed the names away and made sure to stop by the stands on our next visit to Yecapixtla; over time, we’ve gotten to know the family well. 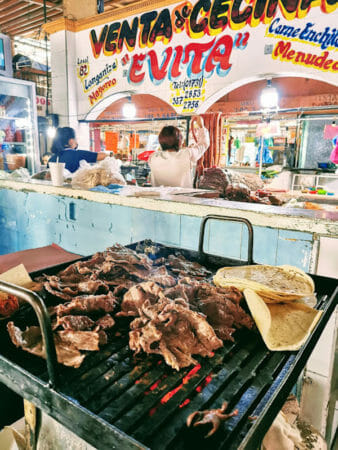 On this visit, we meet Jhair, a third-generation cecina maker and Chavo’s cousin, in front of the stands that his grandparents established. Jhair has been coming to the market since he was in elementary school. Like his cousin Chavo, he is a charro (cowboy) who loves horses and jaripeos (Mexican rodeos), where bull riding is a main attraction and young men like Jhair practice roping and ranch-style horseback riding. (This cowboy tradition descended from los arrieros, or muleteers, the men in charge of moving products and items to far away lands, who were also large consumers of preserved foods like cecina. )

“The pandemic has hit business badly,” Jhair says, “now we are selling 50 percent of what we used to.” This is a town that lives off visitors, so the Covid-19 crisis and lack of travel has been especially difficult. But, as in many places in Mexico, Yecapixtla is coming back to life little by little. Despite almost 60,000 deaths and more than half a million infected and a curve not flattened yet, workers and families are desperately trying to make a living. The public market was allowed to open only a couple of weeks ago, with very strict sanitary restrictions and protocols in place.

As we chat with Jhair, we see many people buying cecina to prepare at home – the stands are busy. Some families and groups of friends take a different approach, picking out their meat and then sitting down to watch them prepare it in front of their eyes. There’s nothing like eating cecina de Yecapixtla straight from the grill, with all the handmade tortillas and condiments on hand. We’re eager to join the party, so we say our goodbyes to Jhair and sit down to a plate of the family’s heavenly cecina. 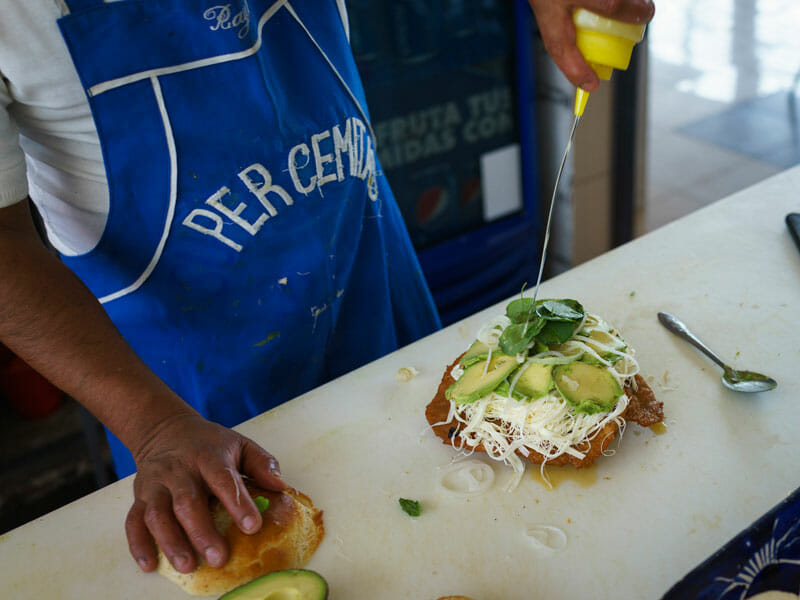 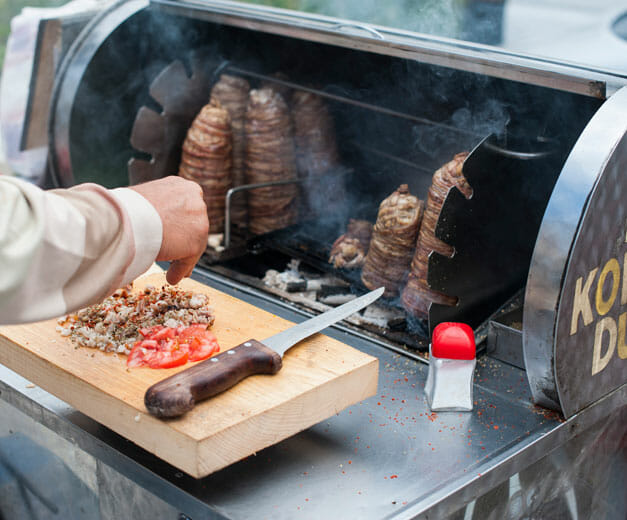 CB on the Road: Kokoreç at the Edirne Pazar

Istanbul | By Theodore Charles
By Theodore Charles
IstanbulFor the past 24 years, Cemil Tuncay has wheeled his small metal cart to the biweekly produce pazar in Edirne. He sets up shop around noon, lighting coals under what can be described as massive, torpedo-shaped sausages. Kokoreç is a simple fast food made from bits of sheep left over from butchering, stuffed into intestines… 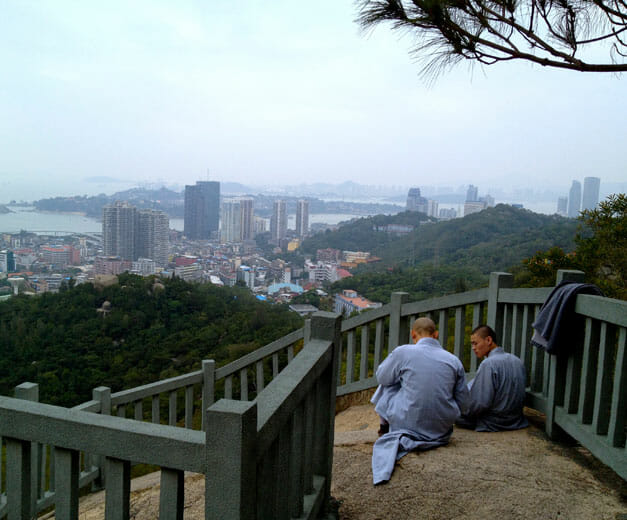