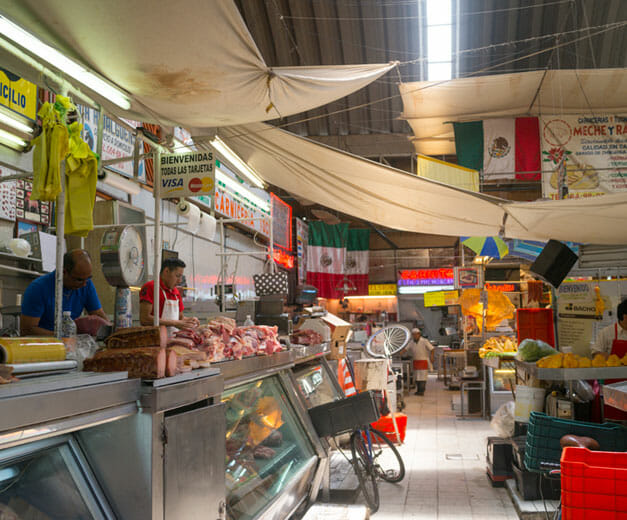 Mercado de Medellín: Smiles (and Provisions) by the Kilo

In Mexico, marketplaces have been the soul of communities for millennia, and of the many modern-day ones we’ve visited in Mexico City, the one we’re always most excited to return to is Mercado Medellín in Roma Sur.

Recently, we visited with a guide, an American expat who gets her produce and meat there every week and could get us the inside scoop. Our first stop was La Sorpresa butchery. Arturo, the owner, shook our hands and continued breaking down a large piece of beef for a special delivery. He told us that his family has run La Sorpresa inside the market for 25 years. The meat they sell comes from different slaughterhouses in the country, and even from the United States.

We stopped to talk to Alberto at the chicken stand, called Lulú, right in front of La Sorpresa. He told us that Mexicans don’t like the natural white color of chicken, and therefore some slaughterhouses dye them yellow with paint that can be toxic. “The chicken we sell here, however, is dyed more naturally by mixing dried marigold petals with their food. The yellow color is not as intense, but you don’t get the toxics from the paint.” Lulú also offers organic chicken and eggs. 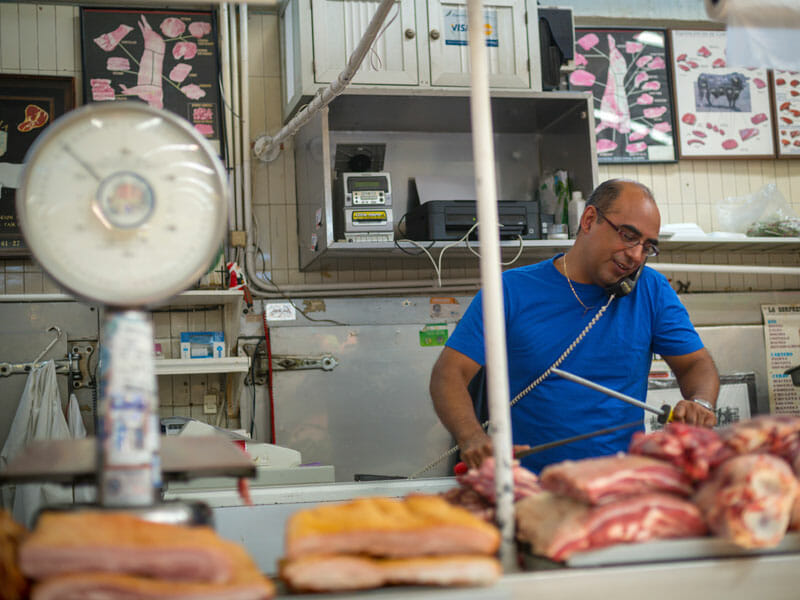 At dairy shop Cremería Lupita, owner Señor Carlos told us that he and his family have been in the market since 1968. We noticed that many of the products he offered were not big name brands, and he told us that almost half come from small producers all over Mexico. The chihuahua cheese, for example, comes from a Mennonite community in Chihuahua, while many other cheeses come from producers in Queretaro and Estado de Mexico. He even sells handmade pita bread and flour tortillas.

At a Mexican market you can find almost anything you need for your household, from produce, meat and dairy to kitchen utensils, disposable party plates and pet food. At a small booth where pet food, toys and bird cages were neatly arranged, we spoke with Augusto, who told us that he loves animals, and his small pet store is a dream come true for him. He rescues strays and arranges adoptions for them.

The capital is blessed with bountiful produce that arrives here from every part of the country, every day. Most of it ends up at La Central de Abasto, a wholesale market that sells to large warehouses as well as to vendors all over the city. With this lengthy, anonymous supply chain, it’s easy to not know where your fruit and vegetables come from. The Hernandez family, whose two booths occupy one of the narrow central aisles of the market, is an exception, and furthermore, they sell only produce that is in season and fully ripe. The stand has been in the market for 32 years, Rafael Hernandez told us, while his son Oscar gently arranged mangoes for display. We learned from them that spring is the best time of the year to buy mamey and chicozapote, both fruits that are native to Mexico, as well as plums, strawberries, mangoes, pineapples, papayas, cantaloupes and watermelons. Mamey is commonly used for milkshakes and aguas frescas, while chicozapote is mixed with orange juice and eaten as dessert. “Spring is the hottest season in Mexico,” Oscar tells us, “so people look for these fruits to make salads, aguas frescas, and juices.” 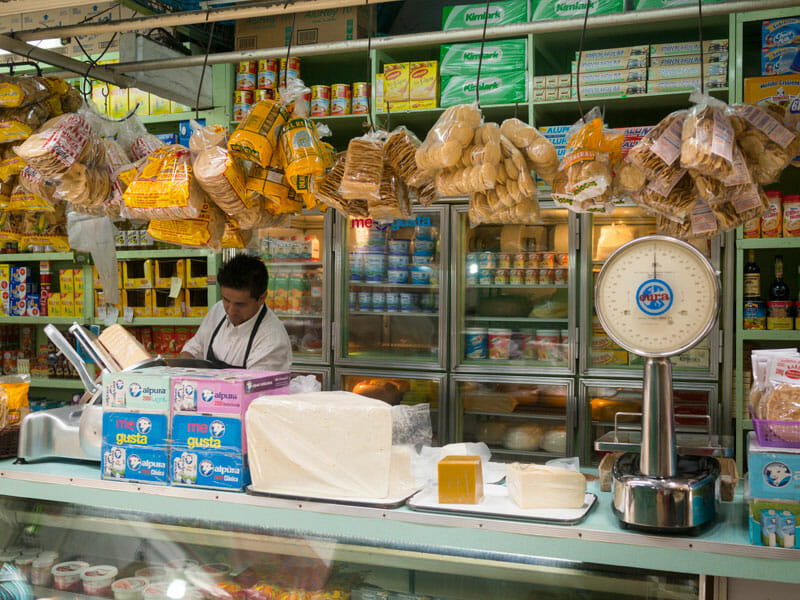 We found all of these delicious refreshments a couple of aisles down, at the juice stand La Morenita. Lety, the owner, is a proud and lovely woman who wears beautiful hair bows that match her outfits. To quench our thirst on that sultry day, she made a tasty strawberry, mango and orange juice concoction. Lety loves to read about the health benefits of natural ingredients and offers an extensive menu of healing juices made with combinations of various fruits, vegetables and grains that are designed to fight different ailments, from a stomachache to diabetes – needless to say, results may vary.

We concluded our visit to Mercado Medellín with seafood at the restaurant La Morenita and some delicious ice cream from our favorite Cuban ice cream man. Our guide had noted, “Mexicans are nice and friendly people. However, at this market, people are even friendlier.” We can confirm that that’s true. 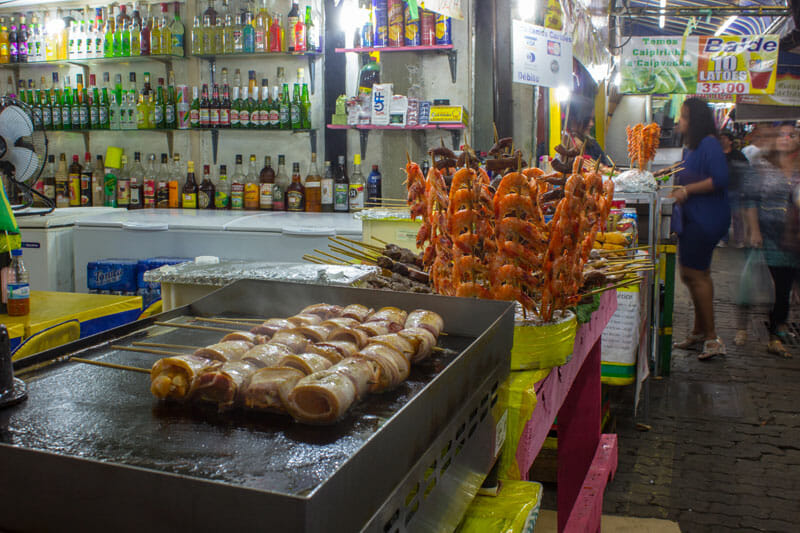 Rio | By Juarez Becoza
By Juarez Becoza
RioLet’s say you have only two or three days in Rio. You want to experience a little real Brazilian culture and don’t want to restrict yourself to the obvious tourist stops, overhyped bars and restaurants or usual “gringo” nightlife spots. Our recommendation? Spend a night or day – or both, even – at Feira de… 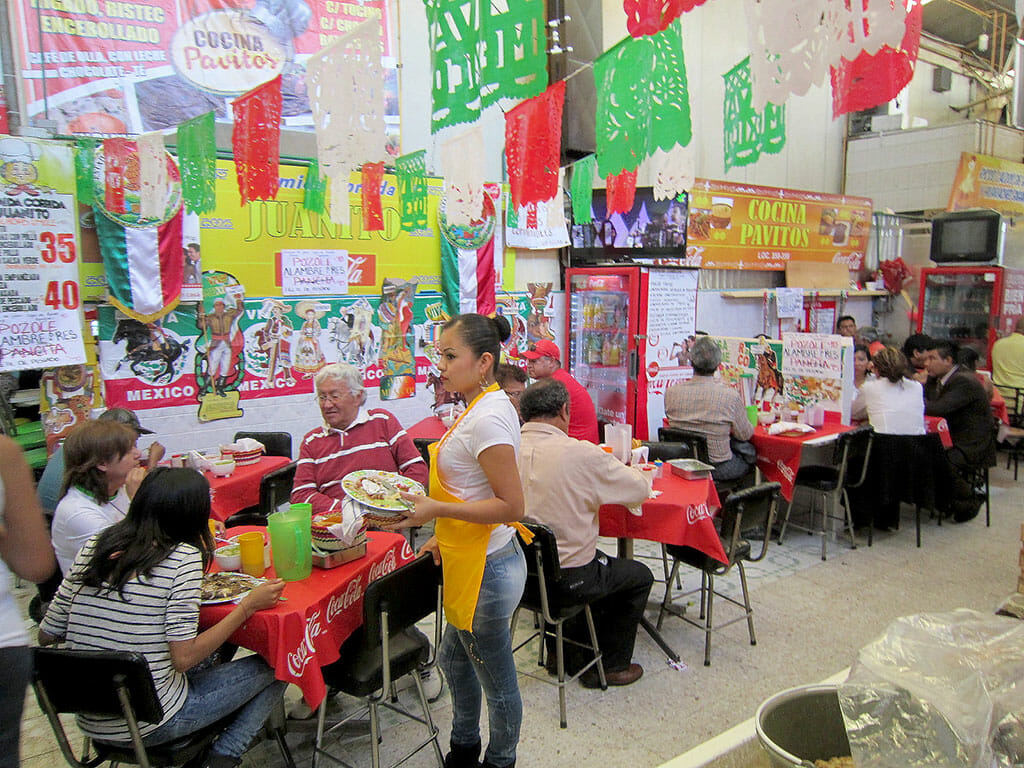 Mexico City | By James Young
By James Young
Mexico CityHaving been divvied up and overshadowed and even having come back from a nasty fire, the Mercado San Juan Arcos de Belén, also known as San Juan Salto del Agua, has hung on tight as a staple market in Mexico City’s downtown. Born from the 1950s-era split-up of the original San Juan marketplace, which stood…