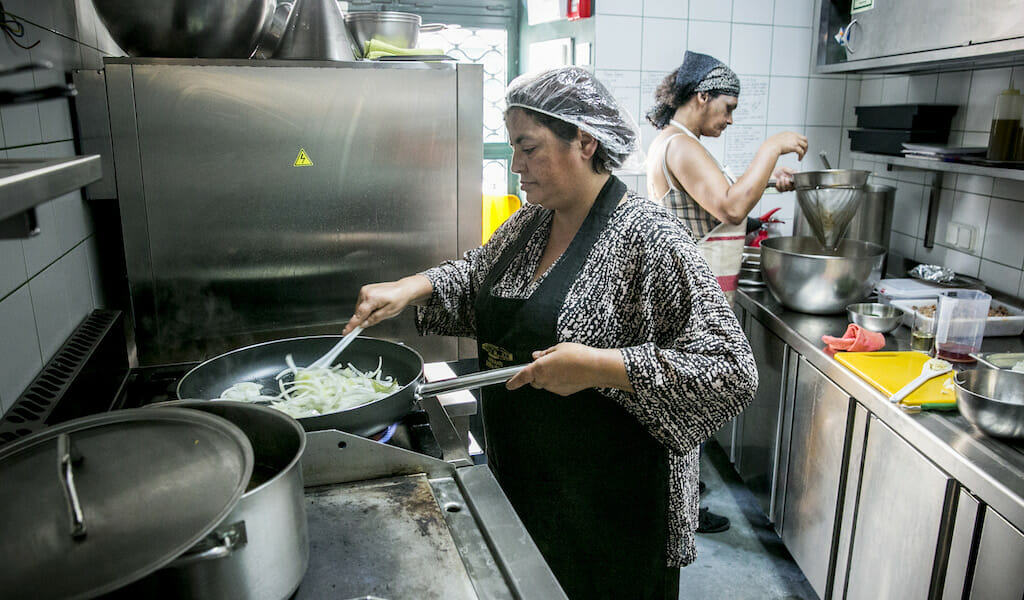 When Crescer, a non-profit association focused on the social integration of Lisbon’s vulnerable populations, was tasked by City Hall to create a restaurant that would serve the homeless three years ago, the association’s top brass had another idea.

“If you give a man a fish, he eats for a day. If you teach a man to fish, he eats for a lifetime.” With this saying as their guiding philosophy, Crescer proposed a different venture: a restaurant where the homeless could gain professional experience and training that would allow them to integrate into the community and find a job. In other words, tools for a better future.

“We suggested a restaurant in which the staff [except for the executive chef and the head waiter] would be homeless people, and that after training we could rotate people every six months to broaden the action and the integration,” explains Florencia Salvia, who is originally from Buenos Aires but has worked in Lisbon for Crescer for the past two years, managing the corporate partnerships that help the association fulfill its mission. 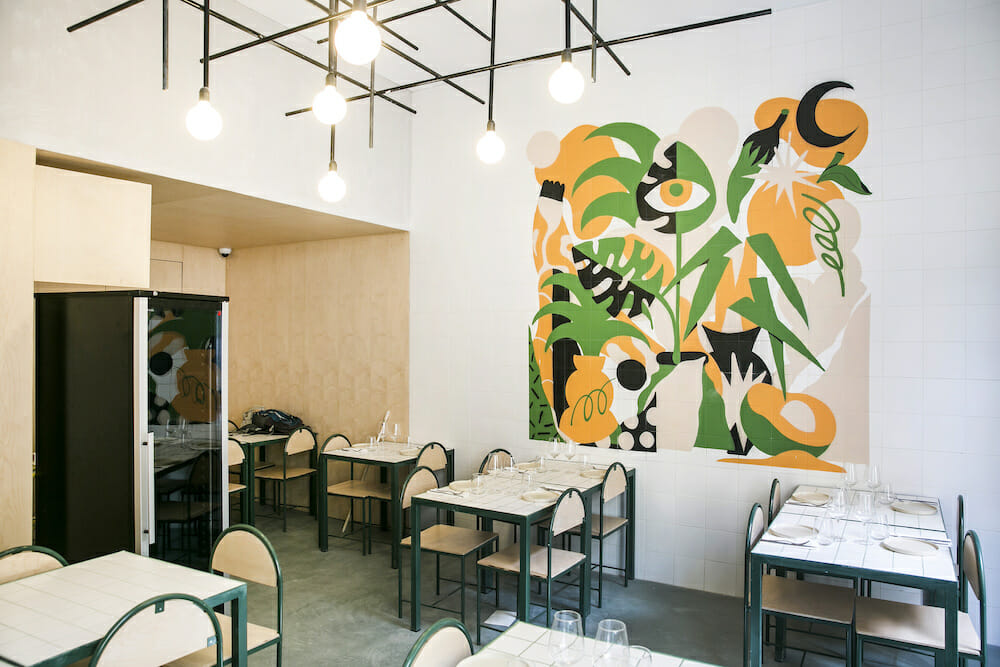 After inviting the chef Nuno Bergonse to oversee the project, É Um Restaurante (“It’s a Restaurant”) was born. When it first opened in early October, the restaurant, which is located in a space close to Avenida da Liberdade that used to house Zé Varunca (now in Bairro Alto), only served dinner. But everything has gone so smoothly that it’s now open for lunch as well.

Following their methodology of “housing first,” the association provided shelter to all the candidates when they first joined the project – many had been homeless for quite a long time.

While they began with 26 participants, currently only 13 are still working at É Um Restaurante. “The others left as they didn’t adjust. For the integration we have three main steps: training and advice provided by Crescer’s psychologists; training in Lisbon’s hospitality school [Escola de Hotelaria de Lisboa]; and then working here for six months, where they can gain real restaurant experience,” Florencia explains. After leaving É Um Restaurante, they will train in another restaurant for six to nine months, at which point they should be ready to fully integrate into the labor market.

“It has been really gratifying for our team to see these people working here. At the same time, the feedback has been amazing, both about the food and the service, so we’re very optimistic,” Florencia adds.

“I’m enjoying being in the kitchen with David, the pots understand me more than anyone.”

David Jesus, the executive chef at É Um Restaurante, is equally enthusiastic. “It’s actually easier to work in a kitchen with people who are not so specialized. These people are very humble and work really hard,” he says. The first group, or class as they call it, is on track to graduate in January.

Although he comes from a very different background (4- and 5-star hotels and high-end restaurants), David decided to apply once he read about Crescer and Nuno’s involvement. The menu he and Nuno developed is based on Portuguese classics and features lots of vegetable dishes and petiscos (small plates) to share.

“One of the challenges we faced [when creating the menu] was keeping in mind the people working in the kitchen. It had to include uncomplicated dishes and also dishes to share. Most of the people working here always had to share everything,” David says.

While this is David’s first collaboration with Crescer, Nuno has worked with the association before. An acclaimed chef and one of the judges of MasterChef Portugal, he has collaborated with Crescer on its Marhaba project, creating Middle Eastern recipes and menus for public and private events aimed at raising money for refugees in Lisbon. 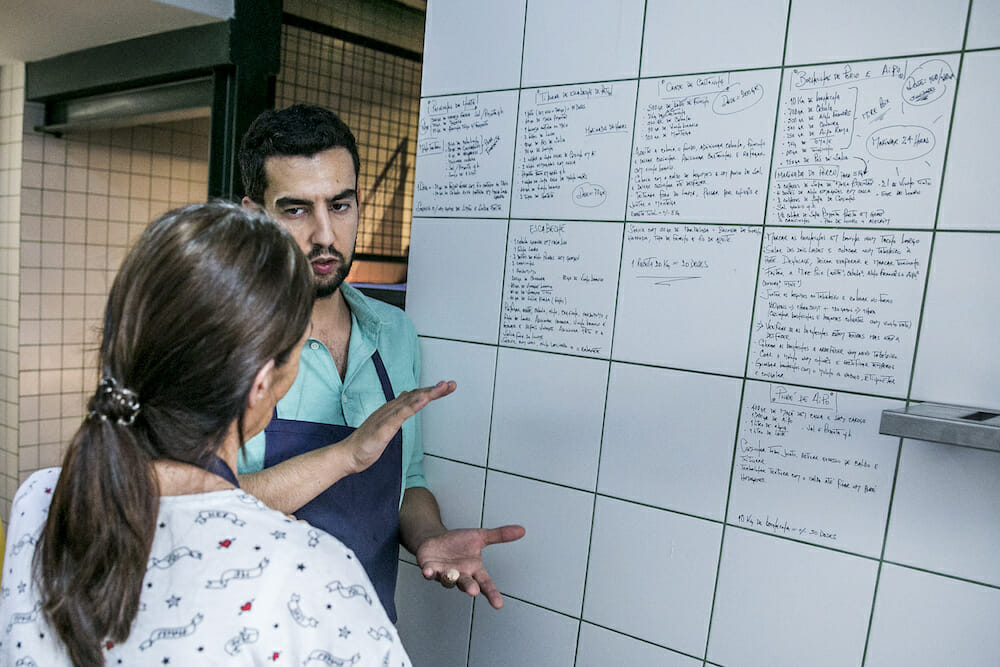 “Américo Nave from Crescer asked me if I wanted to work on this restaurant project with the homeless. I thought it was a fantastic idea and it was an easy marriage,” says Nuno, who has been working on the project since day one. “More than my work as a chef, I’ve been using what I learned in these four years of work with Marhaba,” he adds.

“Obviously it’s not a bed of roses, most of these people were for many years not in the habit of working, they have low self-esteem,” he tells us. “But the results are above our highest expectations, and the staff has been wonderful.”

The staff adapted quickly to the routines, and everyone has their strength or a particular skill in the kitchen. Waiters have been learning fast, too. At the end of these first six months, every graduating member of the class will receive a certificate from the IFP (Institute of Professional Training), which is very important for their resume.

“The daily briefings are also important,” adds David. “They tell us the negative and positive aspects, and we discuss how to improve customer satisfaction, such as the importance of not being late for work.”

A psychologist from the Crescer team works closely and daily with the group. “They need to feel well to work well,” explains Florencia. For now they are working six hours a day, and in the future the restaurant wants to be sustainable in order to support a larger number of homeless workers: “We know that in Lisbon we have 351 rough sleeping on the street, and there are more than 2000 homeless. Everyone has their own story and every story could be a different book.”

As for the menu, we find good Portuguese flavors but nothing fancy or requiring a lot of technique. The chef has written the recipes and notes on the white tiles in the kitchen to guarantee nothing is missing from a dish.

“It’s a tasca but perhaps looking a bit prettier, with affordable prices and quick service. Some of the clients keep coming back, which is the best feedback one could have,” says David. 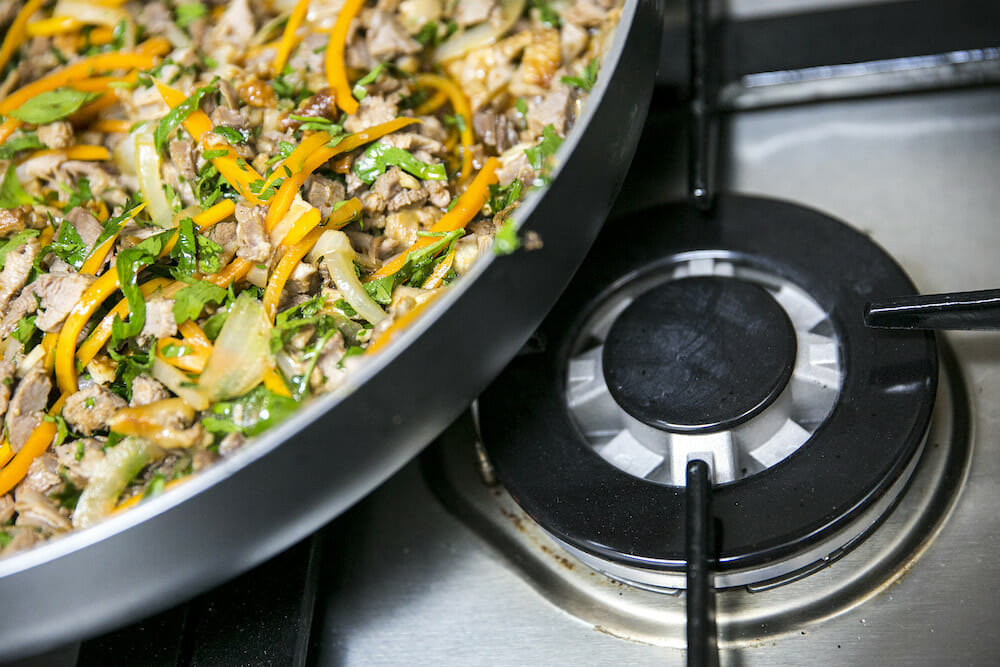 On the menu, which has mains under €10, dishes such as the tempura green beans with tartar sauce, the chestnut soup with fennel and quince marmalade, and the crunchy fish of the day with tomato and seaweed açorda (a traditional bread soup) have been a hit.

For David, a highlight is the rabanada (similar to French toast) with caramel and cardamom ice cream. “It reminds me of Christmas,” he says, getting a bit emotional. “This Christmas their families are going to be proud of them, and they too will be proud to go back to their hometowns [many are not from Lisbon].”

Berta Catarino, 58 years old and one of the kitchen staff, echoes this sentiment. “I used to work in snack bars and restaurants then I had a health problem and became unemployed. One day I came across the right people, with Crescer and they told me about this project. It was a unique chance to get a professional career and to learn everything in a new way. Even holding a knife is different,” she tells us. “I’m enjoying being in the kitchen with David, the pots understand me more than anyone,” she adds.

When we ask for her favorite dishes, she says the pork cheeks and chestnut soup are her favorite to both cook and eat. Before returning to the steaming pots in the kitchen she adds, “I’m very grateful to Crescer for all the support they’re giving us.”

As É Um Restaurant builds a name for itself in Lisbon, the possibility of launching similar projects in other cities grows. “Unfortunately,” says Nuno “there are homeless everywhere and we think we can help other people in a fragile situation elsewhere.”

This article was originally published on November 11, 2019. 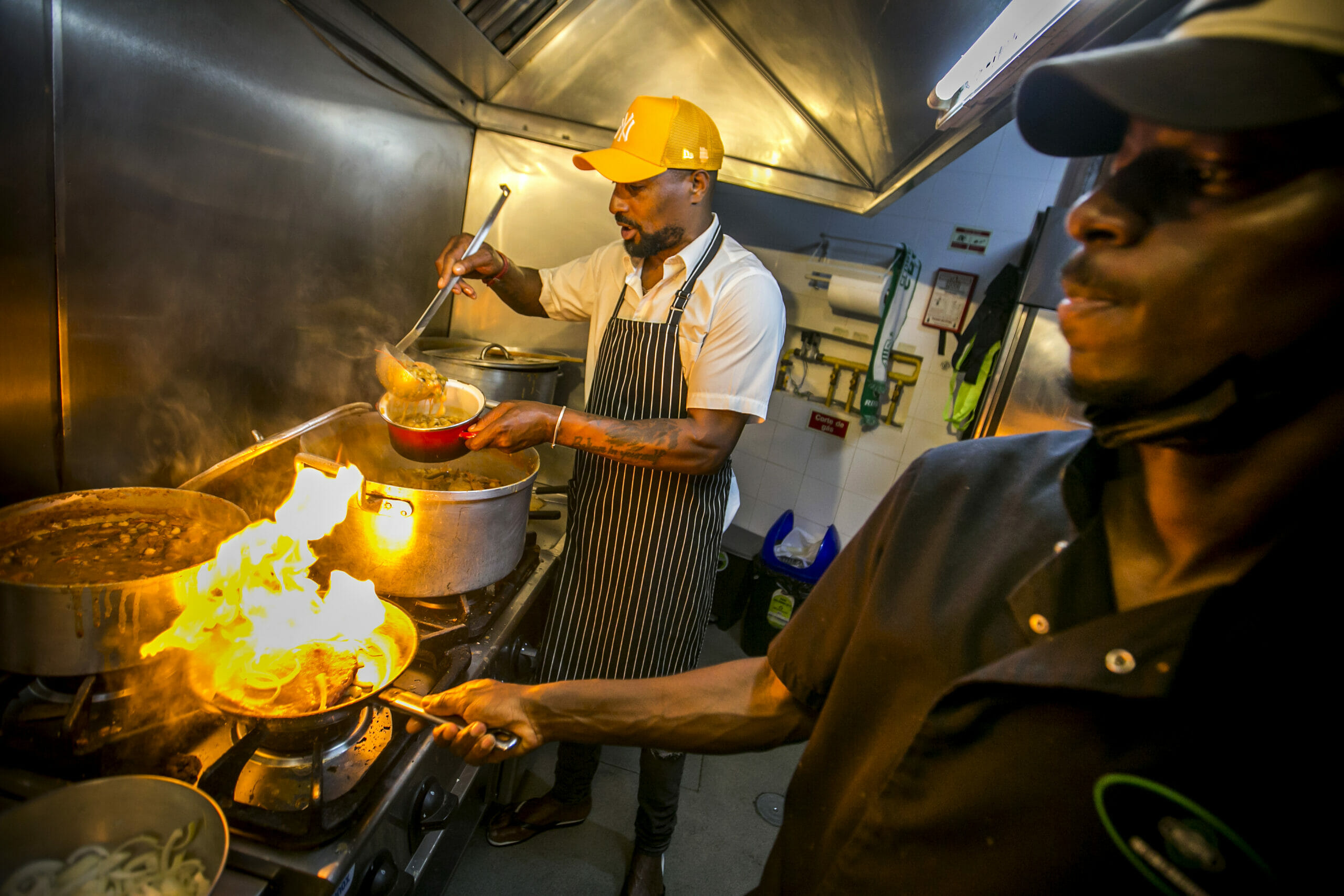 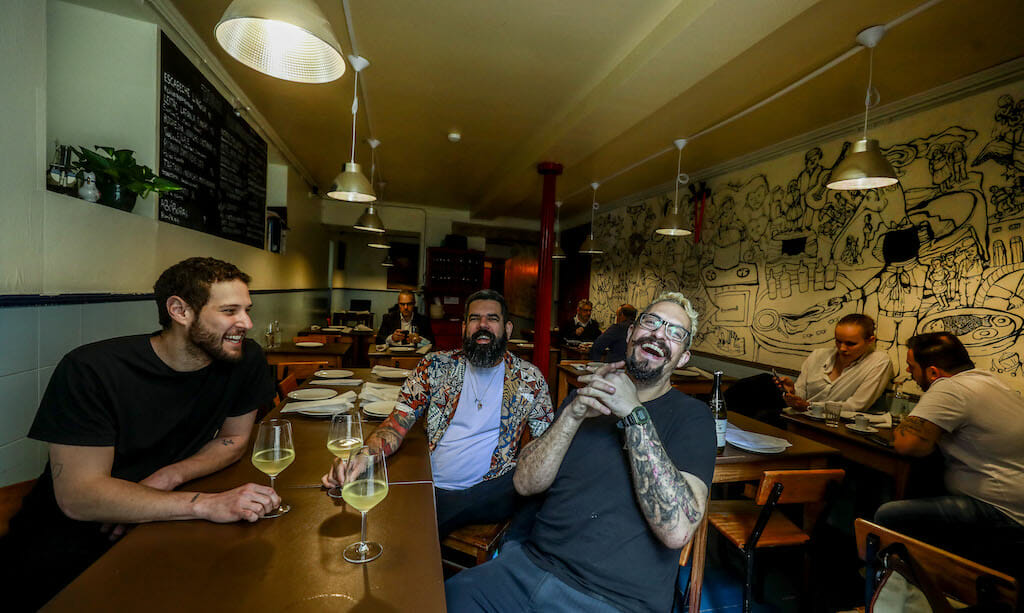