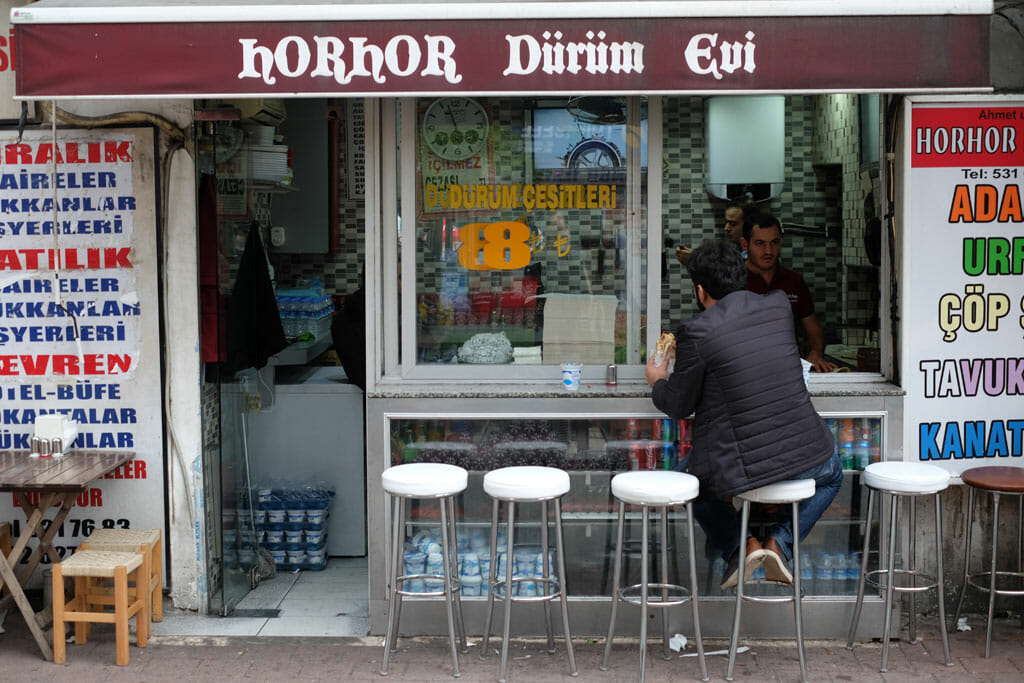 We could devote a weekly column to the culinary treasures of Istanbul’s polyglot Aksaray district and probably never have to worry about running out of things to say. The area is jam-packed with places to eat, and while we’ve written about many of them, Aksaray just keeps on delivering.

Having previously covered the Syrian, Georgian, Azerbaijani and Uighur restaurants that make Aksaray a true patchwork of culinary destinations, our most vulnerable soft spot still lies in the strip of kebab restaurants inspired by the cuisine of southern Turkey’s Hatay and Urfa and located adjacent to the metro station.

Be it a grand feast of meze and chicken slowly baked for hours in a salt structure shaped like a miniature igloo at the Hatay-inspired Has Kral, or the Urfa specialty of grilled lamb skewers served tableside at Ciğeristan, we keep coming back for these drawn-out, delicious meals that fortunately manage to not break the budget. 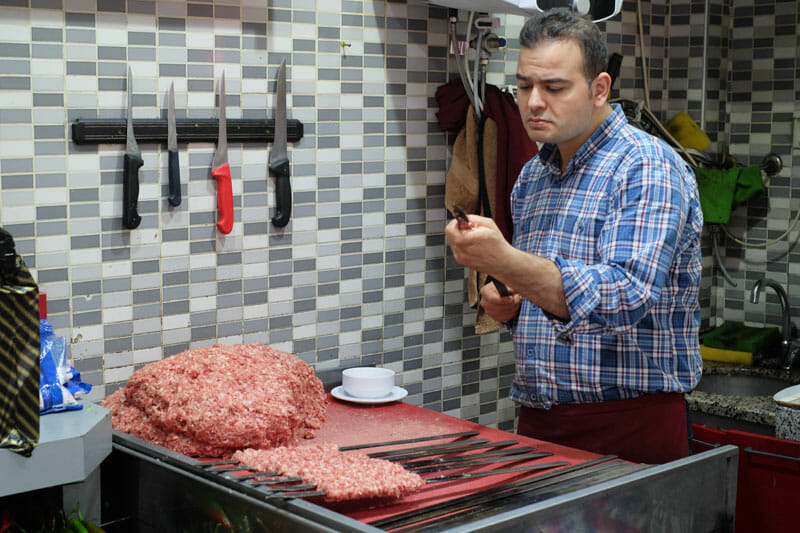 But when we’re just looking for a quick bite, we know exactly where we’re headed. Just past Ciğeristan on Horhor Street, famed for its multistory antique mall, there’s a small row of shacks churning out dürüm, a skewer of kebab hot off the grill, rolled up in a fresh slice of lavaş flatbread and topped with onions, parsley, tomatoes and peppers. The best one is Horhor Dürüm Evi, run by the father-son duo of Ahmet and Ibrahim Demiral.

Hailing from Urfa, the elder Demiral and his father both worked in the kebab trade before the family made its way to Istanbul, and Ibrahim has continued in his father’s footsteps. On busy stretches (which are par for the course), the younger Demiral can be seen expertly shuffling a dozen or more kebabs on the grill, while his father masterfully slices and skewers a mix of lamb and beef that eventually becomes their signature Adana dürüm.

On our most recent visit, we may have experienced Horhor Dürüm Evi during a calm period for the first time, perhaps due to a sky full of dark clouds that threatened to burst at any time. This time around, Ibrahim was alternating between his duties above the simmering coals and the skewer station, temporarily relieved of his main position. “I throw a lot down on the grill,” he said with a chuckle.

The influx of numerous Syrian restaurants in the area and the construction of a large public square near the metro station are among the rapid changes that Aksaray has witnessed in recent years, but business has stayed the same for the Demirals. “It doesn’t make a difference for us,” Ibrahim said, acknowledging the ongoing transformation of his surroundings. “Those who know us will keep coming,” he added. 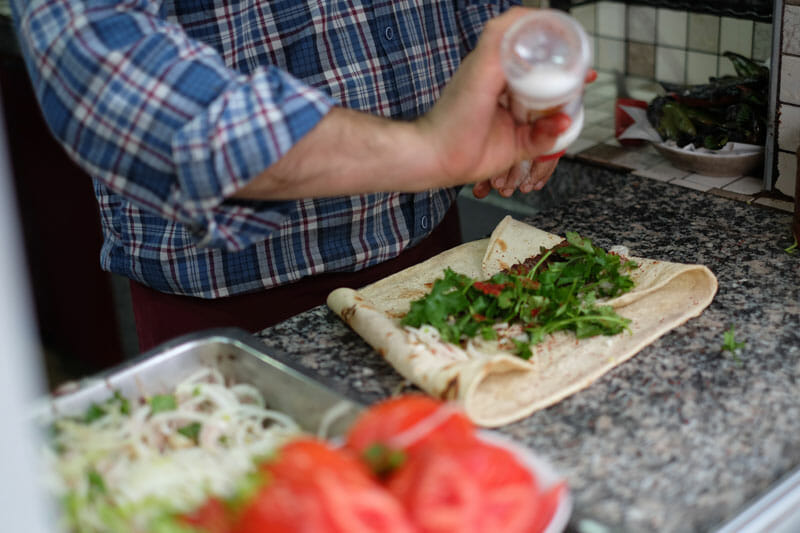 Though the Adana dürüm is the most popular choice, we can’t resist going with the tavuk şiş. A sumptuous skewer of marinated grilled chicken forms a perfect marriage with the sultry, dangerous, intoxicatingly spicy Hatay peppers that Ibrahim will add upon request to your dürüm. Hues of green blend into red on these beautiful pods, which are earthy and intense once grilled. They range from “highly spicy” to “volcanic,” depending on the batch, and we once required two tall glasses of the yogurt-based ayran to help quench the fire.

At 10 Turkish lira (about US$3.50), one dürüm with a large ayran is a reasonably filling and affordable meal, but remember, if you go full force and decide take the plunge with the peppers, you’ve been warned.

Istanbul | By Culinary Backstreets
By Culinary Backstreets
IstanbulBack at Culinary Backstreets Istanbul headquarters in 2012, every once in a while a conversation would arise about how çiğ köfte had emerged as a sort of fast-food franchising opportunity, with young entrepreneurial types starting up these meat-free meatball joints in all sorts of Istanbul neighborhoods. We all agreed it was much cooler than opening…
Horhor Dürüm Evi
Horhor Caddesi No. 45, Aksaray Mahallesi, Fatih/Istanbul
Tel. +90 212 531 6840
Hours: noon to midnight