Istanbul’s Aksaray neighborhood harbors an unfortunate reputation derived from its seedy nightclubs and the heavy presence of illegal brothels, which turn profits from sex trafficking.

But as the city continues to transform at dizzying speeds, Aksaray’s status as an underbelly has begun to be overshadowed by that of a diverse, exciting culinary destination. Streetside Syrian cafés churning out cheap and reliable falafel and shawarma; a handful of Uighur restaurants serving dishes of spicy peppers and succulent morsels of beef bathing in handmade noodles prepared to order; and Georgian drinking dens, where chacha, a grape-based moonshine, is brought out in plastic water bottles alongside juicy, lovingly made dumplings, are just a few of the international cuisines that can be sampled in Aksaray. 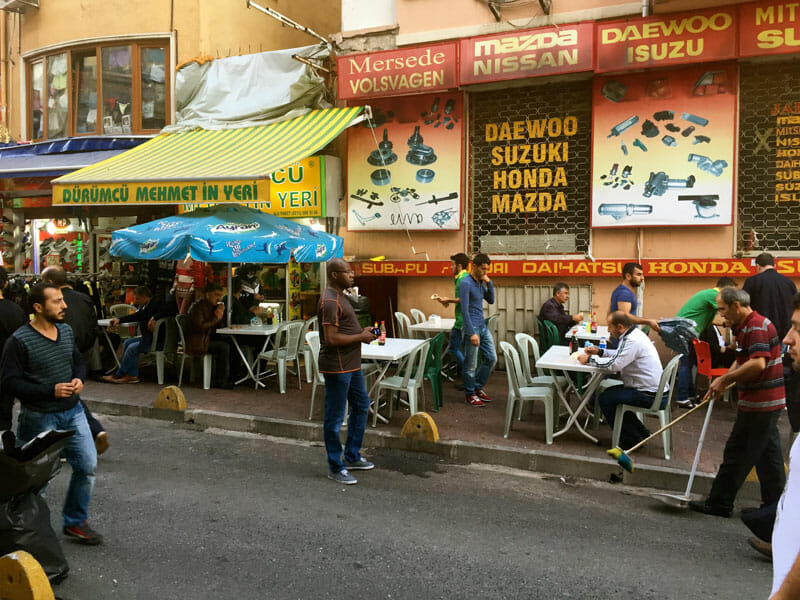 While we have explored the neighborhood and enjoyed ourselves thoroughly at many of these places, a no-frills Turkish kebab and wing joint kept grabbing our attention. Dürümcü Mehmet’in Yeri (“Mehmet the Wrapmaker’s Place”), located smack-dab in the middle of Aksaray between the recently opened Yenikapı metro station and the city’s T1 tramline, is relentlessly packed and about as lacking in frills as one can get. Naturally, our interest was piqued.

A tiny kiosk where the grill takes up most of the space is flanked by a row of plastic tables and chairs assembled on the sidewalk, where neighboring businesses sell auto parts. These tables are usually partially or totally full, so it’s customary here to dine with complete strangers or risk waiting around all evening. Most of our visits to Dürümcü Mehmet’in Yeri have been defined by such communal feasting.

“Where are you from?” inquired the gentleman across the table soon after we sat down. The conversation commenced. Ulaş hailed from Ankara but was in Istanbul on business, though he strongly prefers life in Turkey’s capital to the congested chaos of its largest city. He has a brother who lives in Paterson, New Jersey, perhaps the Turkish capital of the United States.

We ordered a portion of tavuk kanat, the specialty chicken wings that are by far the most commonly selected item on the nonexistent menu. Our wings came within two minutes, since they were fired up before we ordered, a reflection of the small shack’s round-the-clock popularity. They were served on a bed of bulgur alongside lavaş and a bare-bones salad of onion, tomato, lettuce, parsley and optional pomegranate sauce; impossibly fiery roasted red and green peppers are available on request. Biting into one of these, we experienced a purging of the sinuses on a near-spiritual level. Though we were in the advanced stages of a season-changing cold, our symptoms disappeared for hours. 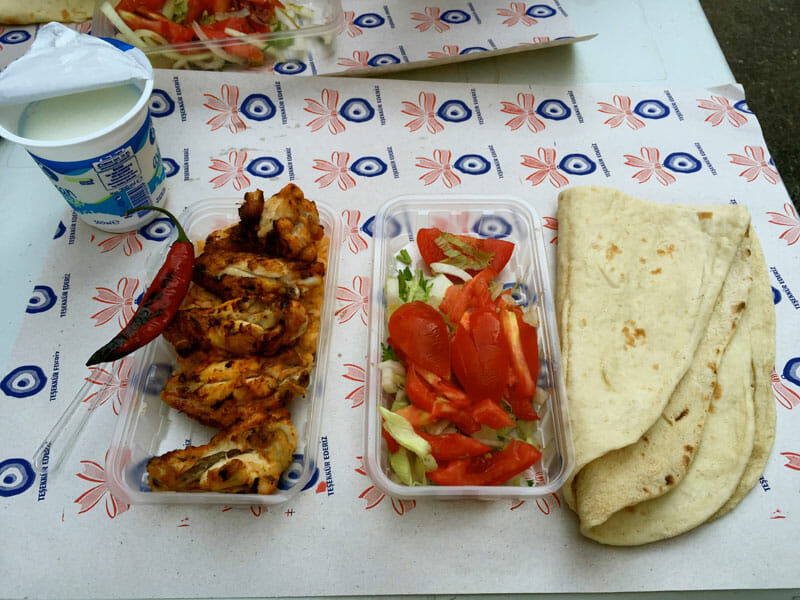 Ulaş, having dived into his meal as we arrived, finished early and promptly paid his bill – and ours. By reflex we nearly protested, but then thought twice and relented, shaking his hand before he disappeared into a crowded side street.

The pace at the restaurant made it tough to find out more about its background. Wrapmaker Mehmet himself seemed to be MIA, though on one visit our swarthy, middle-aged waiter said that they were brothers as he hurriedly pressed the change into our hands. He added that the family was from the southeastern province of Bitlis before shuffling back into the evening dinner rush.

The wings at Dürümcü Mehmet’in Yeri are by no means the city’s best, but they are nonetheless tasty and cost a measly TL 7 with a cold glass of ayran. You might end up paying nothing if you sit across from someone like Ulaş. Though Aksaray might be filled with more interesting spots drawing inspiration from various points across the globe, the experience here feels genuinely unique to Istanbul. It’s hard to imagine another city where one can rub shoulders with a stranger and strike up a conversation that ends with them paying your bill. 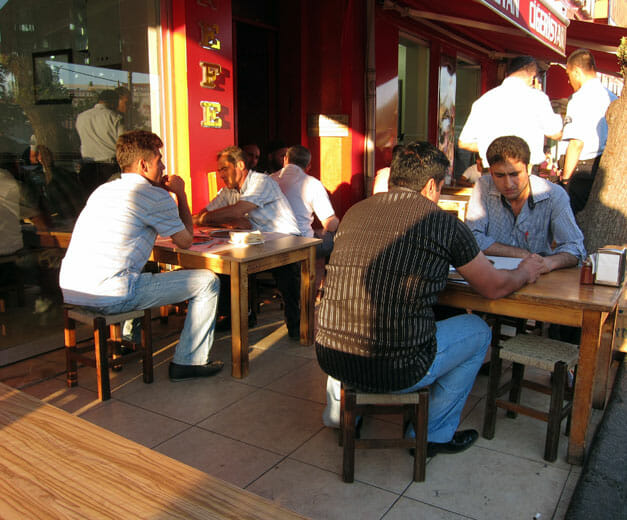