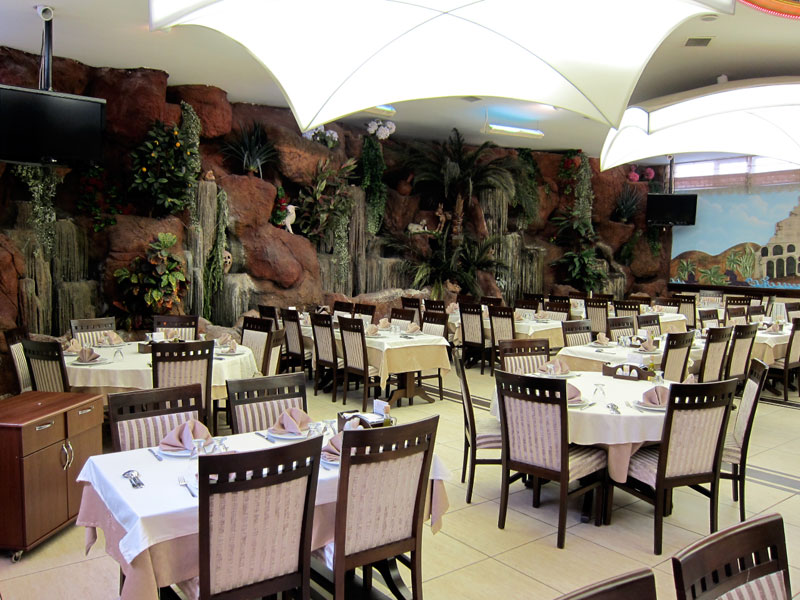 In our imaginary primetime lineup, a reality show called “Pimp My Kebab Salon” transforms a drab kebab shop into a grill palace suited to the tastes of the latter-day sultans. Surfaces are suddenly gilded in gold, fountains appear and everything is reupholstered under the watchful eye of the boisterous host with tacky taste. If this TV series existed, a much-loved classic episode would take place at Hatay Has Kral Sofrası, a zany kebab restaurant in a part of the Aksaray district filled with lots of other establishments selling food from Southeast Turkey.

As we entered through the hall lined with photos of esteemed guests, our attention hung on the huge grotto at one end of the restaurant, the likes of which we hadn’t seen outside of natural history museums. We won’t even go into the ceramic bas-reliefs of Anatolian construction through the ages featuring Greek temples, Ottoman mosques and soaring office towers that adorn the other walls, or other such subtle details. Let the over-the-topness of the grotto – with its stuffed doe and gurgling brook – stand as a symbol for the glory of all things at Has Kral, including the food.

Looking at the menu, we spotted many similarities to one of our favorite restaurants, Akdeniz Hatay Sofrası, which also serves the cuisine of Turkey’s Hatay province, near the southern border with Syria. Has Kral, too, has metrelik kebap, shish kebab served by the meter – a sporting man’s choice. We also noticed the hallmark of Hatay whimsy, chicken or lamb baked in a salt dome and set ablaze at the table (tuzda tavuk and tuzda kuzu, respectively). Both are excellent at Akdeniz but require advance ordering, so we couldn’t sample Has Kral’s versions.

We started our meal with a number of mezes that we know and love from the Hatay kitchen – a zingy zahter (aka za’atar), a salad of fresh wild thyme; fattuş, or green salad riddled with crunchy fried pide chips; and lübnan ezmesi, which combined a salty soft cheese with roasted

eggplant yogurt and dried red peppers. The starters, along with one of our favorite guilty pleasures between courses, içli köfte, were delicious.

Selecting from the list of kebabs is an overwhelming part of a meal at Has Kral. However poetic, menu items with names like “the dance of kebab” didn’t help us make a decision. We asked the waiter to translate the list into plain kebab language and settled on one of the specials, featuring an assortment of three kebabs. Here’s where Has Kral earned its crown. Two of the three kebabs we ordered were shockingly good. The third, a çöp şiş, was very good by any normal measure but paled in comparison to its compatriots on the plate. One of those, made with fatty ground lamb shot through with bright green pistachios and shreds of red pepper, was crumbly and almost sweet. We found its partner, bursting with pine nuts, so moist and delicious that we thought we might be hallucinating. But that’s the Has Kral experience – trippy, down to the last detail.

There is a tempting dessert menu, including candied unripe eggplants and walnuts, but by the end of the kebab course the atmosphere of Has Kral can get a little heavy. We suggest wandering around in the little nearby streets in search of a perfectly plain künefe shack. They are out there and we find that künefe, a traditional kebab house dessert of shredded pastry and cheese soaked in syrup, is somehow sweeter when one is sitting on a rickety stool on the sidewalk, rather than being stared down by a stuffed doe perched on a concrete grotto. 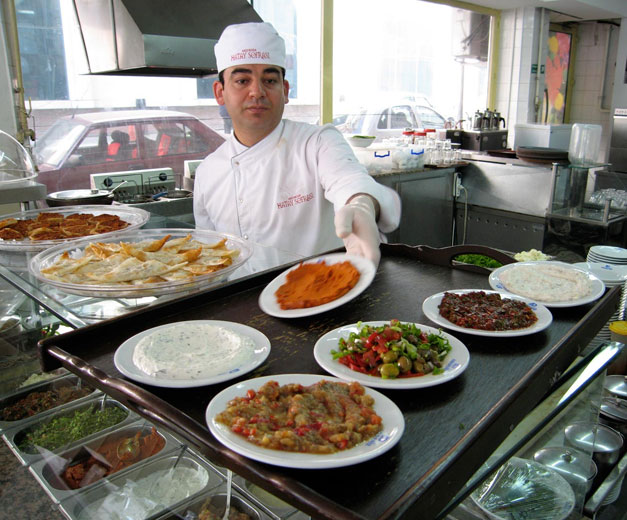 Istanbul | By Istanbul Eats
By Istanbul Eats
Istanbul -- The only positive thing about the torturous annual visit we used to make to Istanbul’s main police station in order to renew our residence permit was the chance to drive through the low-rent Aksaray neighborhood. It's home to dozens of intriguing off-the-beaten-path restaurants, most of them opened by migrants from other parts of… 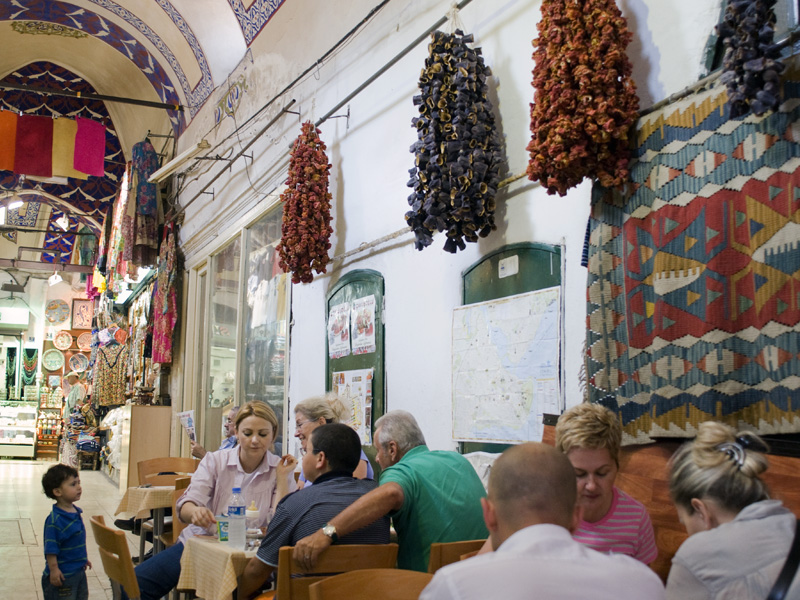 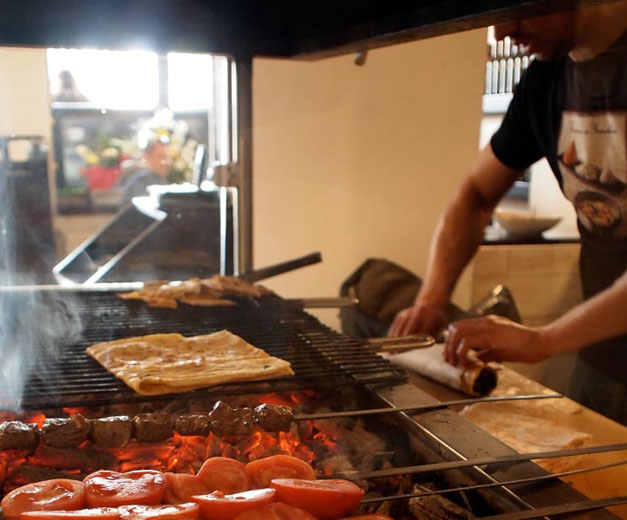 Istanbul | By Istanbul Eats
By Istanbul Eats
Istanbul -- In Istanbul, we’ve noted an inverse relationship between a restaurant’s atmosphere and what’s coming out of the kitchen. In most cases, as furniture design goes slick, as bathrooms get properly lit and ventilated, as the wait staff becomes customer-savvy, the quality of the kitchen inevitably goes down. Presumably, there are those in Istanbul who go…