Sitting at a table in Lucio, a long-established tavern in the heart of Madrid’s most famous tapas street, is a singular experience that has a slightly surreal, Buñuel-esque touch.

Queues formed of Madrid’s born-and-bred elite snake past the elegant wooden bar, the coiffed connoisseurs greeted with affection by the landlord himself as they wait to eat his restaurant’s specialty dish. Lucio’s signature white suit and the hushed, apparent dignity of the place are quite a contrast to the actual holy grail itself: a plate of fried eggs and fries.

The eponymous owner keeps repeating in a whisper that this is the most famous restaurant in all of Spain; perhaps it truly is. The walls are decorated with celebrities who have passed by: the former king (who has been here more than 150 times), Bill Clinton, Leonardo DiCaprio. But the most impressive photo, one dug out of the vaults especially for CB, portrays a very improbable dinner: Gonzáles, Aznar, Zapatero and Rajoy – all prime ministers of Spain in the last 20 years, sitting at the same table with the former monarch. “The next will be with Obama,” Lucio says. 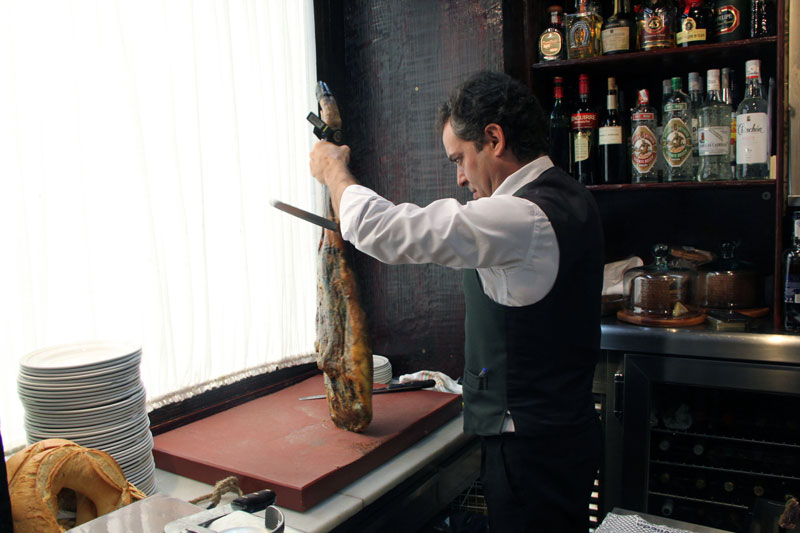 His secret is nestled in the consistency of two essential elements: the quality of the food and the intimate treatment of customers. Here, raw materials make all the difference, be it the eggs that have turned a humble builders’ breakfast into a coveted meal of the house, the meats in the lamb or partridge stew, or the hake in green sauce or Norway lobster. Though eating here seems like a grand affair, prices are reasonable (it is essential to book ahead, however).

Lucio has been working in the same establishment since 1945, when at the age of 12 he moved to Madrid from Ávila, a Romanesque town in Castile and León. The venue was then called Mesón del Segoviano and changed its name in 1974.

Lucio represents the continuity between the past and the present in Calle Cava Baja. This road is located in the central neighborhood of La Latina, the oldest area in Madrid that was once occupied by the Islamic citadel inside the city walls, and is characterized by spacious squares and narrow streets. It has been a road of taverns since the 17th century, when merchants would come by mule to the medieval city to sell their products in the nearby San Miguel and Cebada markets. Transformed over the last century as a major gastronomic road for residents and tourists, nowadays it manages to maintain its status as a food destination – there are more than 40 bars and restaurants here – though it is in constant flux. 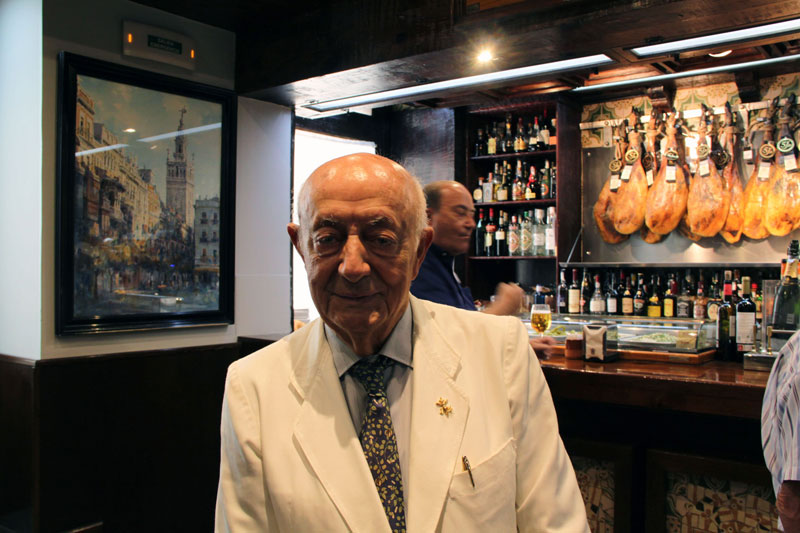 In recent years, the street has been the focus of a struggle between several franchising companies, which sell cheaper (and poorer quality) food and drinks, and residents, who think these places are responsible for increasing the flow of tourists, as well as rents and noise. “The street is changing,” says Lucio. “This neighborhood is so typical and beautiful, it would be a pity if the authorities didn’t protect it.” For residents, the solution would come from a declaration by the city government making this area a protected acoustic zone.

Calle Cave Baja is close to the historic Sunday flea market El Rastro and La Cebada Square – the latter one of the most interesting urban experiments of community-managed public space in Europe. That makes the street in general, and Lucio’s tavern in particular, an ideal stop-off point to discover the more surprising elements of Madrid’s food landscape.

Oaxaca | By Margret Hefner
By Margret Hefner
OaxacaEditor's Note: Unfortunately, since first reporting this piece, we have learned that Eduardo has unexpectedly lost his lease. He is in the process of relocating the restaurant. To keep up with him and the new location, please check his Facebook page. Oaxaca, consistently ranked as one of the three poorest of Mexico’s 31 states, can…