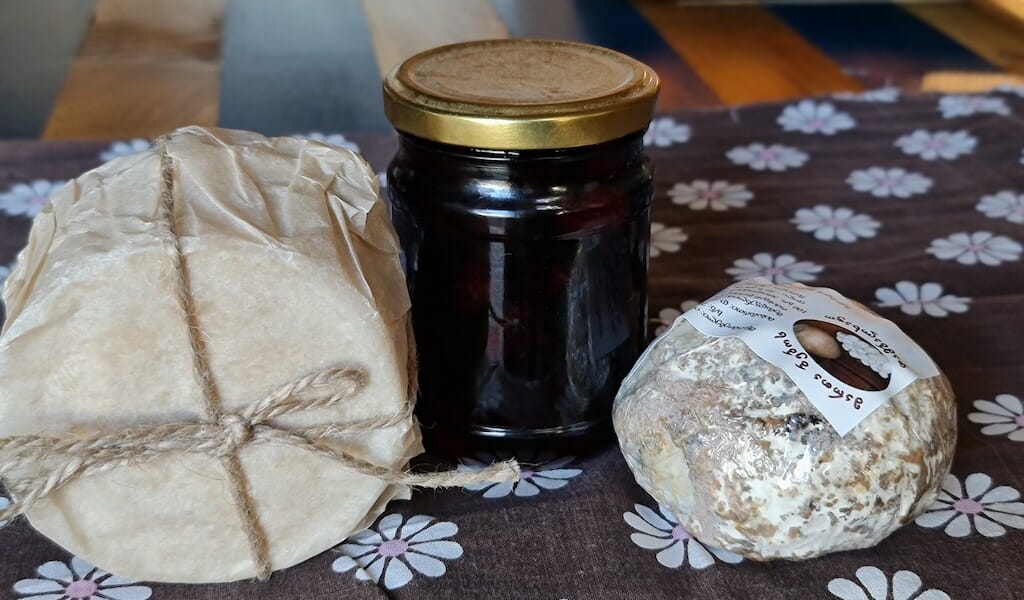 Of the many benefits of village living, perhaps the greatest is eating locally grown, seasonal produce. Fresh eggs with tangerine-colored yolks, backyard chickens, buttery potatoes, and knurly, sweet carrots caked in clods of earth are beyond compare.

But these treasures cannot be found in urban supermarkets, which stock mostly imported and some conventionally grown local produce. Garden-fresh fruits and veggies are even hard to find at food bazaars like Dezerterebi – forget organic. While there are a few specialty shops like Sunflower and Au Blé d’or selling organic products, selection is limited. The best way to load up on real-deal, straight-from-the-farm produce is to go directly to the source, or have it delivered to you.

Natia Ninikelashvili, a native of the Kakhetian village of Gulgula, missed the wholesomeness of the food she grew up with when she moved to Tbilisi and raised her family. Her mother often sent care packages of fresh eggs, free-range chickens, churchkhela, and other goods from Gulgula. 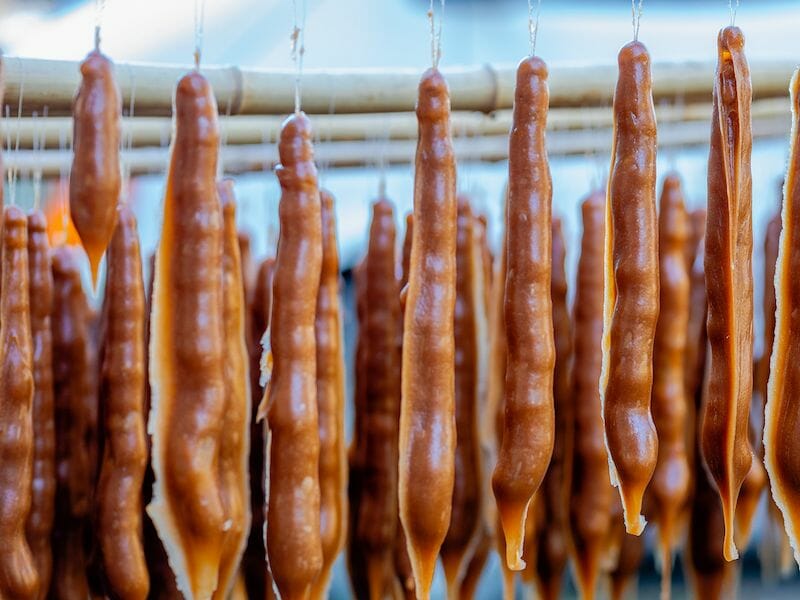 “My friends would say, ‘Please ask your mother for some products for us,’” Natia recounts. “They paid, but I felt weird taking money from friends.”

Natia learned about e-commerce while working in the risk management department of a local bank between 2008 and 2015 – at the time it was a relatively new business model to Georgia. She hatched a plan with friend Nino Mgebrishvili, who was also concerned about the quality of food her family ate. The women approached farmers in Gulgula and nearby localities and in 2015 established Soplidan.ge, which means “from the village,” and stocked their virtual shelves with around 25 products.

Online shopping in Georgia is growing, although most purchases are clothes and electronics. Food is slow to catch on, Natia explains, because the tradition is to smell, touch and taste things before buying them. Yet she would rather work on changing that mentality than opening a walk-in shop. Plus she likes the community that has grown around Soplidan.ge – it’s a niche enterprise now offering over 300 items and with several producers on board.

She likes the community that has grown around Soplidan.ge – it’s a niche enterprise now offering over 300 items and with several producers on board.

The online shop’s focus is on quality, health and supporting women. The website has a link to products made exclusively by women, who Natia says are often “invisible” in the agricultural business as their roles are to feed the family and raise the kids, even though they may also be milking the cows, making the cheese, jarring the jams and doing pretty much everything else.

At first, Natia sought goods by going house to house, village to village in Kakheti, then later expanded to west Georgia. After several years, word spread and producers began to solicit her. The Soplidan crew has gained experience managing quality control and provide basic nitrate level tests and sometimes consultations, too. The company sells produce from both small “honest” farmers and those who have fulfilled all of the strenuous requirements to achieve official bio certification. 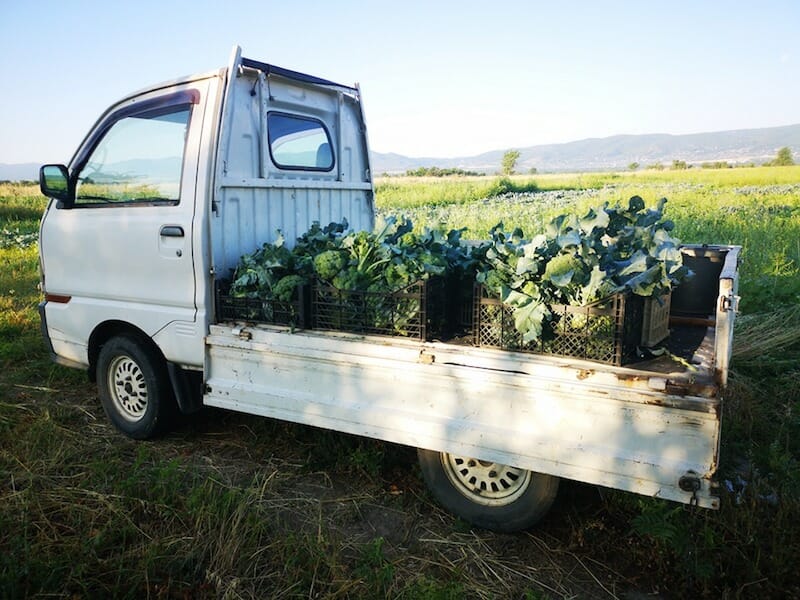 Soplidan.ge works with local start-ups to offer hard-to-find artisan products like peanut, almond, pecan, pumpkin seed, and hazelnut butter made locally by Chkviani Tkhili (“Clever Nut”), in addition to candied vegetables (pumpkin, zucchini, carrot, eggplant) by Kopishoni, and dried apple chips by Enkeni. Soplidan also bottles their own line of sauces (plum, tomato) and jams based on grandma’s recipes. More common goods, like churchkhela, are unadulterated and come straight out of a Kakhetian village cauldron.

Carnivores can order poultry that comes from small farmers who slaughter to order, certified Kakhetian beef, hormone-free beef and pork from Blauenstein (also known as the Swiss Butcher), as well as Angus beef from the first farm in Georgia to raise the cattle breed.

One of their most recent additions is an alcohol-free beer, Kisturi, from Pankisi, a Kakhetian region that is home to the Kist people, ethnic kin to Chechens. The beverage is based on an ancient highlander recipe of herbs and fruits. In the future, Natia hopes to find a bit of land to grow “primary products” like high-quality carrots and beans. She is also considering establishing a kind of showroom, so that those who want to see and touch their products may (although sales will remain online).

Natia says before Soplidan started, it was hard to find “quality food” in Tbilisi. Restaurants like Shavi Lomi, one of the best in the city, would likely agree: They offer her guda sheep cheese and Kakhetan sunflower oil on the menu. As for us, our most recent order from Soplidan, which included a gutsy wheel of goat cheese, a jar of plush blackberry jam, and a ball of hard-to-find dambalkhacho, left us thrilled that such quality is now only a few clicks away. 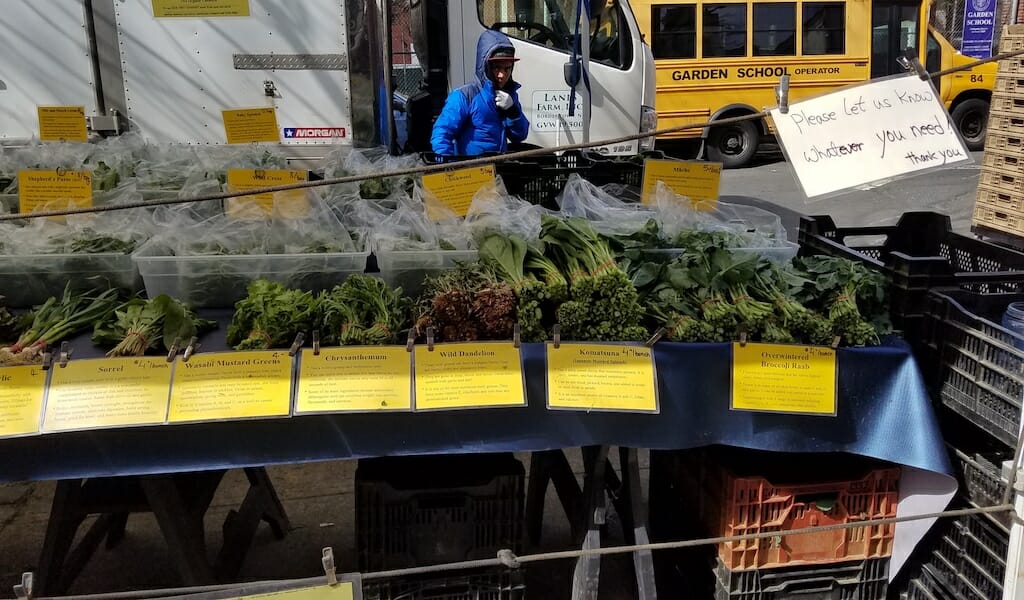 Queens | By Culinary Backstreets
By Culinary Backstreets
QueensThe next installment of CB Pantry Raid, a series in which our walk leaders give a guided tour of the local pantry, will take a slightly different approach. Esneider Arevalo, our lead guide in Queens, will be taking us with him as he visits the Jackson Heights Greenmarket, where New Yorkers can buy prepared pantry… 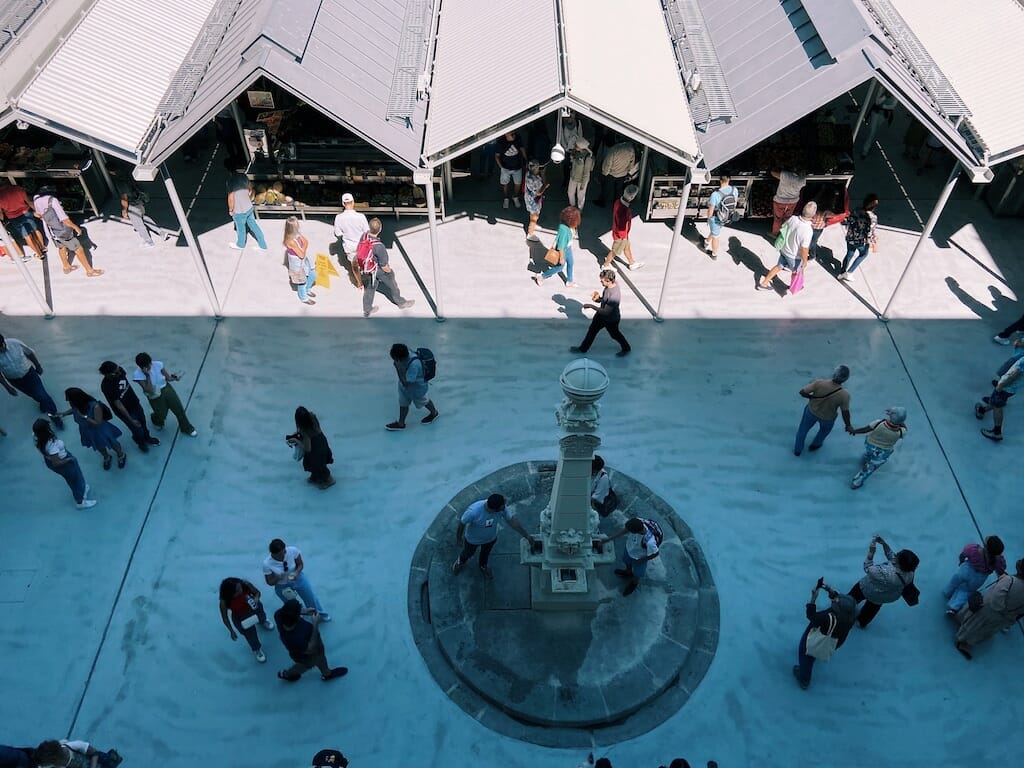 Porto | By Rafael Tonon
By Rafael Tonon
PortoIt took four years and four months, but Mercado do Bolhão, Porto’s central market and historic icon, finally came back to life in September. The first to arrive at the reopening was Nossa Senhora da Conceição, the market’s patron saint, whose image was installed in front of the new structures that are now part of…