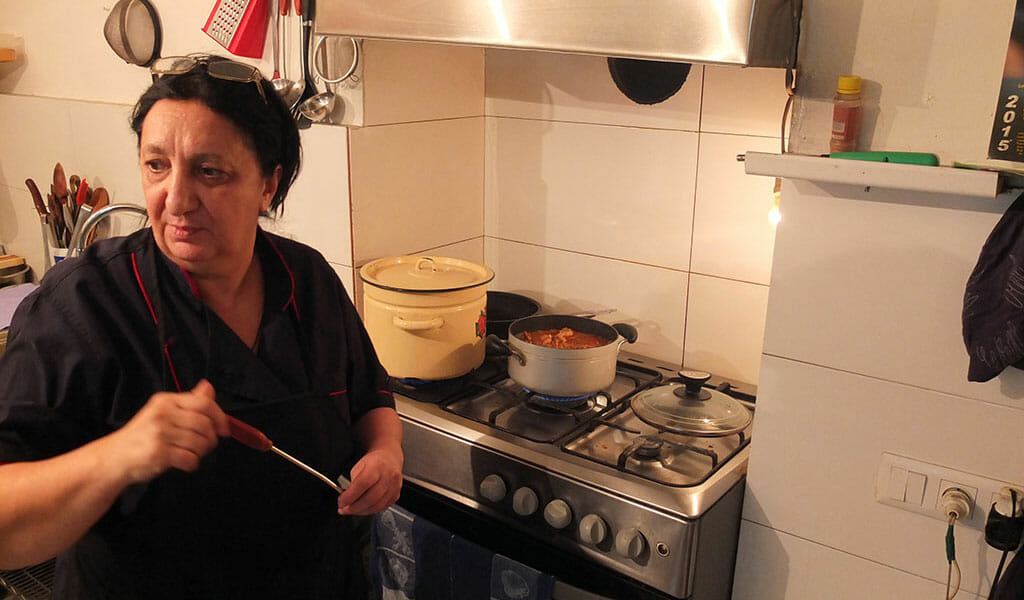 In the Caucasus, guests are considered gifts from God. Georgians like to call them okros stumrebi – “golden guests” – an endearment that illustrates the stature the ever-hospitable Georgians give to those they host. And whenever our own golden guests come to visit in this remote corner of the world, we never fail to entertain them in our own surrogate dining room, Shavi Lomi (the Black Lion).

The restaurant is an homage to Georgia’s favorite artist, Niko Pirosmani, a naive painter whose favorite subjects were animals, a singer named Margarita and feast scenes. The flea-market furniture, tablecloths and china make the Black Lion an ideal setting for anybody hankering to create a one-of-a-kind, laid-back feast scene of his own, with hearty original takes on traditional Georgian cooking. 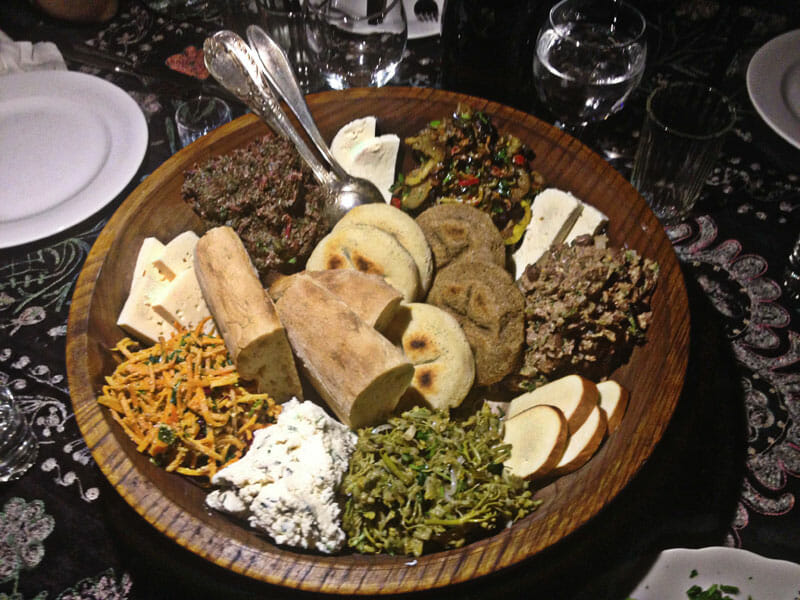 The restaurant is the brainchild of local celebrity chef Meriko Gubeladze, who opened Shavi Lomi in May 2011 with three of her friends: interior designer Guga Kotetishvili, film director Levan Koguashvili and Tazo Kipshidze. Word quickly spread about a new mouthwatering place serving never-before-seen dishes like green grits (ghomi, a western Georgia staple, is white); khachapuritos, which are chicken or beef quesadillas with thin Armenian lavash substituting for tortillas; and Ghobi, an enormous wooden bowl packed with appetizers – jonjoli, a cheese assortment, phkali (beet, walnut and spinach paste), pickles, beans, cornbread and other delights – that everyone dips into communally.

The Shavi Lomi menu is not so much fusion as it is a kind of “refrigerator surprise,” a culinary brainstorm of ingredients and ideas in which Gubeladze and her cooks, who offer their own regional favorite dishes, end up inventing completely new recipes. Xveula, for example, is a simple flour-and-sugar peasant dish that mothers in Racha, a remote mountain region, offer their children to keep them quiet, explained waitress Tamuna Jordania, the heart and soul of Shavi Lomi.

“Instead of sugar, we put cheese with mushrooms or spinach and it’s just great!” Jordania said with a beaming enthusiasm rarely seen in waitstaff in Georgia. “You really have to come on Friday or Saturday to try our new special,” she added. “It’s chicken baked inside a pumpkin with tomatoes, walnuts and purple basil.”

Jordania and the entire crew have been with Shavi Lomi from the beginning. They aren’t so much employees as they are a family doing what they love for the benefit of the family. Patrons can’t help but pick up on that kindred vibe. The international musicians who come to perform at the annual Tbilisi Jazz Festival have made Shavi Lomi their unofficial restaurant. On her 2013 album, Soul Quest, pianist Keiko Matsui penned two songs inspired by the restaurant, “Black Lion” and “A Night With Cha Cha.” 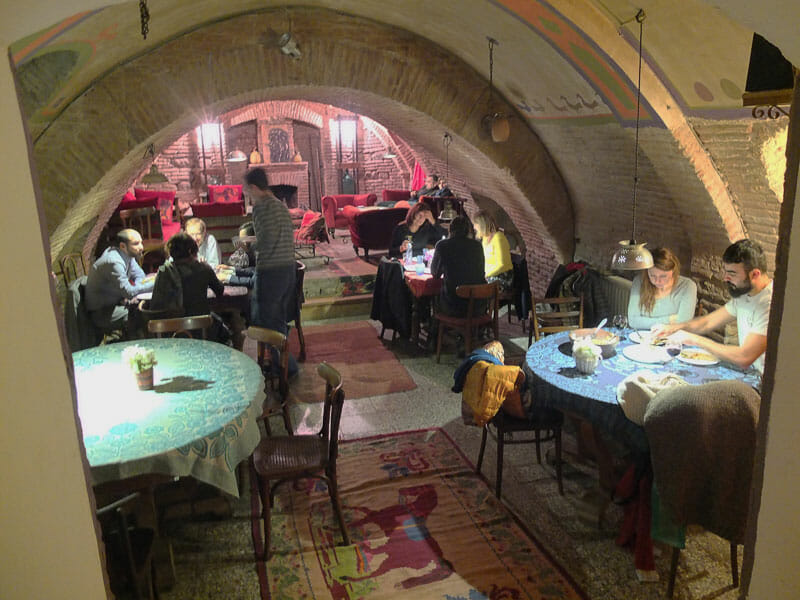 We asked Gubeladze what happened to the crazy delicious chacha (moonshine) with the pears in the bottles that they used to serve. (To produce it, the farmer ties bottles to pear trees as the fruit sprouts and then it grows inside.) She told us that last year, a windstorm knocked most of the bottles off the farmer’s trees. This year, she confessed, the jazz musicians from the festival finished off all the special chacha.

Editor’s note: To celebrate the ‘Year of the Neighborhood,’ we will be republishing dispatches from the less-visited areas – like Plekhanov – that our correspondents are planning to explore this year. Since this review first ran in 2015, Shavi Lomi has moved from the cellar location pictured here to an old house with seating in various rooms and more in the garden. Also, Tamuna Jordania, the waitress quoted in the review, no longer works at the restaurant.