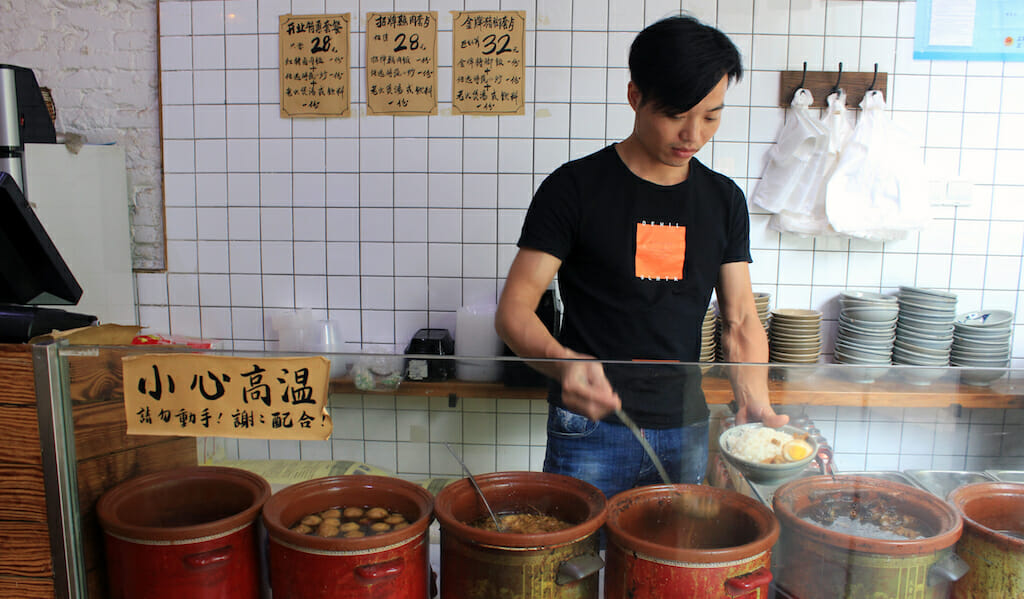 Shanghai doesn’t fit the traditional (if often false) narrative that urban spaces consist of “good” neighborhoods and “bad” neighborhoods. Crime is not a major concern for most residents in the city, and truly derelict areas are few and far between. However, the varying levels of development and infrastructure create different zones that deeply impact residents’ lifestyles in ways that are more extreme than in other more developed countries.

On a recent weekend road trip to Moganshan, a mountainous oasis of bamboo forests just a few hours from Shanghai, the starkness of the city’s “development zones” came to light as we made our way home to the tree-lined streets of the former French Concession. The endless industrial zones of outer Shanghai’s Minhang district, with their attached employee dorms and smokestack backdrops, paint a potentially depressing picture of what life is like there. Many blue-collar migrant workers that come to find work in Shanghai end up priced out and isolated from the city’s transport and cultural infrastructure.

Those areas give way to the sterile and repetitive apartment blocks of Gubei, as well as the innumerable new mall complexes that take up entire city blocks – the picture of a life spent dining and working and being entertained completely indoors, Singapore-style.

In Xuhui, Changning and other more central districts, a certain balance can be achieved, where pockets of historic villas and tree-lined streets co-mingle with new developments, office towers, and traditional neighborhoods. While diminishing in numbers, they often contain homes and laneways that have escaped redevelopment, and continue to be passed down through families. 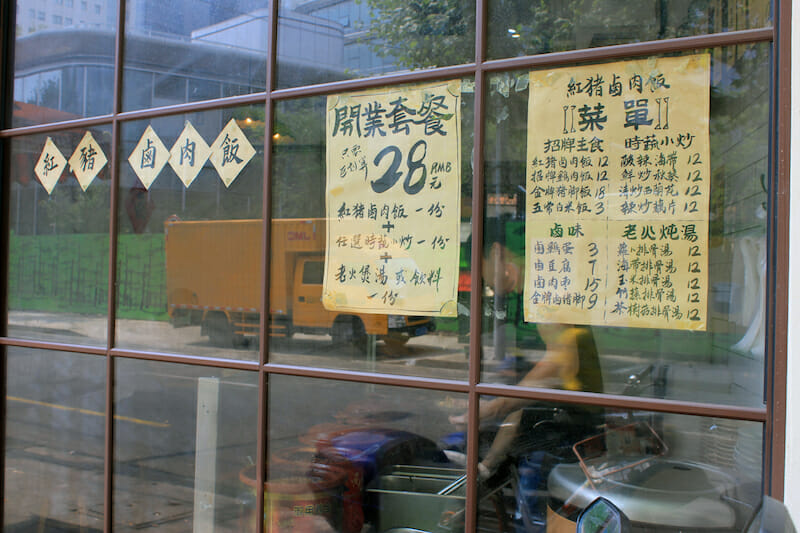 It is in one of these transitional neighborhoods that you’ll find Mr. Huang’s Taiwanese restaurant, nestled on the north side of Guangyuan Road amongst early 20th-century lanehouses. Just on the south side of the street, a shiny new mall sits waiting for tenants to move in before its imminent grand opening.

These zones seem to best capture the essence of today’s Shanghai – walk across the street for the latest 3D IMAX release and 20 food court options and then go ahead and pick up a few Louis Vuitton accessories while you’re at it. Hop to the north side of the street and you’ve got an array of small shops on the street level selling bowls of noodles, dumplings, and rice combos for 20 RMB (around US$3). There’s a luxury of sorts that comes from not having to pick a side and stay in it, and it’s not one that all Shanghai residents are afforded.

After moving from the southern Chinese city of Xiamen (just a few kilometers from Jinmen Island, a Taiwanese territory), Mr. Huang decided to open a Taiwanese braised pork rice bowl shop based on his grandfather’s recipes, which he says have been passed down in the family for generations. Although he and his older brother have only been working in the restaurant business in Shanghai for two years, they’ve already opened two more spots after the success of this first shop.

The small shop strikes the perfect balance of cheap, fast and delicious.

Especially popular at lunchtime, the small shop strikes the perfect balance of cheap, fast and delicious. Mr. Huang credits his success to his authentic methods and imported ingredients, including all the pork, which comes from Taiwan. Where costs are prohibitive, they do it themselves, like with the crunchy pickled radish that they make in-house. 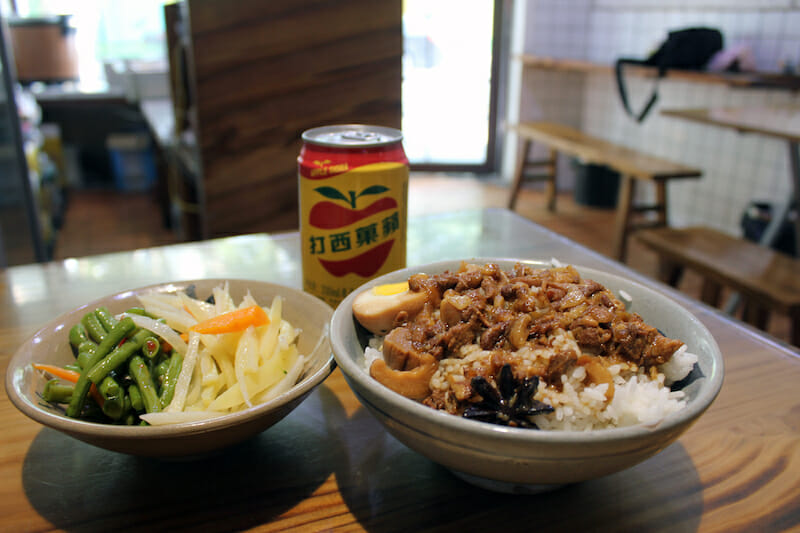 For 28 RMB (around US$4) you’ll get a generous portion of your choice of meat over rice, along with two veggie sides and half a hard-boiled egg that’s been soaking in delicious braising sauces. We usually opt for the crunchy sliced lotus root and the asparagus lettuce drizzled in sesame oil, but they’re all fresh and filling and worth a shot to find your favorite.

You can also choose between a canned drink, including Sidra, the lovely Taiwanese apple cider, or the soup of the day, which usually features winter melon and pork ribs or other simple combinations.

The shop has seats for about 15 people, so if you want a guaranteed spot, it’s best to avoid the main lunch rush from noon to 1 p.m. when nearby office workers crowd in. During other times of the day, you’ll probably be eating shoulder-to-shoulder with Taiwanese locals looking for a familiar taste from home. Keep your eyes peeled for the address, as there’s no sign out front.