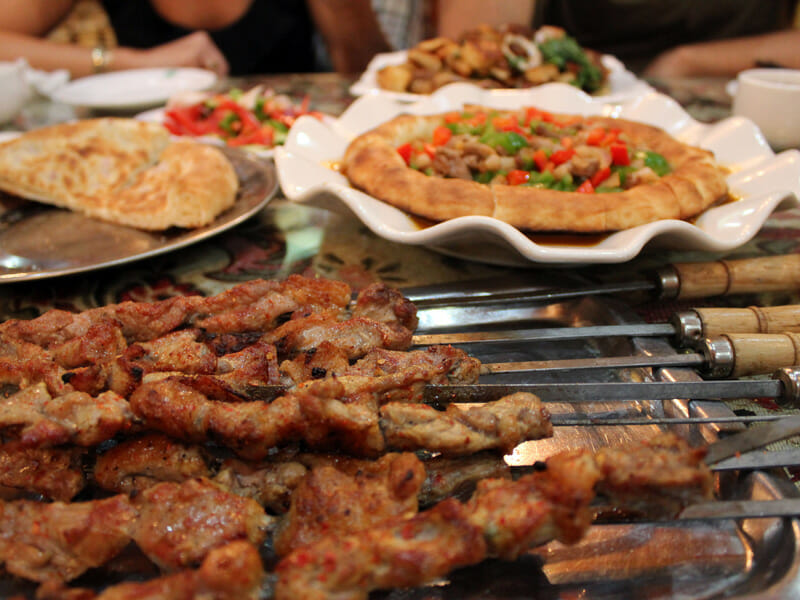 The three states of naan may not have any political standing, but they do enjoy culinary representation at one of Shanghai’s finest Uighur restaurants, Xinjiang Yining Yuanzheng, aka Xinjiang Expedition. We’re talking bread without borders, dough diversity at its finest, and a refreshing change of pace from the Chinese staple grains of noodles and rice.

There’s a naan (the Uighur word for “flatbread”) dish for every mood here. For the purest taste, there is always naan freshly toasted on the grill, which is put to best use sopping up sweet yogurt or the tomato-based sauces that coat most of the noodle dishes here. For something a bit different, our go-to is the soggy naan, which serves as a bed of sorts for a soupy mixture of lamb, peppers and onions. But our favorite bread dish is the fried naan, which is skillfully tossed with a hearty portion of spiced lamb, onion and cilantro. These dishes are integral to the cuisine of Xinjiang, China’s predominantly Turkic far-Western province, but the expansive menu has nary a miss on it, making the joint a favorite for locals and expats alike.

Not just a spot to feed our naan addiction, the venue also offers lamb skewers cooked by a grill man out front – a permanent fixture that provides the neighborhood with convenient streetside treats all day. We always start a meal here with an order of the lamb skewers, which are expertly interspersed with small chunks of flavorful fat, then sprinkled with a blend of spices and a strong dash of cumin.

The appetizers are excellent, and spicy – we usually also take an order of roughly chopped cucumbers tossed with garlic (inexplicably translated as “pat cucumber” on the menu) for a break from the spice. The “tiger chili eggplant” is a fiery treat with a hint of smokiness, making it a great sauce for rice or our naan dipping needs. Ordering off the delightfully 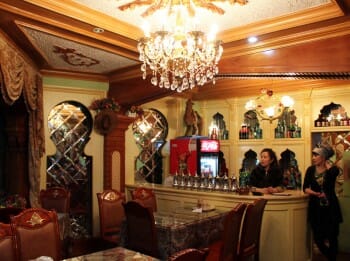 Chinglish-laden menu is a treat. Despite the name, there is nothing mild about the “gently green beans”: the dish actually brings quite a kick of smoked chilies to the table, enough to clear the sinuses.

To truly feel like we’ve made the trek out to the land of the Uighurs, we never forget to order a few bottles of the regional dark beer, Sinkiang. The smooth, well-balanced drink is made with hops from Loulan, an important city on the ancient Silk Road, and goes perfectly with the spices and strong flavors of Xinjiang food. Unlike the Uighur noodle vendors who tend to go alcohol-free, most sit-down restaurants seem to strike a balance between their beliefs and their business sense.

The dining room recently underwent a dramatic renovation. Previously unadorned white walls and large wooden tables were replaced, and the interior could now pass for a Persian rug dealer’s showroom, replete with gaudy light fixtures, chandeliers and fake ivy draped everywhere. But despite the borderline tacky décor, the crowds keep coming because the food is what matters, and what has, most importantly, remained consistent through the years. The dodgy bathroom, located outside and around the corner, was inexplicably denied renovation. Bring tissues.

Just a short stroll from Jing’an Temple, and its hub of metro line 2, Xinjiang Expedition really is a trip to the far reaches of China without ever having to leave the city limits.

(Note: Check the map carefully, as there are two parallel branches of Yuyuan Lu here, which sometimes confuses taxi drivers and locals.)

Shanghai | By Kyle Long
By Kyle Long
ShanghaiFood lovers mourned the loss of Shanghai’s Muslim market when it packed up its stalls a couple of years back, but the closure wasn’t too unexpected. Street food is always in a state of flux in Shanghai, and add to that the ethnic tensions that have developed between the Chinese majority Han and the Muslim… 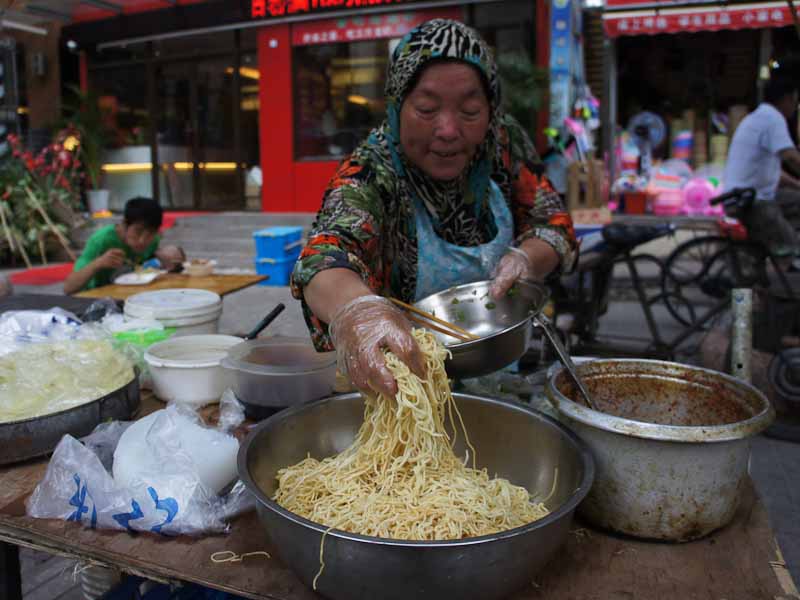 Shanghai | By Kyle Long
By Kyle Long
ShanghaiFood lovers mourned the loss of Shanghai’s Muslim market when it packed up its stalls back in May, but the closure wasn’t too unexpected. Street food is always in a state of flux in Shanghai, and add to that the ethnic tensions that have developed between the Chinese majority Han and the Muslim minorities that… 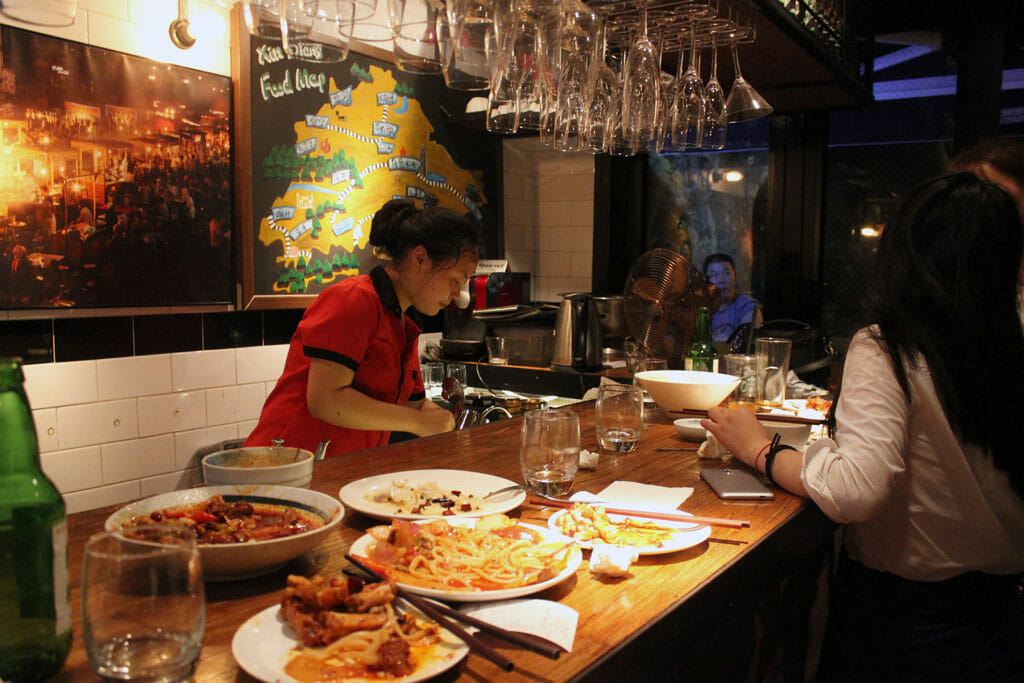 Shanghai | By Jamie Barys
By Jamie Barys
ShanghaiFun fact: More than 70 percent of the meat eaten in China is pork. And while stuffing yourself with xiaolongbao and hongshao rou is a must when eating in Shanghai, it can be nice to have a respite at halal restaurants like Miss Ali. Yan Ali, the owner and namesake of the restaurant, arrived in…
Xinjiang Expedition
20 Yuyuan Zhi Lu, near Wulumuqi Bei Lu, 愚园支路20号, 近乌鲁木齐北路
Tel. +86 136 1160 3279
Hours: 11am-midnight
Menu: Chinese & English