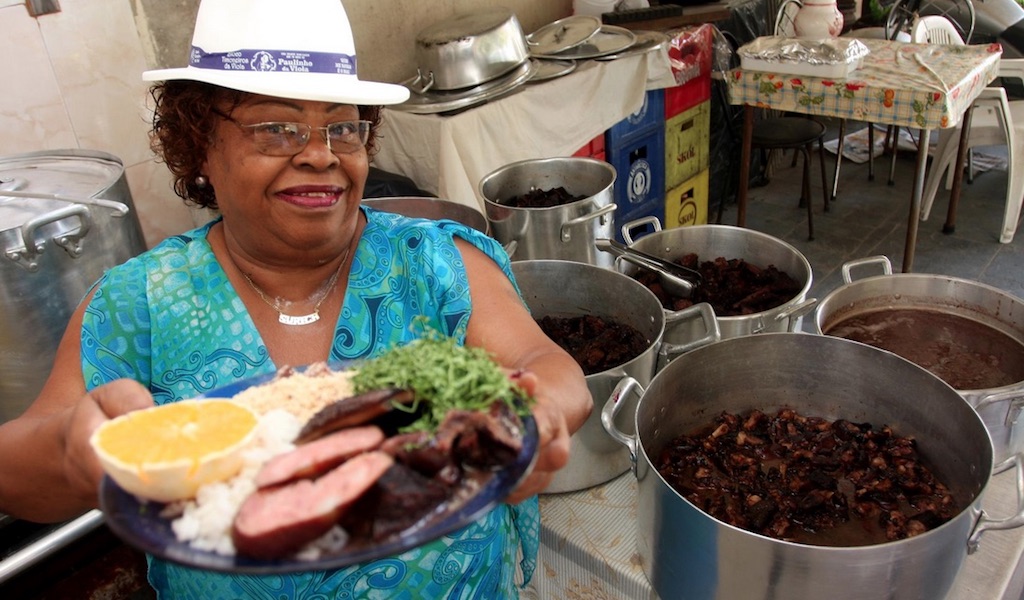 There’s one thing about Rio’s gastronomy that just about everyone can agree on: feijoada, the glorious black bean and pork stew served with collard greens, toasted manioc flour, rice and oranges, can (and should be) eaten all year long.

But during the Carnival season (a non-specified period that begins in early January and extends until one week after the Carnival holidays), the Brazilian national dish becomes the official meal of all parties and events. From Friday to Sunday, feijoada is everywhere – at samba schools, bars, restaurants, fancy hotels, and even on the streets – and almost always accompanied by samba.

This year is no different. The feijoada season has already begun, and the agenda is packed until Carnival, which in 2018 runs from February 10-14. Each feijoada has it’s own enchantments, not only because of the food, but also because of the musical attractions on offer. Here are some of the best options for taking part in a feijoada over the next couple of weeks, with locations and prices included (as a general rule of thumb, feijoadas tend to be very cheap at samba schools and bars, and more expensive at restaurants and hotels). 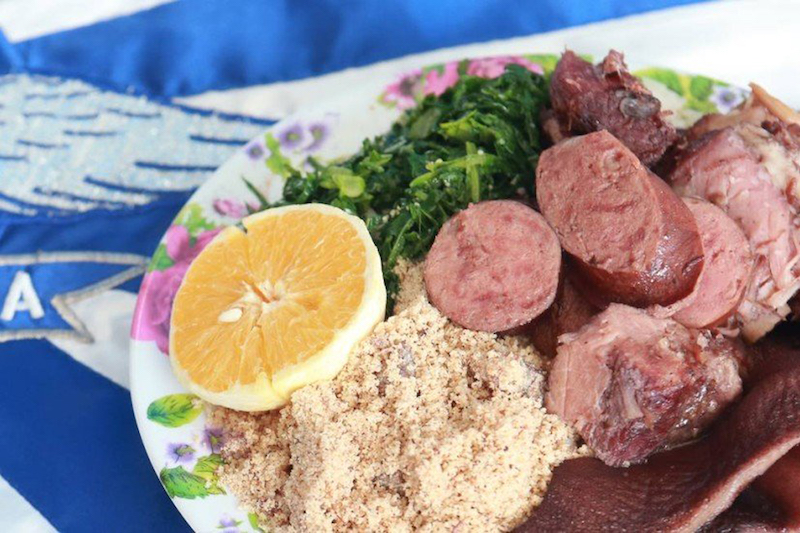 After more than 30 years, the most traditional samba school in Rio is a champion once again. Portela won last year’s official Carnival parade contest, and it’s still celebrating. One of the first samba schools to offer regular feijoada parties at it’s headquarters, Portela will host its last before the 2018 Carnival on Saturday, February 3. The so-called “Velha Guarda” (“Old Guard” in Portuguese), a group of legendary musicians and composers that have been working for the school for over 70 years, will be providing the music. The feijoada will be prepared by the equally famous Tia Surica, a beloved cook and samba composer. An afternoon spent eating feijoada and listening to the bambas at Portela headquarters is one of our favorite ways to pass a pre-Carnival Saturday. Entry costs R$25 and the feijoada another R$15, although drinks are not included. The party starts at 1 p.m., and goes until 10 p.m. So we say make it both lunch and dinner!

Mocidade Independente de Padre Miguel, another very traditional and famous samba school from the city’s West Zone and, along with Portela, winner of the official Carnival parade last year, will be hosting it’s last feijoada party before Carnival on Sunday, February 4. The food is prepared by the baianas, a group of older women who are devilish cooks and use their incredible skills to earn money for the school, some of which goes towards the costumes used in the parade. Entry costs R$20 and includes the feijoada, but not drinks. It begins at noon and ends at 8 p.m., with dozens of live samba music presentations over those eight hours. 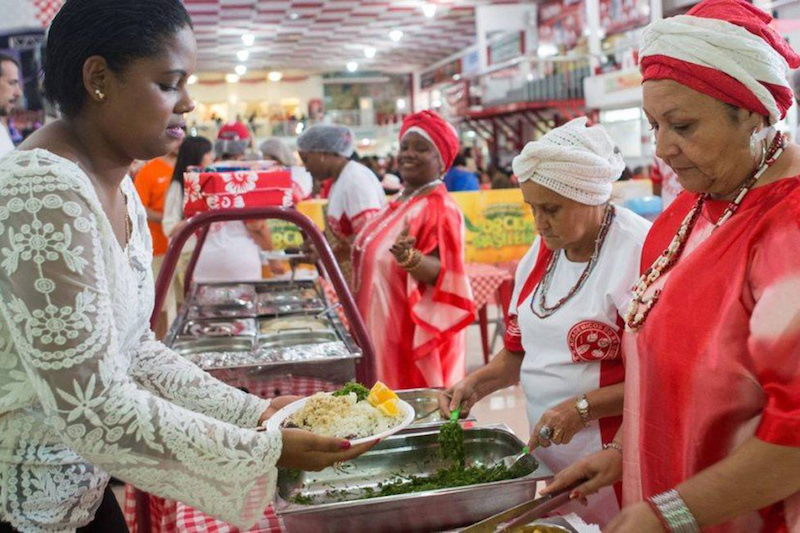 Well-known and easy to reach (it’s located in a central neighborhood in Rio’s North Zone), Salgueiro has one of the most popular feijoada parties in town. Located on the famous Salgueiro Hill, which is also home to one of the biggest favelas in town, this samba school is popular amongst the younger set. As a result, the parties here feature a mix of samba and and what locals refer to as “funk,” a booming mix of Brazilian and hip hop sounds. Salgueiro’s last feijoada before Carnival will also take place on Saturday, February 3. The main musical attraction will be the school’s official samba interpreters, who will be accompanied by the “Bateria Furiosa” (“Furious Drummers”), one of the most famous sets of drummers at Carnival. The price for the shows and the feijoada is R$35, excluding drinks. It begins at 1 p.m. and runs until 7 p.m.

For the third year running, this relatively new beachfront hotel in Barra da Tijuca is organizing a rollicking feijoada party. On January 3 and February 10, the Mangueira Samba School, one of the most beloved and successful samba schools in Rio, and the Suvaco do Cristo, the most popular drum group of the blocos de carnaval (informal street parties that happen all over the city during the Carnival holidays), will take the stage together at Windsor. With those two attractions, Windsor’s feijoada promises to be not only delicious, but also very crowded. The party will run from 1 p.m. to 7 p.m. and costs R$280, all included (food, dessert, alcoholic and non-alcoholic beverages). 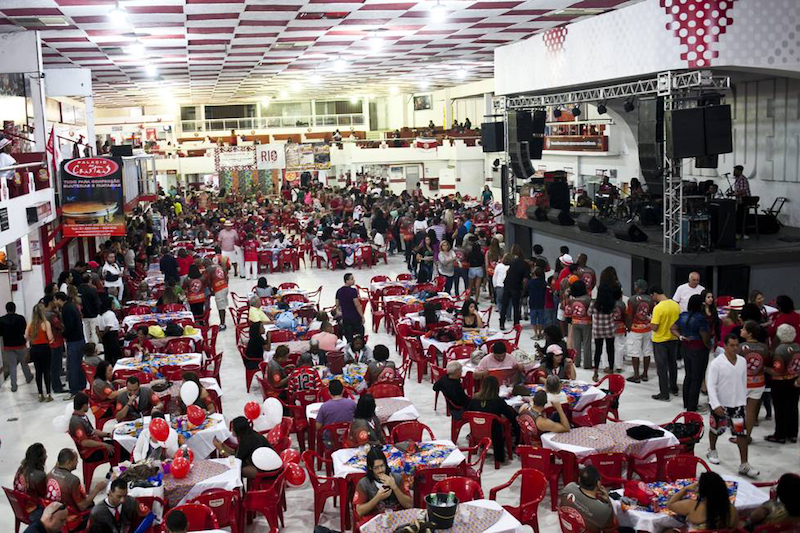 A popular music club in downtown Rio, Teatro Rival offers feijoada every Friday, all year round, but during Carnival season they really ramp up their offerings. On January 26 and February 2, a very special feijoada will be prepared by the famous chef Katia Barbosa, a botequim owner who invented the bolinho de feijoada, a fried mini-cake filled with feijoada, a miracle in form). Along with the food, you can watch live presentations of samba and chorinho, a popular type of Brazilian instrumental music. These parties, called Feijoadas do Aconchego, will take place from 11 a.m. to 4 p.m., and the cost is R$35 (beverages not included).

The Carnival feijoadas from Esplanada Grill are a must-try. During this time of year, the famous steak house changes lanes on Saturdays in order to honor the Brazilian national dish. But careful attention is still given to the meat: the feijoada here is served on separate plates, so you can choose precisely which cut of pork you’ll eat. And, of course, you will be enveloped in samba music. The price is R$84, all you can eat, and it also includes one caipirinha. It’s served every Saturdays, from noon to 5 p.m., up until one week after Carnival.

Located downtown, no more than a hundred steps from the Olympic Boulevard and Museum of Tomorrow, the traditional, artsy botequim Bar Imaculada is an expert in joining samba and feijoada all year round. The bar, which is also a gallery, is housed in an old building in the heart of Morro da Conceição (Conceição Hill), one of the oldest examples of colonial architecture in Rio. Not a favela, but still very popular, Morro da Conceição is home to several sculptors and painters, including the owners of Imaculada, whose works decorate the bar. Every Saturday, from 4 p.m. onwards, the bar offers a delicious and inexpensive feijoada along with live presentations of samba and choro (the most jazz-like sounding Brazilian popular music). So, in the lead up to Carnival, these events will take place on February 3, 10 and 17. The feijoada costs R$40 per person (beverages not included) and there’s a fee for the music, usually around R$10. 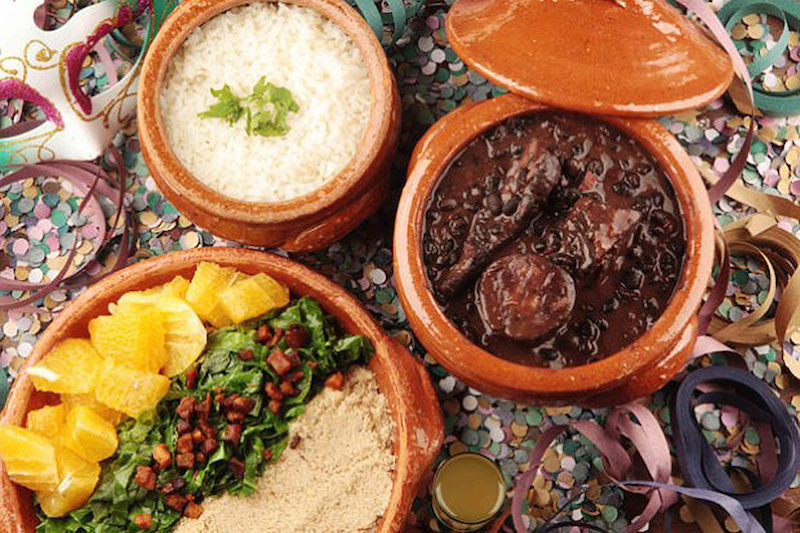 Academia da Cachaça is not a place particularly devoted to samba, but it is dedicated to feijoada. During Carnival, this bar in Leblon is packed with people – cariocas and foreigners – eager to have a plate of its delicious black bean stew. From February 9 to 14, it will be one of the best places in Rio to have a cheap but delicious feijoada. Even more than that, you’ll be able to wash it down with cachaça, which, as its name indicates, is the bar’s specialty. It’s common in Rio to serve feijoada with a glass of cachaça. But at Academia da Cachaça, this experience is particularly special. That’s because the bar offers more than 300 different brands of the alcohol, some of which are truly outstanding. There’s no live samba music at the bar, but during Carnival it’s very likely that, once there, you will be listening to the street parades that pass by all day long – a cheap way to enjoy samba, Carnival and cachaça all at once. The price for the feijoada is R$90, and it serves two people easily.

Rio | By Juarez Becoza
By Juarez Becoza
Rio -- Editor's note: Through next week, we're celebrating the humble bean in all its varieties, and we're kicking off Bean Week at Culinary Backstreets with one of the liveliest versions of Brazil's national dish. Everyone knows that Carnival takes place in February. But in Rio, the party starts long before then. As early as… 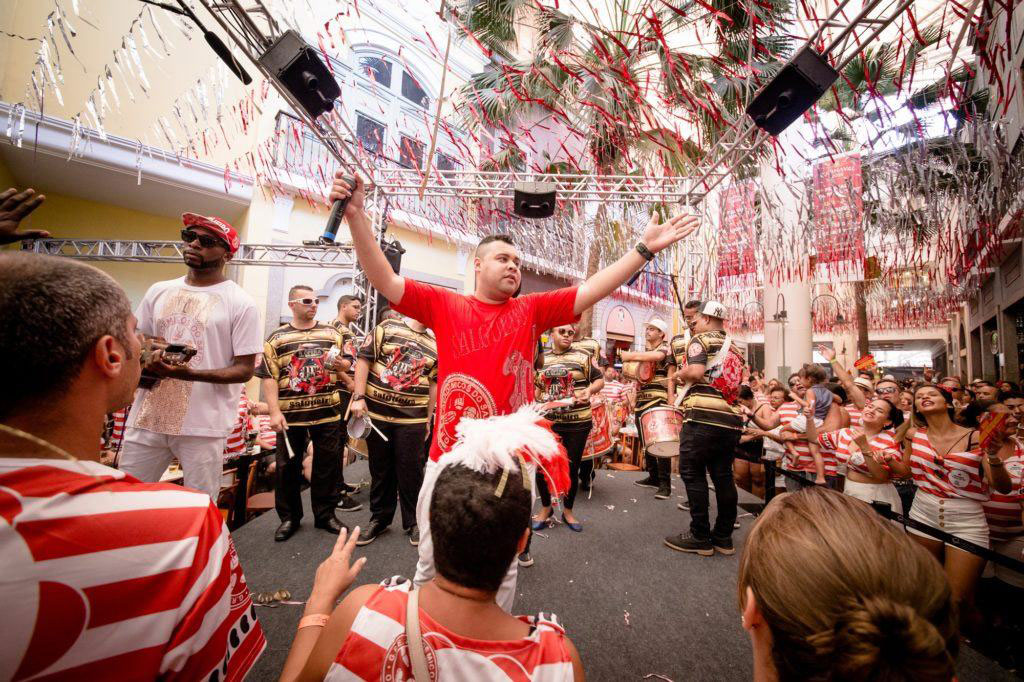 Rio | By Juarez Becoza
By Juarez Becoza
Rio -- In Rio, there’s a saying, “And once again, suddenly it’s Carnival.” It’s a joke, of course – as if Carnival didn’t occupy cariocas’ minds a significant part of the year. But the truth is that, in a way, this is precisely what’s going on right now in the “Wonderful City.” Official Carnival events… 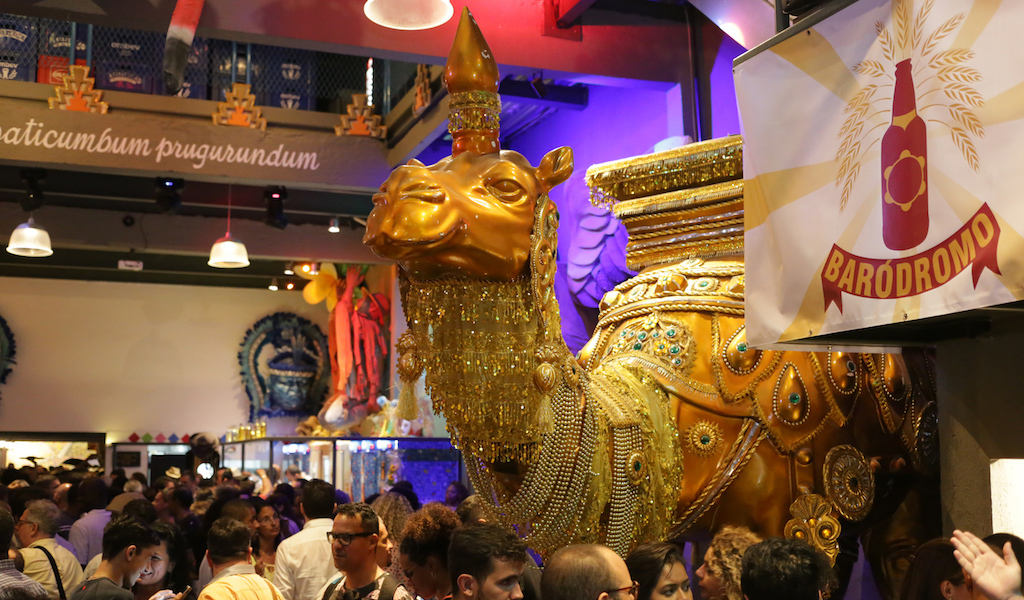 Rio | By Juarez Becoza
By Juarez Becoza
Rio -- Carnival in Rio is one of the world’s best parties, and for good reason. There are the extravagant costumes, the sweaty entertainers and revelers dancing to roaring samba music, and, most importantly, free flowing alcohol: Public inebriation, whether from drinking cheap beer or slurping spiked popsicles, is heavily encouraged. While nothing can top…