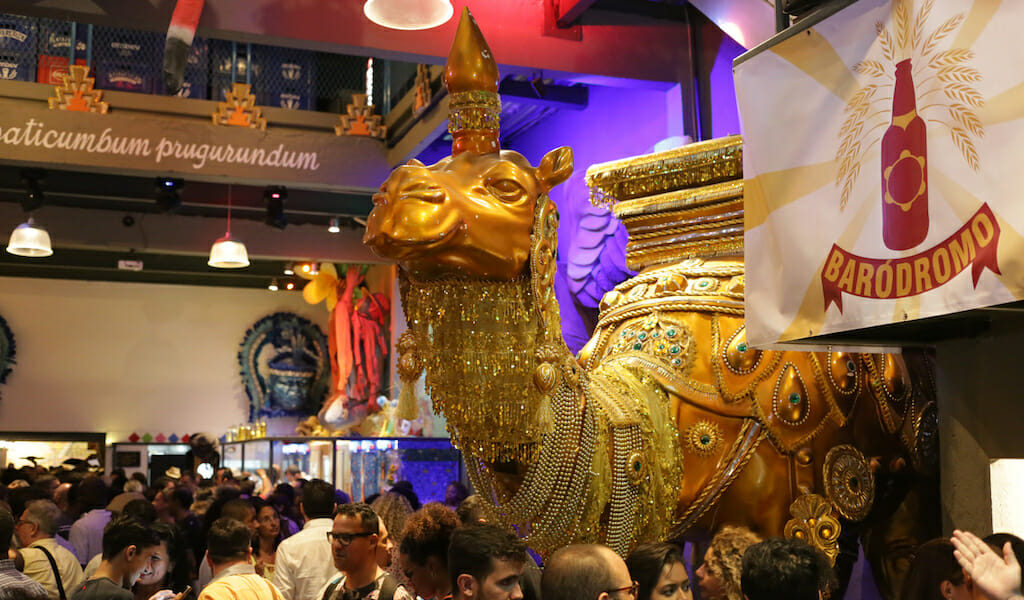 Carnival in Rio is one of the world’s best parties, and for good reason. There are the extravagant costumes, the sweaty entertainers and revelers dancing to roaring samba music, and, most importantly, free flowing alcohol: Public inebriation, whether from drinking cheap beer or slurping spiked popsicles, is heavily encouraged.

While nothing can top this pre-Lent bash, a newly reopened entertainment temple in Lapa offers a Carnival-like experience year-round. At Baródromo, you can soak in the Carnival ambience while downing delicious beers, eating well and listening to the best samba music out there.

The place is no more than a botequim, as Cariocas call their beloved local bars. But, unlike most other botequims, it’s huge – more than 300 square meters. It’s so big that customers can choose between two dining spaces: a big salon or an open-air patio. Connecting the two is a gallery of Carnival memorabilia, with costumes, props and pictures of samba schools partaking in Rio Carnival’s official Samba Parade. Even the name of the bar commemorates Carnival – Baródromo comes from Sambódromo, the arena that plays host to the Samba Parade. 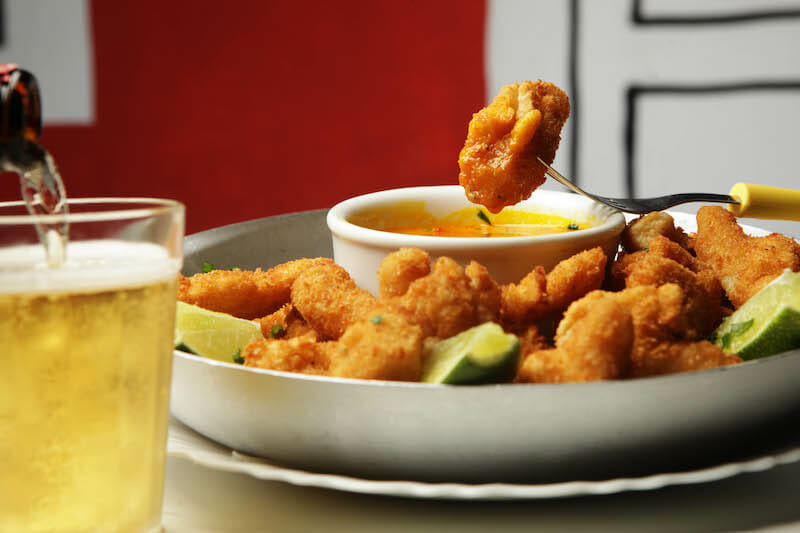 Yet the bar’s decorations aren’t the only way in which Baródromo embodies the spirit of Carnival. All the food at the bar is reminiscent of this giant party. In particular, Baródromo specializes in bolinhos, the mini fried cakes filled with beans, rice, sausages, shrimp and several other delicacies.

If you’re not familiar with the Rio Carnival, the bolinhos here appear to have some strange names. There’s the Milton Cunha, filled with rice, cheese and dedo de moça, a Brazilian chile pepper; the Neguinho da Beija-Flor, filled with oxtail and cress; and the Juliana Alves, made with black beans and calabresa (sausage).

“Everything in our bar honors the memory of Carnival.”

All of these are the names of famous Carnival figures: Milton Cunha is a carnavalesco, an art director of sorts who is responsible for conceiving and planning the annual Samba Parade. Neguinho da Beija-Flor is one of the most beloved samba singers in Brazil. The beautiful Juliana Alves is a famous muse of the Carnival parades. And they’re all regular customers at Baródromo.

“Everything in our bar honors the memory of Carnival and its most important figures. That’s why we decided to open it in the first place,” says Felipe Trotta, one of three partners who run the place. Before moving to Lapa three months ago, Baródromo was a much smaller bar, located very close to the actual Sambódromo. “But the place there wasn’t very safe. So we decided to move here, to Lapa, which is the heart of Rio’s bohemian scene. It gave us the chance to create a really beautiful atmosphere,” says Felipe. 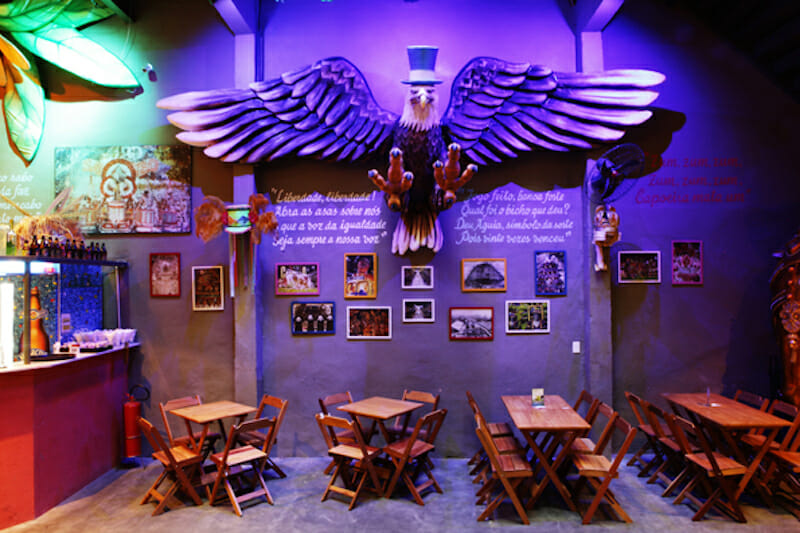 Not only does Baródromo’s menu pay homage to the most famous parades in Rio Carnival’s history, but on Saturdays the bar also serves feijoada, a bean stew that is one of the most common Carnival treats in Brazil, from noon to 6 p.m. It’s the perfect occasion to try caldinho de feijão. This bean broth, which is not quite feijoada but has a similar black-bean base, should be drunk straight from the glass – there’s nothing more Carioca than that.

The whole experience is enriched by samba music, and lots of it. Everyday the bar offers small presentations of live samba music, and on Thursday nights, there’s a big show with drummers and all sorts of personalities – a festive cabaret that captures the mood of Carnival. Because visiting Baródromo is about more than food, it’s also a lesson in Brazilian culture. 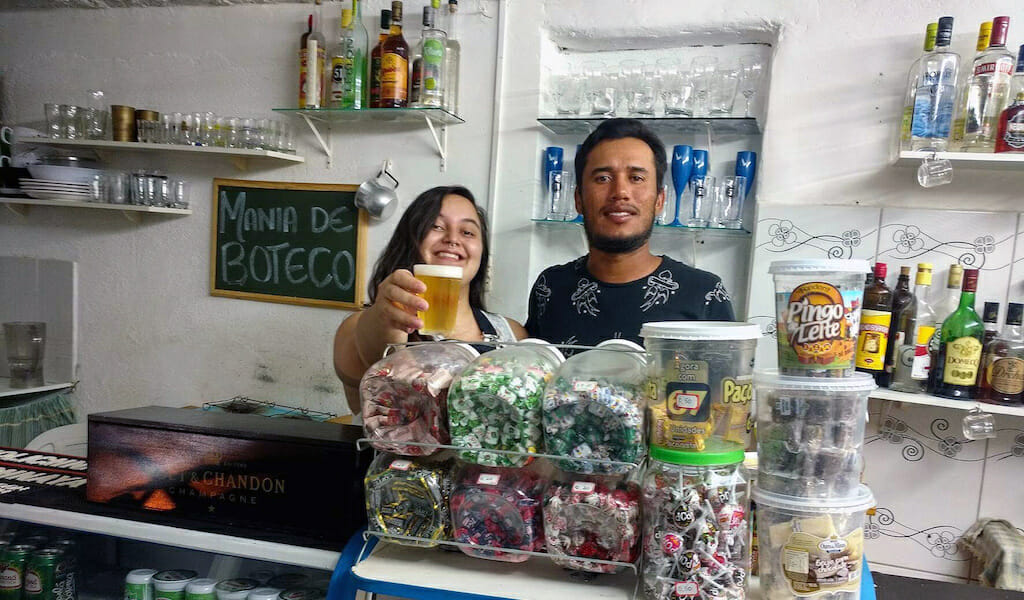 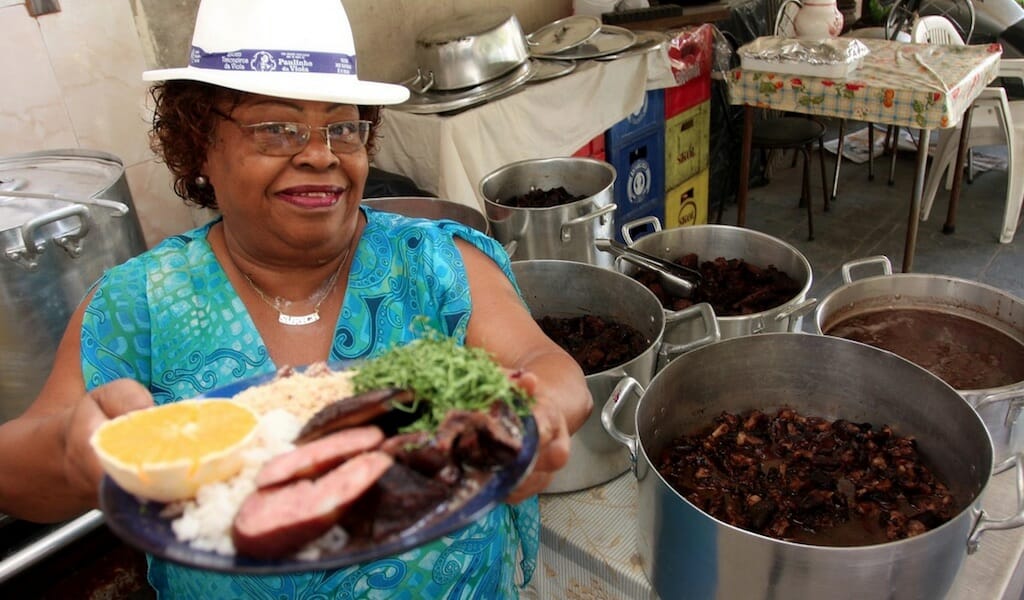