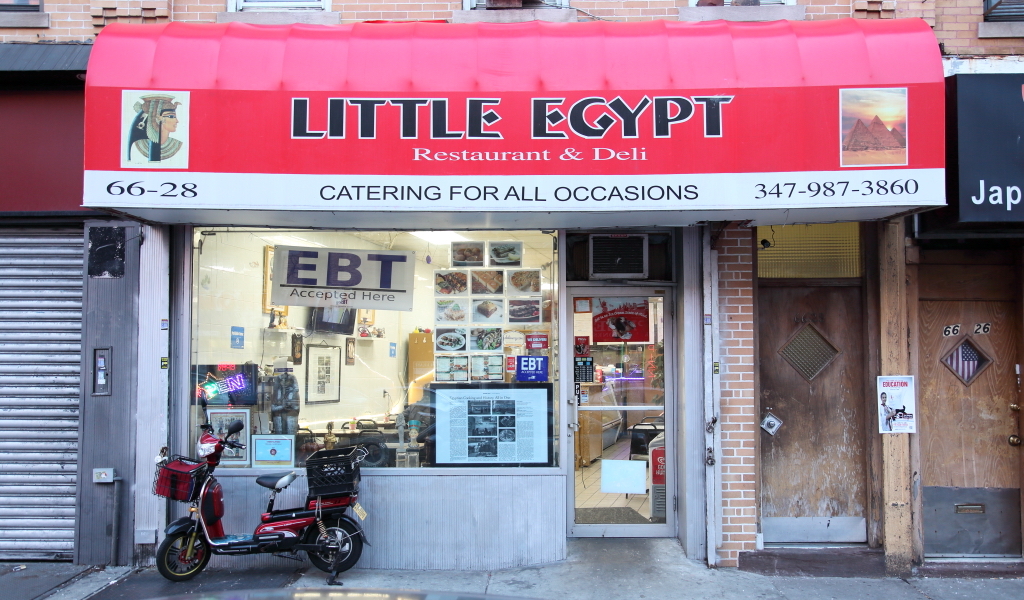 Editor’s note: We regret to report that Little Egypt has closed.

The family chemistry is strong at Little Egypt in Ridgewood, Queens. Nashaat Youssef (“Nash” to friends and customers, who often are one and the same) owns the four-year-old business with his sister, Nagwa Hanna (“Hanna”). Nash’s wife, Yvette, and their teenaged sons, Wadie and Mark, also help out around the restaurant – Wadie a little less these days, now that he’s attending a local college. Hanna, who has a day job, wins praise for her pastries. But the lion’s share of the menu falls to Nash.

“The day I don’t cook, I feel something,” he tells us. Ever since his childhood in the Egyptian port city of Alexandria, he adds, cooking has been “in my blood.” When Nash was his sons’ age, he began working at a seafood restaurant, close by the water, called Samakmak. There, and at a fish wholesaler all of five minutes away, Nash learned to appreciate, and prepare, the Mediterranean’s bounty of seafood. Not just finned fish – Alexandria has the “best shrimp,” he insists. 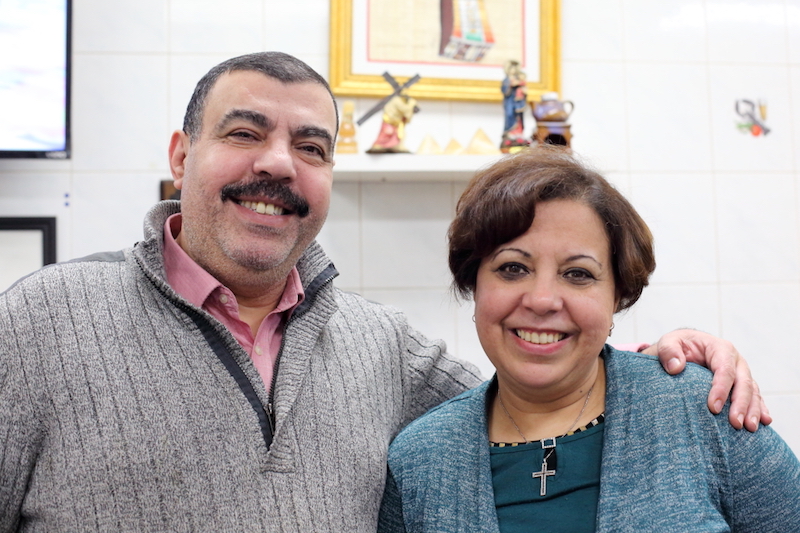 After ten years, Nash was both chef and manager of Samakmak. But he had always been very close to Hanna, his big sister (by two years), and so when she married a man with an apartment in Ridgewood, Queens, and went to live in the United States, he followed not long after, in 1991.

Ridgewood’s demographics of three decades ago were similar to those of today. Many residents came from Italy, Poland, Romania, Albania and what’s now the former Yugoslavia. In the early 1970s the neighborhood also become home to St. Mary and St. Antonios Coptic Orthodox Church, the first Coptic Orthodox parish in New York and only the third in the country. Nash and Hanna began cooking for church events, springboarding a catering sideline that continues to this day.

On arriving in New York, however, Nash needed a steady job. He began cooking at a spot called Lime Tree, on lower Sixth Ave. in Manhattan, wrangling short orders at breakfast and then provisioning a steam table at lunch. “Manhattan is crazy,” he says, thinking back to lines out the door during the busiest hours, but not without fondness – he remembers many regular customers who would greet him with, “Hey, Nash, what’s up? What are you making for me today?”

For her part, in the mid-1980s Hanna, a chemist by training, applied for a job in her chosen field. Toward the conclusion of the interview, she was asked about her hobbies. “I like to cook,” she replied. “The best chefs make the best chemists.” That was the clincher: Hanna got the job, and she’s worked as a forensic chemist ever since.

[In Egypt] Nash learned to appreciate, and prepare, the Mediterranean’s bounty of seafood.

Nash worked for a while as a limo driver after eventually leaving Lime Tree, but couldn’t shake his desire to cook. Early in 2015, he and Hanna took a leap of faith and opened Little Egypt, whose awning emphasizes “catering for all occasions” but also indicates that the establishment is a “restaurant & deli.”

Not, of course, an old-school “delicatessen” – a retail shop offering fine prepared foods, often with German-Jewish roots – although Ridgewood was once home to a large German-speaking population. Nowadays, the name “deli” has been taken up by New Yorkers of many cultural backgrounds.

At Little Egypt, alongside the open kitchen, grocery shelves offer up a variety of imported foodstuffs for sale. The spices and seasonings, which Nash also uses in his cooking, are even “better quality” in New York than in Alexandria, he observes.

In the café-like dining area, reminiscences of Egypt abound: an action painting of a chariot-mounted archer; decorative hookahs; a bust of Nefertiti; and testaments to the family’s Coptic Orthodox faith. They stand in relief against white tiles installed by the previous tenant – a fish market, appropriately enough. A few tiles illustrate the likes of trout and lobster; none, that we notice, depict branzino. Nash imports this sea-going European bass, best-known in the United States under its Italian name, from Egypt; for us he displays a prime specimen, still bright-eyed and glistening, before carrying it off to the grill. 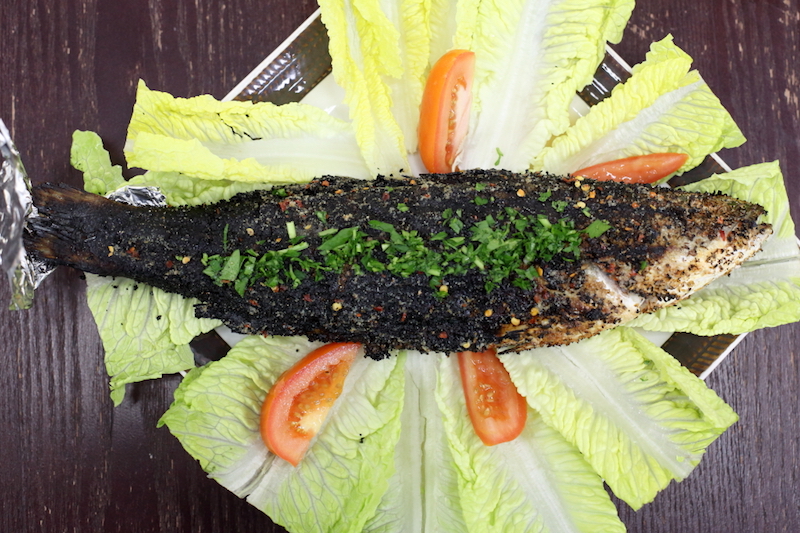 While we wait, we sample Nash’s wonderful koshary. This mélange of rice, macaroni, lentils and chickpeas dressed in spicy tomato sauce is “a very popular breakfast in Egypt,” according to Hanna, because it’s meat-free and thus inexpensive. Mark also recommends an off-menu order of sausage and eggs, Egyptian style. We really must return late some Sunday morning, after Little Egypt opens but before the after-church rush.

When Nash presents our grilled branzino, we’re nearly overwhelmed. Our eyes also take in a broad platter of accompaniments: hummus, pita, a chopped salad, lightly browned rice and, most notably, eggplant, thinly sliced and gently fried. The branzino itself is sheathed in a crisp savory coat; we detect garlic and cumin. Once silver, it has blackened over the grill, but the flesh beneath is fork-tender, pale, juicy.

Time for dessert. Hanna is rightly proud of her baklava, whose every layer is painstakingly buttered rather than oiled; we favor the konafa, in which shredded coconut and noodle-like strands of phyllo conceal a soft center that evokes clotted cream. Several minutes later, the forensic evidence is unambiguous: Both dessert plates are picked clean. 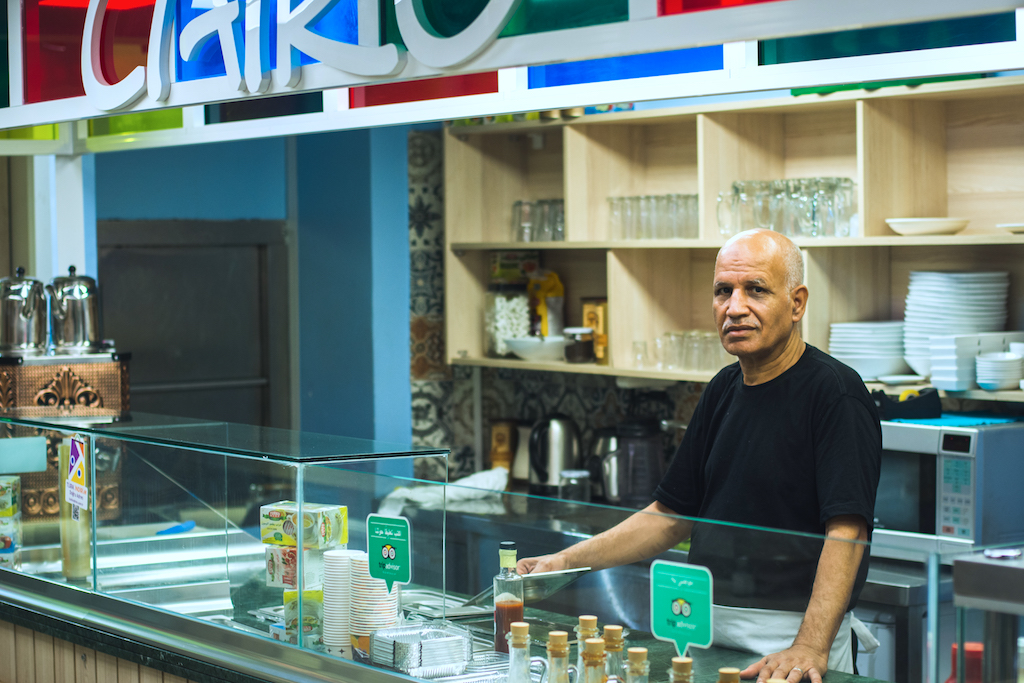 Istanbul | By Geoffrey Ballinger
By Geoffrey Ballinger
IstanbulLike many other Egyptians, when Cairo Restaurant owner Magdy Hegad talks about khushari, his eyes glisten with an emotion akin to love – but when he talks about seafood, the glisten is elevated to something closer to religious fervor. “We do it differently,” he explains. “Just try it, and you will see.” We first… 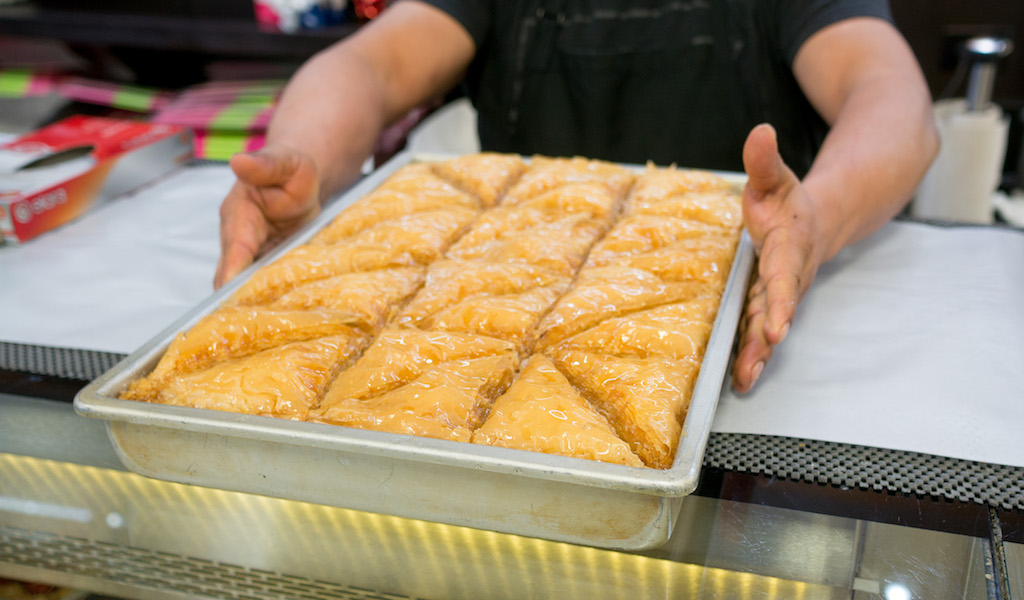 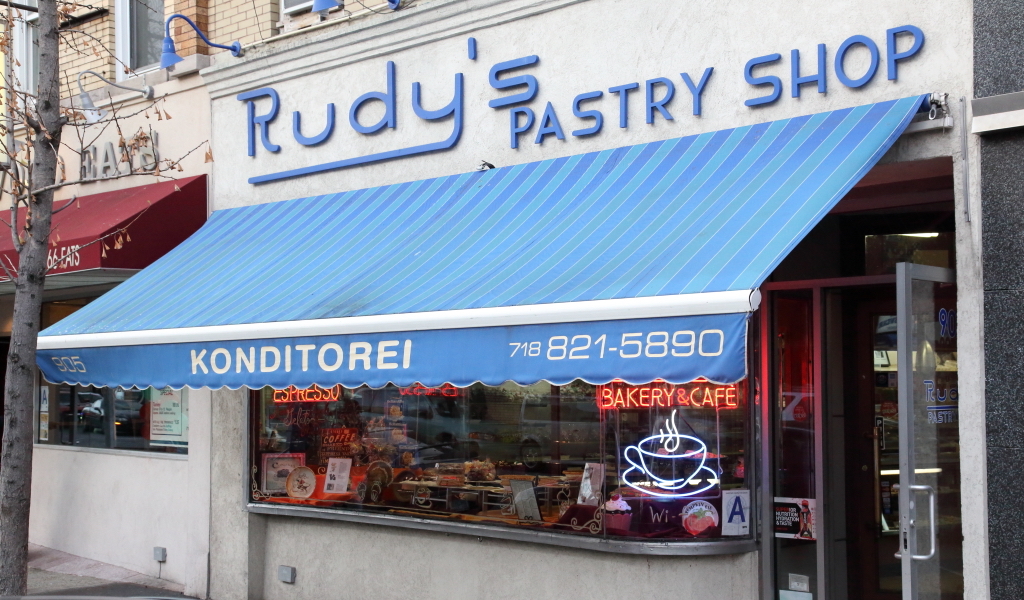 Queens | By Dave Cook
By Dave Cook
QueensIf we could wind the clock back to 1934, to listen in as Rudy’s Bakery rolled its first strudel, German is the language we would have heard at the baker’s bench, and beside the glass-fronted display cases, and, more likely than not, on the sidewalk outside, along Seneca Ave. At least since the late 1800s,…
Little Egypt
6628 Fresh Pond Rd., Ridgewood
Tel. +1 347-987-3860
Hours: Tues.-Sun. 11am-10pm