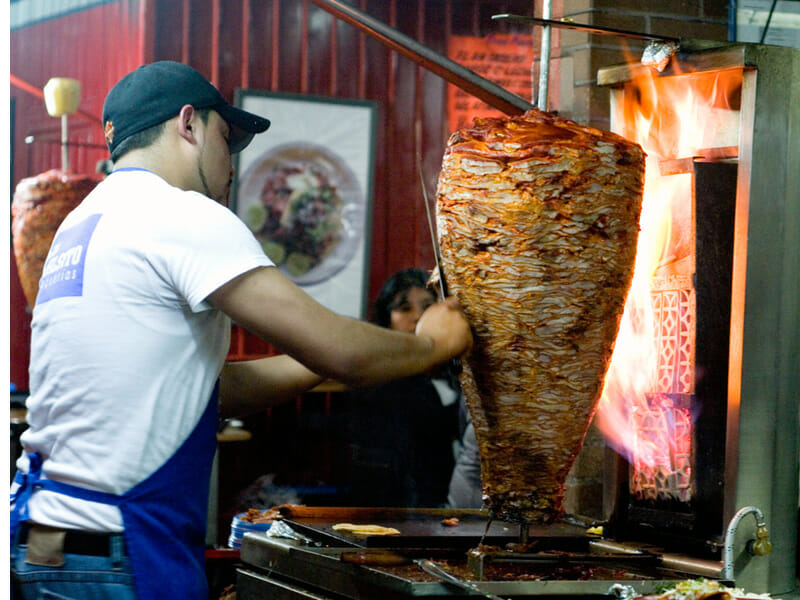 In Mexico, small business owners and entrepreneurs often display high levels of ingenuity. Take the case of El Vilsito, a taquería in the Narvarte neighborhood that does double duty as an auto repair shop.

We first came to El Vilsito one late night on the recommendation of a friend. We arrived to find a place that was shuttered and dark and looked disconcertingly like an auto parts store. Upon closer inspection, we found the entrance to the taquería a little further down the street, housed in the same building as the garage. Both establishments, it turned out, are owned by the same family, which came up with a clever one-building-fits-all business plan that allows the space to be a car repair shop by day and a taquería by night. (This plan, it must be noted, doesn’t extend to the personnel: fortunately, the garage’s daytime mechanics are not the taquería’s nighttime chefs.)

Like an auto repair shop, El Vilsito was accessed through a pair of large, matching, roll-up doors. We half expected to find stacks of tires and piles of greasy rags inside, but once we passed through the garage doors the interior magically transformed into a typical taquería without a hint of the neighboring auto business. Brightly lit and packed with people, the taquería was comprised of a few tables and an open kitchen, lined with a counter with bar stools behind which chefs busily prepared food for hungry customers. Even at 2 a.m., every seat was taken, and customers overflowed onto the front sidewalk, where they ate standing up. Most people gathered around the taco preparation areas situated on either side of the restaurant. These two prep stations offered El Vilsito’s most famous dish, tacos al pastor.

In Mexico City, tacos al pastor are made from layered, marinated pork that is put on a spit and slowly rotated through an open flame. The practice of roasting meat this way was brought over to Mexico in the 1920s by Lebanese and other Middle Eastern immigrants, and the tacos were originally made with lamb. Pork is now used instead of lamb in the tacos, which go by the name of tacos árabes, or “Arab tacos.”

The Mexico City version is known as tacos al pastor, or “shepherd’s tacos,” a word play evoking their lamb-based origins. What sets tacos al pastor apart from tacos árabes is that they are served in tortillas instead of pita bread, while the meat is marinated in a special sauce – usually made with annatto seeds (achiote), peppers, spices and even nuts and raisins – that gives the meat a reddish color. As with tacos árabes, the pork is sliced thinly off the spit by a chef who then cuts pieces off of a pineapple that has also been rotating atop the spit. As the chef slices away, the meat and pineapple masterfully land in a small, round corn tortilla he holds in one hand. From there, a customer can add different types of salsa or have the chef prepare the taco with diced onion and cilantro. 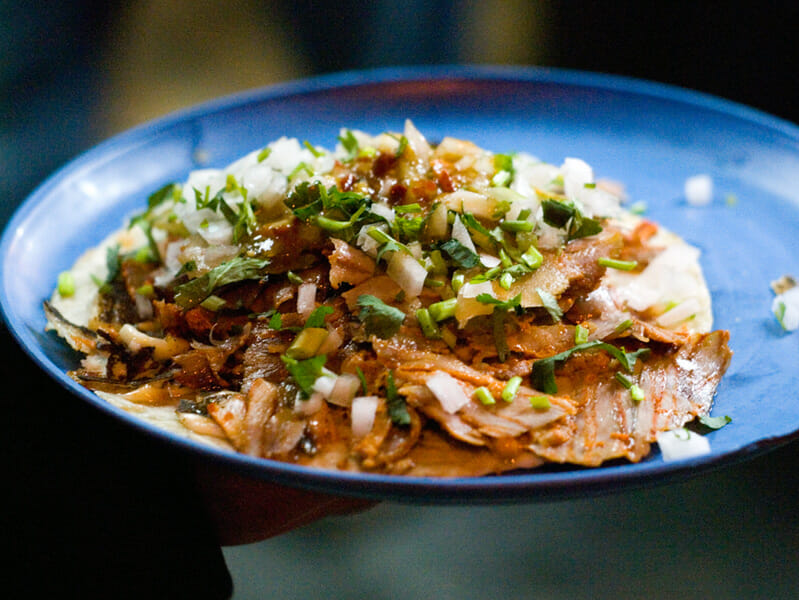 Along with three tacos al pastor, which we topped off with a bit of green chili salsa, we ordered a homemade horchata, a sweet rice water drink, and dug in. The tacos were excellent, the pastor meat easily some of the best we’d had in the city. The tender pork had just the right amount of spicy flavor, which was perfectly complemented by the sweetness of the pineapple slices. We immediately understood why so many people were in line for these tacos, and quickly ordered another round. (El Vilsito also serves up a taco called a “gringa,” which uses a white flour tortilla instead of a corn one and adds melted cheese to the mix.)

At most taquerías, customers can fill their bellies without breaking the bank, and El Vilsito is no exception. We were able to gorge ourselves on delicious food for about 100 pesos per person. Refueled, we left El Vilsito with the hope that – unlike with an auto repair shop – our next visit here will come sooner than later.

Editor’s note: This review was originally published on October 9, 2012. 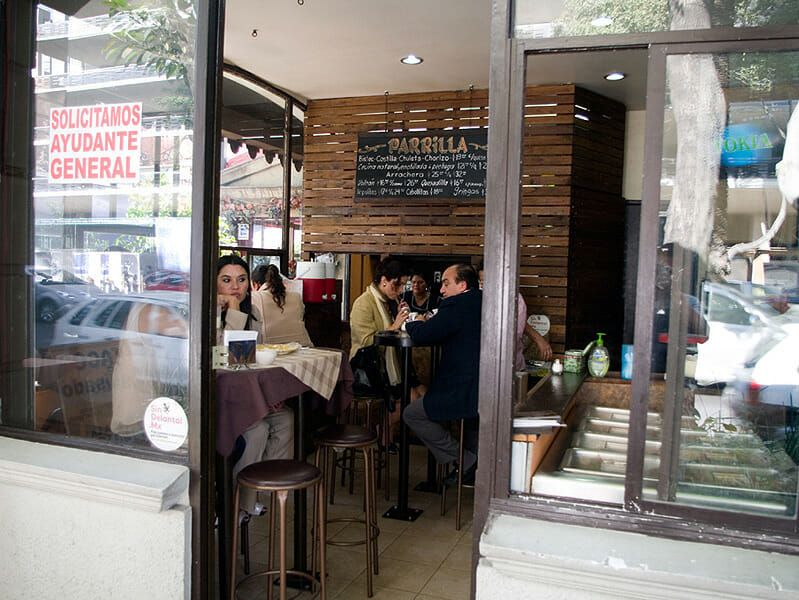 Mexico City | By Ben Herrera
By Ben Herrera
Mexico CityTo call Tacos & Deli, a one-year-old family-owned spot in the popular nightlife district of Zona Rosa, small would be an understatement. The main dining area contains six little tables, a tiny kitchen, a taco station and a cashier stand, all of which are squeezed into a micro-sized area that in many other restaurants would…