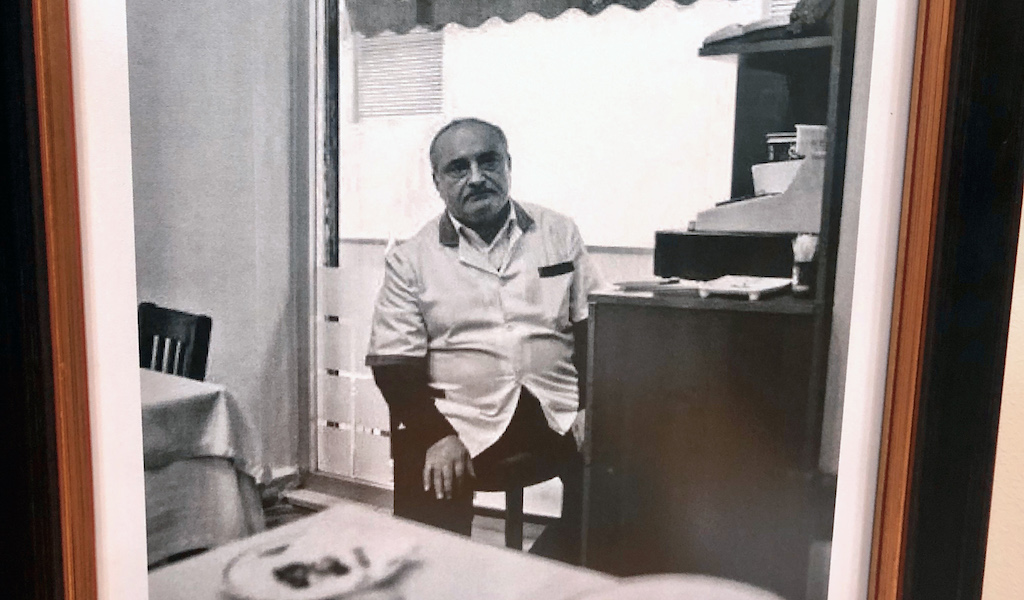 On a drizzly, gray December afternoon, everything appeared to be business as usual at Istanbul’s Şahin Lokantası, a tradesmen’s restaurant in the heart of Beyoğlu that has been open for just over half a century. It was 4 p.m. and well after the lunch rush, but all the tables on the first floor of the small restaurant were occupied.

We asked a lone diner if we could sit across from them, and they warmly obliged. Saying no would have been out of the question, this is just how things are at a place like Şahin Lokantası, an institution of lovingly-cooked classic Turkish dishes that have attracted a crowd of loyal customers over the decades that aren’t afraid to share tables with strangers.

A waiter bellowed out a to-go order for a shopkeeper one street over, and we wasted no time diving into a hearty bowl of sebze çorbası (vegetable soup), Halloween-orange with strips of thinly shredded chicken and flecks of puffy rice into which we dunked chunks of fresh crusty bread. As always, the walls were lined with the menu and price list, a selection of newspaper clippings featuring the restaurant, and the requisite framed photo of Mustafa Kemal Atatürk beaming demurely over the dining room. 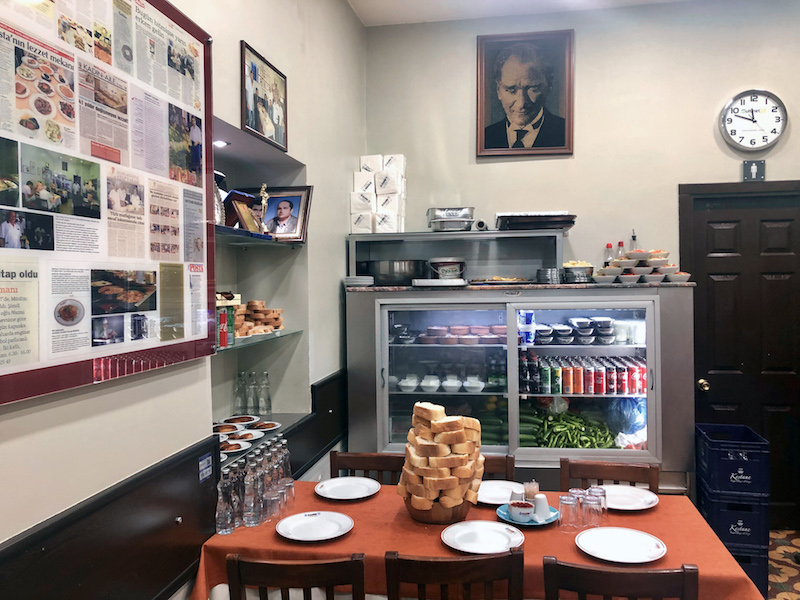 Though the orders kept coming in and the food was as good as ever, we couldn’t help but feel the heavy loss hanging in the air. Owner Ismail Şahin, who hailed from the scenic, mountainous eastern province of Dersim and opened the place in 1967 with his uncle Müslim, passed away last Saturday at the age of 78, and his son Nazmi, who also runs the restaurant, was absent that day. We were told that Nazmi would be in the next day, and so we dropped by just before noon, hoping to catch him before it got busy around lunchtime.

It was another typically drab December day, after an abnormally warm November that went on record as the hottest in Istanbul in 40 years. Although we rolled in prior to 12 p.m., the lunch rush was in full swing. We found Nazmi at the register and paid our respects, which he kindly accepted, though he declined our request for an interview due to his heavy workload, saying that we could return later in the evening when things had settled down.

The trip wasn’t in vain, however, as we were hungry and therefore in the right place at the right time. Taking a seat at the same table as the day before, we ordered a plate of kadınbudu köfte, a meatloaf-esque configuration of crispy, lightly pan-fried pouches served alongside crunchy French fries and fresh slices of tomatoes. It was by far the most delicious version of the simple dish we’ve ever had. We had noticed its tantalizing smell as we walked in the door, and so did an elderly customer as we tucked in shortly thereafter. “What’s that smell?” he asked. “That’s the kadınbudu köfte being cooked,” replied a waiter.

We returned just before 6 p.m., and Nazmi quickly welcomed us with a cup of tea and sat down to talk. 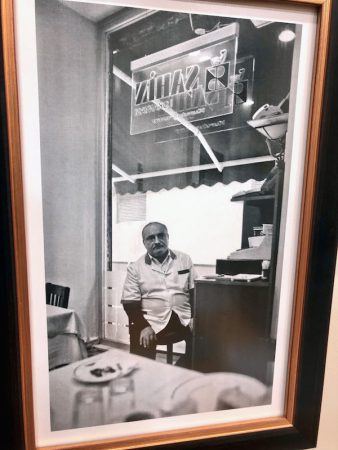 “My father wouldn’t discriminate against anyone. There are many lawyers, businessmen and tradesmen in the area and for him everyone was the same. His heart was open to everyone and he was an altruistic person. If he had 20 lira in his pocket, he’d give away 15 and make due with the five lira left over,” Nazmi said.

Şahin Lokantası is perhaps the ultimate embodiment of the esnaf lokantası (tradesmen’s restaurant). The food is comforting, delicious and made fresh daily (some dishes are cooked to order, but most can be found displayed on the restaurant’s glass-fronted steam table, usually manned by the recognizable, mustachioed Ali usta). Though the quality is paramount, the prices are reasonable, which is why local shopkeepers and workers can be seen breaking bread with white-collar office employees. The Istanbul Bar Association is just up the street, which accounts for the high number of lawyers who stop in for lunch or order takeout.

“I have been a customer since 2000, and the first time I had lunch there was when I was in university in 1988. Later on, when we established our office in Beyoğlu we had lunch there approximately 2-3 times a week,” said Murat Deha Boduroğlu, a lawyer whose office is a stone’s throw away from Şahin Lokantası on a backstreet on the opposite side of Istiklal Avenue. “Ismail Şahin was very careful, he collected all his products from different areas, but always from just one source.”

Nazmi confirmed this, adding that when artichokes were not in season in Turkey, his father would purchase them from the same producer in Northern Cyprus. The restaurant has bought its meat from the very same butcher, the nearby Kasap Turan, since its inception.

Journalist and writer Yiğit Karaahmet, who lived not far from the restaurant in Beyoğlu for years, was another faithful customer:

“I would go at least three to four times a week for lunch. I have a taste for the classics and would generally order the same thing. I’ve more or less tried everything on Şahin Lokantası’s menu but my favorite was always döner over fırın makarna (oven-baked pasta). In fact, when the cooks would see me, they would prepare it without me having to order,” Karaahmet said.

“I always sat on the bottom floor, and shared tables with lots of people that I didn’t know. These people, myself included, would never sit down or leave without saying afiyet olsun. I split tables with some very strange Beyoğlu types, from old men to uber-stylish Beyoğlu aunties who would go out with their hats. To come together with these people around a common sense of courtesy was a marvelous feeling, in my opinion,” Karaahmet added.

Boduroğlu had a similar experience, when he took a high-powered client who runs a major hotel group to the restaurant for the first time, and they shared a table with a water seller and a wall painter who had just come in from work donning grubby uniforms.

“It was a very democratic restaurant. You can meet different people from different economic and social backgrounds. We went to Ismail Şahin’s funeral, and I saw lots of people from the street, one of them was a shoe shiner, one of them was living in the street, they were people with little money and Ismail and his family were giving them lunch for free for many years,” Boduroğlu said, adding that he saw everyone from beggars to businessmen at the funeral.

“At the funeral I understood just how much he left behind. He himself couldn’t see the crowd, the people crying, his friends and his customers.”

“Şahin is one of the last examples in this way. For example there is Nato restaurant or Lades, these are more expensive restaurants. They are also esnaf lokantaları but you cannot see any shoeshiners or anyone who is really living on the street but is taking support from the restaurant. Şahin was doing this as social support for the people on the street. It’s a democratic restaurant, you can define it for the conditions in Turkey as one of the most democratic restaurants in the country,” Boduroğlu said.

Karaahmet shared with us a charming story about what Şahin wanted to do to celebrate his restaurant’s half-century existence.

“He explained to me that the restaurant opened on May 1, and for its 50th anniversary he wanted to give out free food to the public. Since it opened in 1967 the year we spoke about must have been 2017. Mr. Ismail couldn’t do this because as you know Taksim is closed down on May 1,” Karaahmet said, referring to the heavy police presence that perpetually cordons off central Istanbul’s Taksim Square every year, preventing leftist groups and labor unions from celebrating the worker’s holiday by holding demonstrations in the area. “But I’m sure that if the celebrations on May 1 in Taksim were able to continue, when the 50th anniversary came on 2017, he would have done it.”

“Şahin Lokantası was one of the places in Istanbul that I went to the most, and in all that time I never felt anything regarding the topic of money. In my opinion, money was simply a vehicle that ensured their impeccable food and service,” Karaahmet added. 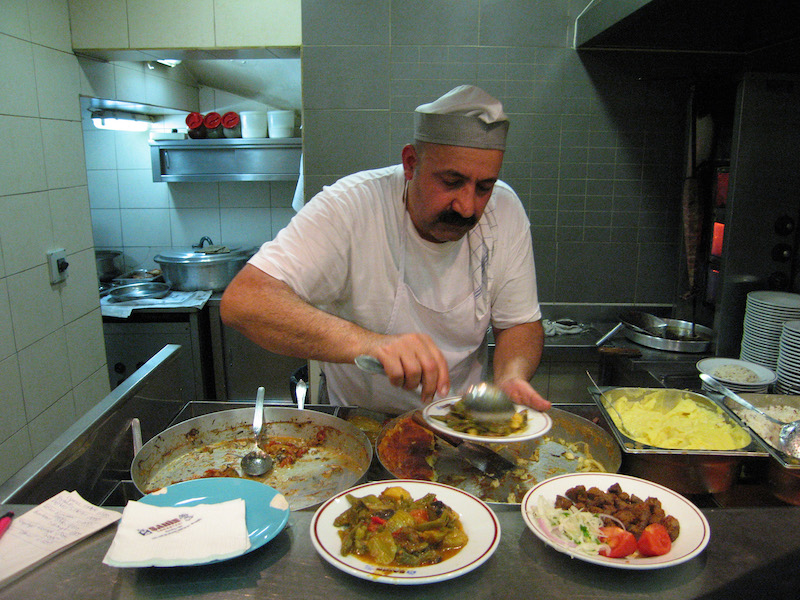 Nazmi’s eyes were heavy with grief and he acknowledged (understandably so) that he had not regained composure since his father’s death. Yet even though the elder Şahin passed on Saturday, and his funeral was on Sunday, Nazmi was back at work by Wednesday. He has been working at the restaurant for 34 years, while Ismail’s wife worked alongside her husband for 25 years. Ali usta, the mustachioed steam table jockey, is in his late 50s and has been at Şahin Lokantası since he was 13.

“At the funeral I understood just how much he left behind. He himself couldn’t see the crowd, the people crying, his friends and his customers. But if he could he would have been really happy,” Nazmi said of his father.

It was closing time, and just one customer remained, sitting at a table closest to the entrance, just below a framed photo of the late Şahin in his beloved restaurant. Nazmi has vowed to continue on in spite of his father’s loss, and the decades of experience that he and his colleagues bring to the table will no doubt ensure that the quality of their deeply delicious and soothing dishes will remain the same. Ismail Şahin may have left this earth, but he will rest in peace knowing that he nourished the stomachs and souls of every single person that set foot in his restaurant, a timeless, invaluable gift that he gave for many years and continues to give to the people of Istanbul. 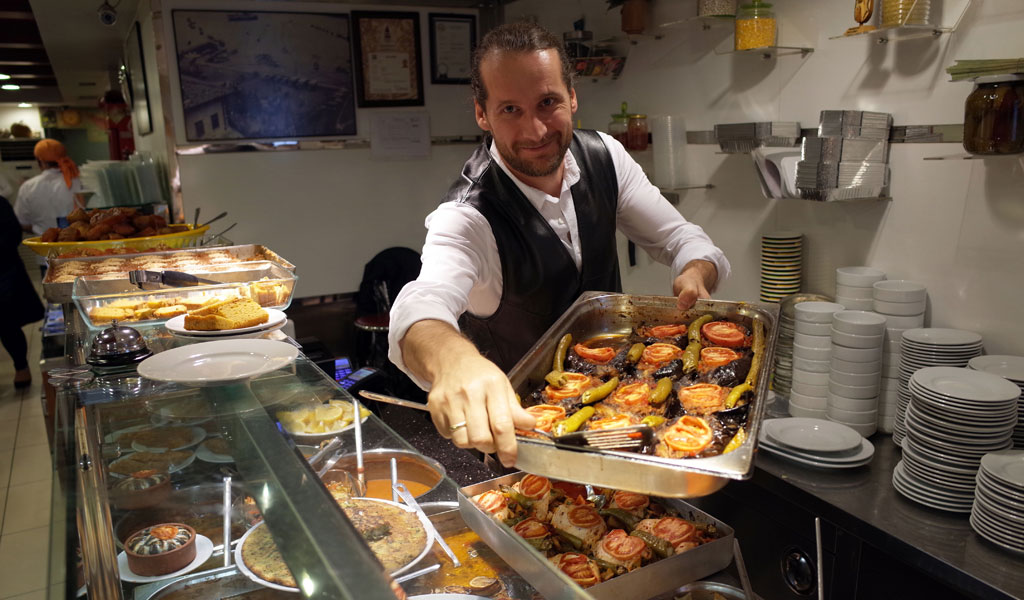 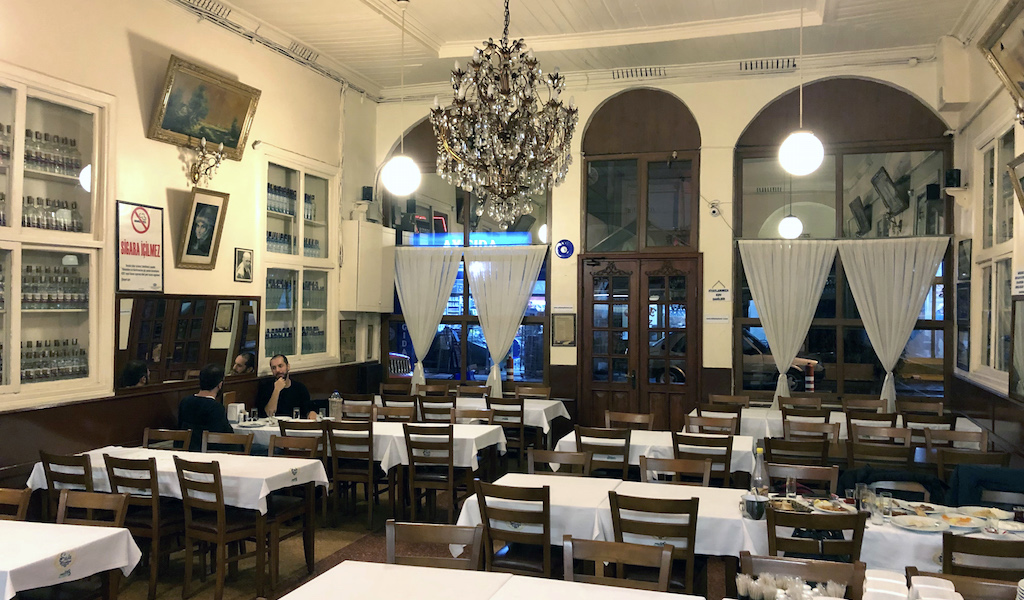 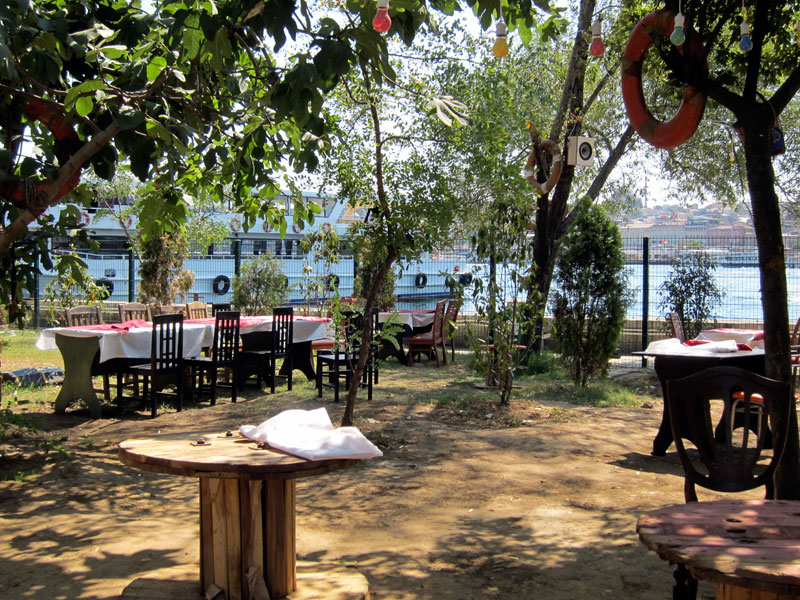