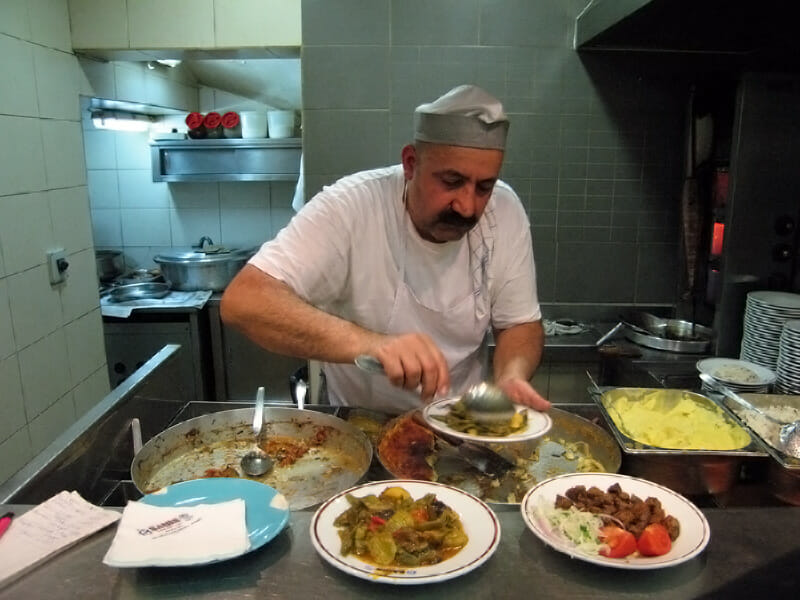 For Turks, mealtime is often a complicated emotional drama, one that revolves around a lifelong effort to return to the culinary womb – in other words, Mother’s kitchen. In Turkey, Mom’s cooking sets the standard by which all others are judged and, truth be told, some of the finest meals we’ve had here have been home-cooked ones.

Of course, it’s difficult to sneak back home in the middle of the busy workday for a taste of Mom’s eggplant stew or her köfte (meatballs). Which is where the esnaf lokantası, a type of no-frills canteen that is Turkey’s most ubiquitous restaurant, comes in. Although roughly translated as a “tradesmen’s restaurant,” it is really an extension of the home kitchen, a place where the spirit of everyone’s mother seems to be stirring the pots.

We’re especially fond of Şahin Lokantası, an esnaf lokantası on a Beyoğlu side street that very successfully manages to put the “home” back into home cooking. In the case of Şahin, “home” is a bustling place where waiters in white smocks shout orders over your head and you will likely eat your meal at a table full of strangers. “Mom,” meanwhile, is a burly, mustachioed fellow who looks like he was a member of Turkey’s Olympic wrestling team in a former life. Hunched over the steam table, sweat on his brow, he is in constant motion, filling dish after dish with a quick flip of his ladle.

Open since 1967, the restaurant is usually bursting at the seams during lunch, with an almost comical number of people stuffing themselves into the small, two-story space. The menu changes daily, with about a dozen dishes usually on offer: a combination of meat or vegetable stews, pilafs, various kinds of köfte and assorted other classics of the Turkish (home) kitchen.

We’ve found nothing but winners at Şahin’s. The imam bayıldı, fried eggplant stuffed with onions, tomatoes and garlic, is among the finest renditions of this totemic dish that we’ve had in Istanbul. “Albanian” liver, small cubes of tender and un-“livery” meat that have been dusted with flour and red pepper flakes and then fried, is also outstanding, the liver’s crispy/peppery exterior making a culinary link between Istanbul and Szechuan. On one visit, a tangy dish made out of brown lentils in a tomato broth, occupying a space somewhere between a soup and a stew, was utterly satisfying, as was a big, fat artichoke heart stewed in olive oil and served cold.

The superb sütlaç (rice pudding) reminds us of what’s missing in so many other versions of sütlaç around town: rice. Şahin’s is chockablock with grains of soft rice floating inside a thick, milky pudding. It’s delicious, comforting, and – like everything else served in the restaurant – just like what Mom makes. 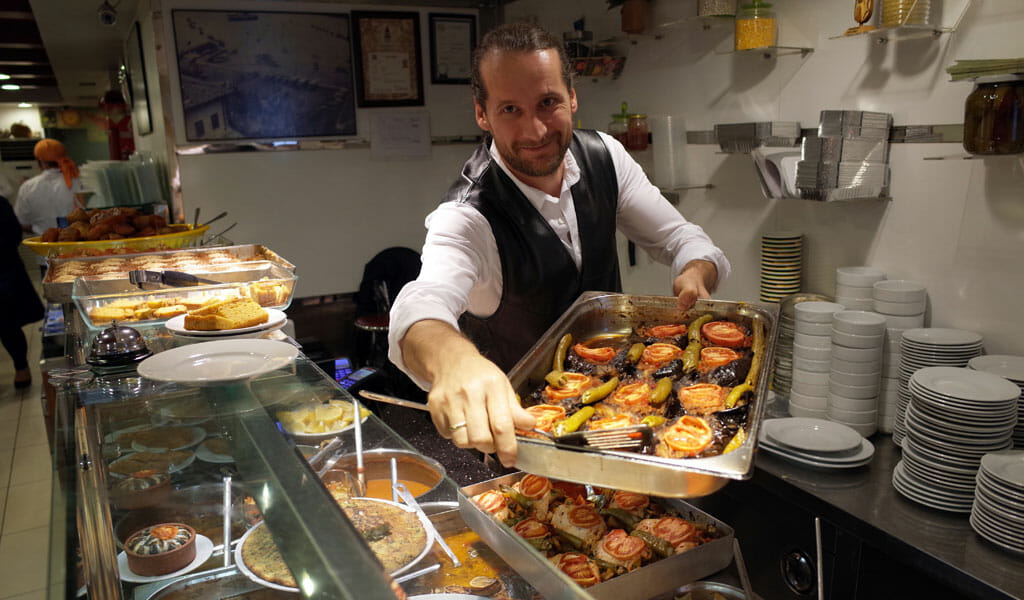 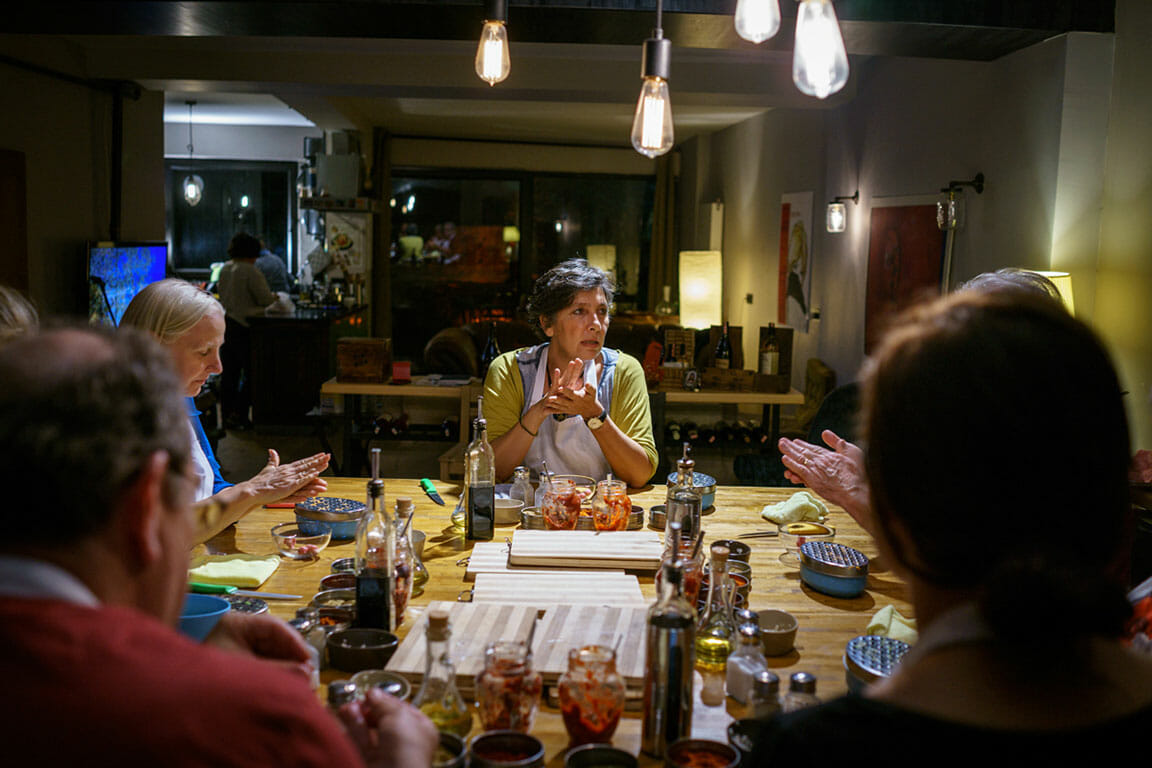 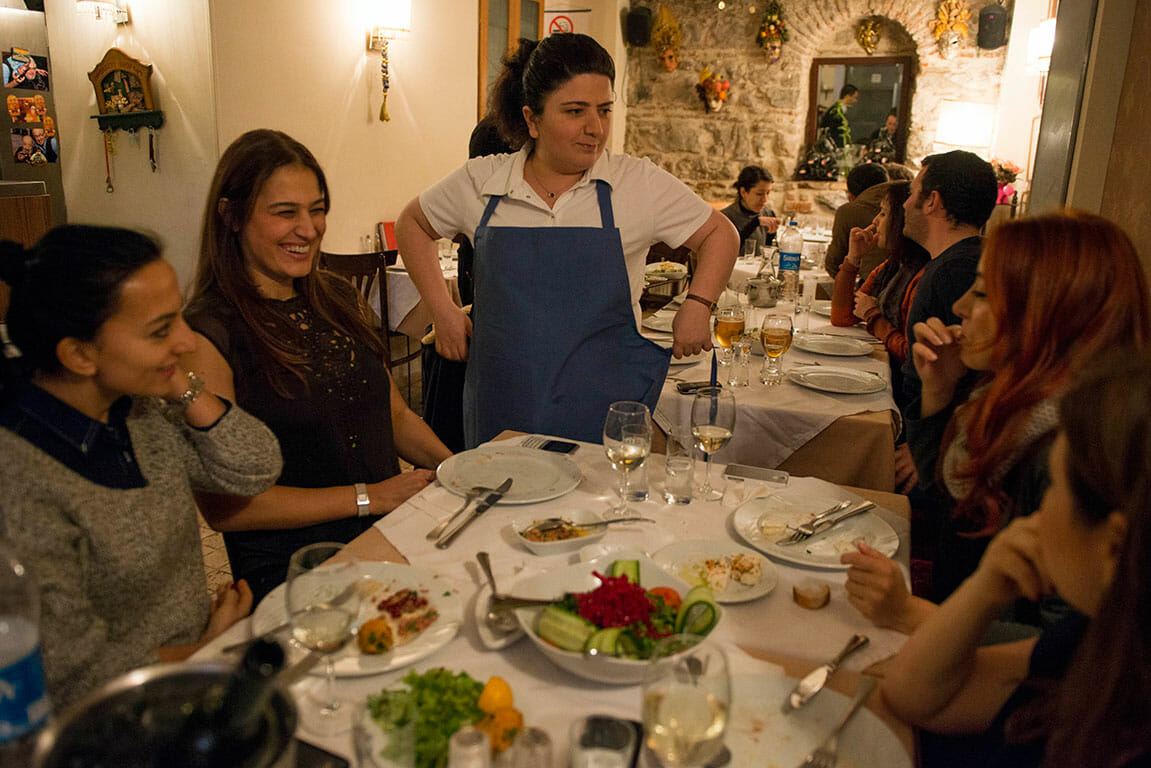 Istanbul | By Istanbul Eats
By Istanbul Eats
IstanbulEditor's note: We regret to report that Mari, which was run by the former chef and owners of Mekan, has now closed.  In the great multicultural Anatolian kitchen, questions about the ethnic or national origins of foods are often cause for forks and knives to fly. A porridge called keşkek is a hot-button diplomatic issue…