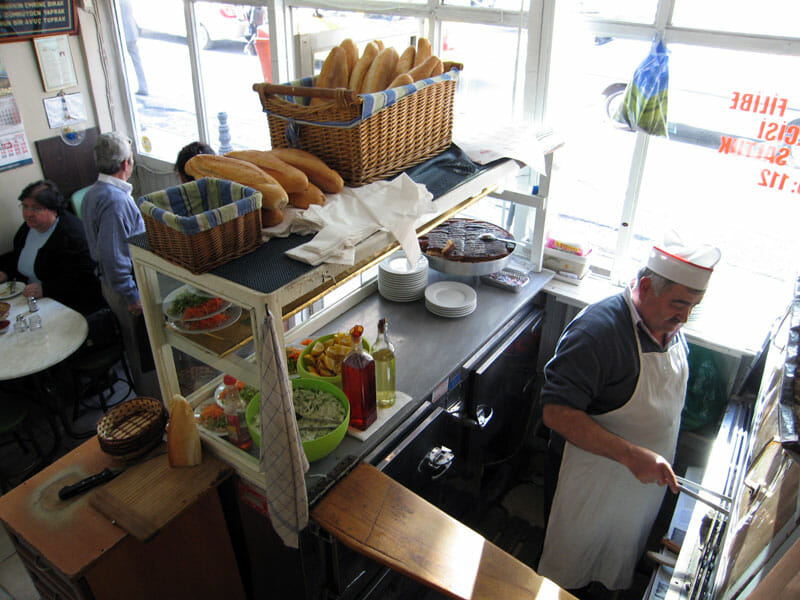 Where we come from, flipping burgers is a time-honored tradition among pimply teenagers looking for a summer job and troubled short-order cooks looking for a place to land in between firings. It’s work that promises mobility, not stability.

But don’t tell that to Ziver Usta, who’s been turning the köfte – something like Turkey’s equivalent of the hamburger – at the grill of the shoe-box-sized Meşhur Filibe Köftecisi in Sirkeci for the last 30 years. The dough-faced Ziver, in his early fifties, is actually the restaurant’s junior employee – “head waiter” Mehmet has been there for 40 years – but his long tenure means he’s only one of a select handful of grill masters who have worked at Filibe over the course of its 100-year history.

“Just like a shop goes from father to son, the grill goes from one master to another,” Ziver, dressed in a white apron and a small peaked cap that looks like it actually might have been salvaged from the kitchen of a 1950s American drive-in burger stand, says proudly. Does he get bored doing the same thing six days a week? Ziver seems surprised to hear the question. “Never,” he says. “I do it with love. I like serving folks.” 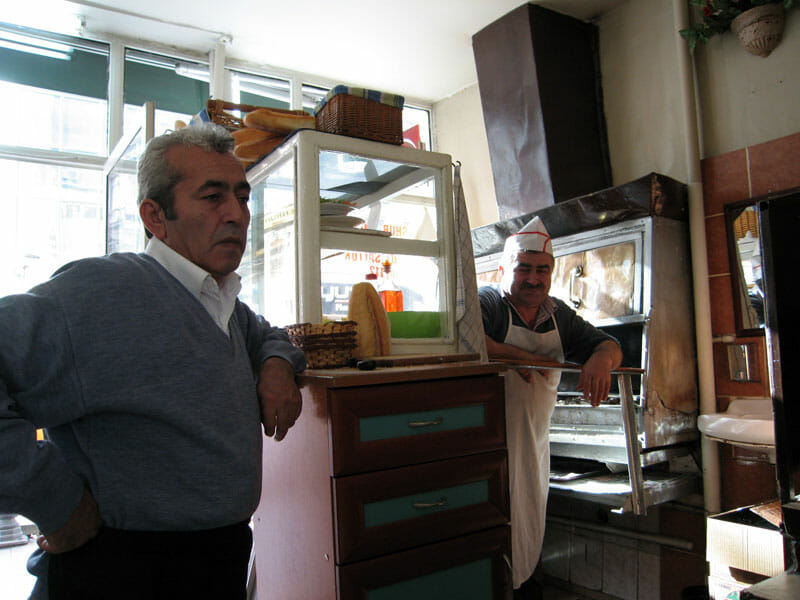 We definitely felt the love in Filibe’s outstanding köfte, juicy little buttons of meat that come off Ziver’s coal-fired grill with just the right amout of char. (Although the name Filibe refers to the Balkan town from which the restaurant’s owners hail, the cook told us it really means “juicy.”) The piyaz – white bean salad, served with shredded lettuce and carrot – that came on the side was impeccably fresh and, as always, provided just the right counterpoint to the little meatballs. The restaurant’s central location, not far from the Sirkeci train station and the bustling open-air “food court” on Hocapaşa Sokak, further adds to its appeal.

The century-old, two-item menu here is augmented by the presence of revani, an extremely homey dessert made out of a dense white cake that’s been soaked in a sugary syrup. “It’s good for your sex drive,” waiter Mehmet promised us with a sly nod, Ziver chuckling appreciatively, as if it was the first time he had heard that joke in the 30 years they’d been working together.

Great köfte, time-proven service and bawdy humor – who can get bored with that? 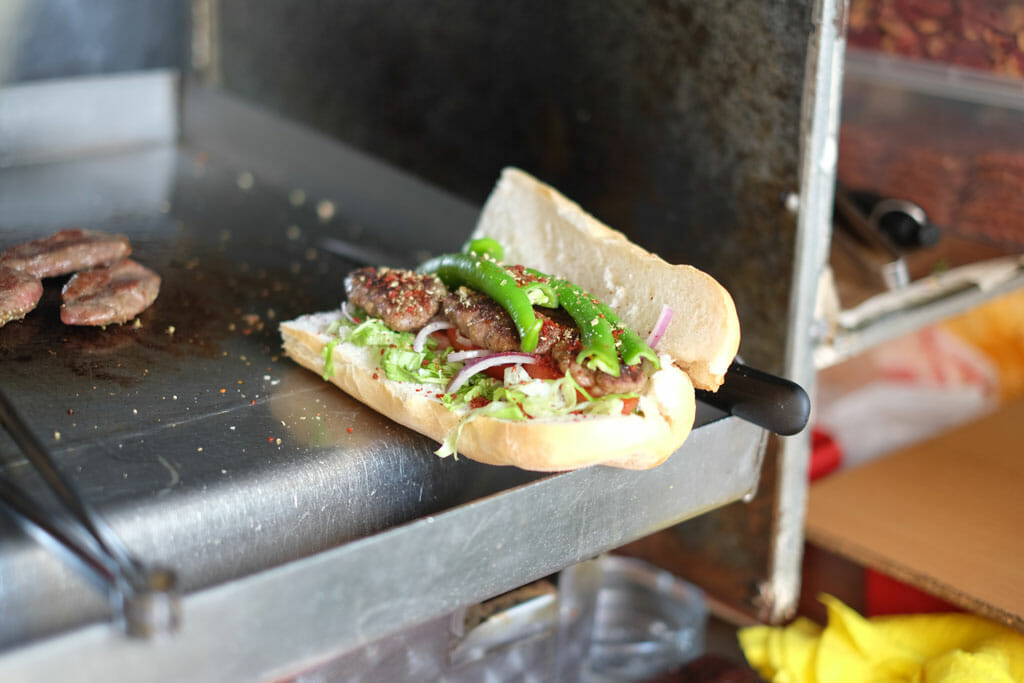 Let us introduce you to the street food masters of Istanbul!

Istanbul | By Paul Benjamin Osterlund
By Paul Benjamin Osterlund
IstanbulEditor’s note: We’re sad to report that Ferıköylü Ömer Usta’s stand is no longer in operation. The triangle of Kurtuluş, Feriköy and Bomonti represents an Istanbul on the verge of fading away. Though still inhabited by significant numbers of Greeks, Jews and Armenians, there are more local churches and synagogues than are used by the… 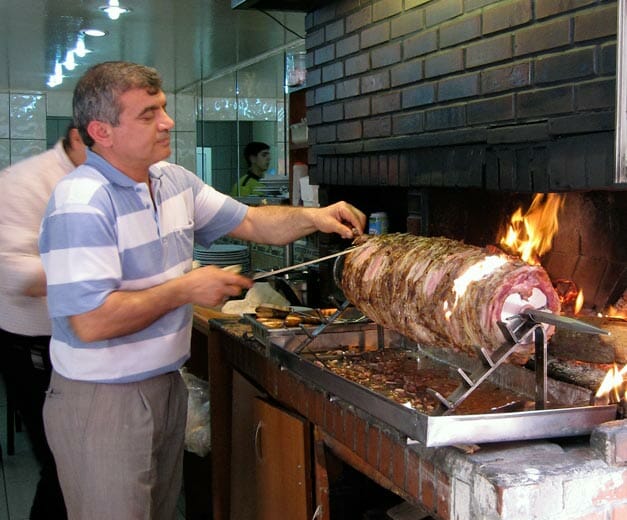 Istanbul | By Istanbul Eats
By Istanbul Eats
IstanbulIstanbul has plenty of kebab joints, but places serving cağ are sadly hard to find. Originating in the eastern Anatolian province of Erzurum, the kebab looks like a horizontal döner, but tastes otherworldly. If South American cowboys somehow found themselves in Erzurum’s grassy Turkish steppe, they would surely be struck down with déjà vu at…