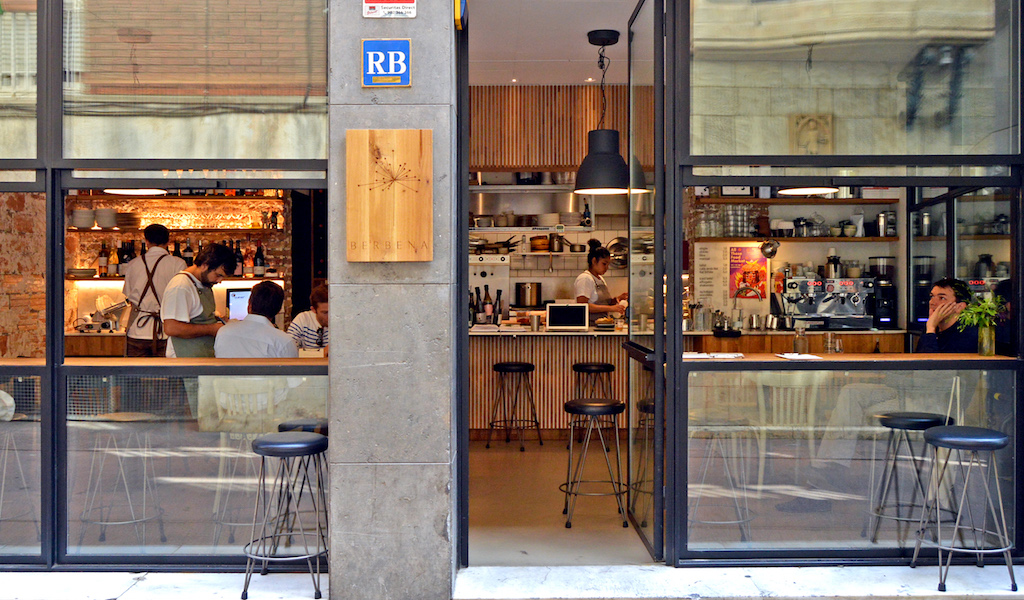 At first glance, Berbena, a restaurant in Gràcia, resembles a small, pretty tree with dazzling foliage – it offers a sophisticated and complex dining experience. But the restaurant’s delicate attributes, those pretty leaves, wouldn’t be possible without a carefully tended trunk and roots. In short, the basics matter, something that its creator, chef Carlos Pérez de Rozas, decided after years spent in high-end kitchens.

Carlos had a culinary education par excellence: After studying at the prestigious Hofmann School, a culinary institution in Barcelona, he worked at several Michelin-starred restaurants in Catalonia, such as Drolma, Saüc, and Carmen Ruscalleda’s iconic Sant Pau. A job in the restaurant at the Hotel de Ville de Crissier brought him to Switzerland; he then spent a short and intense period in France with the great chef Michel Bras. In Japan, he trained alongside Seiji Yamamoto, in his Tokyo restaurant Nihonryori RyuGin, adding more notches of refined knowledge to his belt.

Working in such elite kitchens taught Carlos important skills. And yet, even though he never complained about the long hours, he found the pressure that flooded these kitchens to be dehumanizing and was sometimes perplexed by the incoherence in strategy. “It was surprising to see how they were constructing a wonderful pretty building on weak supports, leaving the most basic elements of the cuisine completely unattended,” he told us. 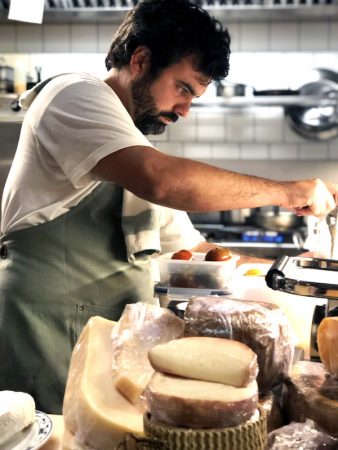 His decision to pursue a different type of restaurant work was cemented in Lima, Perú. He was there to work at the much-lauded Central, before the lights of fame had shined on chef Virgilio Martínez Véliz. But he was most inspired by El Pan de la Chola, a Lima bakery and restaurant opened by Jonathan Day, where the bread, made in an artisanal way with the best local grains, is the star of the table. “That was where I decided to split off from haute cuisine to return to something more elemental, more worldly,” Carlos explained.

After years of traveling and working abroad, Carlos came back home to Gràcia, the Barcelona neighborhood he grew up in. He worked for a few months at the wonderful coffee shop SlowMov while he was planning and searching for a space to open Berbena, his personal project. In fact, the restaurant occupies a building close to his childhood home – his life has come full circle.

The cuisine incorporates elements from Carlos’ varied career: The dishes have a Catalan base and incorporate local flavors but are enriched by international touches. For the lunch menu, they adapted the practice Carlos observed at Dersou in Paris and Maru in Brussels, with the option of one main dish and two sides, as well as dessert and a filtered coffee for around €15. For dinner, you can begin by choosing the bread you want, either with tomato rubbed on it (when in season) or served with other specialty products, such as fig leaf syrup, crème crue, different honeys or just a wonderful EVOO made by Can Catalá from Farga olives. 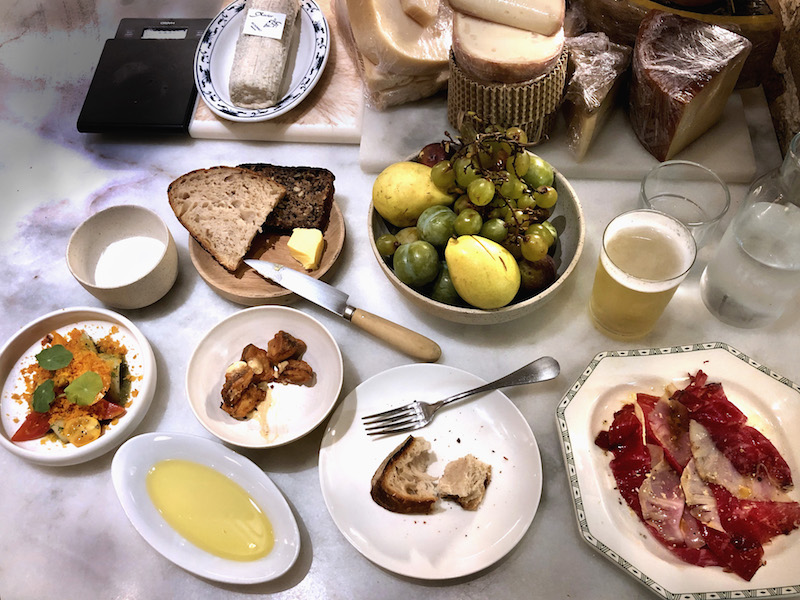 “We create a free cuisine that fluctuates with the seasons and is built on local flavors, with occasional Asian or Peruvian touches, but avoiding topics like the ever-present ceviche, which in our case is a carpaccio of marinated corvine with sake and miso,” said Carlos. 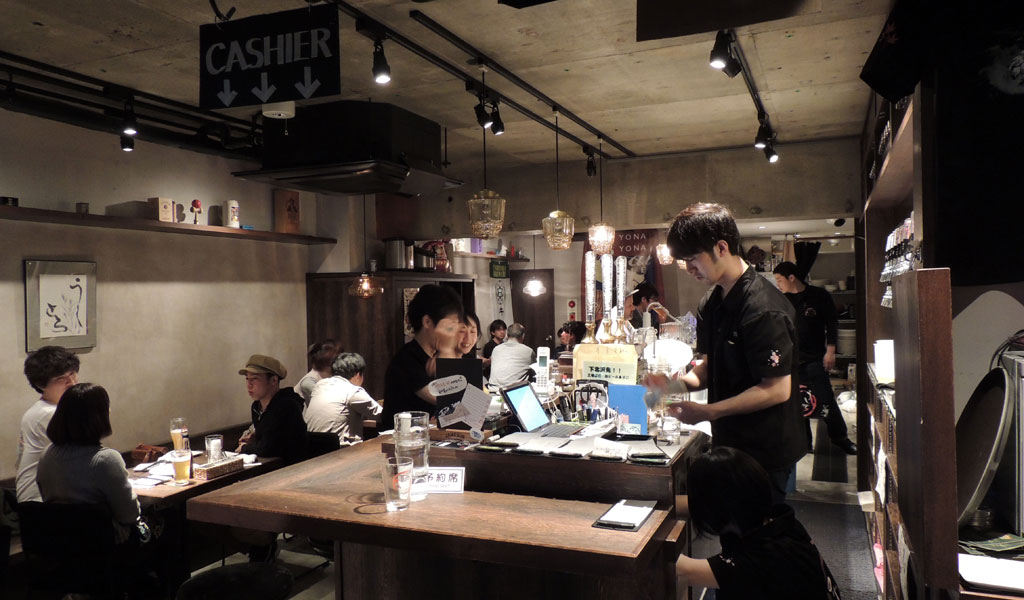 Ushitora: Land of the Rising Suds

Tokyo | By Davey Young
By Davey Young
Tokyo -- When Japan’s last shogun ceded control of the country in 1868 and a centuries-old closed-door policy was reversed, foreign influences on the country grew from a trickle to a steady stream. Foreign residents were confined to restricted living areas, one of the largest one being in Yokohama, just south of Tokyo. Capitalizing on… 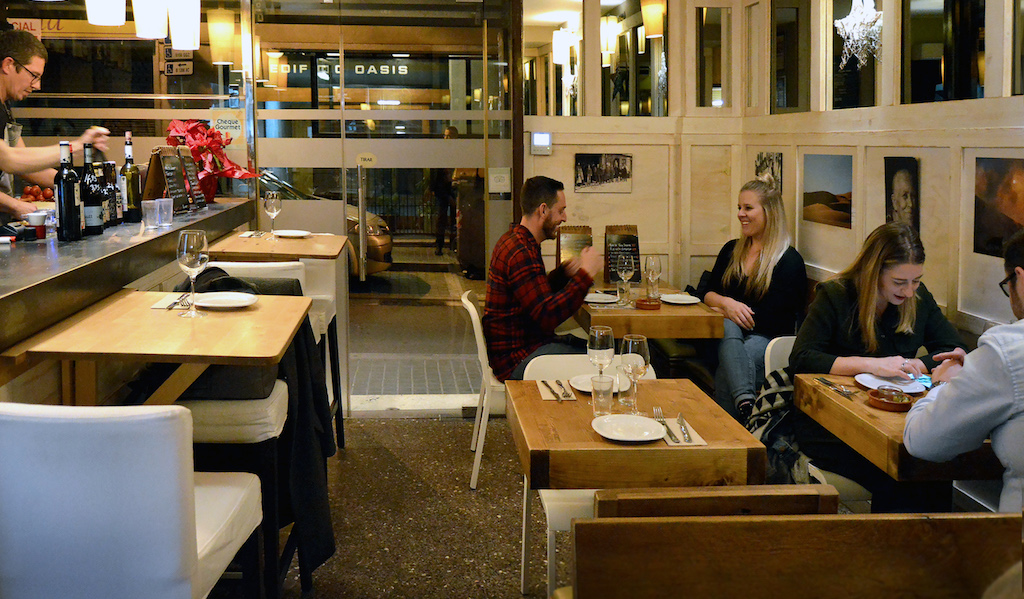 Barcelona | By Paula Mourenza
By Paula Mourenza
Barcelona -- Think of Blavis in the Sant Gervasi neighborhood as the restaurant equivalent of the iconic Fiat 500 or Mini – perfect for a crowded city and charmingly so. Even though there are only two regular members of staff, this tiny spot packs a powerful punch. Chef and co-owner Marc Casademunt crafts tapas-style plates influenced by local… 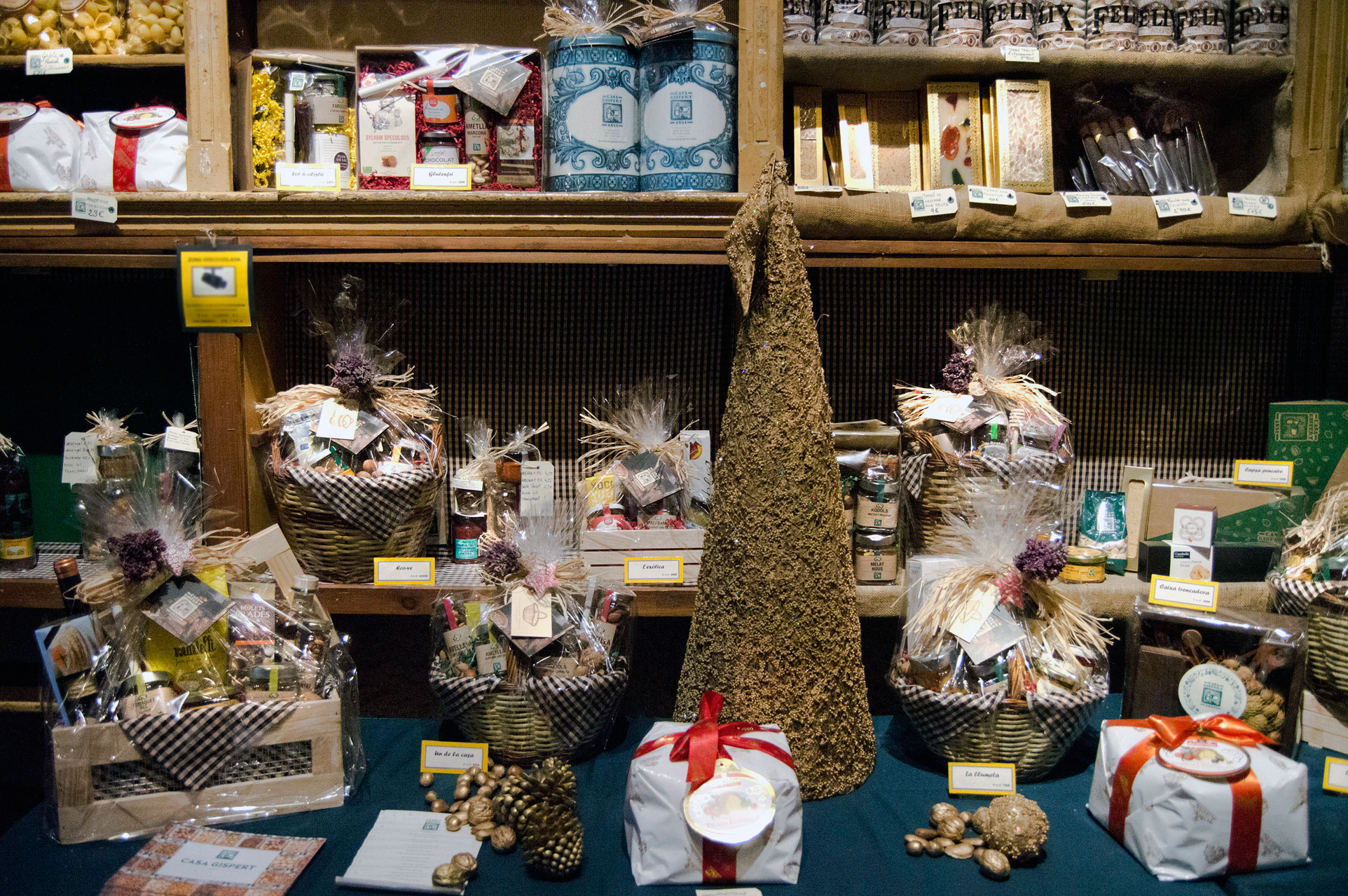