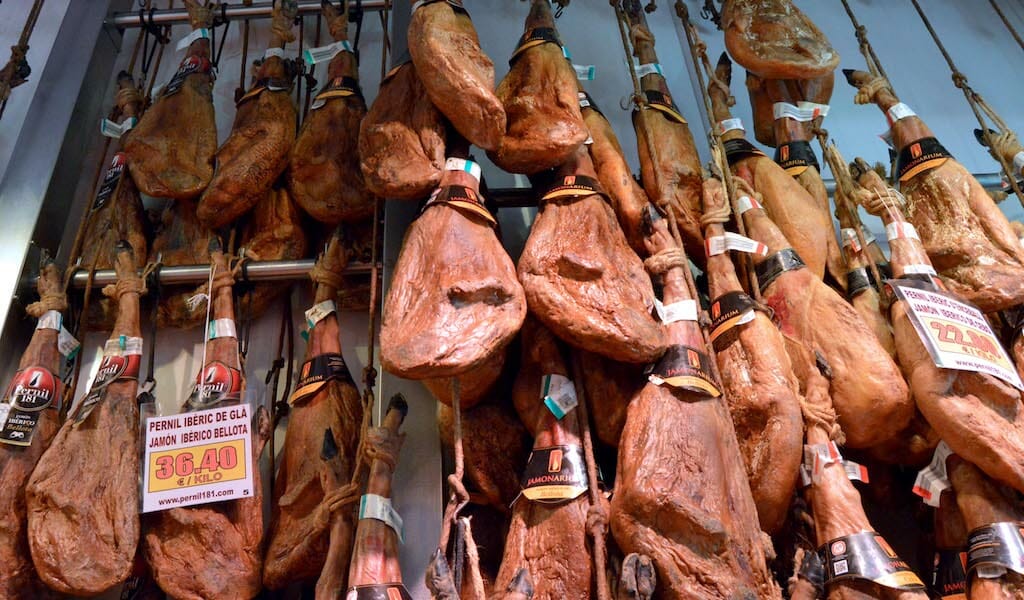 In Spain, pork is serious business; it’s been a fundamental part of the diet here for millennia. Pigs were an important animal on the first Celtic farms and also for the Iberians (around the 6th century BCE), who would sell to other Mediterranean peoples salted and cured pork, as well as olive oil and wine. In that time, the Romans – who already loved and produced ham, even creating ham-shaped coins as a symbol of value – appreciated the ham from Iberian lands such as Tarraco, where, recently, a fossilized ham was found that was more than 2,000 years old (now that’s what we call aged!).

Ham is still, of course, one of Spain’s best-known culinary treasures, and different types of the cured meat offer specific flavors and characteristics, depending on the breed of pig, how the animal has been fed and raised and how its meat has been processed and cured. The two major categories of Spanish ham are jamón serrano and jamón ibérico. The former comes from white or pink pigs normally raised on farms and fattened on grain, while the latter comes from the Iberian breed and is made according to very specific practices, yielding a very special and often costly product. 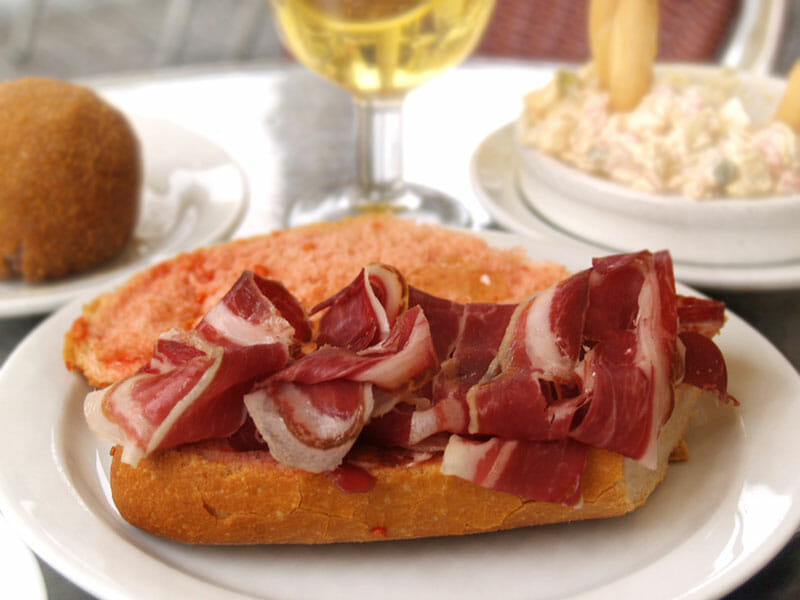 The Iberian pig is an ancient breed of (usually) black pigs and probably originated from the cross of a pig brought to Spain by the Phoenicians (around the 9th century BCE) with the Mediterranean wild boar. They require much more time to reach maturity and the right weight for slaughter than conventional breeds. Spain’s best pork products – not just jamón ibérico de bellota, but also fresh cuts – come from pigs raised this way. The ham made from the black pig, pata negra (“black foot”), is easy to recognize by the black hoof, the distinctive shape of the leg and the intense maroon color of the meat.

The word “jamón” generally refers to the back leg, but the front legs are cured or cooked in the same way. When cured, the front leg is called the paleta or paletilla in Spanish and espatlla in Catalan. These tend to be smaller, less tender and juicy, often sold without the bone and less expensive than the other kind.

To make ham, the leg is salted to draw out moisture for the appropriate number of days (one day per kilo), then desalination takes place over the following 46 days, after which the ham is stored and allowed to dry-cure further, preferably in the mountain air, for six to nine months. Finally, it is aged from eight to 48 months, depending on the desired result. 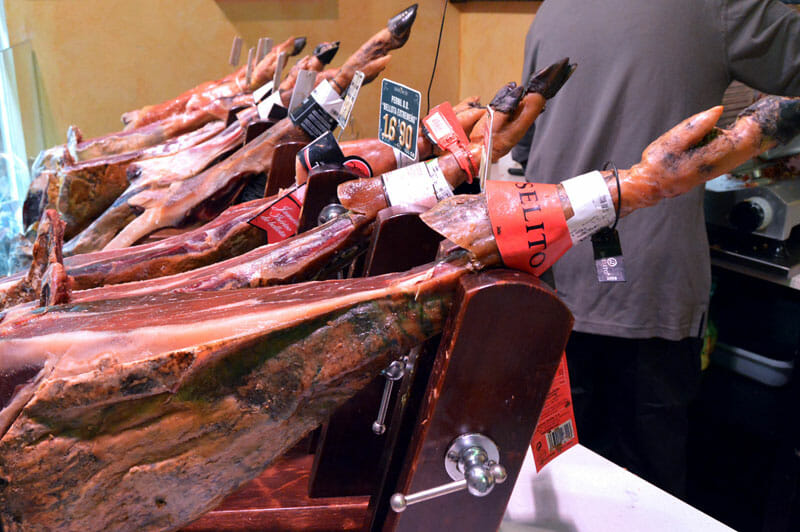 These days, Iberian pigs can be reared using industrial methods, but for the best meat, the pigs are raised in dehesas, or oak forests, where the animals can roam among the trees and forage for wild fruits, acorns and grass. Of the three subcategories of jamón ibérico, jamón ibérico de cebo is the simplest and comes from grain-fed pigs. Jamón ibérico de recebo comes from animals fed a mixture of grain, pasture and acorns, while jamón ibérico de bellota, the most prized of all, comes from dehesa-raised pigs (bellota means “acorn”) and boasts a luxurious amount of fat, an incredibly silky, melting texture and uniquely sweet-salty flavors.

Jamón ibérico is produced mostly in the western-central and southern parts of Spain. Protected designations of origin guarantee the quality of the hams and the expertise that went into making them and include Salamanca (D.O. Guijuelo), Cáceres and Badajoz (D.O. Dehesa de Extremadura), Huelva (D.O. Jamón de Huelva) and Córdoba (D.O. Los Pedroches).

You can find jamón ibérico in bars, restaurants and food shops all over Barcelona (and Spain, for that matter), but our favorite places to get it are La Pepita in Gràcia, Jamonarium in Gràcia, and Moniberic in L’Eixample. 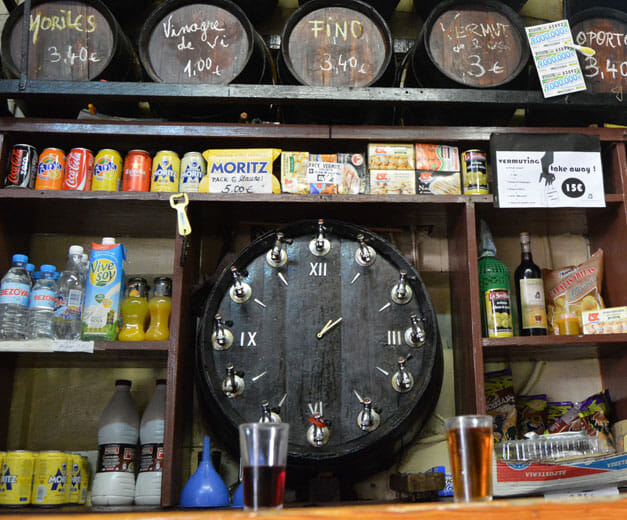 Barcelona | By Paula Mourenza
By Paula Mourenza
BarcelonaFor so long, bulk wine has been synonymous with plonk – even in a country like Spain, where buying wine straight from the barrel was standard practice up until the 1980s, when it was largely replaced by bottles with certified designations of origin. We are well acquainted with the bad stuff, which we call vino…
Jamón Ibérico in Barcelona