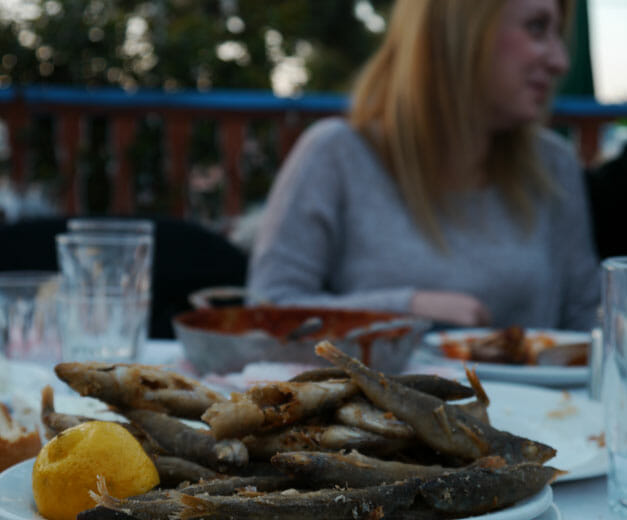 CB on the Road: Seafood in Nea Artaki

Chalkida, the small peninsula on central Evia (Euboea) just an hour’s drive from Athens, is an ideal day-trip destination for urbanites. It’s famous for an unusual phenomenon, in which the tide in the Strait of Evripos changes direction several times a day, and it’s also known among tourists for its fresh and delicious fish and seafood. When Chalkideans want fresh seafood, however, they head to the less touristed town of Nea Artaki, just north of Evia’s main city. In the tiny port, there’s a classic promenade lined with taverns, and the penultimate, Teskos, is our favorite destination. On a recent visit, the weather was beautiful, sunny and cool enough for us to sit on the sidewalk adjacent to the sea. 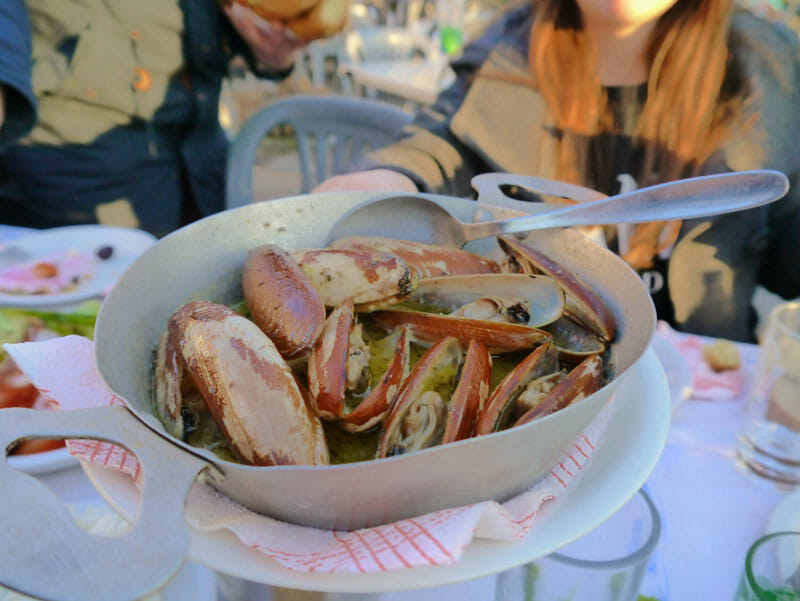 Inside, Teskos is a classic Greek tavern, with nonexistent décor and simple wicker chairs and wooden tables, most of which are almost always filled – a testament to how great the place is. We began with the essentials: a tomato salad, boiled greens and freshly cut French fries. The main event, of course, is seafood, and fishermen deliver their catch daily to ensure maximum freshness.

We ordered grilled octopus, which smelled delightfully like the sea, clams with plenty of lemon and the rare and tasty steamed petrosolines, or razor clams, with lemon and oregano. If kydochtena or chtenostrida are available, we make sure to order them, as these shellfish have especially tender, delicious meat. On a friend’s recommendation, we had the fried squid, which were light and crispy, as well as a memorable shrimp saganaki, which combined the shellfish with chunks of feta cheese and a thick, sweet tomato sauce that was perfect for mopping up with bread. We also overheard a regular at the next table state that he would sell his soul for the breaded shrimp, so that’s on our list for next time. The menu is simple but well executed, the portions rich and hearty. 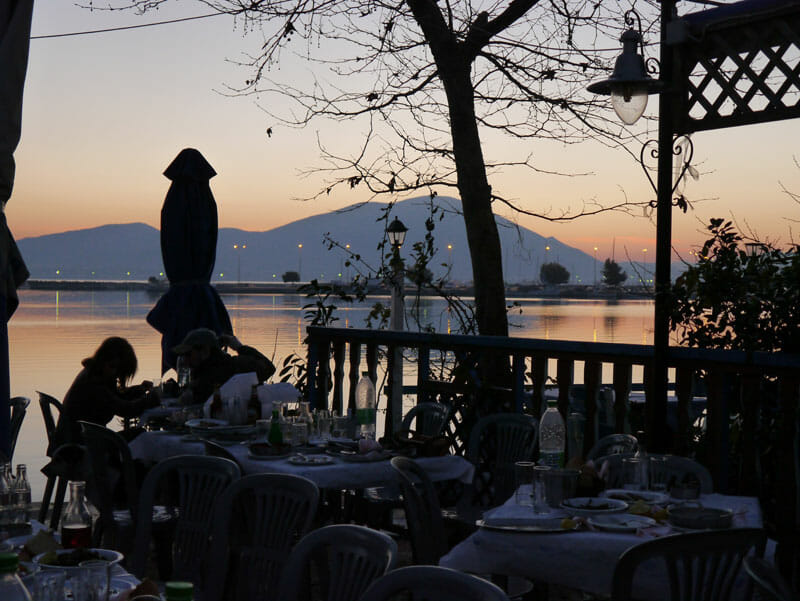 Service is brisk, warm and friendly. If Teskos is crowded, however, one must be patient. We recommend reserving a table before you go or avoiding peak hours. Teskos is also an excellent value: A group of six can eat seafood and appetizers accompanied by raki or ouzo for about €14 per person. If you want fish, you shall pay more, but always within reasonable limits. Here, besides the wonderful shellfish, we enjoyed a beautiful sunset, where the sun slowly disappeared below the horizon. The food and the setting make Teskos a first-class escape from the urban bustle of Athens. Just follow the tide. 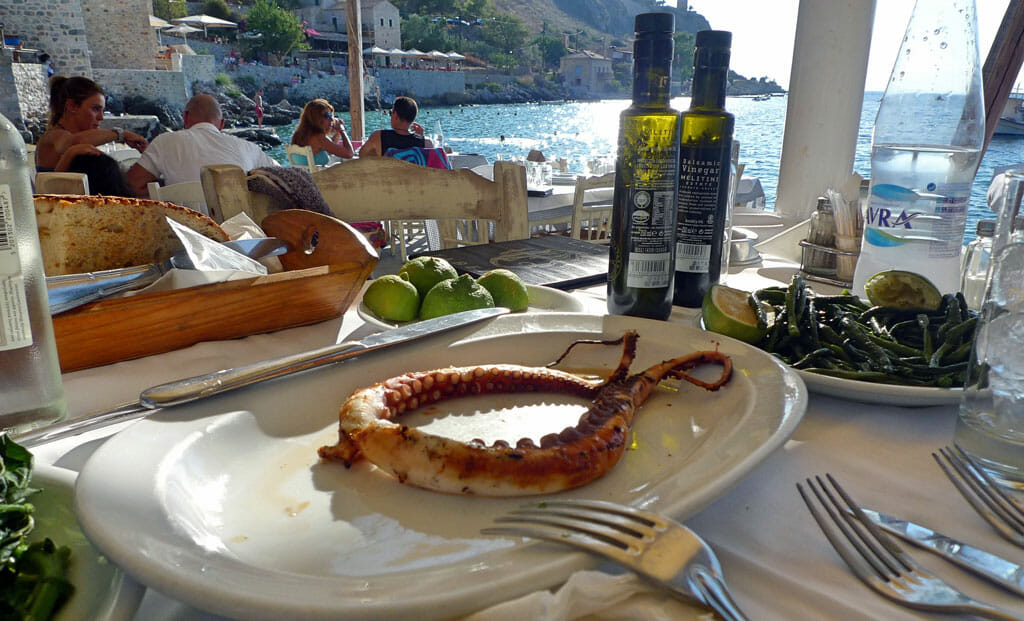 CB on the Road: Takis Taverna in Hidden Mani