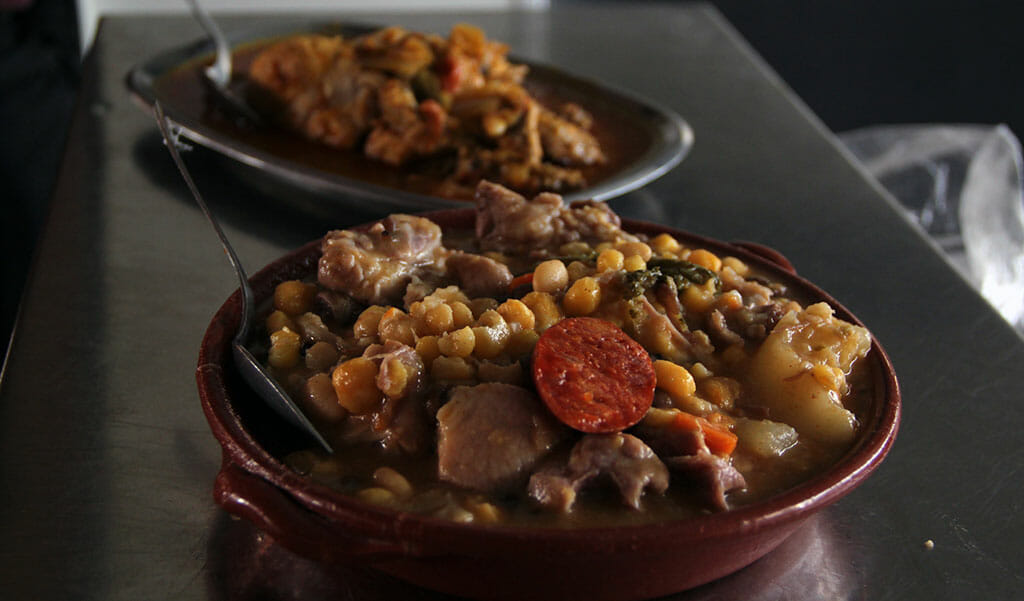 On a narrow and, until recently, slightly forgotten street in Lisbon’s city center, a simple Cape Verdean eatery is holding its own. As one of the few tascas serving up African dishes in this part of town, Tambarina, with its dozen tables and keyboard and mics set up in the corner, bears testimony to this urban quarter’s historical connections to the people of Africa’s northwestern archipelago.

Rua Poço dos Negros – a street with an ambiguous name possibly relating to the dumping of slaves’ bodies here centuries ago – is on the border of what until two decades ago was known as “the triangle,” an area extending to São Bento and which in the 1970s became home to a new group of migrant Cape Verdeans. The triangle saw one of the few waves of substantial migration from the colonized islands to the metropolis of the former empire and is nowadays a mix of old multi-family houses – once belonging to the working classes – and new condominiums. Only a few members of the Cape Verdean community remain here; the majority of them now live in the city’s peripheral zones such as Amadora, Oeiras and Portela. 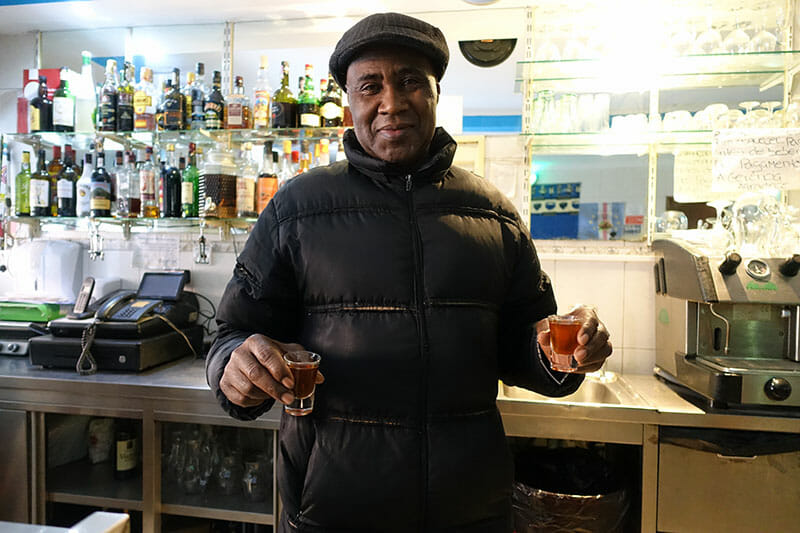 Domingos de Brito, owner of Tambarina, is one of the few who stayed. Like many others at the time, he arrived from the island of Santiago in 1971 at age 18 to work in construction. His roots are solid in the neighborhood, where he also ran a small enterprise exporting products (including food and clothing) to Cape Verde. Domingos opened the restaurant in 2011 and had to contend with the pressures of prejudice from neighbors and even the police. “When I opened it was a bit complicated; for an African it is hard to progress in Portugal due to discrimination,” he says. “But now, as I know everyone in the neighborhood, everything is fluid.” In this sense, the name is spot on: Tambarina is a tree that resists difficult conditions, especially drought – a periodic calamity in Cape Verde.

From the start, Tambarina has served up particularly tasty dishes thanks to Domingo’s already extensive culinary experience – as the last of seven brothers, he helped his mother in the kitchen from an early age.

The star dish here is cachupa: the pride of Cape Verdean gastronomy, this slow-cooked stew is made mainly of hominy, beans, cassava, sweet potato and fish or meat (sausage, beef, goat or chicken). In Cape Verde, the dish comes in many forms. At Tambarina, Domingo makes meat, tuna and even vegetarian versions. “The best thing for breakfast is cachupa refogada, re-frying leftovers with eggs and good quality pork sausage [linguiça].” The irony, he says, is that cachupa pobre – the modest version made only with fish –is a far superior dish to cachupa rica – which uses several kinds of meat and is expensive in the archipelago. The key, he says, is that the onions are sautéed in lard. 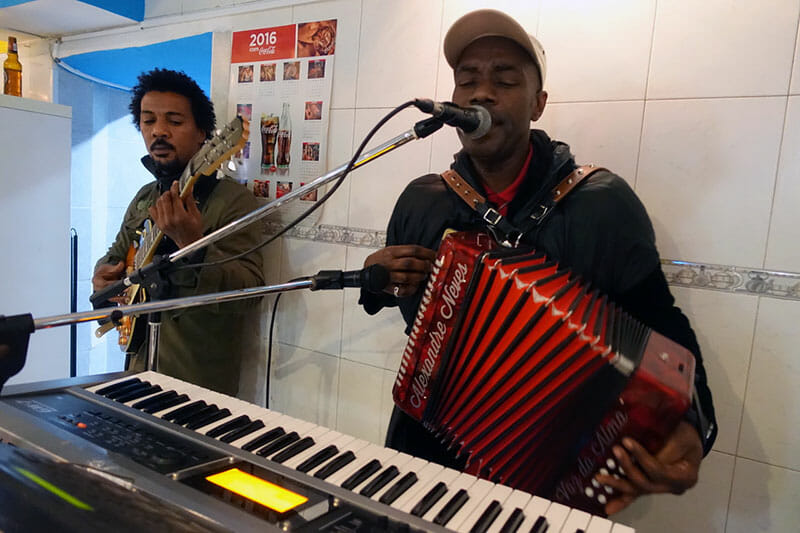 Cachupa is a dish with 500 years of history in Cape Verde and symbolizes the planting of corn and all the practices, techniques and accumulation of knowledge related to it. The ritual of its preparation evokes a sense of belonging and hospitality. More than any other dish, cachupa reveals an authentic expression of Cape Verdean identity.

Some etymologists relate the term “cachupa” to the Spanish cachupina, which refers to the gathering of people around music – a context that could be confirmed by the omnipresence of live music in Cape Verdean restaurants. Tambarina hosts mini-concerts from Thursdays to Sundays: batuque, funaná, colá, coladeira or morna musical styles blare from the speakers, transforming the restaurant into a party after dinner. It’s at this moment of the evening where Domingos usually goes to drag chef Augusta out of the kitchen to dance. “Music from Cape Verde is very sought after. All the genres have especially good rhythms and are lively; if you feel a bit sad, you listen to funaná, and you forget everything!” 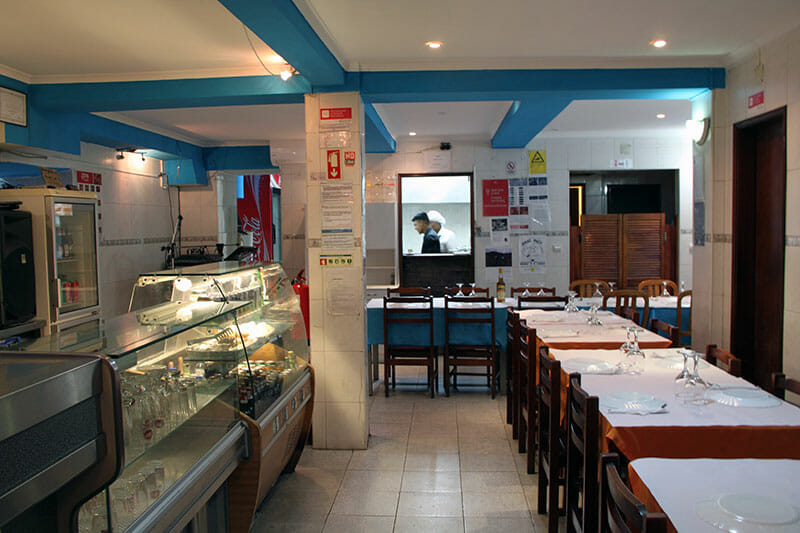 Apart from the cachupa, which sings with flavor, Tambarina also specializes in chicken cooked with beer, grilled fish, tuna belly, veal with cassava and delicious corn pastries. All of these can be washed down with Cape Verdean grog (also grogue in Creole), which is made of a rum distilled from sugar cane from Santo Antão and Santiago islands. Like many of the ingredients that ended up in the archipelago, the abundance of sugar cane in Cape Verde was a consequence of colonization and the slave trade. In typical experimental style, Domingos also makes his own homemade punch, a recipe learned from his father: grog, sugarcane honey (“Not sugar!” he insists), lemon and a secret ingredient he won’t reveal. Whatever it is, it certainly goes well with the music. 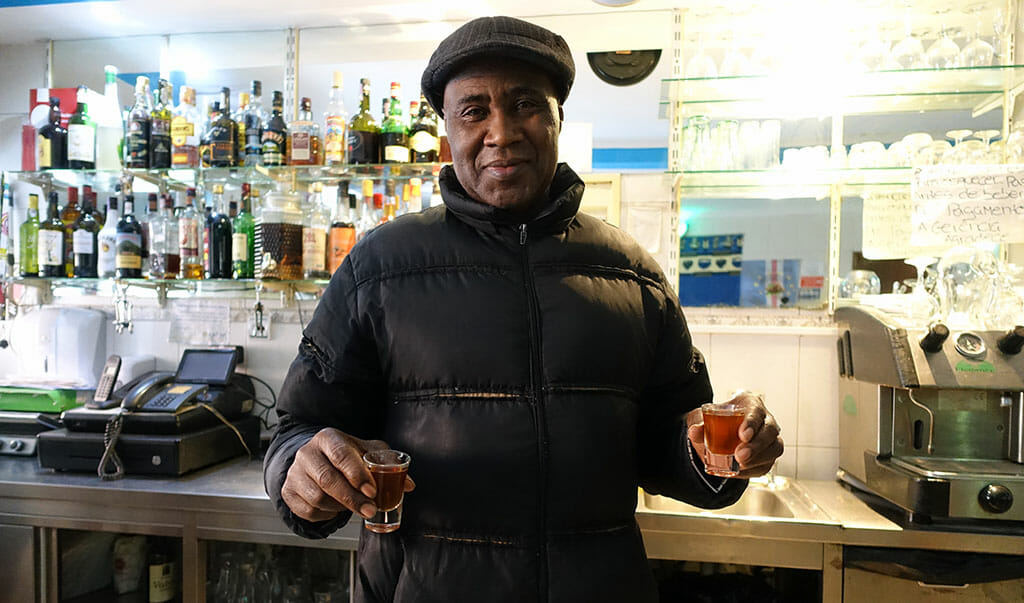 Lisbon | By Francesca Savoldi and Syma Tariq
By Francesca Savoldi and Syma Tariq
LisbonOnce the hub of a trading empire that connected Macau in the east to Rio de Janeiro in the west, Lisbon today can at times feel like a sleepy town of nostalgic storefronts and scenic churches. But that’s only its façade. Take a closer look and you’ll discover a city that still maintains deep-rooted links… 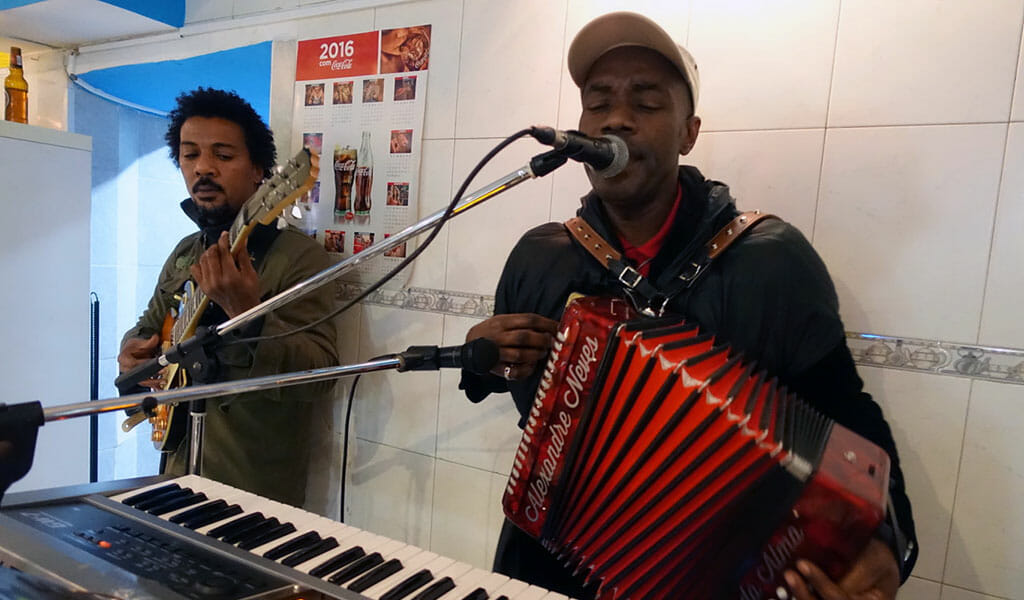 Lisbon | By Francesca Savoldi and Syma Tariq
By Francesca Savoldi and Syma Tariq
LisbonCape Verdeans, particularly those from the island of Santiago, form one of the biggest migrant communities in Portugal. Because of the cyclical drought that afflicts the 10 volcanic islands making up this archipelago, the country’s sense of homeland coexists with the idea of movement, with Cape Verde recognized by many as an essentially diasporic nation.… 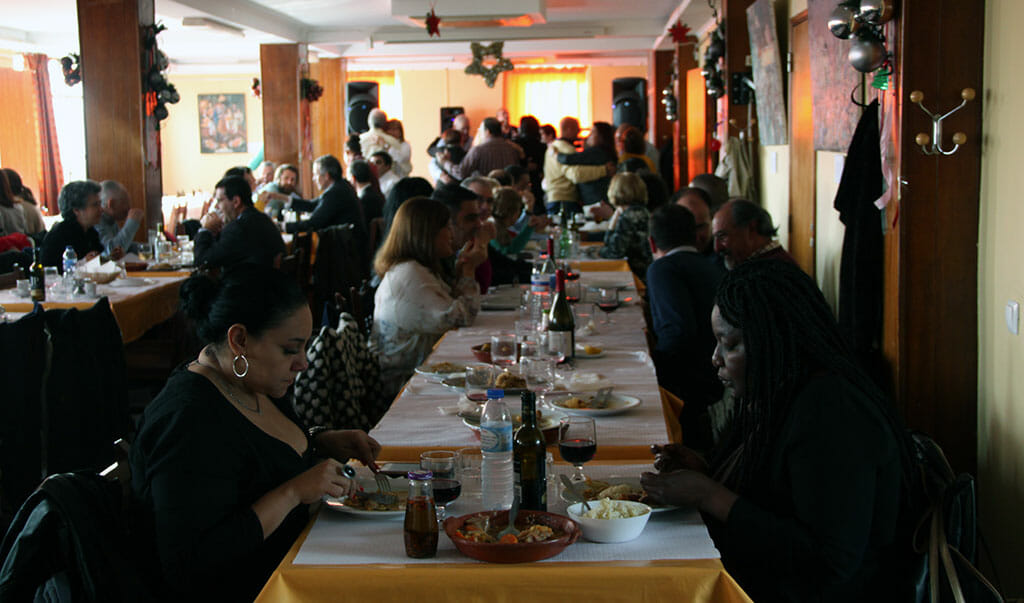 Lisbon | By Francesca Savoldi and Syma Tariq
By Francesca Savoldi and Syma Tariq
LisbonOn the last floor of a high building in Marquês de Pombal – Lisbon’s financial and commercial area – is the headquarters of the Associação Cabo Verde, the oldest of its kind in the capital. Its unexpected location aside, it draws many from the community who need support with issues relating to law and integration…
Select your currency
USD United States (US) dollar
EUR Euro