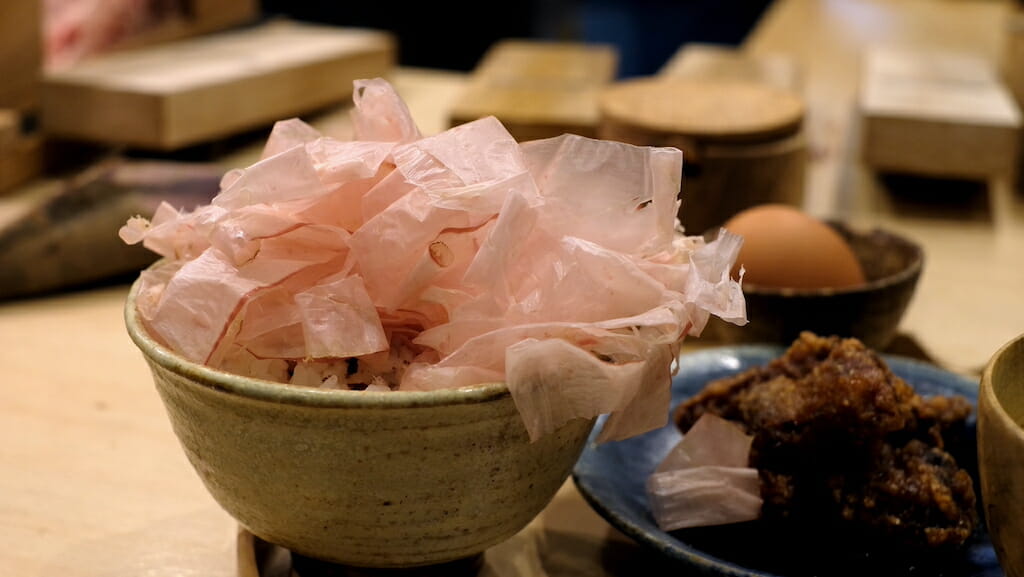 It’s a Thursday morning at Katsuo Shokudo, a basement breakfast diner in the backstreets of Shibuya decorated with fish-themed paraphernalia. Today is slow and relaxed. Dressed in shades of indigo, most notably a T-shirt proclaiming “KATSUO 100%,” proprietor Mai Nagamatsu is a one-woman show in charge of the entire operation today, washing and draining rice, frying fish, taking orders, sharpening her knives, now and then breaking out with a stream of lively banter in her bright, ringing voice.

The name of her restaurant translates to “Skipjack Tuna Cafeteria,” and as the name suggests, it’s all about the eponymous fish. It specializes in all things katsuobushi, or skipjack tuna flakes – the smoky, piscine backbone of Japanese cuisine. 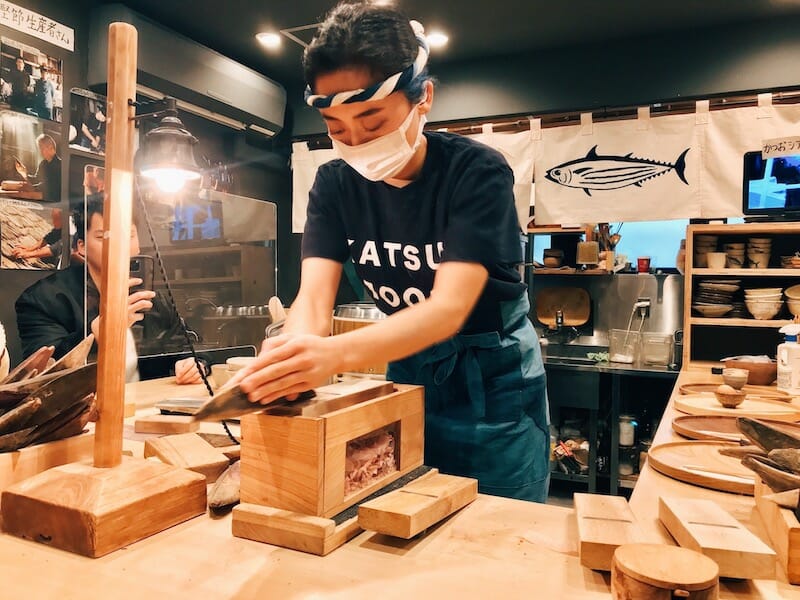 Katsuobushi flakes are made by firmly pulling and pushing rosewood-like fillets of dried, smoked and cured skipjack against a kezuriki, a tool similar to a mandolin or wood plane. At Katsuo Shokudo, the principal dish consists of fistfuls of freshly planed katsuobushi and drizzles of soy sauce atop hot white rice – a dish affectionately known as neko manma, or “cat food” – with miso soup on the side. A raw egg is optional but highly encouraged, and there’s a daily side dish – skipjack-themed, naturally –  should you want extra protein for breakfast. (When we visited, it was katsuo karaage drenched in a sweet-salty sauce – surprisingly meaty.) It’s hardly glamorous fare; breakfast here seems like the sort of food you could make at home. But as anyone who’s visited knows, this simple, nutritious meal is much more than the sum of its parts.

Today, Nagamatsu begins by checking to see if the surface of her katsuobushi (skipjack flakes) scraper is perfectly even. It is not, so she starts sanding down her scraper. Any number of factors can affect its evenness, such as humidity levels or the amount of pressure she applied before. When she finally does start manually planing the skipjack fillet, you can see her wholly focused on each push and pull as long, paper-thin curls drop into the drawer below. 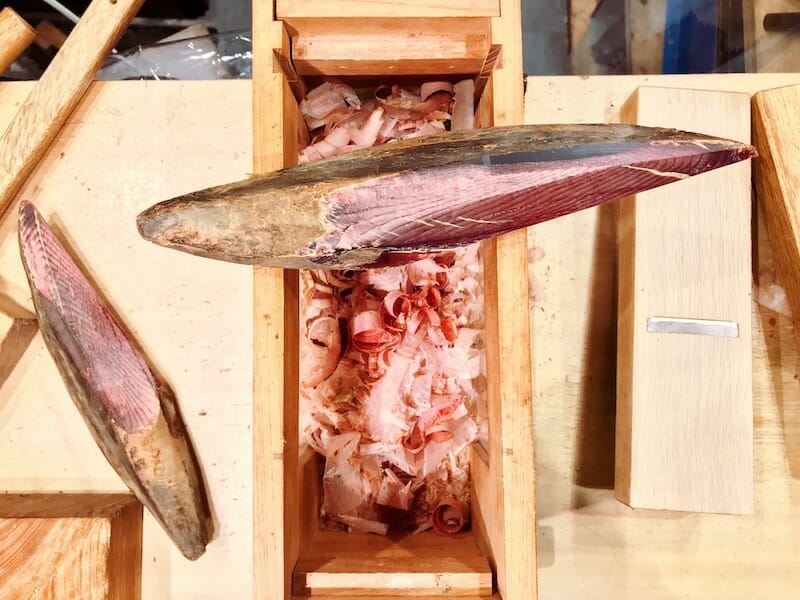 As everyone waits for their food, she passes one of the fillets around the counter for us to look at up close. It’s incredibly hard – knock it on the counter, and it makes an audible clunk sound – an unprepossessing grayish brown on the outside but scarlet and ruby-like within. It smells smoky and woodsy, and above all like the umami of an ocean distilled. This one is fermented, and according to the informative photo books she keeps in the diner, a single fermented fillet can take up to six months from start to completion.

Unfermented katsuobushi is ready in about two weeks, and is punchy and smoky, she tells us, while fermented katsuobushi has more depth of umami, and a delicate, beguiling fragrance. Both look identical when shaved, but the mold that’s had time to ferment the katsuobushi over several months and draw out the excess moisture makes all the difference in the final flavor. We get to try big fistfuls of both over rice.

Nagamatsu’s attention to detail is a pleasure to witness, as is her palpable passion for katsuobushi; what makes her work special is how rare it is to see or taste freshly-planed katsuobushi these days. Very few people shave their own katsuobushi anymore, whether for personal or professional use; it’s like milling your own wheat for bread, or grinding your own corn for tortilla flour. Bags of pre-shaved flakes are easily bought at supermarkets, and restaurants that use katsuobushi for dashi (soup stock) will typically order the ready-made stuff in bulk, if they aren’t using commercially-available liquid dashi concentrate to begin with. 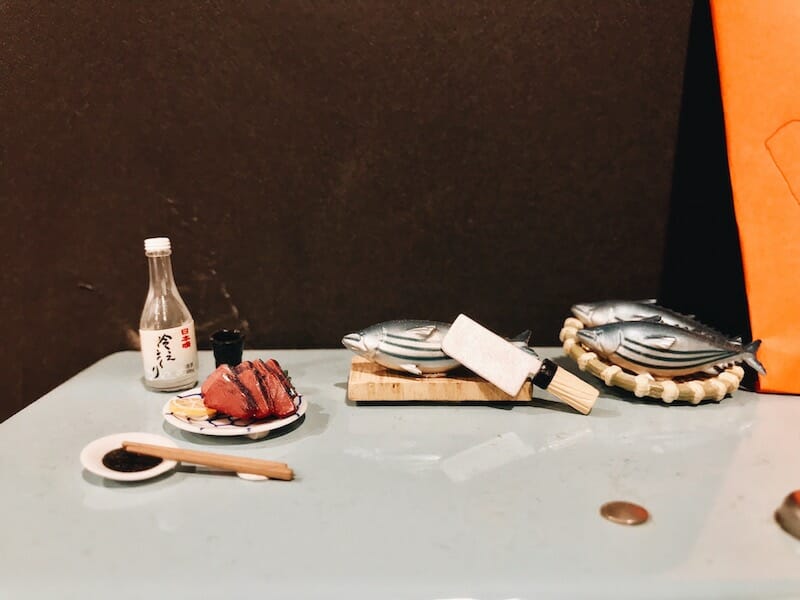 In this sense, her commitment to the traditional way of katsuobushi is highly unorthodox, and all the more so when we hear that she was once a self-professed “party girl.” Before katsuobushi, she tells us, she had few plans or ambitions for her life; it was only during a trip back home to Fukuoka and seeing her grandmother planing fresh katsuobushi by hand that she fell in love with the ingredient. She was 25, and she would spend the next few years diving into the world of katsuobushi, visiting fishing towns and artisans to learn about the craft. Ten years on, her devotion to katsuobushi remains as strong as ever.

With just two ingredients and a drizzle of soy sauce, neko manma hinges entirely on the quality of the katsuobushi and rice. There’s nothing to hide behind. Neko manma takes on a luxurious quality with freshly-shaved fermented katsuobushi. Even the soy sauce is a little extraneous; a sprinkle of salt is all you need after stirring a raw egg in. There’s a mellow and complex oceanic fragrance, a softness in the way katsuobushi wilts in the heat, a discernibly delicate quality distinguishing it from the store-bought stuff – rather like delicate peach strips of taffeta.

After the meal, Nagamatsu says goodbye to the customers with her signature send-off — arigatsuo gozaimasu, a pun on “thank you” (arigato) and “katsuo.” We know she says the same thing to everyone, but her irrepressible cheer and verve never fail to put a smile on our faces. It’s why we’ll be back again. 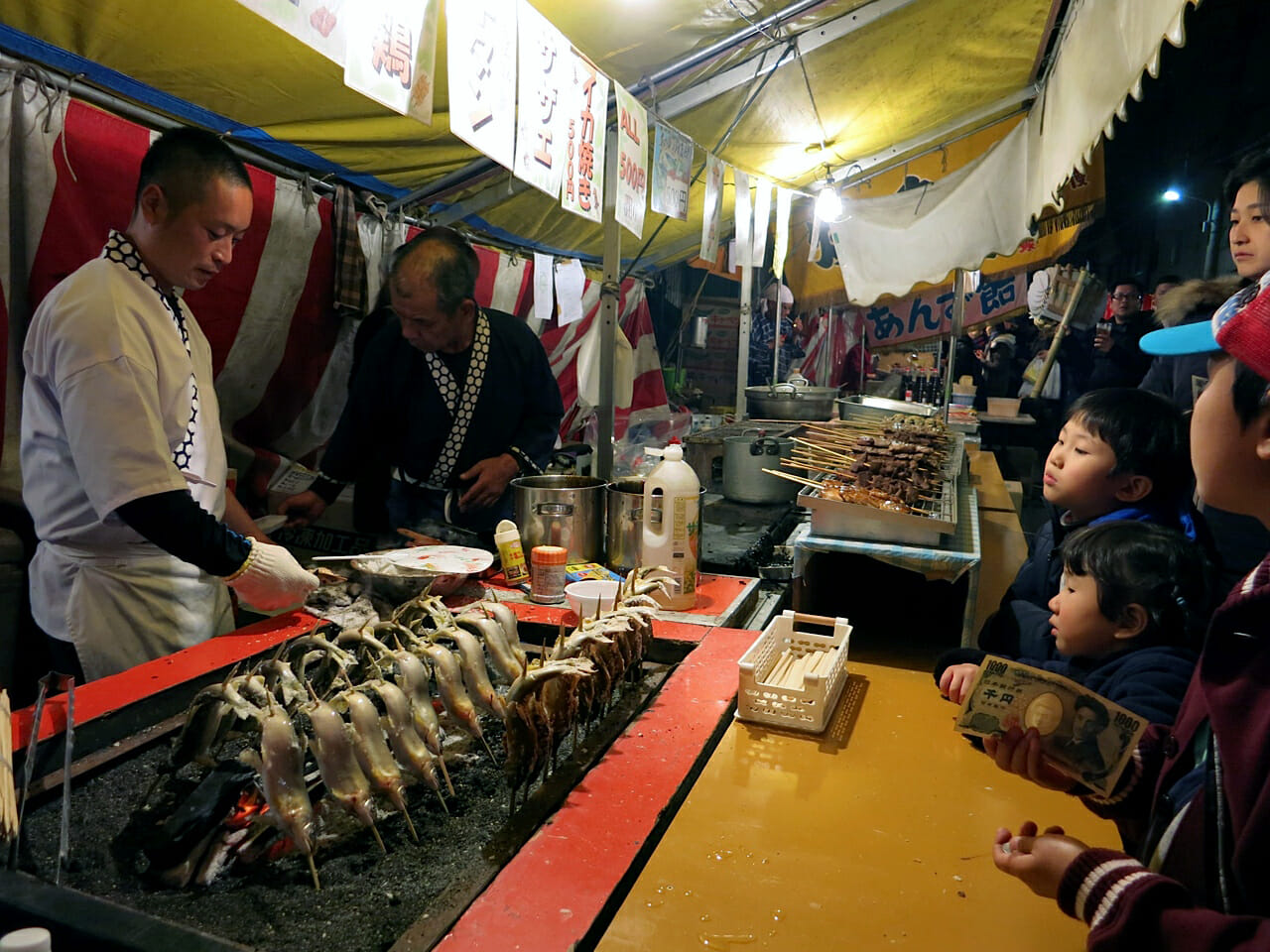 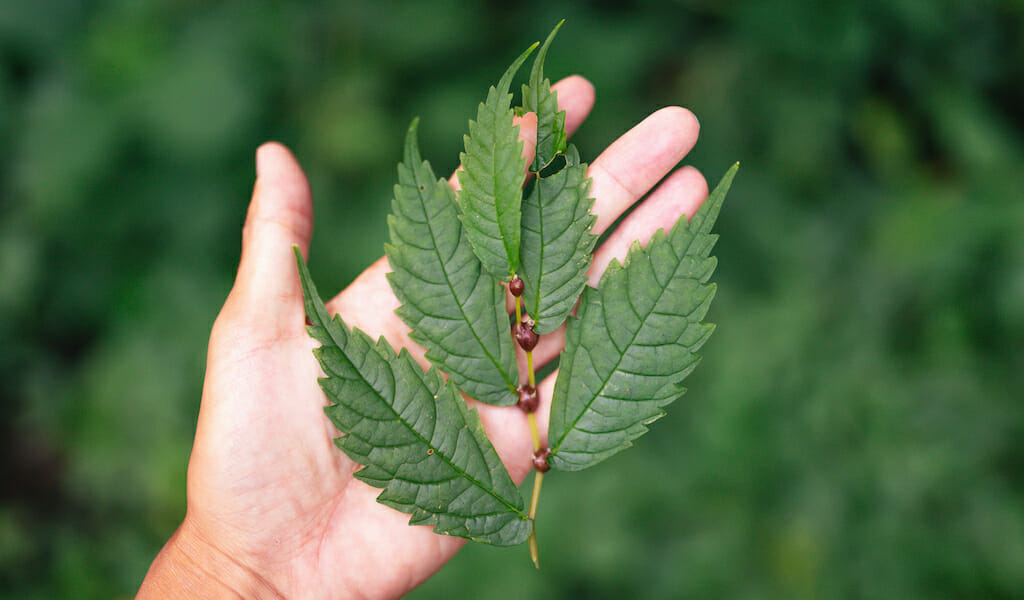 Tokyo | By Florentyna Leow
By Florentyna Leow
TokyoMuch has been written about the yamabushi of the Dewa Sanzan mountains in Yamagata Prefecture, about two and a half hours north of Tokyo via bullet train. The yamabushi are followers of Shugendo, an ascetic mountain religion best thought of as an amalgamation of Shinto, Buddhism, Taoism, and mountain worship. Shrouded in secrecy and more… 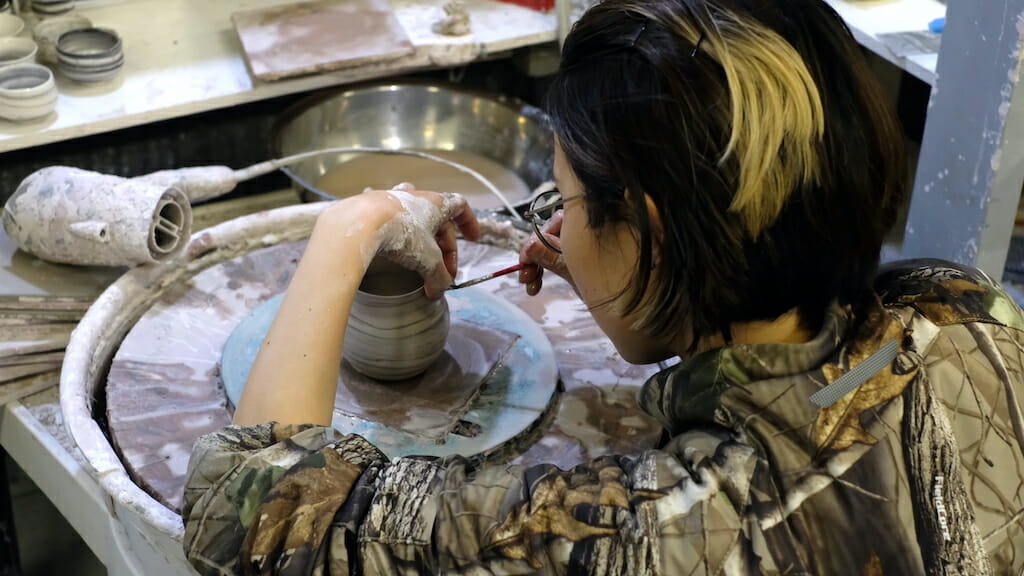