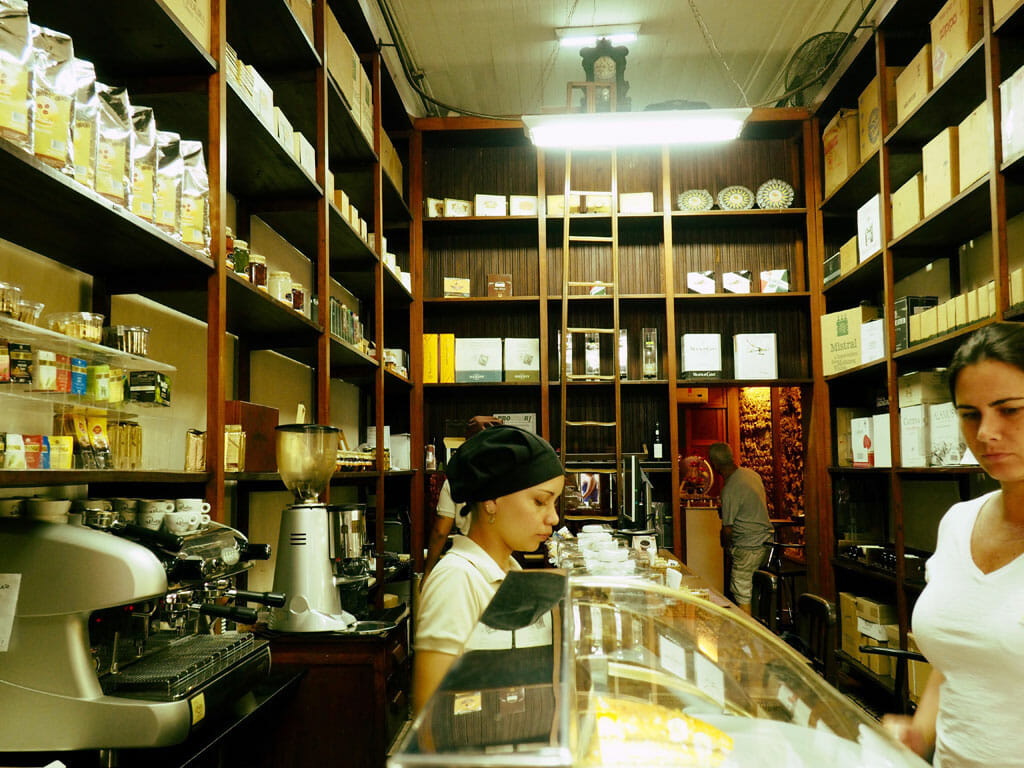 Before thousands of Syrian and Lebanese immigrants arrived in Rio at the beginning of the 20th century, colonists organized the old city according to geography, chance and Spanish and Portuguese planning conventions. This meant stores in the same category – ironware, shoes, musical instruments – were grouped together, sometimes even allotted their own street. If you needed wholesale fabric, you headed to a different road than if you needed a new kitchen pot.

When hard fortunes amidst the breakup of the Ottoman Empire brought residents of the regions surrounding Syria and Lebanon to Rio, many put down roots in an area then called “Little Turkey” on Alfândega Street, near the port. Merchants of all types set up next to each other bazaar-style on the row-house-flanked street, unfurled their awnings and catered to the needs of other newcomers, selling dry goods, housewares and wholesale cloth. Some of their descendants, joined by other entrepreneurs, have been doing business in the area ever since. In 1962 the market faced the threat of being bulldozed for a new highway, but the merchants organized and successfully resisted on the basis of the area’s cultural and economic importance. That’s when it got its current name, The Society of the Friends of the Surroundings of Alfândega Street, or simply the Saara.

One of the longstanding merchants of the Saara is Ali Haje Atue Neme, who arrived in Rio in 1912 from what was then Syria. He started out selling matches but eventually saved up enough to buy a house on Senhor dos Passos street. He then transitioned to selling cigarettes, and his business became a full-blown smoke shop, specializing in cigars from Bahia, where the soil is the hottest and richest in Brazil and the tobacco leaves are the best. A lot has changed since then – you can’t smoke indoors in Rio anymore, and the part of Syria that was home to Neme’s ancestors has been reclassified as Lebanon – but the name Charutaria Syria, “The Syrian Smoke Shop,” still flutters on the store’s awning. 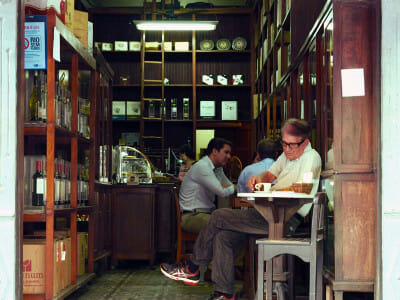 The first thing you’ll smell when you walk into Charutaria Syria today is coffee. Neme’s granddaughter, Emne Neme, and her husband, José Mauro Cunha, still sell cigars – boxes from Cuba and Nicaragua as well as Bahia sit in the glass case at the entrance – but they have shifted the overall focus of the shop to coffee, baked goods and prized food products from across Brazil such as jams and chocolate bars. The coffee is 100 percent Arabica from Minas Gerais, stronger than most Brazilian roasts that are sold abroad, which are ground with more acidic, higher crop-yield Robusta beans. The Arabica coffee is strong, deep and steaming, and the gleaming espresso machine behind the long wooden counter taps and whirs in the background throughout the day. Usually Emne plays a tape of violin music at a level below customer chatter.

The sweets, which Charutaria buys from a local bakery, are traditional Brazilian cakes and tarts, such as cheese custard with guava topping (Brazilians say this combination goes together so well they call it “Romeo and Juliet”) and a not over-sugared carrot cake draped in bittersweet chocolate sauce. Customer favorites include cakes of honey-drenched walnut and of delicately layered prune and apricot, both on display at the front of the counter. 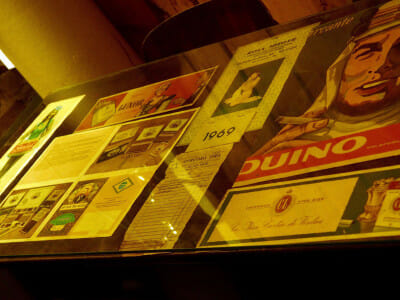 What brings many people to the Charutaria is its element of time travel. The narrow, tiled-floor shop with its rolling wooden ladder would be magical anywhere, but is all the more charming in the midst of a marketplace that, true to its hustler roots, has been described by some as “organized chaos.” In the more than 300 shops that make up the Saara today, multiple Lebanese restaurants mix with vendors of Carnival costumes, fake plants and affordable fashion. As cariocas of all classes stream through the market, multicolored and animal-print spandex is ubiquitous, on both mannequins and shoppers, who can here equip themselves according to a common Rio dress code: shorter, tighter, brighter.

Turn in beneath the Charutaria’s awning, however, and the pace slows. Professors from nearby Mackenzie University meet up with colleagues here on their coffee breaks, as do businesspeople from Rio’s nearby financial district. On a recent afternoon, a woman brought her friends to the Charutaria to look at old pictures of her grandfather in a gold-covered book that stays on display, telling the story of Rio’s Arab-Brazilian population. In its pages, maps that track ship routes from Beirut, Aleppo and Jerusalem accompany photos of prominent immigrants such as the founders of the Maronite church and the Mount Lebanon social and athletic club. Emne’s grandfather is pictured inside the Charutaria in a 1920 shot, between still-present geometric tiles and floor-to-ceiling wooden shelves, while a 1940 photo shows his team driving a pickup truck around a Rio soccer match at halftime, carrying a towering replica of a cigar box in the back.

The Charutaria’s star products today include a colorful preserves collection, featuring jabuticaba, a purple berry from Minas Gerais state, and geleia de pimenta pepper jam, used to season meats, as well as Casa Valduga wine, said to be Brazil’s finest, which comes from Rio Grande do Sul state on Brazil’s southern border with Uruguay and Argentina.

To Neme, the most valuable thing in the shop is its preserved structure, altered over 100 years only with the installation of more shelving and the opening up of a seating area in the exposed brick back room. “You can read about history,” she says, “but I prefer physically walking through it.” 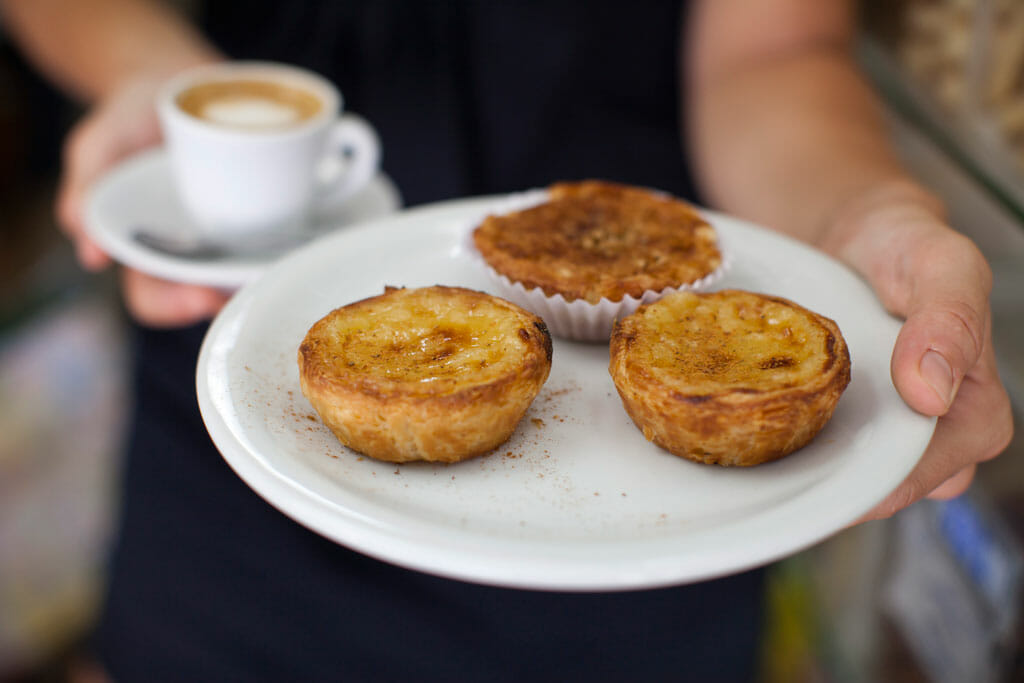 Rio | By Catherine Osborn
By Catherine Osborn
RioThe popular saying that Rio is known more for its bar culture than for its café culture has serious counter-evidence in the old city. Beginning in 1808, when Portuguese emperor Dom João fled Napoleon and relocated his imperial court to Rio, European architects, businessmen and intellectuals followed him and attempted to show that their society… 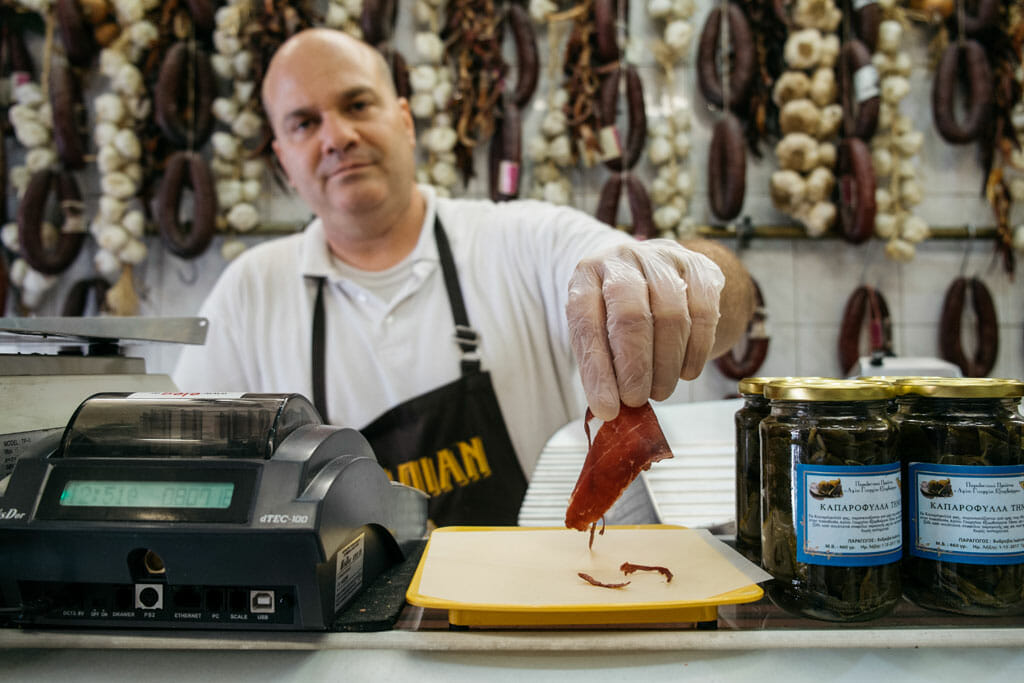