Everything at NAM 43, from the exposed wood beams that extend across the space to the Neapolitan tuff, an ancient stone, embedded in the walls, reflects a philosophy of recycling. (Except the food, of course, which is fresh every day.)

In fact, it was one of the basic principles that inspired 50-year-old Raffaele Montesano to take over the space, an old antique shop, in early 2016 and turn it into a bistro, one that would enhance classic Neapolitan offerings with gourmet touches.

“I love minimalist furniture,” Raffaele tells us. “The tables came from a school canteen in Emilia-Romagna [a region in northern Italy] and were won at an auction.” 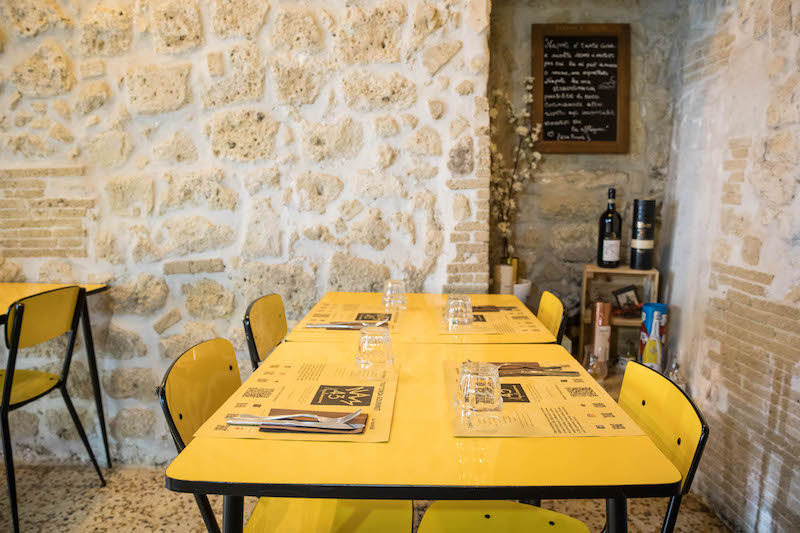 And the emphasis is always on recovery, adds 25-year-old Gino, NAM 43’s chef and Raffaele’s right-hand man, like “the old boards that we used to make the tables that are outside. These tables are very important nowadays, because in the aftermath of Covid, the Municipality of Naples has allowed us to set tables outside the restaurant.”

In addition to salvaging and repurposing old materials, Raffaele has two other great passions: the Napoli football club and cod. “That’s why this place is called NAM 43,” he explains. “NAM is the contraction of Napoli amore mio [Naples my love], with Napoli referring to the football team. As for the 43, it’s the street number of the bistro, but it is also the year in which Naples freed itself from the yoke of Nazi-fascism with the famous Four Days of Naples [a popular uprising before the arrival of Allied forces].”

Raffaele directs a small yet formidable staff of five: there’s Gino, but also Alessandra, Giovanni, Lorenzo and Phastos, an African immigrant who works as a dishwasher in the kitchen. “Phastos was always outside the bistro asking for money,” Gino tells us, “and one day we needed a person in the kitchen to wash the dishes, so we asked him. Today he is an organic part of the staff.” 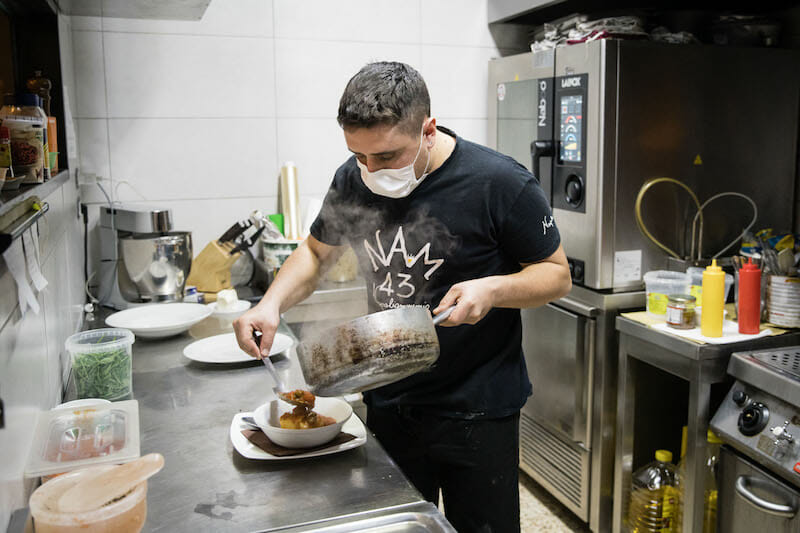 Raffaele’s second love is baccalà, or salt cod, a passion that is clearly evident in the bistro’s rotating menu: the fish is available every day, and on Wednesdays there is a special baccalà menu, a “grand gala of salt cod,” with a starter, main and dessert at a fixed price.

“We only choose the best quality cod – we don’t try to save here. It must be thick, the so-called mussillo [center-cut of the cod] and what’s more, just the right amount of salt,” adds Gino.

One of the restaurant’s best dishes is baccalà alla puttanesca. “We prepare it with a very old recipe, cooking the fish directly in a pan with olives and capers,” reveals Gino, the young chef. Equally delicious is the baccalà parmigiana, in which layers of cod are alternated with layers of smoked provola cheese. Sublime. 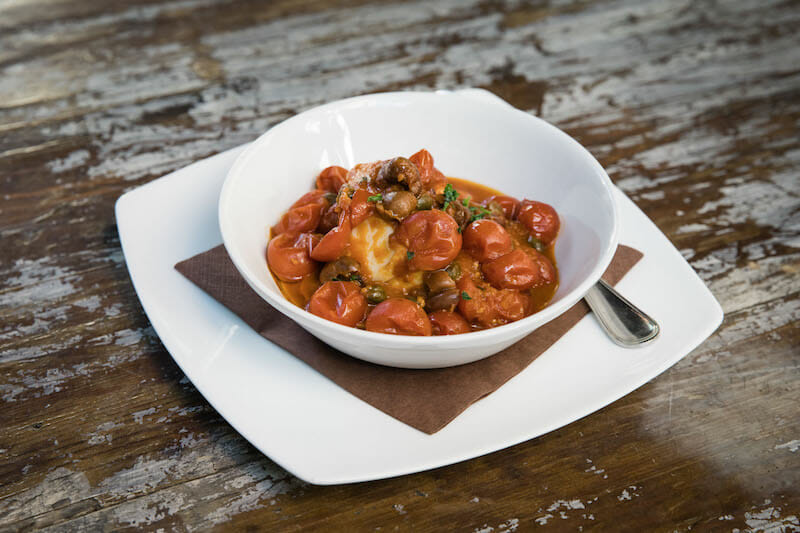 Among the first courses, the NAM 43’s workhorse is the Genovese, the typical Neapolitan dish in which meat is cooked for a long time with an immense quantity of onions. “A Genovese that is made fresh every day, using a special cut of beef and other secret ingredients that cook for at least four to five hours,” Gino specifies.

After working together for almost five years, the staff is incredibly cohesive and runs as smoothly as a Swiss watch, although Gino tells us that it wasn’t always so rosy at the start. Yet the challenge of getting a restaurant on its feet eventually brought them together, and today, in addition to being colleagues, they are all close friends – on most evenings, they enjoy a beer together after NAM 43 closes.

“NAM is the contraction of Napoli amore mio [Naples my love], with Napoli referring to the football team.”

“Of course, Covid forced us to reinvent ourselves completely,” says Gino. “On January 16, we were finally allowed to open the restaurant again for lunch.”

“From the first lockdown, though, the restaurant has always granted a 30 percent discount for all health personnel, doctors and nurses,” Lorenzo adds. And in fact, the employees of the nearby Polyclinic hospital have often come here to eat over the course of the pandemic. 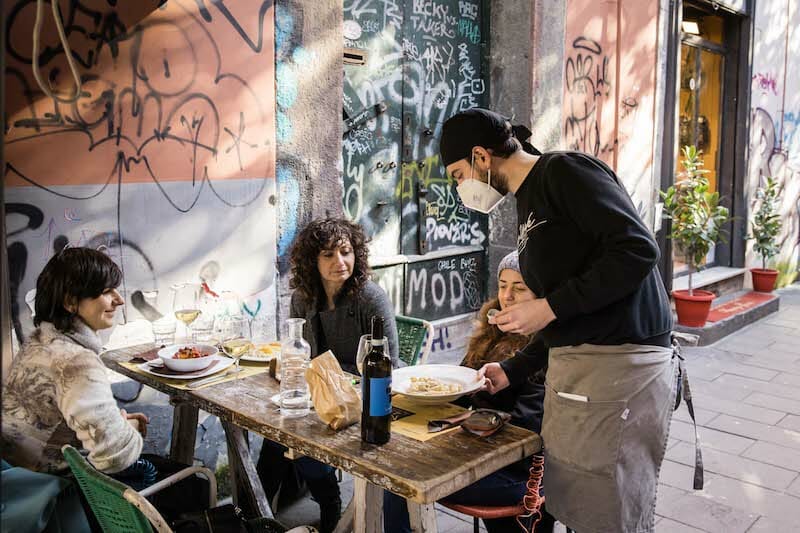 “During this period, which we hope will end soon, the restaurant is only open for lunch. At exactly 6 p.m. it closes. It is possible to sit a maximum of four people per table if they are not living together,” Gino explains, “and for the moment we have decided not to offer delivery in the evening.”

It’s a complicated situation, opening and closing so often and now only opening for lunch, and it can be difficult to make ends meet.

“But the strengths of the restaurant give us courage. As soon as everything is over, our regular clientele, especially young people and tourists, will return to taste the specialties of the trattoria,” Gino says confidently.

A little trattoria, a little gourmet restaurant, a little bistro. The important thing is that everything at NAM 43 is delicious! 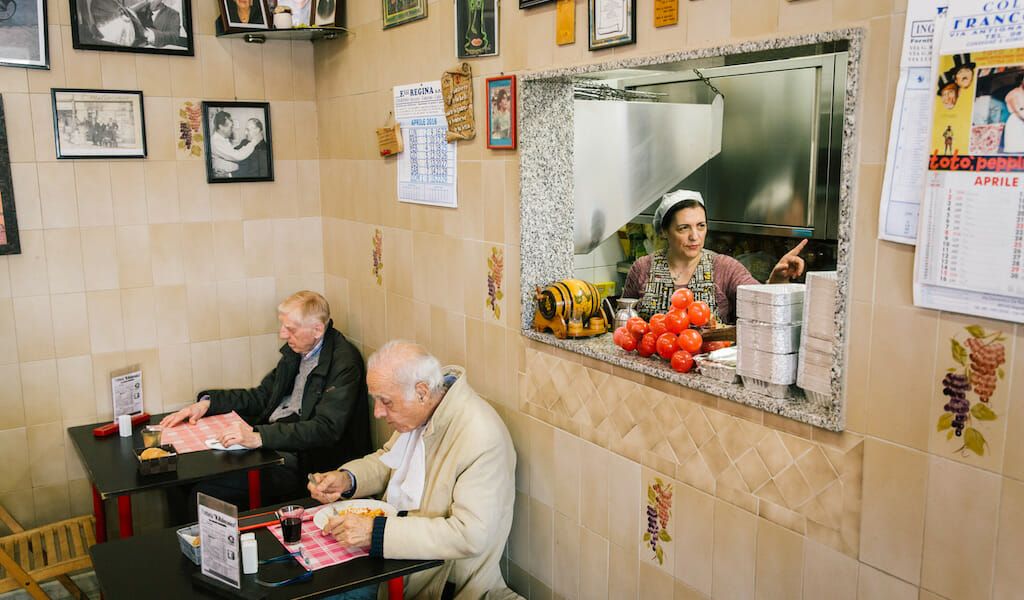 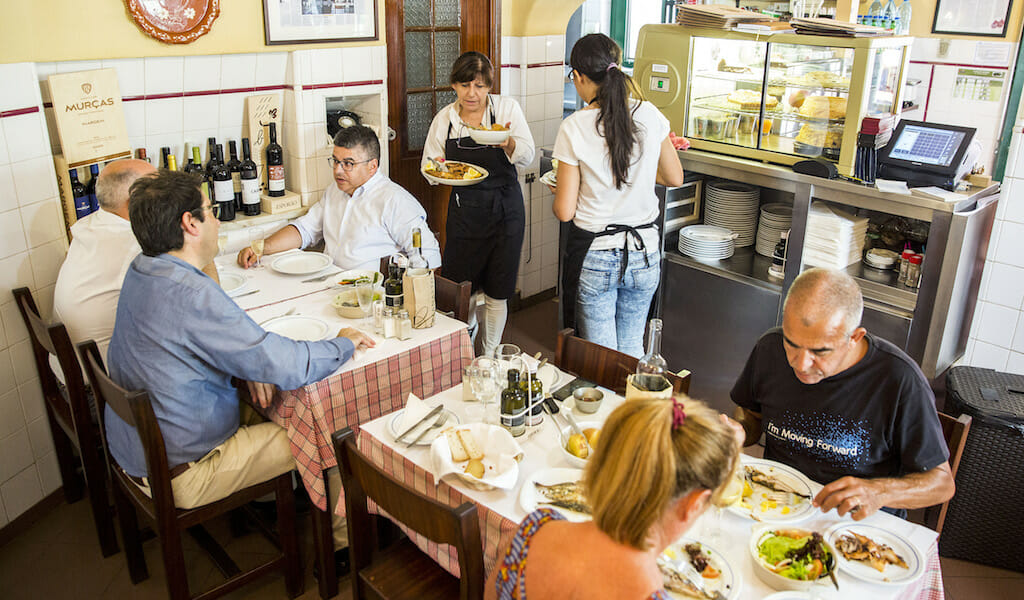 Lisbon | By Célia Pedroso
By Célia Pedroso
LisbonIn an ideal world, all fish restaurants would be like Casa Ideal, with its fresh red mullet, proper fish stews with rice, lovely staff taking care of your orders and affordable prices. Also in an ideal world, we would have visited Casa Ideal much earlier. We first heard about the restaurant, which for 40 years…
NAM 43
Via Santa Maria di Costantinopoli, 43
Tel. +39 081 1957 9545
Hours: 11am-midnight