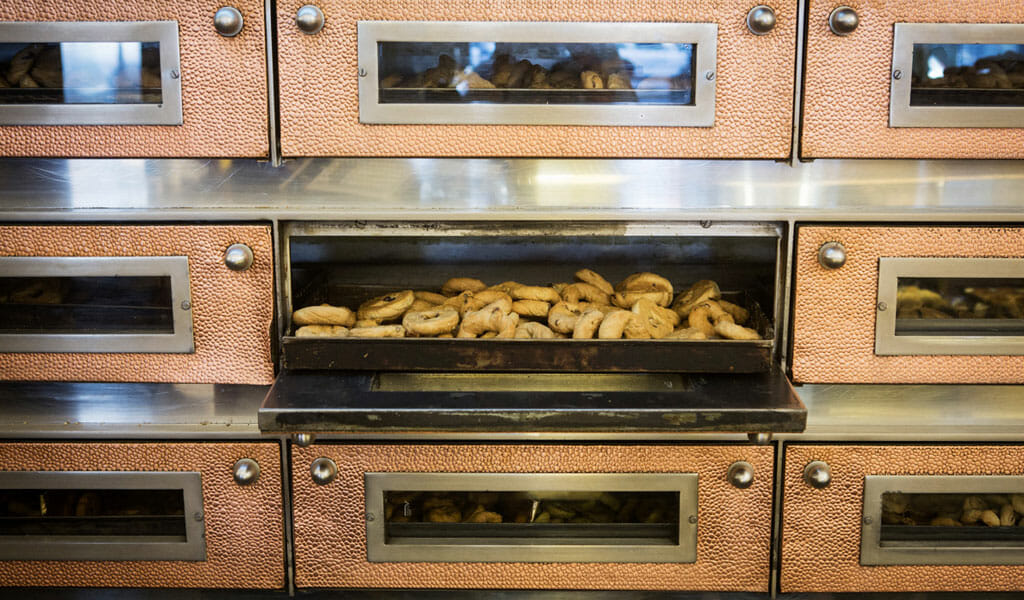 The rustic Neapolitan tarallo, made of  ‘nzogna (lard), pepper and toasted almonds, is a true delicacy. It can be considered the first popular snack in Naples, a bite that combines the punch of black pepper with the sweetness of almonds, the whole united by lard. It’s a dangerous combination for the waistline, that’s for sure.

Taralli are offered to celebrate a new home, shared with friends during soccer matches, enjoyed with one’s significant other on the rocky shore, given to guests at parties, taken aboard boats (it’s the very height of yuppiness to eat them accompanied by iced spumante while out at sea).

Until a few years ago, taralli were sold by tarallers, roving vendors who carried a basket full of taralli on their heads. The best-known tarallaro in Naples was called Fortunato, whose street cry was immortalized in the ’70s by the singer Pino Daniele: Furtunato tène ‘a rrobba bbella! ‘Nzogna, ‘nzò! 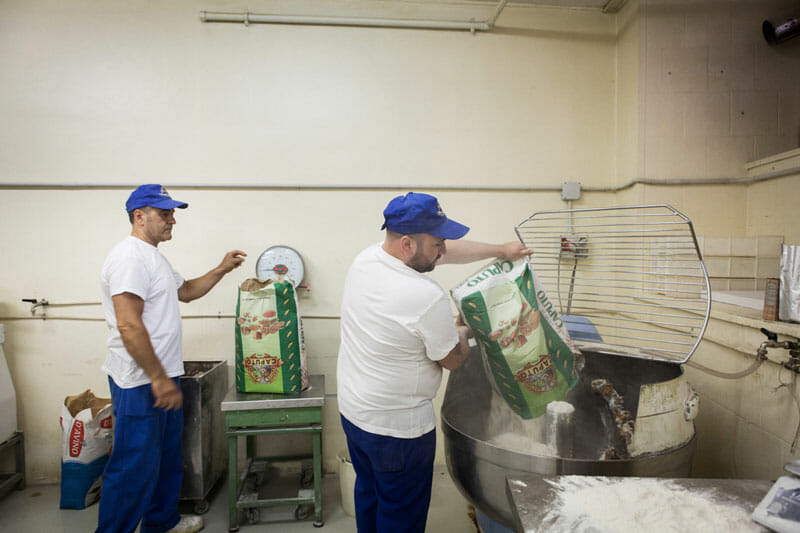 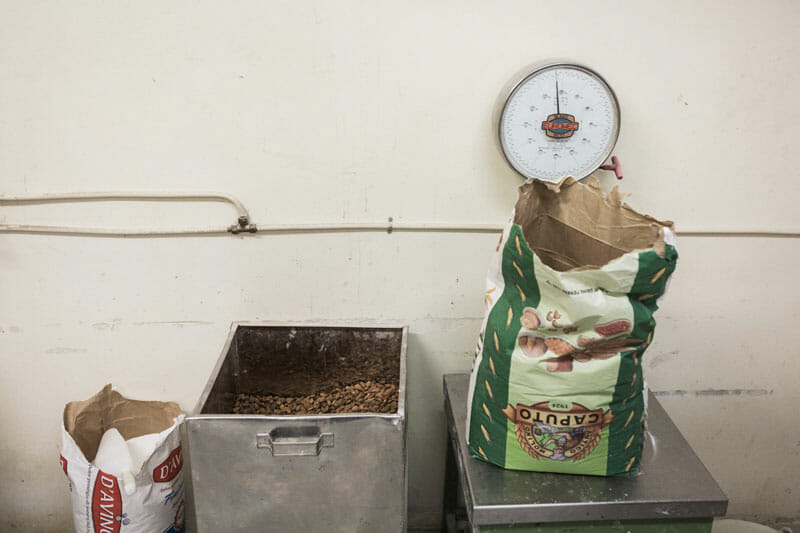 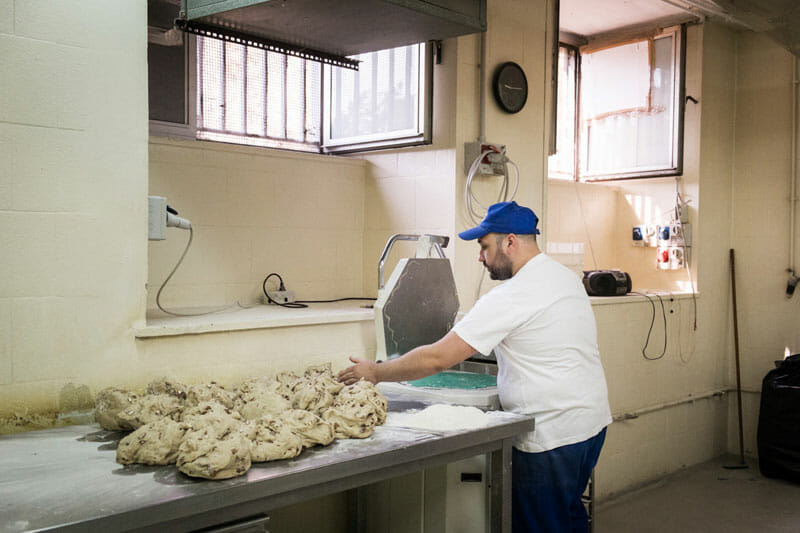 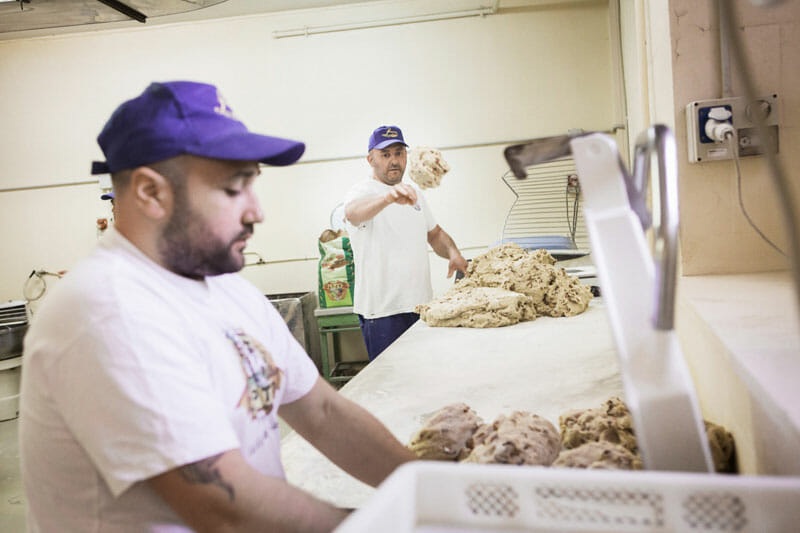 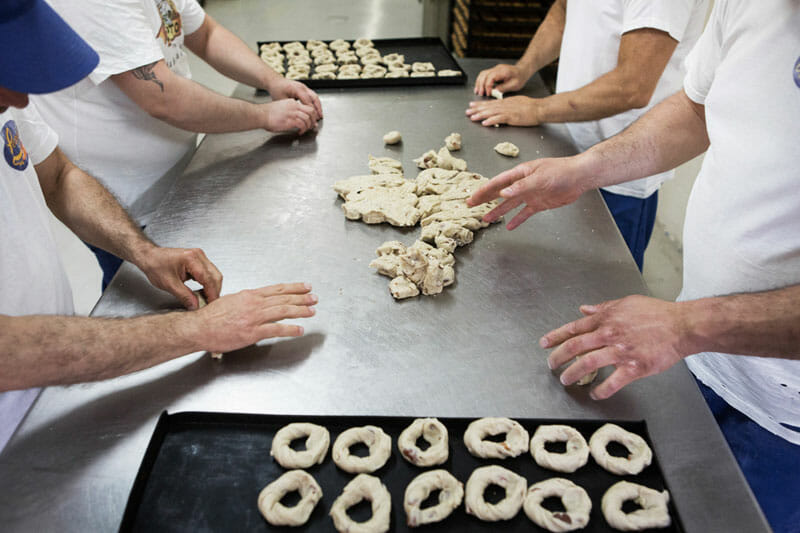 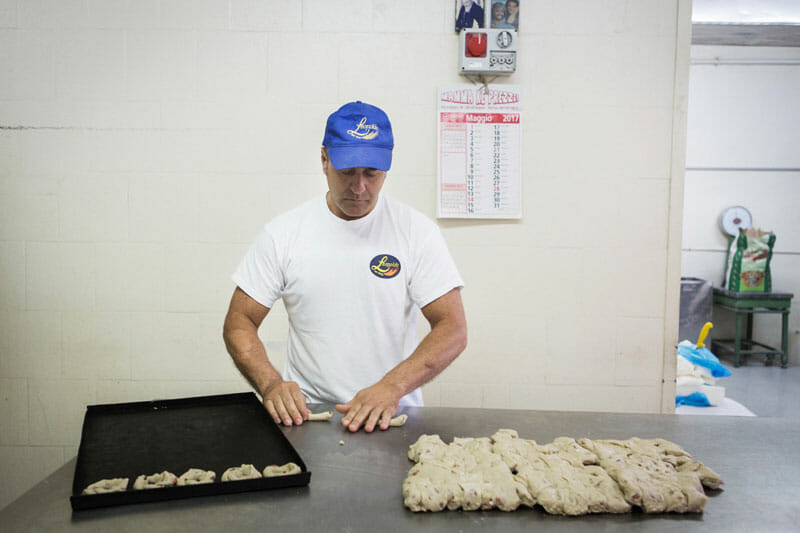 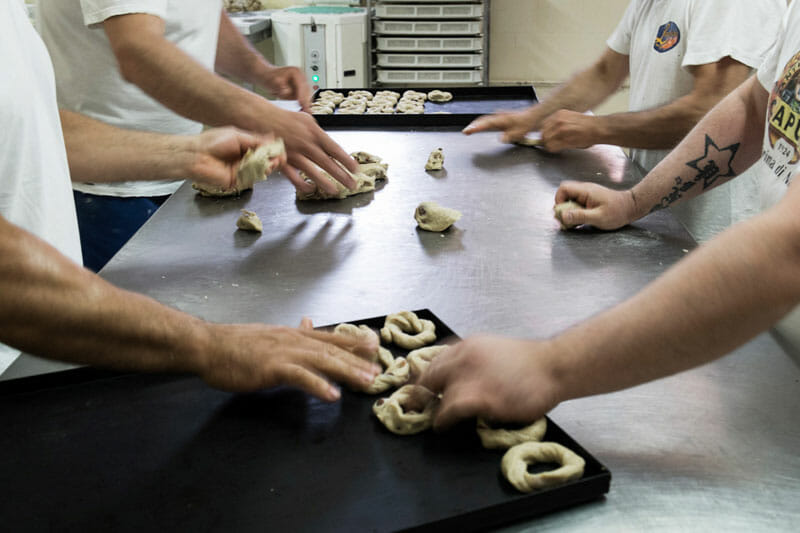 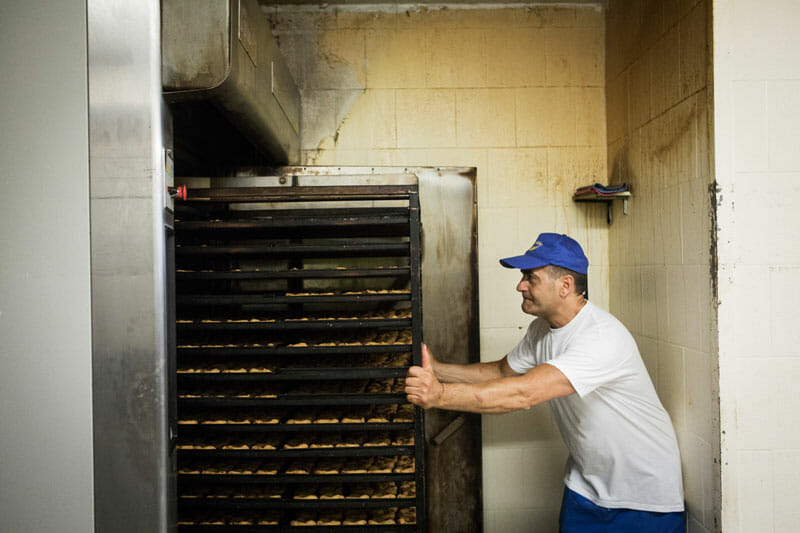 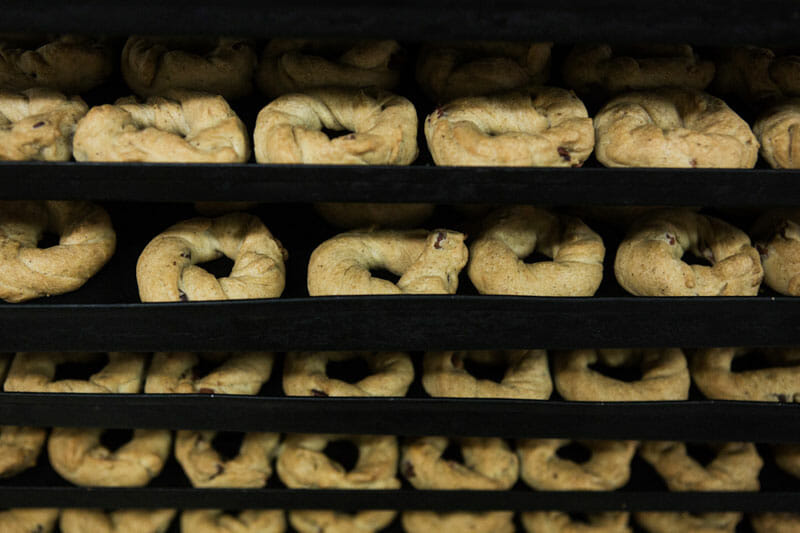 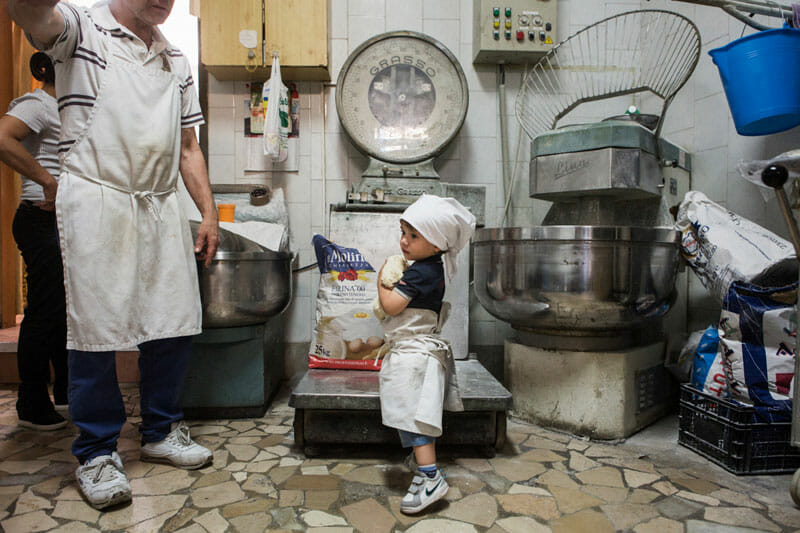 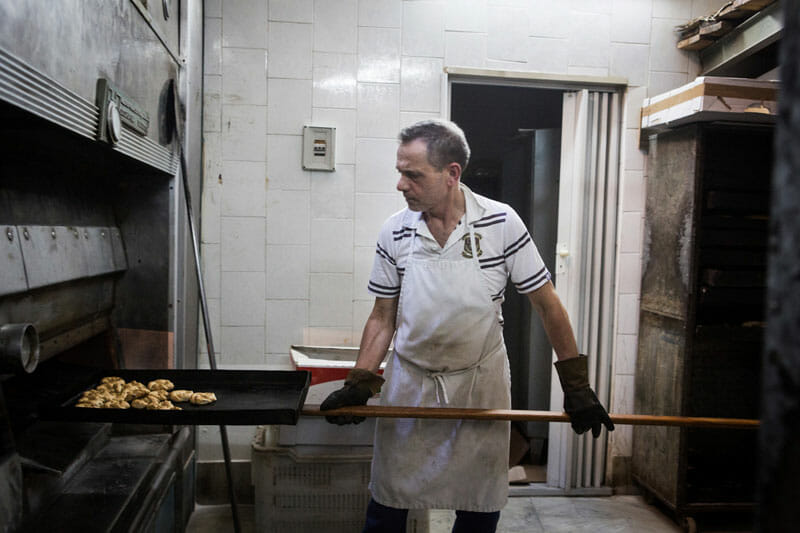 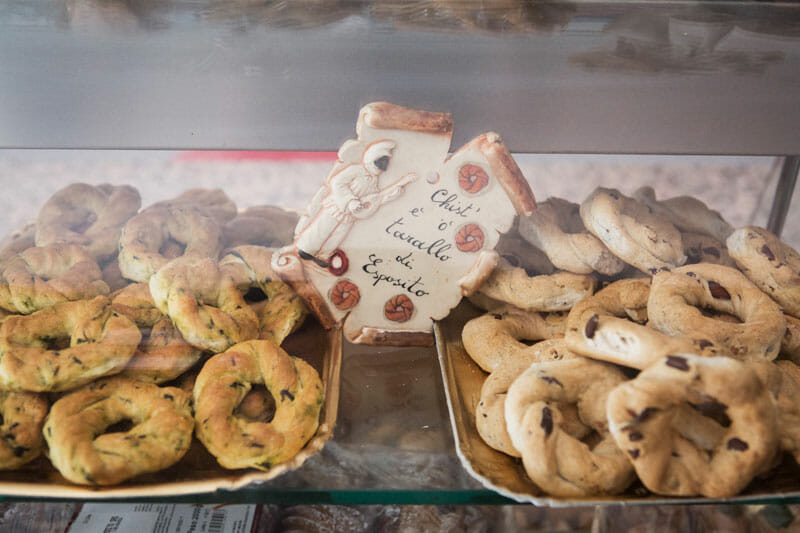 The tarallo was born in the 18th century almost by chance: it came out of reusing the small bits of dough, called sfriddo, which were left over after baking bread. To these bits, lard and pepper were added, and then at the beginning of the 19th century, taralli began to be embellished with almonds.

Taralli were once eaten dunked in sea water. These days, we would say that this is not the case, despite the improvement in the quality of the gulf waters.

It is tradition to eat hot taralli in Mergellina, along Naples’ coast. You buy taralli and beer at the kiosks on the waterfront and sit on the rocks, watch the sunset and while away the evening without a worry. 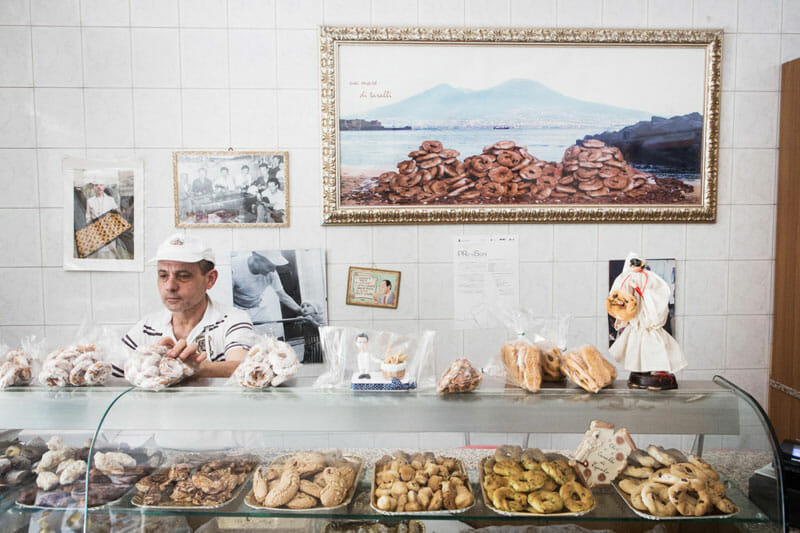 Bakeries, pastry shops, delicatessens and gourmet shops always have fresh taralli, but the temple of Neapolitan taralli is on Via Foria, in front of the Botanical Garden: the shop of Don Leopoldo Infante, tarallaro since 1940. We recommend that you go to the shop to become acquainted with this historic institution. As an alternative, we suggest going on the typical Neapolitan Sunday outing: strolling down Via Caracciolo and around Diaz Square, picking up taralli and beer to enjoy on the rocks.

Be careful, though – the tarallo can be habit-forming. As soon as you taste one, you might have to polish off the whole tray.

This article was originally published on May 26, 2017. 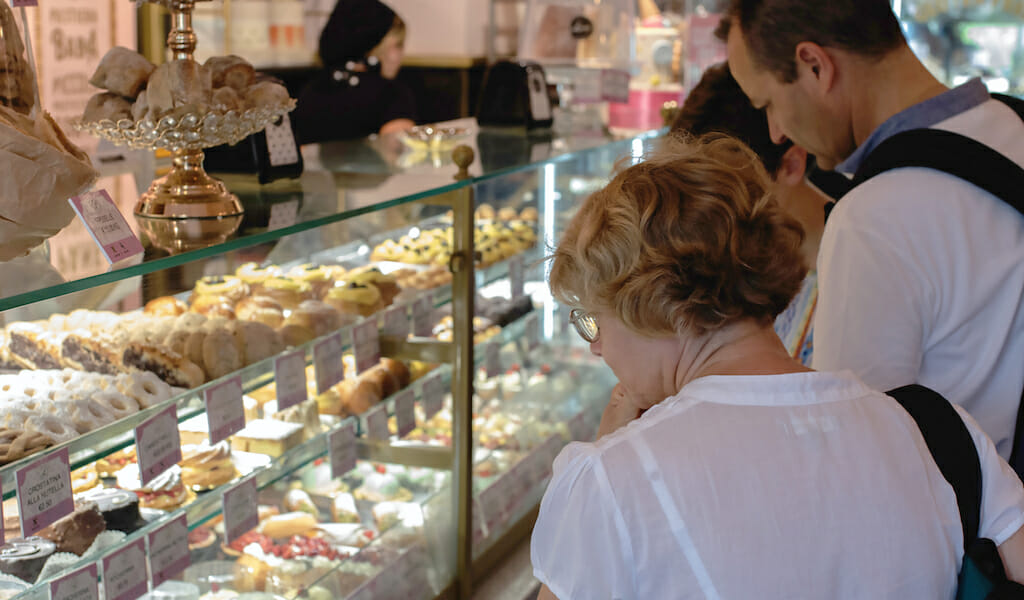 Naples | By Amedeo Colella
By Amedeo Colella
NaplesOne of the problems for travelers with celiac disease is that they often can’t taste local gastronomic specialties. This is particularly true in Naples, a city famed for its pizza and pastries, such as the mythical babà; pastiera, the queen of Neapolitan sweets; and the ancient sfogliatella. Until about 20 years ago, it was very…

Add to favorites
Taralli in Naples