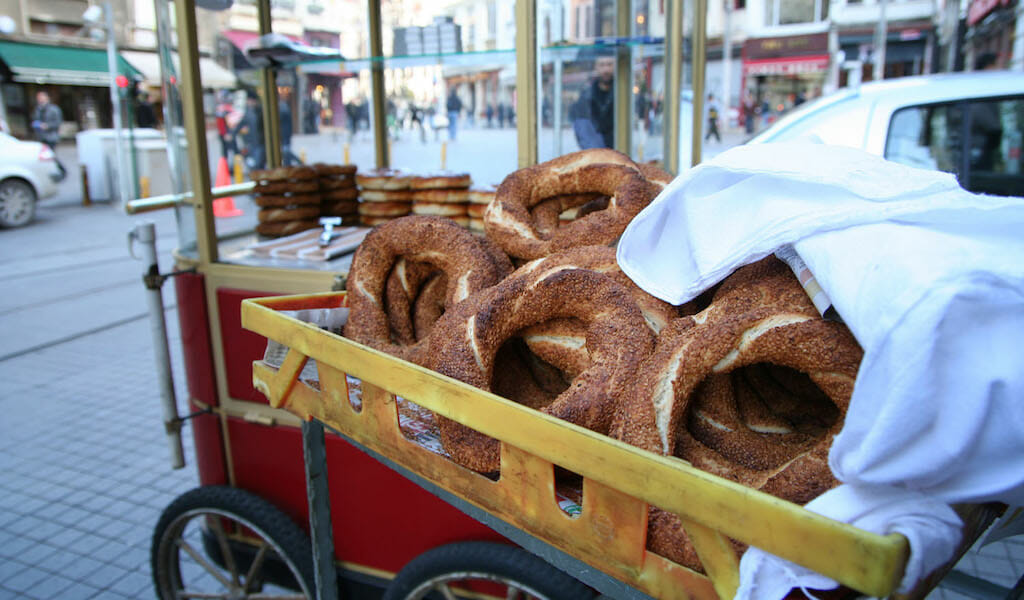 Sold by roving vendors, street carts and bakeries, spread with a triangle of soft cheese or tossed to circling seagulls from the ferry, the humble simit has become a quintessential symbol of Istanbul – and of Turkey more broadly. But there’s more to this sesame-coated bread ring that it may at first appear, as demonstrated by the reactions last autumn to a piece of unexpected news from abroad.

“Hang out the flags!” Turkish food-delivery giant Yemeksepeti tweeted exuberantly when the Oxford English Dictionary announced in October 2019 that the word “simit” had been officially added as an entry, saving future translators from having to employ awkwardly inadequate substitutes such as “Turkish bagel” when writing in English about the popular snack. Amid the general celebrating on social media, however, one group of Turks was decidedly not pleased.

“Dear OED, whatever the rest of the world says, this is not simit cuz THIS-IS-GEVREK,” one Twitter user wrote, summing up the predominant opinion in the Aegean city of İzmir, where a trade association vowed to lobby the dictionary to rectify the linguistic slight. 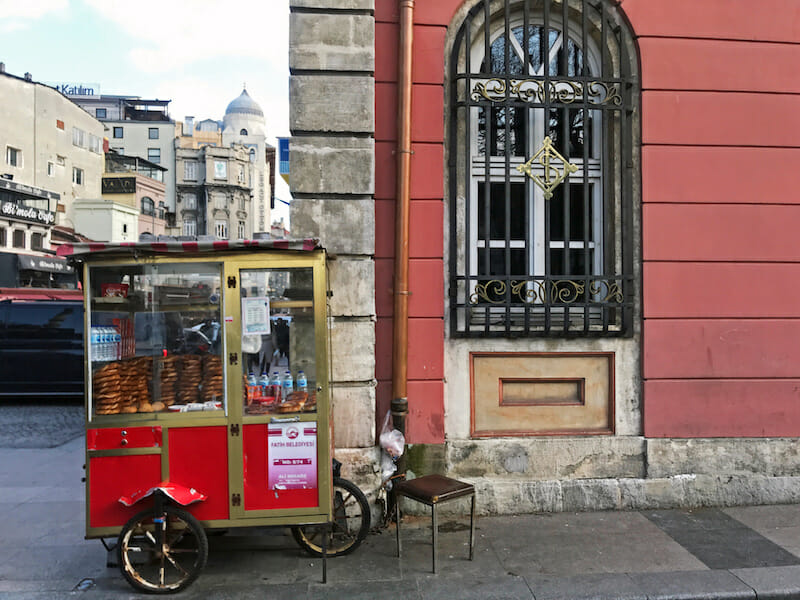 Others chimed in to sing the praises of Ankara simit, to suggest that simit – defined by the OED as “originating in Turkey” – may have European Jewish roots, or to note that it’s found in Greece and North Macedonia as well.

So does a simit by any other name taste the same? Where did this doughy snack really come from, and when did people first start baking and eating it?

As with so many other gastronomical tales in Turkey, the story of simit is intertwined with the history of migration, according to İzmir-born and based food historian Nejat Yentürk.

“The ring-shaped sesame bread made in İzmir and known as ‘gevrek’ today was introduced from Istanbul,” says Yentürk, author of the 2018 book Ayaküstü İzmir: Sokak ve Fırın Lezzetleri (İzmir On the Go: Street and Bakery Flavors).

As with so many other gastronomical tales in Turkey, the story of simit is intertwined with the history of migration

Historical accounts such as Evliya Çelebi’s famous 17th-century travelogue Seyâhatnâme attest to the existence of simit bakeries and itinerant simit sellers in Istanbul during Ottoman times. (Yentürk, though, categorically dismisses frequent claims that the street food snack originated in the Topkapı Palace kitchens.)

The basic recipe has remained the same for hundreds of years: A simple dough prepared from flour, water, yeast and salt is rolled out by hand on a marble counter into a long thin rod. After twisting the dough and combing the ends, the resulting ring is dipped in diluted molasses, covered with sesame seeds, and baked.

“Until the 1950s, there was no difference between the Istanbul simit and the İzmir gevrek,” says Yentürk. “Sesame rings in Istanbul, Ankara and İzmir were baked after being dipped in boiling molasses for a few minutes, a method that produces what we call ‘sıcak kazan simidi’ (hot cauldron simit).”

The mid-20th century saw a rapid increase in the number of people migrating to Istanbul from Anatolia, where simit was then largely unknown, altering the demographics of the city. “Over time, the Istanbul bakeries changed hands. The new owners were unfamiliar with the simit culture of Istanbul, and wanted to make simit more cheaply in order to cope with economic difficulties,” Yentürk says. “They started dipping the simit in cold diluted molasses rather than boiling them, which saved time, energy and manpower.” 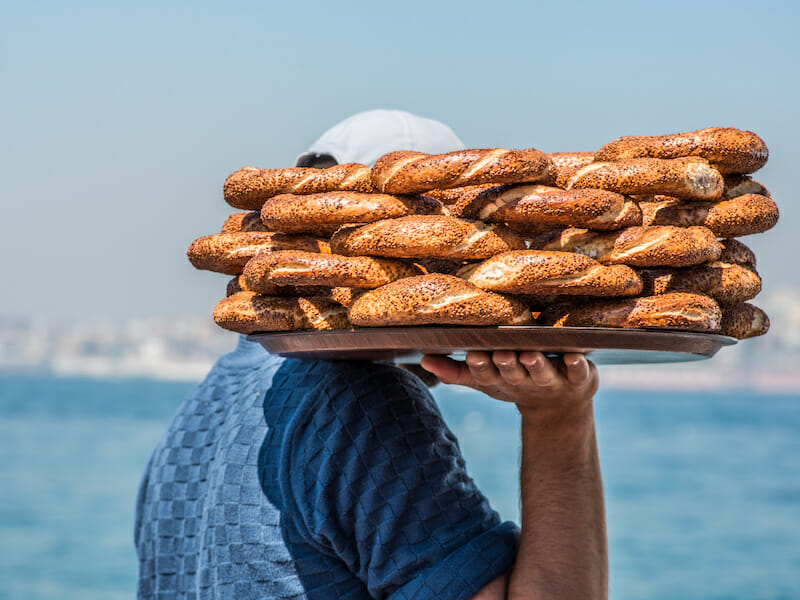 Today, Yentürk says, this “soğuk pekmezleme” (cold molasses) simit is what’s most commonly found in Istanbul, as well as in Ankara. “In other words, the İzmir bakeries did not follow a different path; they continued the old Ottoman simit tradition,” he says. “You can see the resistance of people in İzmir in their use of the name ‘gevrek’ as an expression of feeling themselves separate from Anatolia.”

That name, though, has far-flung links of its own.

“Simit is also made in the former Ottoman lands that are today the Balkan countries: In Bulgarian and Serbian, it’s called ‘gevrek’ and in Romanian, ‘covrig,’” Yentürk explains. (Greece has its own variation on the sesame-coated bread ring, called koulouri.) When Turkish and Muslim populations fled the Balkans after the Russo-Turkish War of 1877–1878 and the Balkan Wars of 1912–1913, many settled in İzmir, Yentürk says, bringing the “gevrek” moniker with them.

“Covrigi in Romania are the closest I’ve found [to simit]. They have a similar texture and a round hooped shape,” says travel and food writer Caroline Eden, author of the 2018 book Black Sea: Dispatches and Recipes Through Darkness and Light. Unlike simit, she adds, covrigi are “glazed with egg, dotted with poppy seeds, and often filled with jam.”

Simit within Turkey can vary in other ways too, though Yentürk says those differences aren’t so much from city to city as from individual baker to baker: how long the dough is left to rise, how much the molasses is diluted with water, if the ring is formed with a single or double twist, whether it’s baked in an traditional stove oven or an electric one. 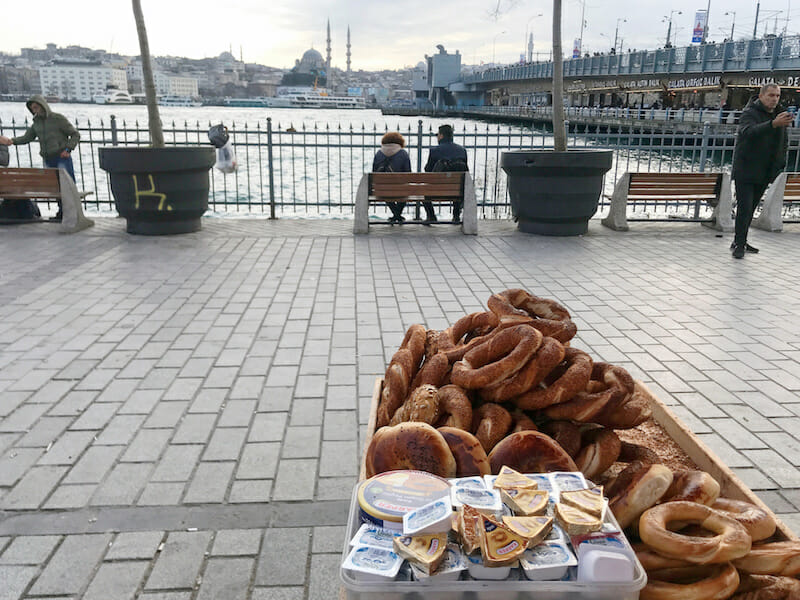 Yentürk demurs about speculating on where simit was first made and how it spread around the broader region, saying more research is required on the topic. So how did the OED decide to identify it as Turkish?

“The origin of a food item is not always essential to the definition,” says Dr. Danica Salazar, the dictionary’s World English Editor, whose team considers thousands of potential word additions each year. “But our evidence when it comes to simit has shown that English-speaking people really relate it to Turkey specifically.”

The international expansion of Turkish bakery chain Simit Sarayı to 22 countries, including locations in New York and London, may have something to do with that. The OED team’s research shows that the word simit has been known to English-speakers dating back at least to 1836, when the first verified mention popped up in a Boston-area newspaper. But its more common usage now is what earned it its spot.

“We don’t put words in the dictionary if they aren’t in use in English, if people speaking English weren’t saying that the word was valuable to them, that it represented something they want to use in everyday conversation,” says Dr. Salazar.

When it comes to using simit in 21st-century conversation, though, there’s still one thing lacking: an emoji. Fingers crossed for inclusion in Emoji 14.0… 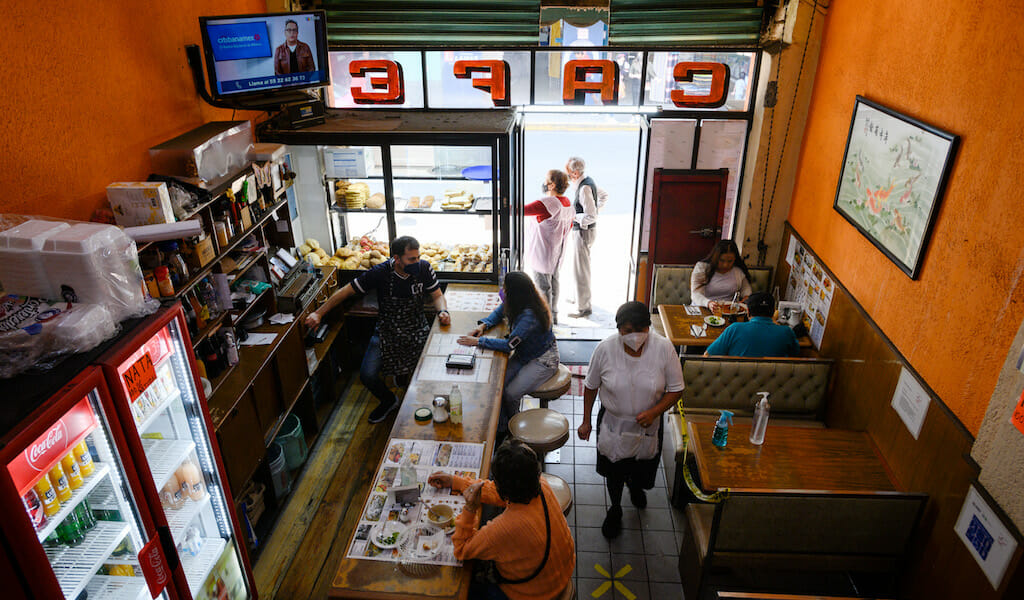 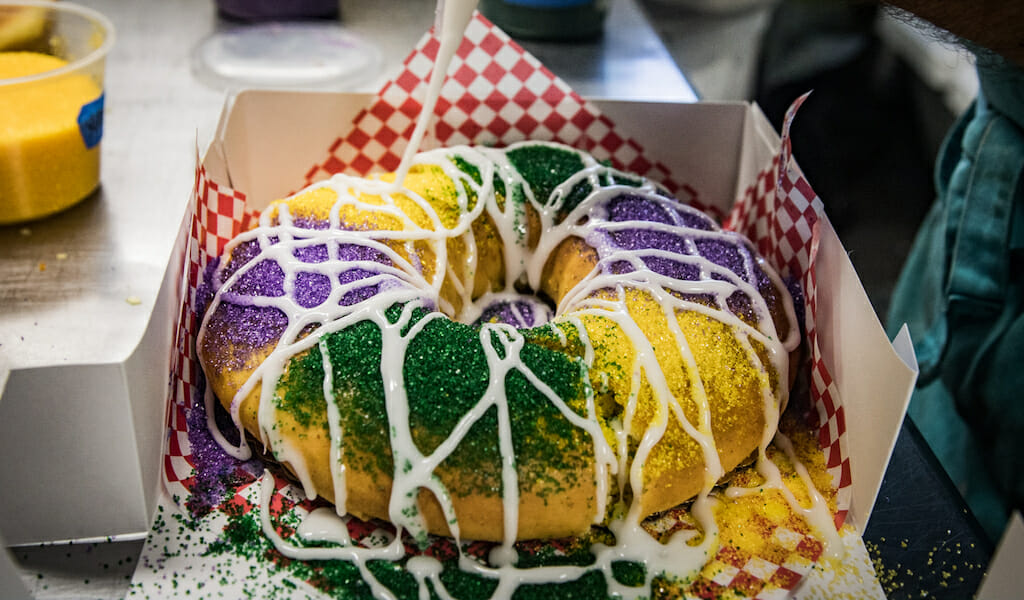 New Orleans | By Pableaux Johnson
By Pableaux Johnson
New OrleansIn the spring of 2017, the Bywater Bakery opened its doors and became something of an “instant institution.” Part casual restaurant and part impromptu community center, the cafe space hummed with perpetual activity. Deadline-racked freelancers posted up with their laptops, soon to be covered in butter-rich pastry flakes. Neighborhood regulars would crowd tables for a…