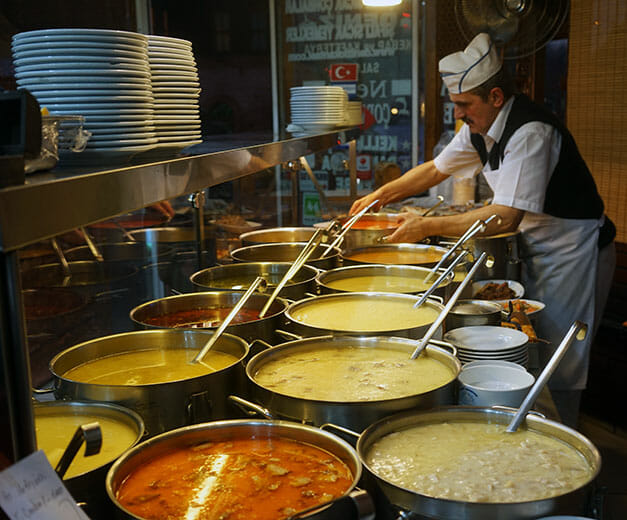 When we picked up a cab from Meşhur Unkapanı İMÇ Pilavcısı recently, it turned out the driver had just been there for a refuel himself. Sensing a captive yet interested audience, he held forth all the way to Beyoğlu about where to eat well and cheaply – without stomachaches ensuing – in Istanbul. We’re always happy to discuss the finer points of kuru fasulye (stewed beans), but this driver seemed to have a particularly deep interest in the subject. After debating the merits of various canned brands (“Yurt” brand or nothing, in case you were interested), he dived into the subject of soup.

Our cabbie wanted us to know about Deniz Lokantası in Kasımpaşa, where no fewer than 15 soups are brought out after 6 p.m. every evening, a tradition that began when the restaurant wanted to offer something to drinkers looking for a hangover helper on their way home. In fact, Deniz Lokantası subtitles itself Çorba Dünyası (“Soup World”). As fans of the Turkish habit of making everything into “worlds” (in Istanbul there’s a “Coffee World,” “Adhesive Tape World” and even a “Circumcision Ceremony World”), how could we resist?

The night we visited, one of our party was under the weather and badly in need of some chicken soup. Tavuk suyu – the Turkish take on Jewish penicillin – was immediately proffered: a medium-thick suspension of shreds of chicken breast and orzo. This, we were told, was the only non-spicy soup. Fifteen minutes later, the patient declared that life seemed possible again and promptly ordered another bowl. Someone else tried the robust düǧün çorbası (“wedding soup”), a fiery concoction of chicken, bulgur and potato chunks that, she claimed, would put most grooms, let alone brides, out of action for the night. The most potent, we were told, is the ezo gelin, the classic Turkish red lentil soup, while the most popular, the chefs claimed with a wry smile, was the kelle paça, or sheep’s head soup, a rich garlicky brew best known as Turkey’s most effective hangover cure. 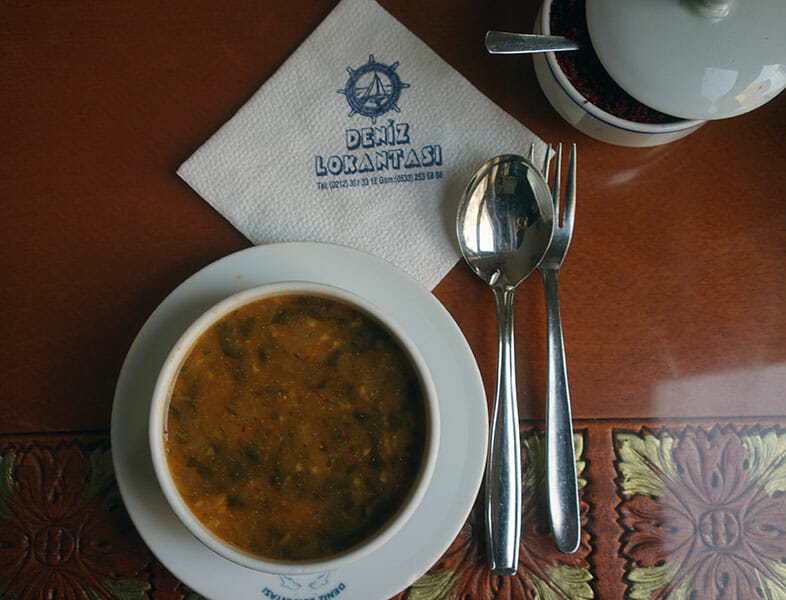 Most soup names at Deniz, such as “Gemici Çorbası” (“Sailor’s Soup,” made of salmon, mushroom and carrots), evoke simmering stories or private jokes, but the main thing is that they are all delicious and satisfying. Each soup is served with a slice of fragrant lemon to squeeze into the broth as a final sharpening touch, but the real secret here is a rich lamb stock, cooked backstage by two chefs who have been around since the restaurant opened 15 years back.

Founder Esnaf Cengiz, whose name graces the front window, died tragically a few years ago but his widow, Naciye, keeps the restaurant going and he is fondly remembered in the neighborhood, a working-class area with pockets of old wooden houses and strong naval associations because of its proximity to the Golden Horn. Although it’s not on the way to or from anywhere in particular, Deniz’s location near Kasımpaşa’s main roundabout makes it easy to find and get to. In this unpretentious soup joint, taxi drivers share tables with office workers on their way home and leather-jacketed locals out with their sons, all of whom had come for one thing: to eat comfort food in solitude and silence (save for the occasional slurp). The whole experience made us feel like time had slowed down. There was no television screen, nor piped music. To end the meal, soups are chased with a simple and equally homey dessert of stewed fruit, rice pudding or candied pumpkin.

Deniz Lokantası, which also serves kebab, stays open 24 hours a day – or rather, it “never closes,” as Cengiz’s jovial brother-in-law, who mans the cash desk, (you pay as you leave) put it. He also warned us that soup was addictive. “Once you start,” he said, “you can’t stop!” 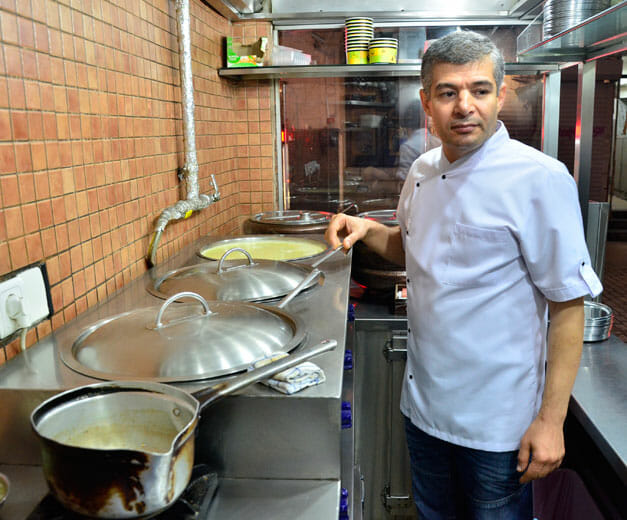 Istanbul | By Joel Zorrilla
By Joel Zorrilla
IstanbulEditor's note: It's Soup Week at Culinary Backstreets, and to kick things off, our Istanbul correspondent takes us to an eatery in Beyoğlu whose hearty broths refuel late-night revelers and daytime workers alike. Most of Murat Kelle Paça’s clientele stumble in between 1 and 5 o’clock in the morning, after a boisterous night of drinking, concert-going… 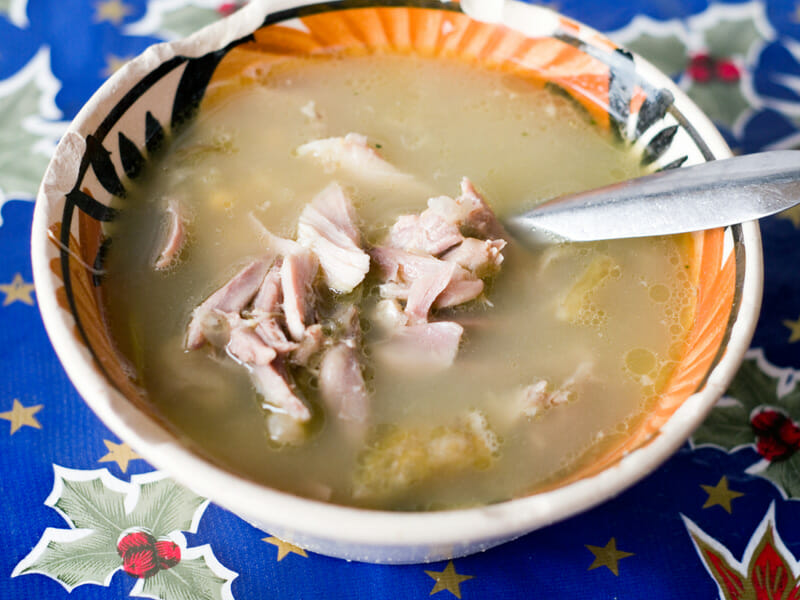 Mexico City | By Ben Herrera
By Ben Herrera
Mexico CityCaldos de Gallina Luis – which a friend had been raving about to us for months before we finally made it there – is essentially a street food stand that has been trussed up to look more like a sidewalk café. Just a short walk from the Insurgentes metro stop, the venue is located on… 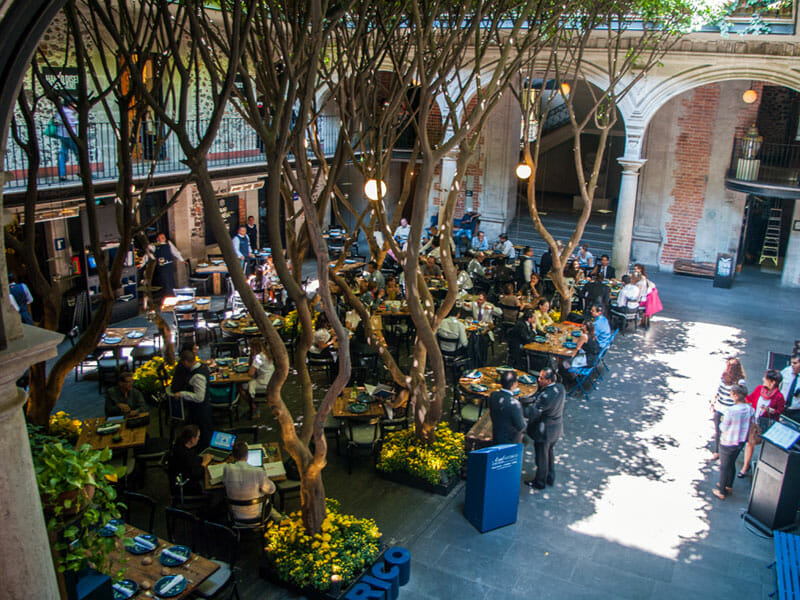