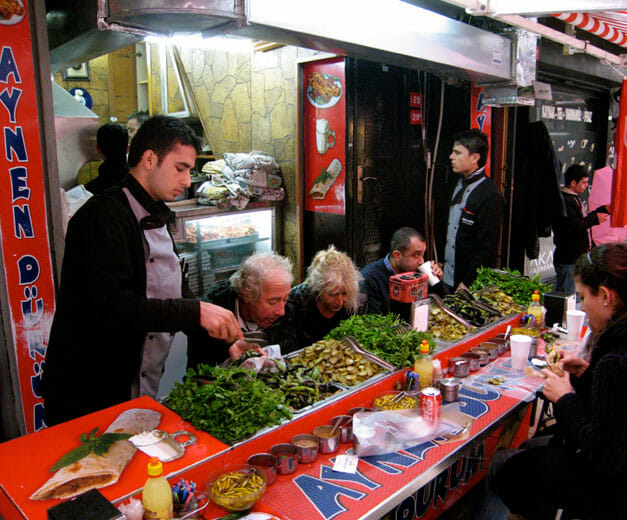 As we’ve written here before, if you do a little rooting around, the Grand Bazaar can be as much about the food as it is about the shopping. Case in point: Aynen Dürüm, a microscopic kebab shack at the edge of the sprawling bazaar that serves exceptionally good wraps (or, as they’re called in Turkish, dürüm).

We first noticed Aynen several years ago on our way into the bazaar, struck by the feeding frenzy we saw at the tiny restaurant, located near the Grand Bazaar’s “currency exchange,” which turns out to be a small alley filled with men shouting out “buy” and “sell” orders.

Dining in Turkey tends to be a genteel affair, even at the humblest kebab restaurants, but there was something different going on at this place. First, there’s the competitive eating contest-like setup – a double-sided outdoor counter with about 10 stools around it and a trough in the middle that holds containers overflowing with grilled peppers, sliced pickles and sprigs of parsley. Then there’s the eaters themselves – usually a crowd of hungry Bazaar locals chowing down with a kind of reckless abandon rarely seen in other places around town.

Aynen’s tiny interior, meanwhile, is taken up by a charcoal grill and İsmail, the joint’s grill master, who has been fanning the flames here for the last 10 years. The no-nonsense İsmail takes the wrap business seriously, letting his customers choose between two different kinds of lavaş (the flatbread used to make a dürüm): the traditional thin variety and a thicker, chewier version. İsmail clearly sets the bar high for himself. His restaurant’s tagline? “The Motherland of Kebab.”

On a recent visit, we found some space at Aynen’s counter and got started by helping ourselves to some pickles and peppers from the big piles in the trough in front of us. We ordered an Adana kebab dürüm and one made with lamb (kuzu) shish kebab, leaving the question of what kind of lavaş to use as the griller’s choice. Our wraps arrived within minutes, both stuffed with a mixture of tomato and parsley along with the perfectly grilled meat. The Adana had a wonderful balance of meat, fat and spice, while the small morsels of tender lamb we found inside the second wrap were so tasty that we soon found ourselves joining the crowd and stuffing our faces with little regard for decorum.

Appearances aside, though, Aynen Dürüm turns out to be a classy joint. Other dürüm spots around town serve their wraps inside an inelegant plastic sleeve, used to catch any dripping grease, usually the result of a liberal use of fat. Aynen defiantly – even provocatively – serves theirs without the plastic bag, confident that you can get up from eating their top-notch dürüm without finding any grease stains on your pants.

Although you may be eating at their trough, it appears the folks at Aynen don’t want you to get messy. 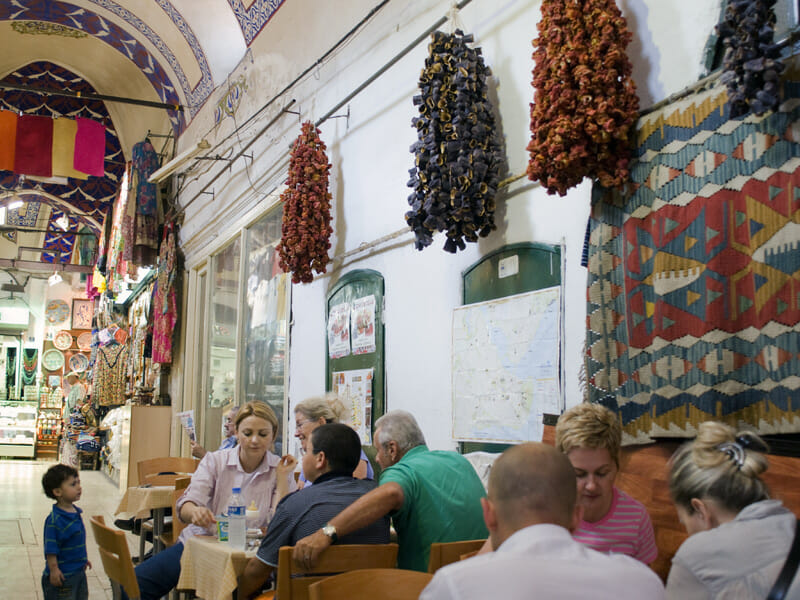 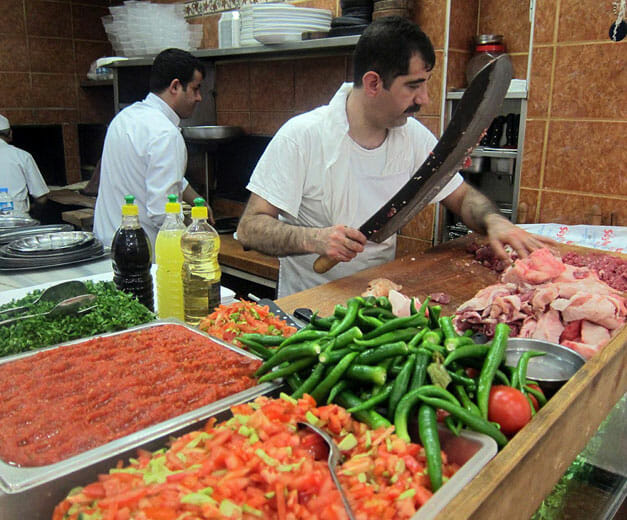 Istanbul | By Istanbul Eats
By Istanbul Eats
IstanbulEditor’s note: To give 2015 a proper send-off, we’re taking a look back at all our favorite eating experiences this year. Hamo’nun Yeri The nohut dürüm, a simple wrap of mashed chickpeas, peppers, parsley and spices, may be a popular breakfast choice in certain districts of the southeastern province of Gaziantep, but we'll eat it…
Aynen Dürüm
Muhafazacılar Sokak 33, Grand Bazaar
Tel. +90 212 527 4728
Hours: 7am-6pm