Where to Find Real Turkish Delight in Istanbul | Culinary Backstreets 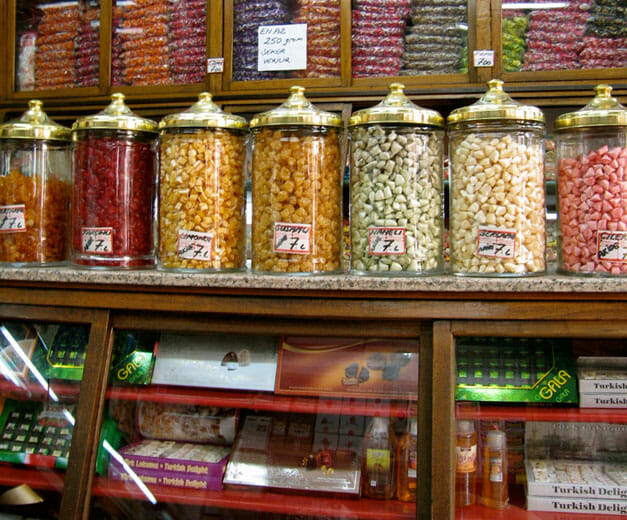 Just up the Golden Horn from the Egyptian Spice Bazaar is Küçük Pazarı, a rarely explored warren of market streets and Ottoman-era caravanserais that are home to scissors sharpeners, saddle shops, vendors selling axle grease (by the vat) and purveyors of axes. From this potpourri of run-down yet extremely photogenic shops, one storefront, decorated with candy canes and Turkish delight, beckons from a distance like a foodie mirage. Welcome to Altan Şekerleme – or, better yet, Candyland.

At the airport, Turkish delight, or lokum, may be sold in neat, vacuum-sealed boxes, but in the front window at Altan Şekerleme it is stacked in psychedelic pyramids, laid out into long white rows that are impossibly pink or deep amber on the inside, and even built into little Technicolor log cabins. Feast your eyes on this dreamy sugar-dusted world for a while and prime yourself for the stimulation of the senses that awaits inside.

With its aged, marble-topped counters and worn wooden cabinets, the shop bears a nostalgic patina strangely absent in this ancient city. Unlike so many places that make sad attempts at recreating “Old Istanbul,” Altan is an effortless standard-bearer of late-Ottoman authenticity. That’s probably because the same family has been running this operation in the same shop for four generations. “How could I change these counters? My grandfather built them himself,” says Hakan Altanoğlu, whose octogenarian father, Abdullah, now owns the shop. The secret recipes, the store, the production floor upstairs and all its trappings have passed from father to son since the Altanoğlu family opened shop in 1865.

“For us, this is not just a candy business. It’s a family tradition, and an Ottoman tradition we are working at,” says Abdullah Altanoğlu from behind the counter. So don’t come this way looking for a bag of gummy bears or any Pop Rocks, or Grandpa behind the counter might have a heart attack. This is a place for traditional, artisanal Turkish candies, with a primary focus on sweet, pliant squares of Turkish delight and glowing jewels of akide, Turkish rock candy.

From the lokum selection, the perfumed gül (rosewater) Turkish delight is an almost sensual experience, right up there with a first kiss. Meanwhile, the sakızlı, or mastic-flavored lokum, is interesting as a novelty, but is not our favorite. However, the fındıklı lokum, filled with hazelnuts, is a real show-stopper. The sublime, almost gummy confection surrounding the crunchy nut core would win over even the most committed chocoholic.

If lokum doesn’t interest you, Altan also prides itself on its tahin helvası, a sweet paste of crushed sesame seeds studded with pine nuts. They also make a wide variety of akide, which sit in handsome glass jars on the countertop. The bright red akide flavored with cinnamon, or tarçın, has a clean, spicy flavor, prompting flashbacks of Grandma’s candy dishes.

A visit to Altan is as close as one can come to visiting a shrine dedicated to the granddaddy of the gumdrop. And as surely as the Altanoğlu family will pass on the keys to another generation to guard its centuries-old secrets, their sweet, sugar-dusted lokum will remain not only a Turkish but – we hope and pray – a global delight.

This story was originally published on December 31, 2012 and has been updated to include a video. 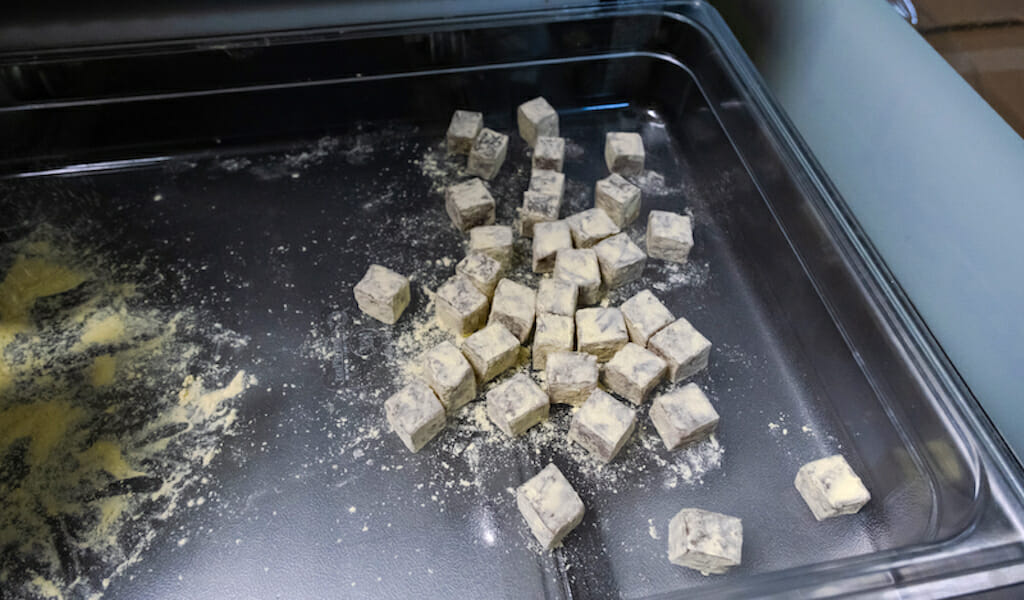 Marsel Delights: For the Love of Lokum

Istanbul | By Michael Butterworth
By Michael Butterworth
IstanbulFrom syrup-drenched baklava to creamy milk puddings, Turkey has no shortage of sweet treats. But perhaps none have intrigued foreign visitors to Turkey as much as Turkish delight. Lokum is famous in the English-speaking world as the enchanted confection that entices Edmund to join the White Witch in The Lion, the Witch, and the Wardrobe,… 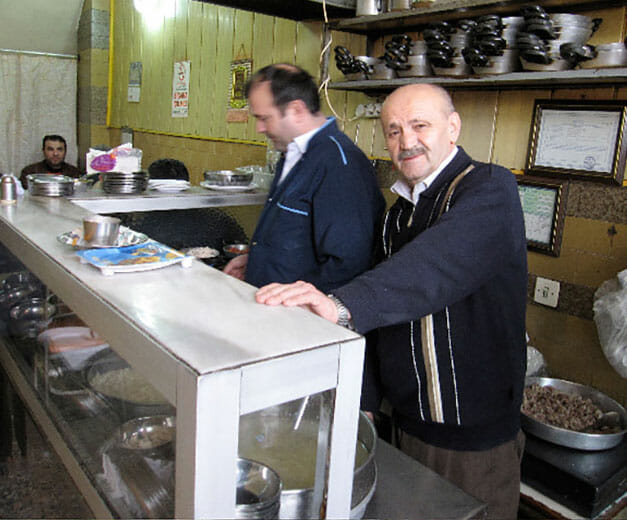 Istanbul | By Istanbul Eats
By Istanbul Eats
IstanbulAli Bey, the owner of a cubby-sized restaurant in Küçük Pazarı called Kısmet, sounded a bit like Bubba Gump listing the items on his menu: “We've got chicken soup, fried chicken gizzards, shredded chicken breast, dark chicken meat too, chicken and rice, chicken with onions and peppers, and chicken breast pudding for something sweet.” There…