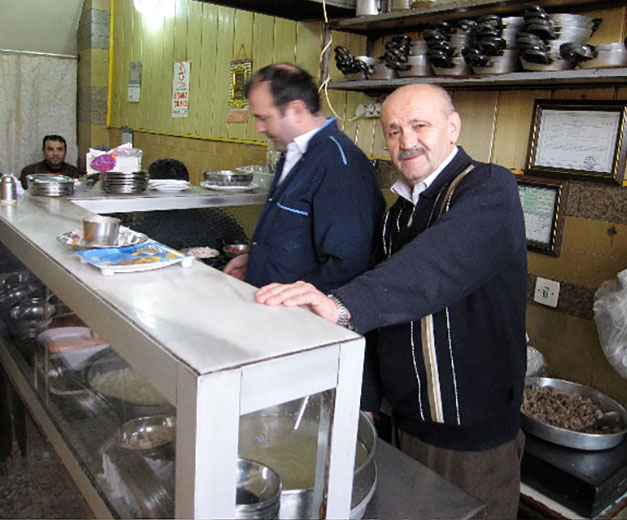 Ali Bey, the owner of a cubby-sized restaurant in Küçük Pazarı called Kısmet, sounded a bit like Bubba Gump listing the items on his menu: “We’ve got chicken soup, fried chicken gizzards, shredded chicken breast, dark chicken meat too, chicken and rice, chicken with onions and peppers, and chicken breast pudding for something sweet.” There were other items on the menu, such as baked beans and scrambled eggs, but Ali Bey was clearly pushing the chicken.

Considering the type of restaurant we were in – a pudding shop – the menu’s concept became clear. Any self-respecting Turkish pudding man must serve tavuk göğsü – a pudding made out of chicken breast and milk – first and foremost. A man after our own heart, Ali Bey seems to have worked backward from dessert, filling in the rest of the menu with what was left over after the chicken’s breasts were rendered into pudding. After all, there is a lot more to a chicken than the breast, and here we found a wide and economical offering of everything but the beaks, feathers and feet.

Though immediately drawn to the cornerstone poultry pudding, we restrained ourselves and started with the soup. In Turkish, one does not “eat” soup; soup is “drunk” – an homage to the stock, presumably. And at Kısmet the stock is superior – simple thin chicken broth, devoid of any thickening agents, flavor spikes or, really, anything at all. This is down-to-the-bone, pure chicken soup – the soft shreds of chicken and thin noodles are merely the icing on the cake.

As a main course, the gizzards, taşlık, came sizzling in a skillet with chopped peppers and tomatoes looking like a classic menemen, with thin slices of rich, dark meat in place of the eggs.

The defining moment of the meal materialized with the presentation of Ali Bey’s chicken breast pudding. Beside the plate of thick, white pudding the waiter set a shaker of cinnamon. We take our pudding neat, however, and Ali Bey seemed to approve, watching from his post behind the counter. Unlike other fibrous chicken breast puddings around town, this one was remarkably smooth and akin to a fine rice pudding in flavor.

After giving us change back for a 10 TL for the bill, Ali Bey asked if we had enjoyed the pudding.

“Of course,” we replied, meeting eyes with a man who, like us, plans a meal around dessert. 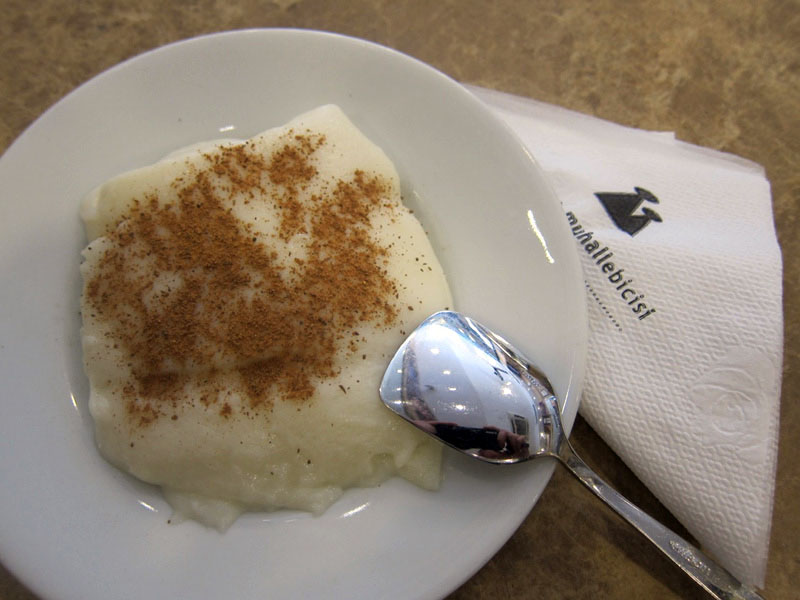 Istanbul | By Istanbul Eats
By Istanbul Eats
IstanbulIn the world of chicken breast pudding (a traditional Turkish dessert made with thickened milk and thin strands of poached poultry), elasticity is the quality that the confection is judged upon above all else. Tucking into a real tavuk göğsü requires full concentration, a good bit of dexterity and the proper tool. A special spoon… 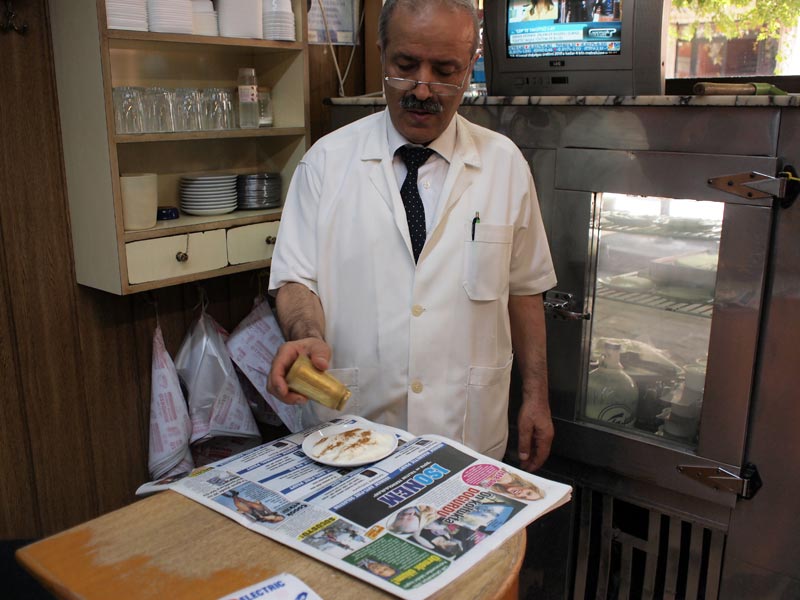