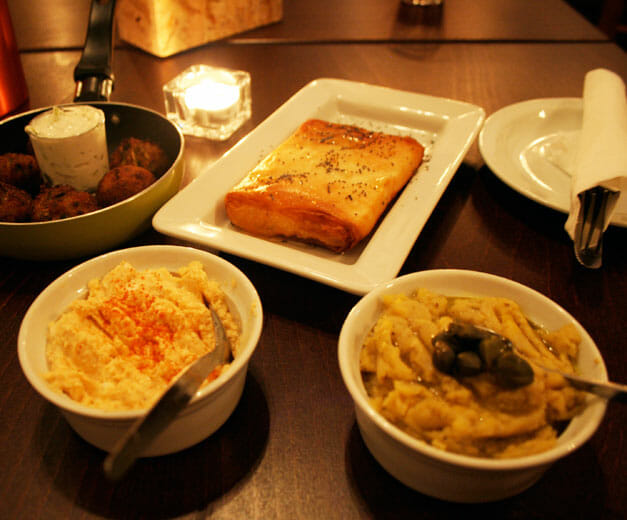 Nicosia’s Old Town grabs your senses in many different ways. You still enter it through 16th-century Venetian walls. Wander its narrow streets and you’ll see architectural shadows of the Ottoman, French and British regimes that have ruled Cyprus over the past 500 years. Turn a random corner and you’ll hit a fierce-looking razor wire and oil drum barrier with an overgrown and abandoned buffer zone beyond, reminding you that this is Europe’s last divided capital, in stasis since 1974, when a short-lived coup aimed at uniting the island with Greece sparked a Turkish invasion of the northern third of the island.

Listen to the call to prayer drifting over from the Selimiye Mosque in Lefkoşa, as the slice of the city in the breakaway Turkish Republic of Northern Cyprus is called, and the Orthodox chanting from the Faneromeni Church on the Greek-Cypriot side. At the height of summer, when you’re dizzy from the sweltering heat, it can be hard to tell the difference.

As little as a decade ago, the Old Town was all but a ghost town. Greek Cypriots still shunned a neighborhood that reminded them of the invasion and division, and tourists came only for a day trip and a plate of tired souvlaki and previously frozen chips.

But the mood is changing. Cypriot President Nicos Anastasiades and the new, moderate leader in the north, Mustafa Akıncı, are close to agreeing on some form of reconciliation. As a sense of optimism takes hold, the Old Town is beginning to thrive again and restaurants challenging the traditional set meze and showcasing Cyprus’s amazing fresh produce are springing up. 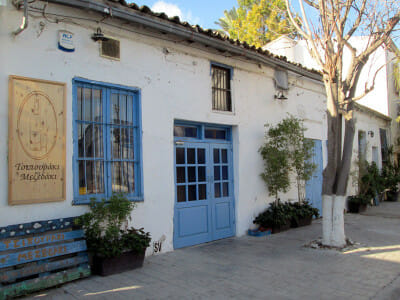 One of our favorites is Tsipouraki Mezedaki, which is serving up a light and modern take on old-style mezes, with well-spiced vegetable and fish dishes alongside the traditional pork and sausage. Its 32-year-old owner, Katerina Sofroniou, lost her job as a coach for the national under-14 girls’ basketball team after the 2013 financial crisis that almost destroyed Cyprus’s banking system. Inspired by the bars serving small plates and drinks in Thessaloniki, Greece, where she had studied, Sofroniou secured herself a European Union young person’s start-up grant, found a picturesque old house a few steps from the best-preserved part of the old walls, the Famagusta Gate, and opened in May 2014.

The blue and white taverna has its original arches inside and the walls are decorated with quirky Cypriot artifacts. There’s room for a few tables on the pavement outside in summer and live music most nights.

The food is fantastic – little plates of perfectly done Cypriot staples like octopus marinated in red wine, the herby pork sausages wrapped in caul fat called sheftalia, mushrooms cooked in sweet Commandaria wine, and juicy and well-seasoned souvlaki. But alongside these traditional favorites you’ll also find Greek-inspired imports, including a silky white bean purée with garlic and fine local olive oil; cumin-spiked pumpkin or zucchini balls with a zingy yogurt sauce; and a flaky cod fillet with skordalia, or garlic crushed potatoes. To accompany everything there are flawless hand-cut fried potatoes – crispy on the outside and soft within – dusted with wild oregano, and thin, garlicky flatbread.

The menu changes according to the season, and the Greek chef has just added more specialties from his homeland, including mussels stuffed with rice and spetsofai – sausages with green and red peppers and red sauce. To drink, there’s wine from Paphos in the south of the island and, of course, tsipouro, the strong Greek spirit from which Tsipouraki Mezedaki takes its name.

“I realized that in Cyprus we don’t do these small plates to have with drinks; you go to a taverna, and you have to eat the standard big mezes, so I thought I’d open a place doing things differently,” said Sofroniou, who greets everyone with a huge smile and tries to accommodate even those who have booked for four and turn up as eight.

Cypriot meze can be a gut-busting affair running to over 20 dishes. 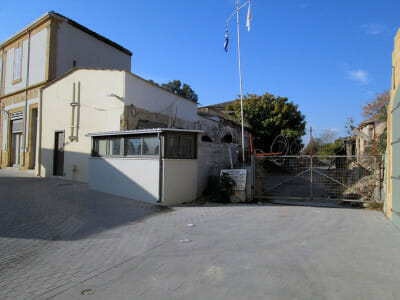 You order a fish or meat version; there’s no mixing. After you’ve had the dips and fried halloumi cheese, most of the dishes come with fried potatoes, and there might even be a plate of ravioli stuffed with soft white cheese and mint. That tradition made it hard for locals to get to grips with the lighter menu on offer at Tsipouro Mezedaki. Most regulars are still foreigners who live in Nicosia, and after a few months the restaurant added a pared-down version of the traditional meze.

But things are changing. Sofroniou told a story about an older Cypriot man who brought a group of his friends to the restaurant. He was horrified when he read the menu and declared that they’d all be hungry, so she told him the meal would be free if they didn’t feel full at the end of it.

“He paid and now he’s a regular customer,” she said. 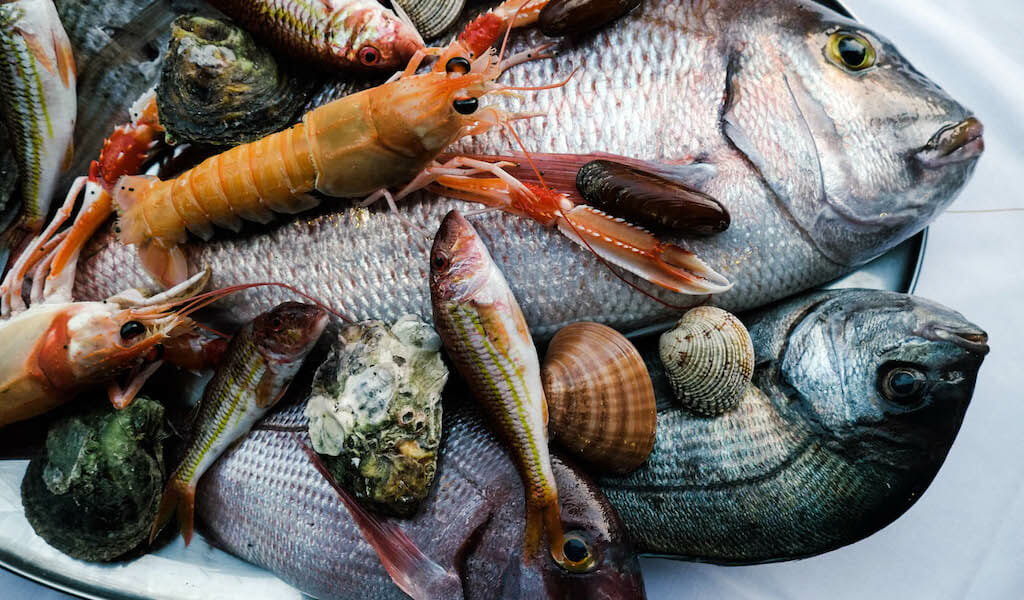 Athens | By Carolina Doriti
By Carolina Doriti
AthensFor many of us in Athens (and beyond), the Covid-19 lockdown has been among the most challenging periods in recent history. The situation bred feelings of insecurity, raised lots of questions, many unanswerable, tried our patience and, perhaps most importantly, taught us that absolutely nothing can be taken for granted. On the flip side, some… 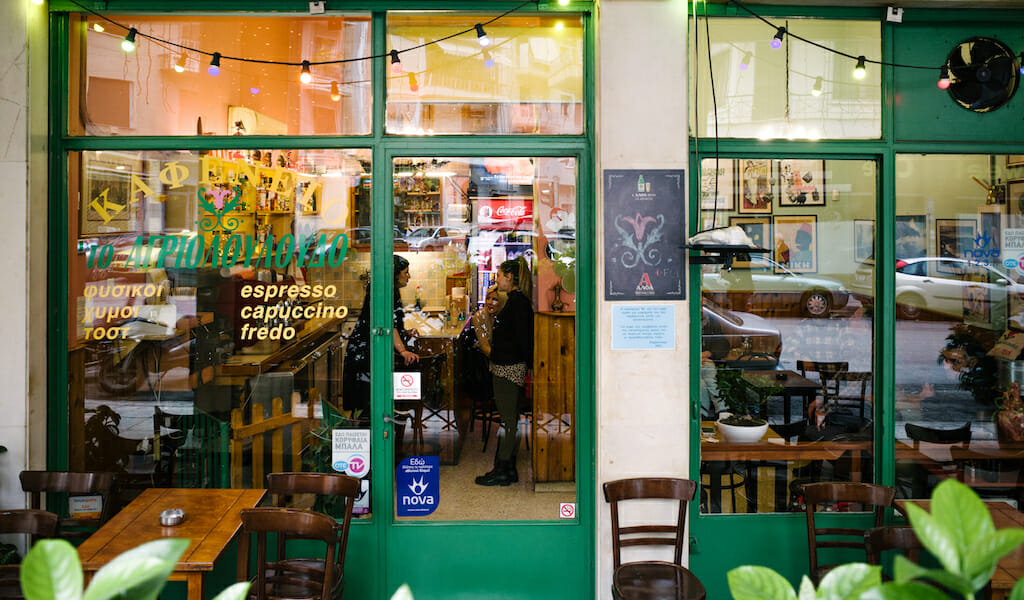 Agriolouloudo: A Coffee House For All

Athens | By Johanna Dimopoulos
By Johanna Dimopoulos
AthensIntroduced during Ottoman times, the kafeneion – the old-fashioned kind of coffee house – has long been a fixture in Greece. By 1860, Athens already had more than 100 establishments that were serving what has been called both Greek coffee and Turkish coffee (name debates aside, we can all agree that it’s more or less…