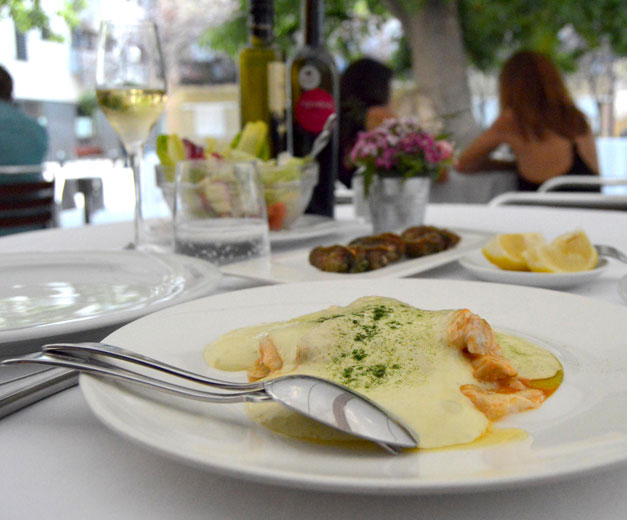 Anchoring one end of Poblenou’s quiet and lovely Prim Square, Els Pescadors sits surrounded by the white houses that once belonged to the fishermen for which it’s named. The old tavern opened in 1848, and through the 19th century, it was frequented by those fishermen, as well as workers from the numerous textile factories in the area. The factory workers earned a little extra by fishing along the nearby beaches.

The years were not that kind to Els Pescadors, but then in 1980, Josep María Maulini and his wife, Toia Durán, took over, intent on restoring the tavern to its former glory. They removed the TV and the “El Millón” gambling machine from the dining room and started serving drinks and a little food in the evenings. In 1990, they refurbished everything, adding more rooms onto the original space and creating the restaurant as it is today, complete with an elegant, expansive terrace facing three stately ombú trees. 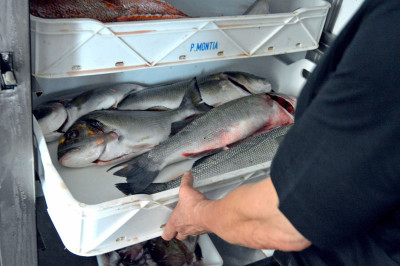 Durán and Maulini serve traditional Catalan seafood preparations, with all the Andalusian, Basque and Galician influences inherent in that cuisine. (Many fishermen came – and still come – from those coastal areas to work in Catalonia.) In addition to classic suquets (fish soups), cod and shellfish dishes, the menu also offers meat and rice options. Everything is made with the utmost care, with extraordinary attention paid to the quality, flavor and provenance of the ingredients the kitchen uses. The cooking style is clean, direct and unembellished – the better to let the ingredients speak for themselves. Virtually everything is made fresh and to order. To make that possible, Maulini and Durán maintain a large kitchen spread over two floors and employ 13 people, with Rafa Medrán as head chef.

On a recent visit, we ate some caixetas (“little boxes”), local shellfish that are like something in between mussels and barnacles. They were full-flavored and very firm, a bit sweeter than expected and perfect just as they were, served warm and unadorned. We also enjoyed the Basque delicacy of kokotxas, soft, creamy and very juicy cod cheeks, which came with some green beans and chopped leeks enrobed in a foamy pil pil sauce. But our favorite may very well have been the suquet, whose name means “juice.” This Catalan fish soup was traditionally served in taverns or on boats as a communal meal. Fish heads and bones are used to make the broth, to which are added meatier chunks of fish, as in French bouillabaisse. This restaurant’s exquisite version of suquet included Catalan buffet negre potatoes and a concentrated soup of fish and vegetables with a succulent piece of escórpora, red scorpion fish. 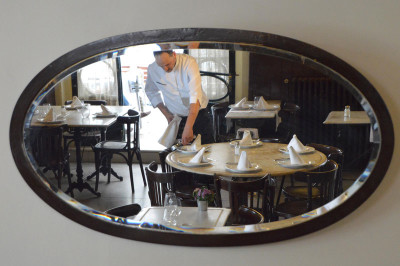 Els Pescadors has seen many changes through the years, but we like to think that the fishermen who once lived in those white houses around this tavern would feel very much at home in the tavern today. We certainly do. 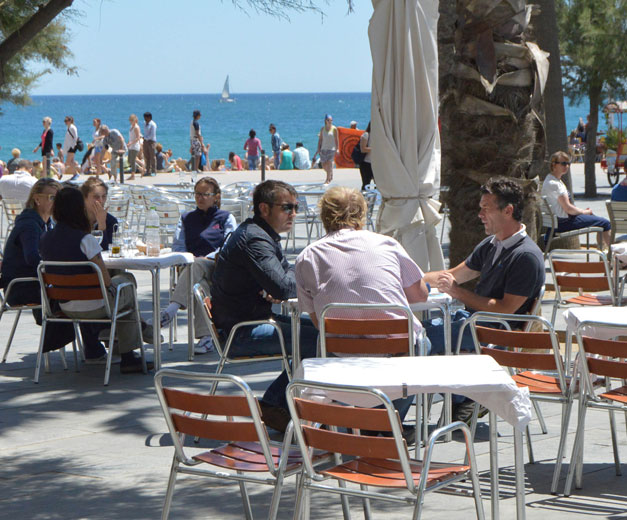 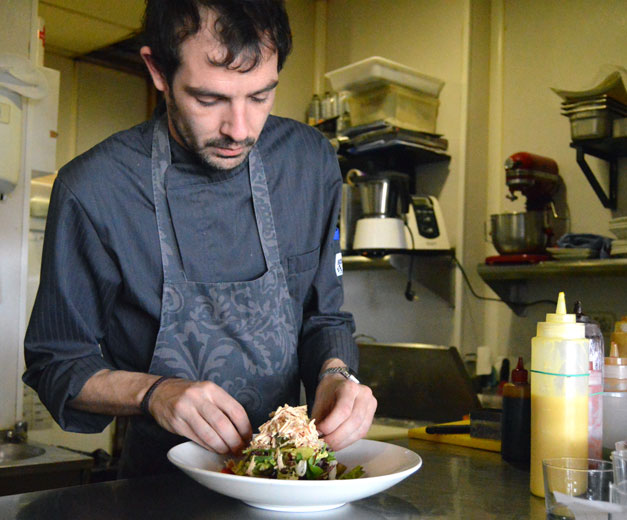 Barcelona | By Paula Mourenza
By Paula Mourenza
Barcelona“We have paper tablecloths and napkins on the tables for two reasons: to not forget our roots as a workers’ canteen and because we prefer to spend the money on good product for our customers.” That was how Rafa Alberdi explained to us one of the keys to his restaurant, El Kaiku. Located in Barceloneta… 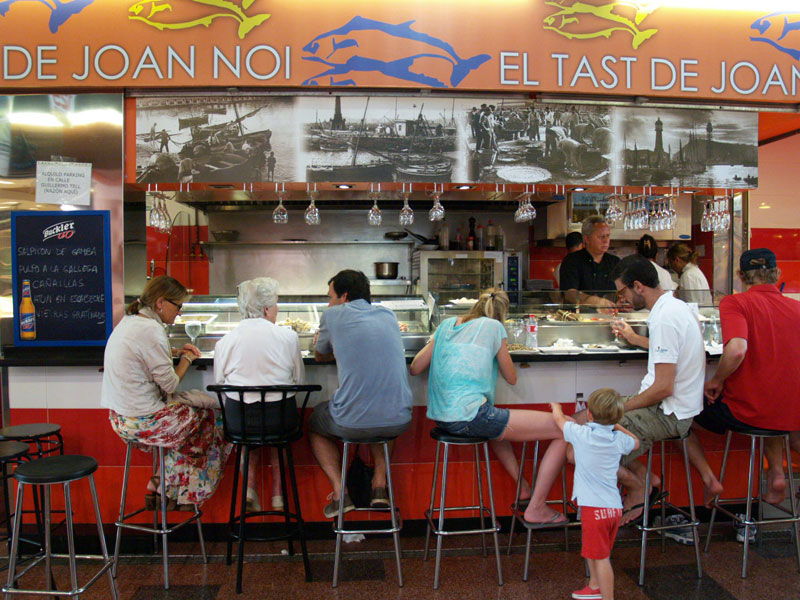 Barcelona | By Paula Mourenza
By Paula Mourenza
BarcelonaIn Barcelona, food markets are longtime culinary institutions beloved by both neighbors and chefs. Their intense sights, smells and sounds are a wonderful, chaotic amuse-bouche that stimulates our senses without our even opening our mouths to taste any of the products being sold. But sometimes, we long for the chance to combine the multisensory experience…
Els Pescadors
Plaça de Prim 1, Poblenou
Tel. +34 93 225 2018
Hours: 1-3:45pm and 8-11:30pm