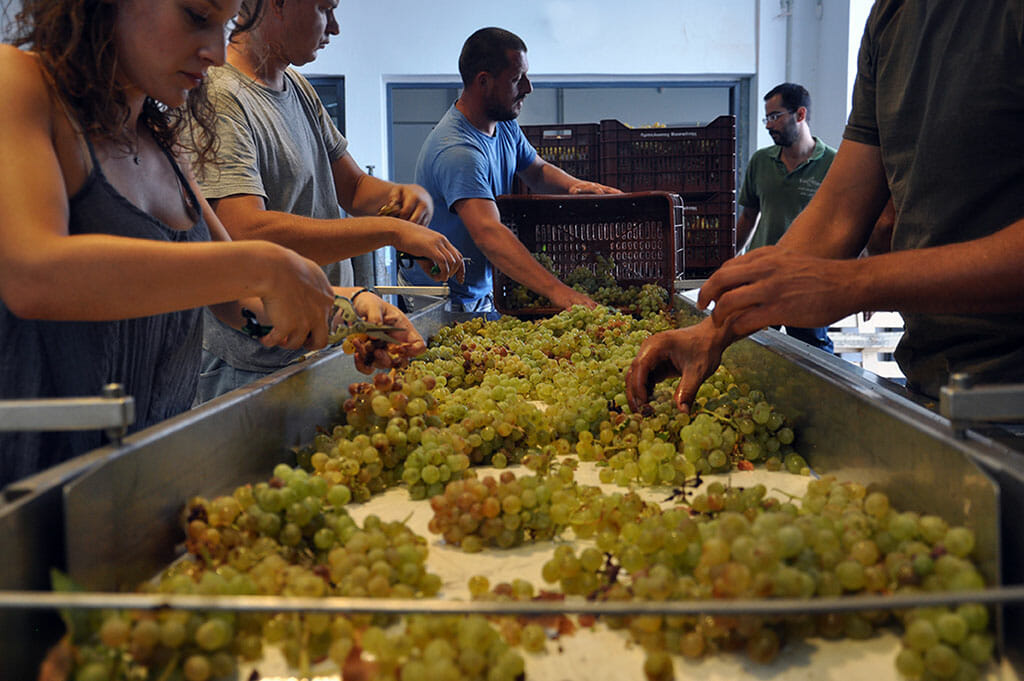 There is an ancient saying in Greek, Theros, Trygos, Polemos, meaning “wheat harvest, wine harvest and war”: All three are situations that need immediate attention and cannot be postponed until later. Hopefully there will be no war, but having completed the wheat harvest, we are nearing the finish line of the wine harvest.

All indications show that 2015 will be a great vintage for Greek wine. Although the weather has been rather on the strange side, there will be low yields all over Greece, which is always great for quality. It warmed up again after the heavy rainfall earlier last week, so everything is back to normal. With the cool winds drying everything off, no harm has befallen the precious grapes that have not been harvested yet.

“The harvest of 2015 in Estate Kikones has been excellent. The weather so far has been most favorable, with sunshine throughout the duration of the harvest in Thrace [Maronia] and just the right amount of heat,” said Melina Tassou, oenologist, winemaker and owner of Domaine Kikones. “We had gentle rain for only one night, after having finished the harvest of all the white grapes and syrah.” 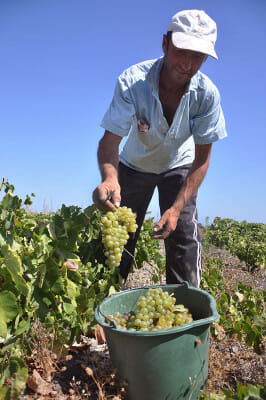 Almost all of the white grapes have already been pressed and are starting fermentation. Moschofilero is a one of the latest grapes to be picked, with its harvest usually starting at the end of September or even early October.

Katerina Bosinaki, owner of Bosinakis winery in Mantinia, recently told us, “Although we have not begun the harvest yet, and we believe that it is going to start somewhere near the end of September, we believe that 2015 will be a very special year for Mantinia. It reminds us very much of the 2013 vintage, when we had excellent aromatic potential and a bright and well-structured palate.”

If you ask any of the old folks in Santorini which kind of wine is the best, they will probably say “Nykteri” without any hesitation. In Greek, the name means “working all night,” as it was traditionally harvested at night to avoid the hot daytime temperatures. Even in the past, winemakers knew that the temperature of the fruit was very important in the production of fine wines. The grapes have to be picked before sunrise and pressed and drawn off within the first day. Nykteri’s composition is at least 75 percent assyrtiko, with the remaining amount deriving from the athiri and/or aidani varieties. When fermentation in steel tanks is complete, the wine is aged in oak for at least three months, producing a bone-dry white wine with impressive acidity, exquisite minerality and citrus fruit notes. 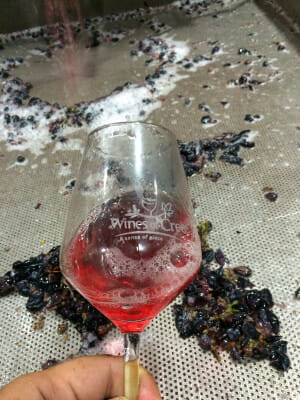 According to Elias Roussakis, the vineyard manager and winemaker of Vassaltis, the newest winery on Santorini, “Winter was quite cold and rainy for Santorini levels. The sandstorm on Good Friday, with winds reaching 100 kilometers per hour, caused problems that reduced this year’s yield up to 30 percent below average. The first samplings of this year’s assyrtiko, though, show a softer aromatic character, intense minerality and great structure and backbone.”

Yields were even lower in Crete, one of the trendiest wine regions, with some of the wineries reporting up to 70 percent smaller production than average. “It was a difficult year for Crete,” said Zacharias Diamantakis of Diamantakis winery. “The heavy rainfalls and hail of mid-August caused serious problems and a loss of 40 percent of total production. What was left smells great and every indication shows that it will be great in terms of quality.”

We look forward to testing out his prediction. 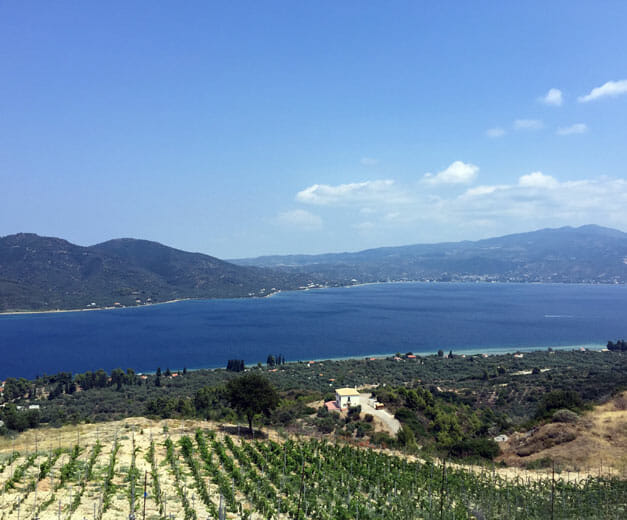 Athens | By Angelos Damoulianos
By Angelos Damoulianos
AthensThere’s been a revolution taking place in Greece over the last couple of decades, and it doesn’t have much to do with the political and economic turbulence troubling the country – it’s all about wine. Wine in Greece, of course, has ancient origins: The first traces of it were discovered on the island of Crete… 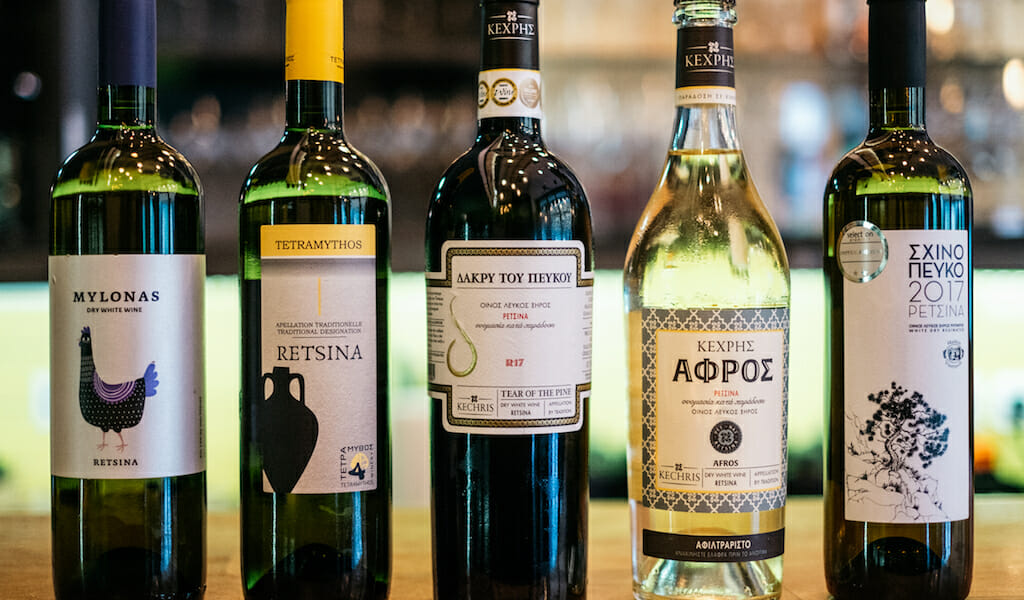 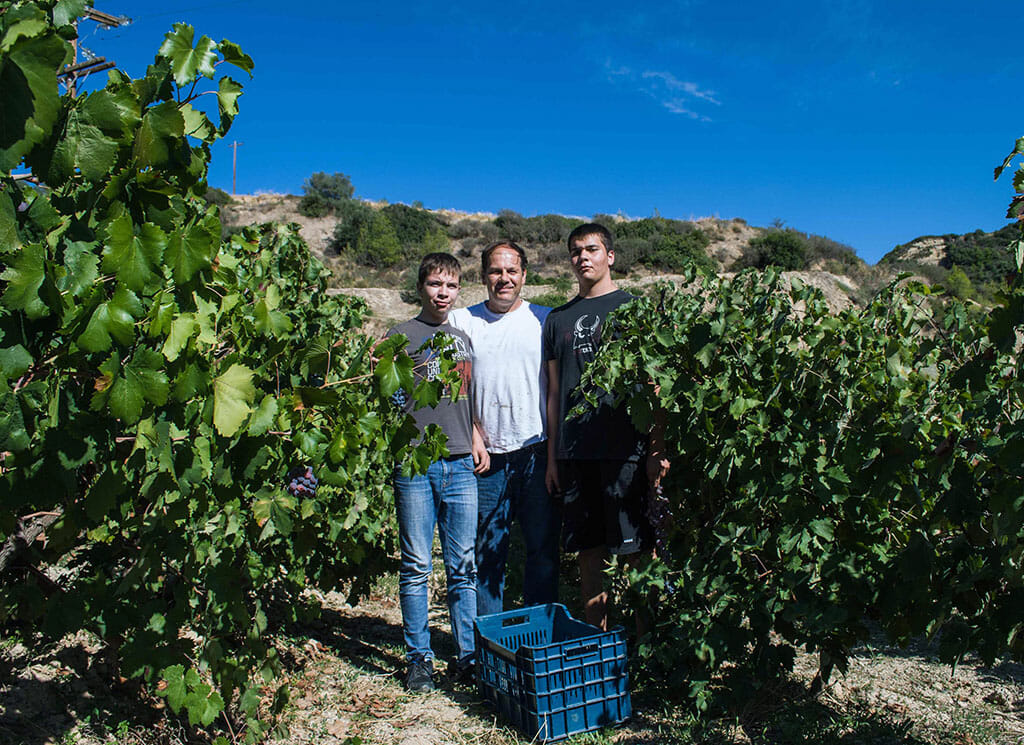 Athens | By Angelos Damoulianos
By Angelos Damoulianos
AthensThe Greek wine grape harvest is almost over. The dry and hot weather conditions throughout the year helped the grapes ripen earlier than usual, around ten days ahead of last year – a meaningful number when it comes to the delicate business of selecting what to pick for the harvest. After the previous year, a…