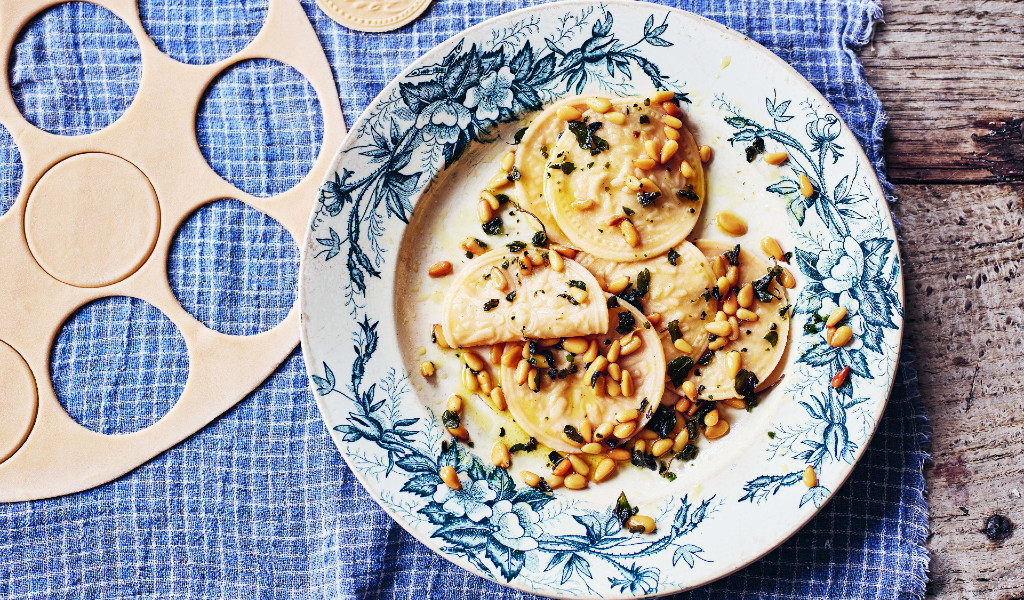 Vicky Bennison, the woman behind the wildly successful Pasta Grannies YouTube channel, recently published a cookbook featuring a selection of the nonne she’s filmed. Titled Pasta Grannies: The Secrets of Italy’s Best Home Cooks (Hardie Grant; October 2019), it’s full of unique yet accessible pasta styles, some of which are only made in certain villages and towns, from all corners of Italy.

After many years working in international development, Bennison began writing about her culinary adventures, publishing numerous food guides and a cookbook along the way. We spoke to her about the origins of Pasta Grannies, how she decided on which nonne to feature in the cookbook and her favorite pastas. 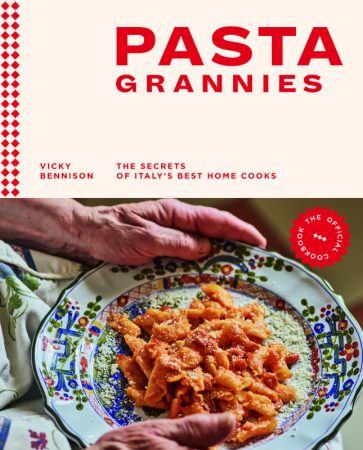 How did Pasta Grannies come about?

I have a home in Marche, central Italy, and noticed it was only older women who made pasta by hand on a daily basis. Those over 80 years old are the last generation who had to do this to put food on the table – for everyone younger it is a choice. I thought two things: I’d like to make a record of their skills; and secondly, this is a good opportunity to celebrate older women who are too often invisible in the food media.

I turned to making videos because of the physicality of making pasta. The Pasta Grannies YouTube channel went viral, and now there’s a cookbook to complement the videos.

How did you go about finding the women (and men!) that you feature on Pasta Grannies and convincing them to be filmed?

I have an Italian “Granny Finder,” Livia de Giovanni, who helps me find women willing to be filmed. If you have an introduction through a friend or acquaintance, the ladies are more likely to say yes. You need an Italian to “close the deal” for want of a better expression. A lot of women say no; some say yes and then change their mind; quite a few start by being anxious and then enjoy the attention! We have filmed very few Pasta Grandpas, because in this age group, cooking was seen as women’s work.

What was your goal for the project? Did you always have a cookbook in mind?

The goal was and it to collect as many pasta dishes as possible – and we’re not done yet. The cookbook is complementary to the channel – an opportunity to do some storytelling, as well as write up the recipes for people.

Are all the nonne from the YouTube channel featured in the cookbook? If not, how did you decide which cooks and recipes to feature?

We have filmed over 250 people so it was impossible to put all of them in the book. I selected recipes from all over Italy and with a range of difficulty, with the emphasis on easy. For example we didn’t include su filindeu, a stretched pasta from Sardinia. It’s very unusual and extremely difficult to make. Also writing about it doesn’t really help master the technique. 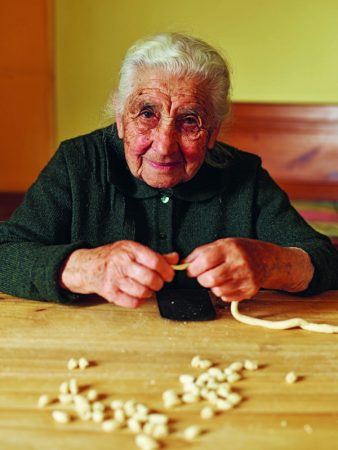 While we know it’s impossible to pick favorites, which pasta dish did you find to be the most surprising or unexpected?

I think the manata pasta is one that I found very intriguing – you create strands by stretching a ring or hoop of pasta with your hands. It’s a circle that gets larger and larger and you have to loop it to keep it manageable and you end up stretching a handful of hoops. In Abruzzo it stays as one unbroken circle, but in Basilicata, cooks then cut up the pasta into more manageable strands.

Which tool is most helpful for someone just getting into pasta making?

Your hands. Don’t worry about machines or pasta trees. Don’t be afraid of the dough. And try making pasta with friends or family – many hands make light work.

Editor’s note: Following on the heels of our 2019 gift guide, we are running our inaugural Book Week, which spotlights some of our recent favorite culinary books, just in time for the holiday season. 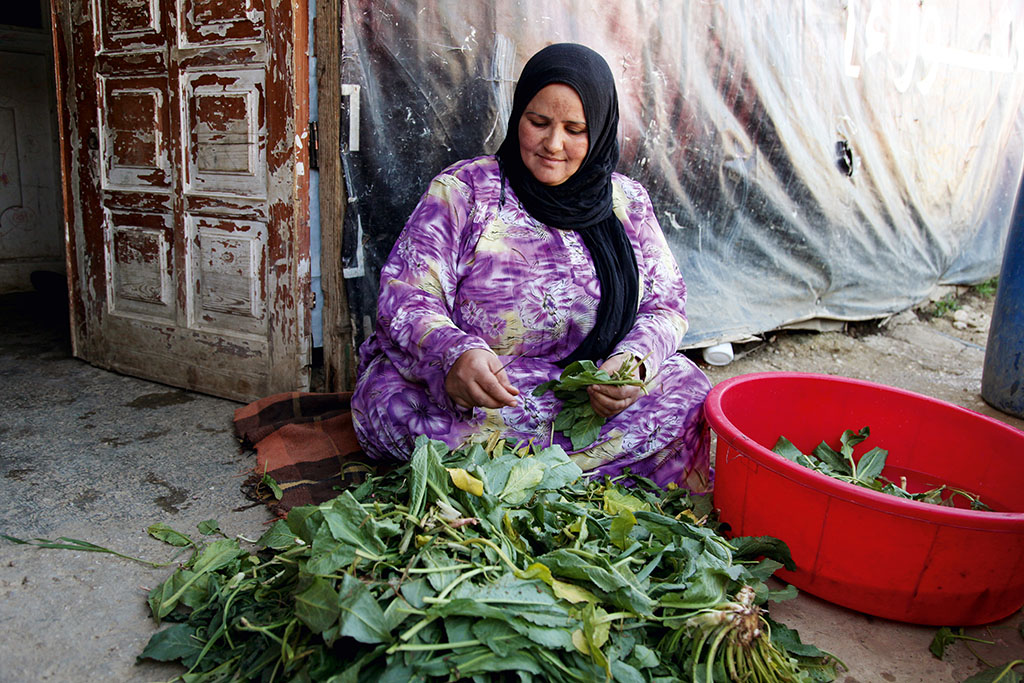 Lisbon | By Célia Pedroso
By Célia Pedroso
Lisbon -- Barbara Abdeni Massaad may be an award-winning food writer and photographer, but she is also a humanitarian. After spending quite some time with the Syrian refugees who were living in horrible conditions not far from her home in Beirut, Barbara took her camera and began photographing people in the camps in Lebanon, especially… 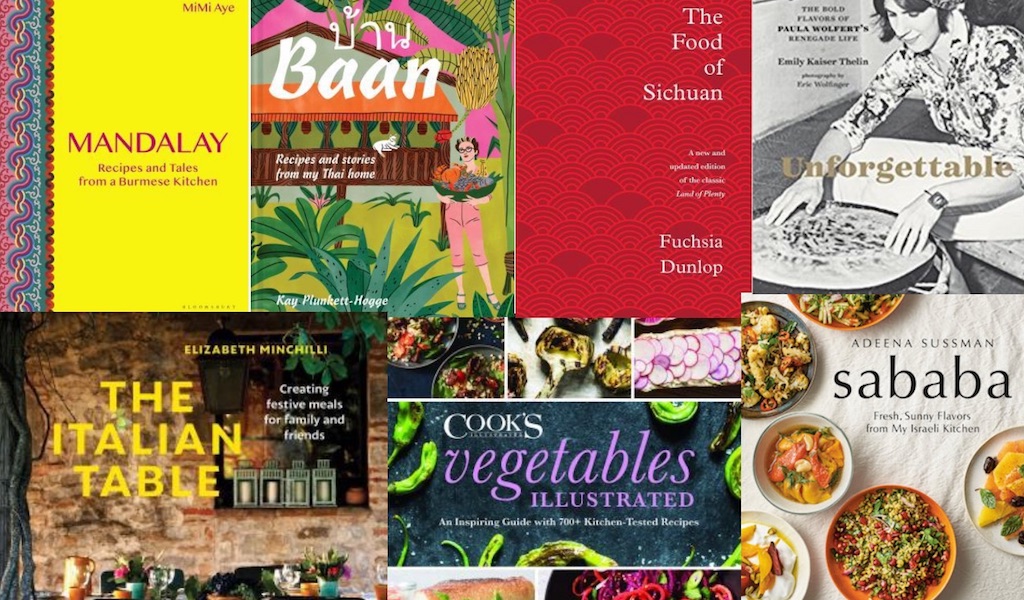 Elsewhere | By Culinary Backstreets
By Culinary Backstreets
Elsewhere -- In our experience, one of the best ways to learn about noteworthy new cookbooks is to sidle up to a food writer and ask what they’ve been cooking from. With that in mind, we asked the authors featured in our CB Book Club this year to share their favorite cookbook or culinary-related book from 2019.… 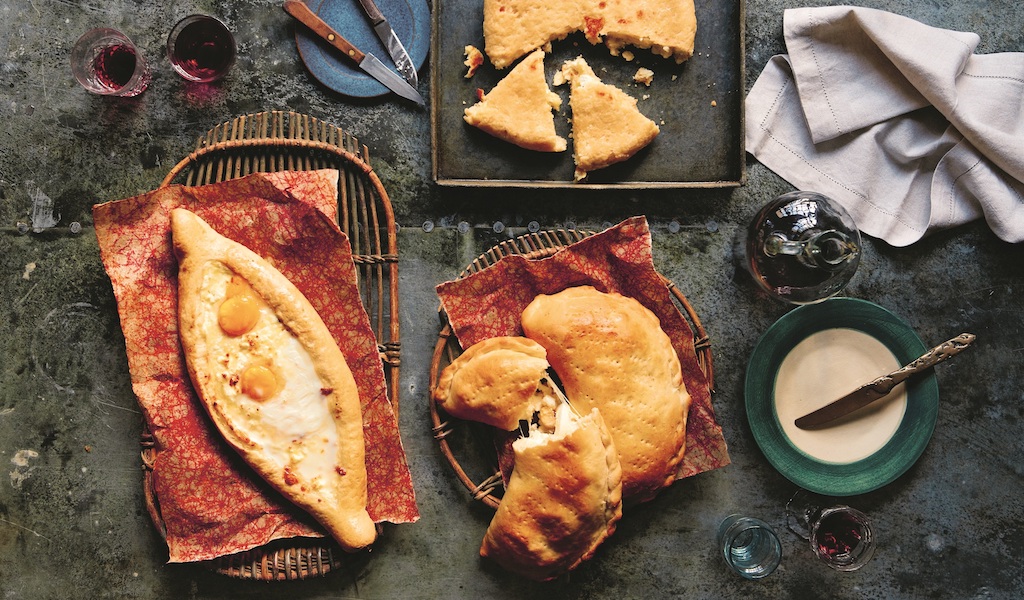 Tbilisi | By Culinary Backstreets
By Culinary Backstreets
Tbilisi -- Tiko Tuskadze, chef-owner of London’s celebrated Little Georgia restaurants, with one branch in Islington and one in Hackney, shares her love for the food of Georgia, her home country, in her first book, Supra: A Feast of Georgian Cooking (Pavilion Books). The book, which was published in the U.K. in summer 2017 and…