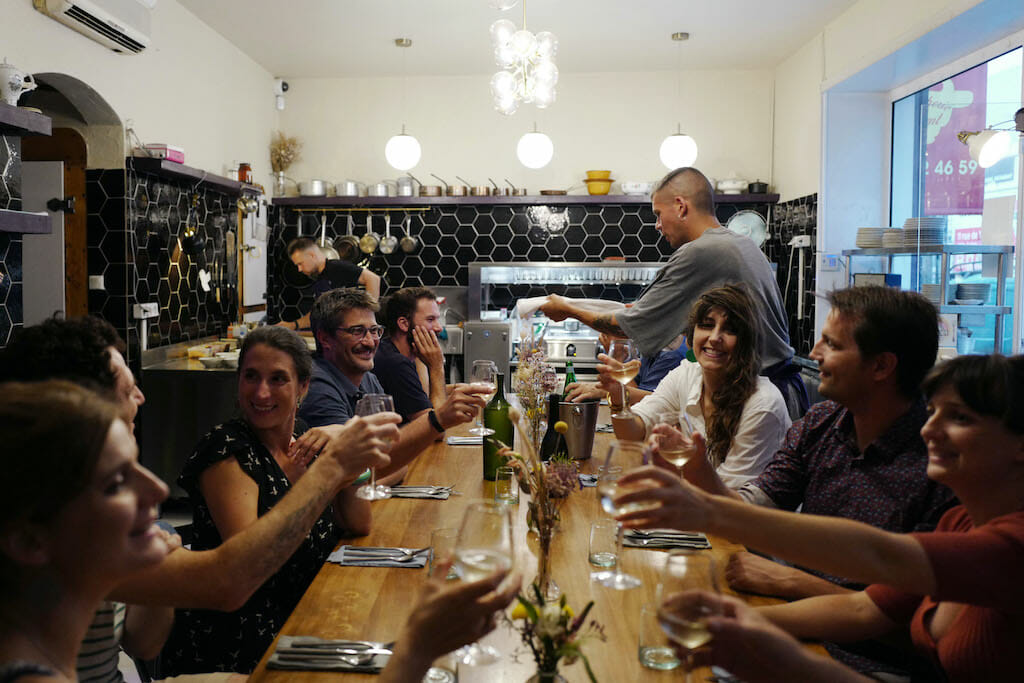 The storefront restaurant Camas Sutra (a play on its location in the Camas neighborhood of Marseille) still sports “Boucherie, Charcuterie, Crèmerie” on the original red and yellow banners, left over from just 18 months ago when it was home to a neighborhood butcher. The “no restaurant sign” tactic, occasionally seen these days in hip neighborhoods of Marseille, is a choice to curate client discovery and word-of-mouth marketing. But glancing towards the large window as we pass by on this narrow street off Boulevard Chave, we instantly recognize that it is now a restaurant, with a solo high table outside for apéro, a grand, 17-person wooden table inside, an open kitchen, and the chef and wine server prepping, circulating, and talking wine and food with their guests. 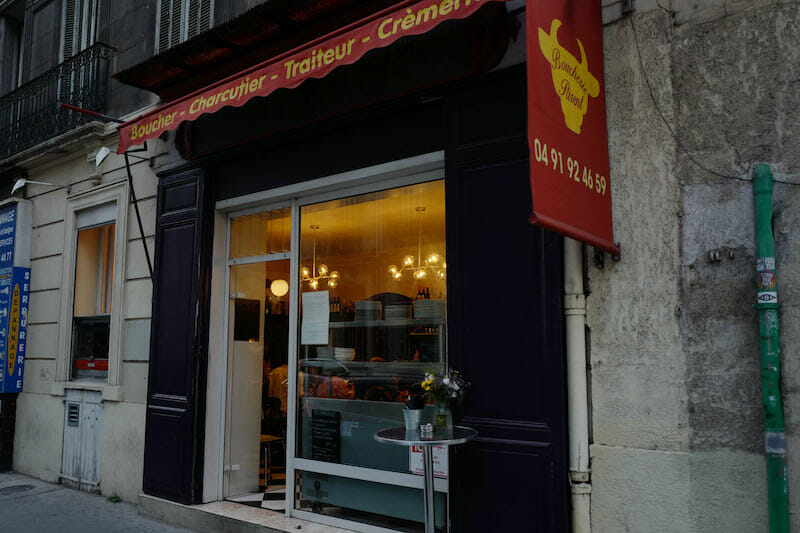 The space was founded by the restauranteur of Parpaing qui Flotte, just across the street. Camas Sutra offers chef residencies, which means that different chefs take over the kitchen for a few months, and customers can participate in young chefs’ favorite culinary experiments. The current chef at Camas Sutra is François Roche, preceded by Minou Sabahi (who cooks Franco-Persian cuisine), and Sarah Chougnet-Studel, who has now opened her own restaurant, Regain, in the same neighborhood. As the chefs and menus change, the space itself remains the same, with simple, funky décor, shiny green tiles in vertical rectangles on the back wall, the original large black and white floor tiles of the butcher, and a single dark wooden shelf surrounding the space which holds bottles of wine on the dining room side, and pans and soup tureens on the kitchen side. 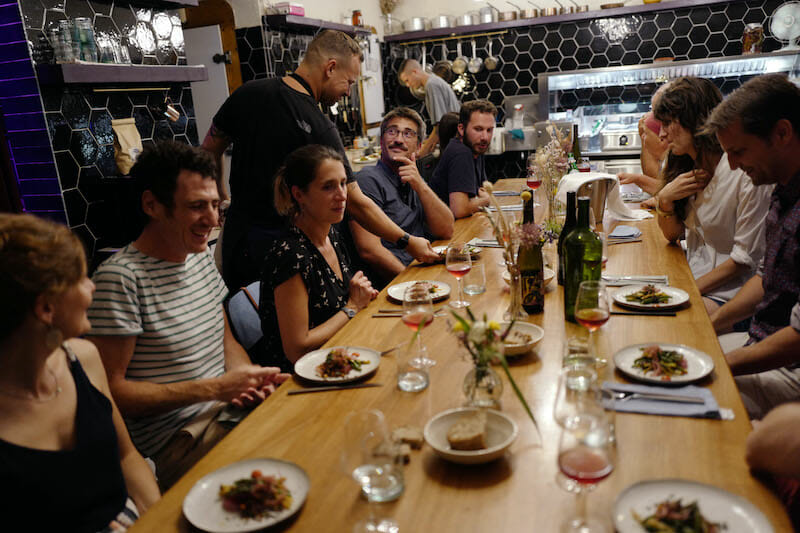 And yet the restaurant seems to transform with each new chef, and even nightly with the wild-card clientele. Two weeks ago, in a group of five, we took over one end of a common table, already trying to identify, as we took our seats, the delicate mélange of scents both French and Asian, chatting briefly with our immediate neighbors. Indeed, we dine in promiscuité, as the French call it (meaning no privacy—the secondary sense of this term in English). That evening’s scene happened to be cinematic noir, as if right out of the early gentrifying days of Manhattan’s meat-packing district. As we tasted one of the offerings that evening, a light-red natural wine, flavorful, crisp, as summery as its color, we watched François architecturally layer, in the haute cuisine French technique, flavorful amuses-gueules, using a BBQ-grilled bonito broth as his base, working as he does on a counter within arm’s reach from us. Our eyes also followed the entry of a middle-aged Laurent Fiocconi-type, with a pretty young woman in her early twenties, tastefully dressed (“Any chance she is his daughter?” we whispered to each other, hopefully). Whenever he stepped out between courses with the other smokers, she would lean her head back and close her eyes. Gentrifying or not, this Camas neighborhood and Camas Sutra (yes, with dinner at 50 euros a head) continues to reproduce touches of Marseille gritty glam. 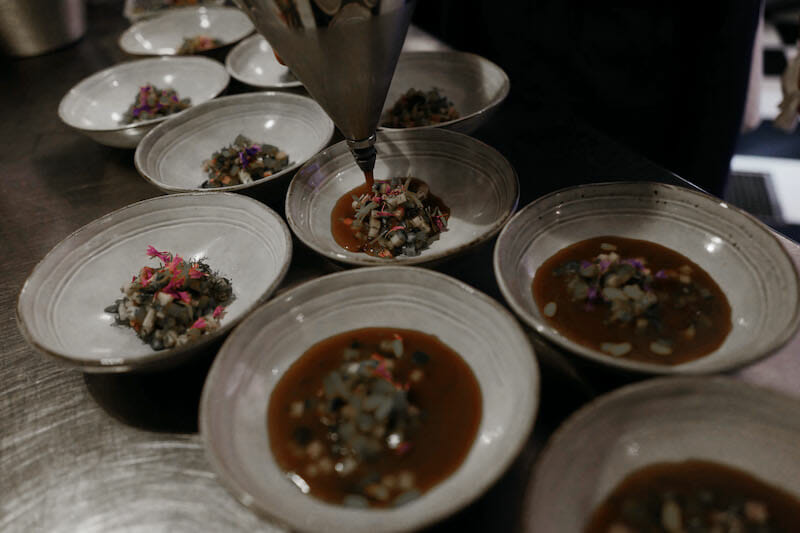 During this unfurling story, François circles the table to describe each new French-Asian delicacy: terrine of line-caught fish, seasoned with Sichuan pepper, puffed rice and hot pepper; a home-made pork sausage garnished with Thai lemongrass, gin, and hot pepper, and wood sorrel that François must have foraged (much to the delight of Cheri in our group, who used to find and eat them while hiking in Oregon). To conclude the meal, he served us a clafoutis à la fraise, topped with verbena whipped crème and crunchy, grilled buckwheat. Each of us had a different shortlist of favorites in the 6-course meal, expertly measured to leave us satisfied by our estivale culinary adventure, but with bellies not too full for a good night’s sleep. 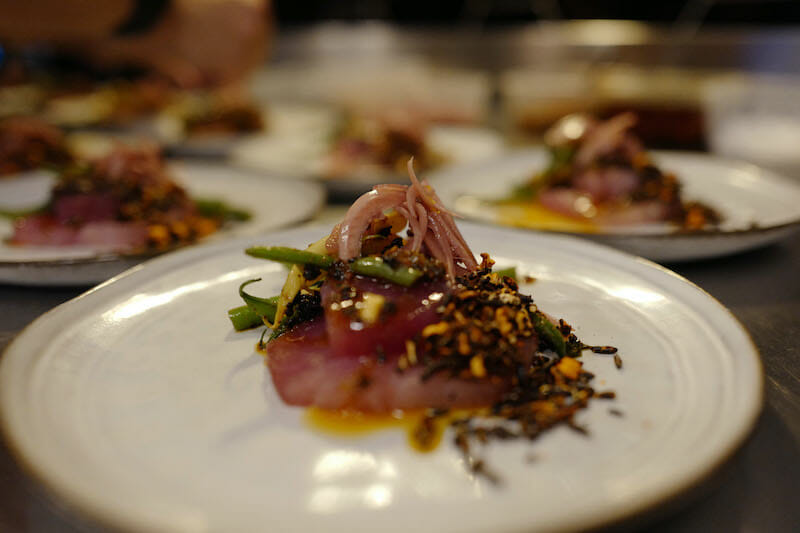 From Paris, François trained at the Ferrandi culinary school, traveled and cooked in Asia, and worked for many years as a top manager at Frenchie of London, Switzerland and France, where he developed menus and recipes. Dreams of food, travel, Southern French compagne traditions, and serious fishing (one dish he created at Camas Sutra included squid he caught off the coast during poulpe season), all led him to Marseille, where he is already well-connected to farmers and agricultural distributors. From a passionate pork farmer friend from Ferme de le Guizardière (in Poitou-Charentes), he recently brought back a whole pig to Marseille. Inside the restaurant’s walk-in refrigerator (another relic from the butcher shop, and a chef’s dream in terms of cold surface, François points out), he has a gorgeous spread of creations made from every part of the animal: a bin of terrines, rillettes (mostly eaten), hanging sausages, a rack of ribs, cuisses, in addition to all the fresh produce he purchases from the neighborhood farmer’s market.

François is cooking at Camas Sutra until July 8, and then will change guards with the next resident chef and continue his search for a Marseille locale to open his own restaurant. Now, with his experience in different culinary traditions as well as in management, he has decided to leave the large restaurant world and go back to his original love: preparing fresh creations for people to “provoke” an emotion. And we, too, return to restaurants like Camas Sutra for just this kind of intimate meeting of real people and food. 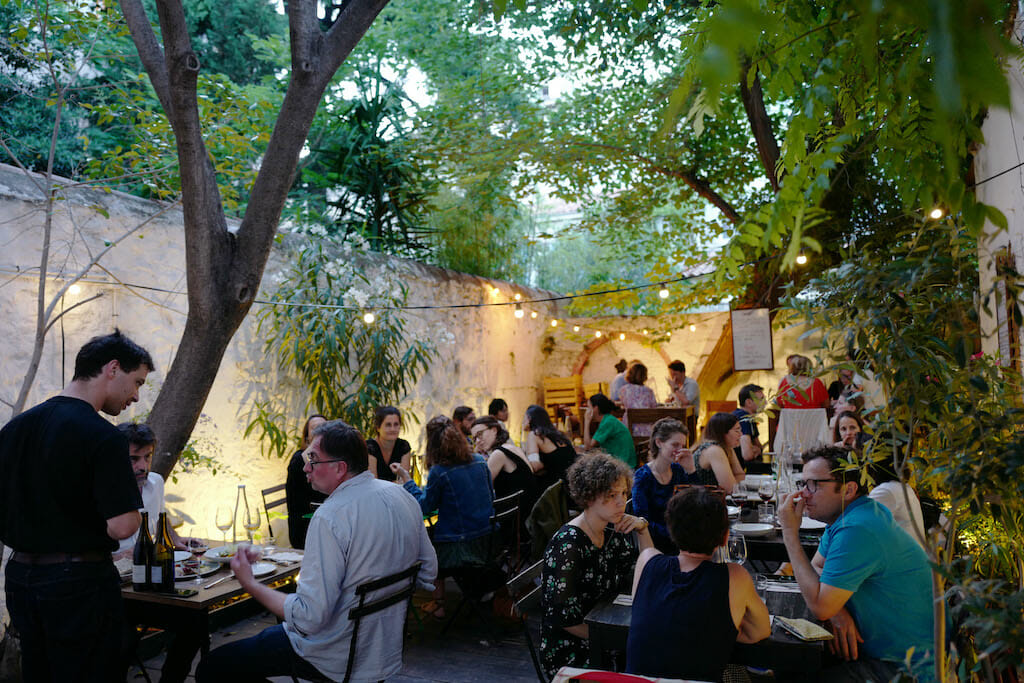 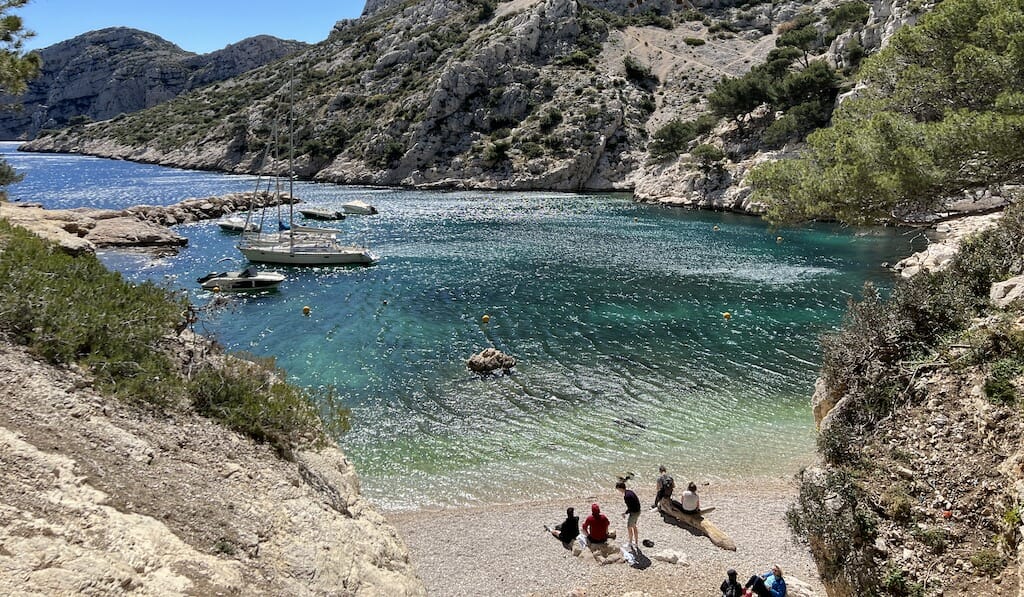 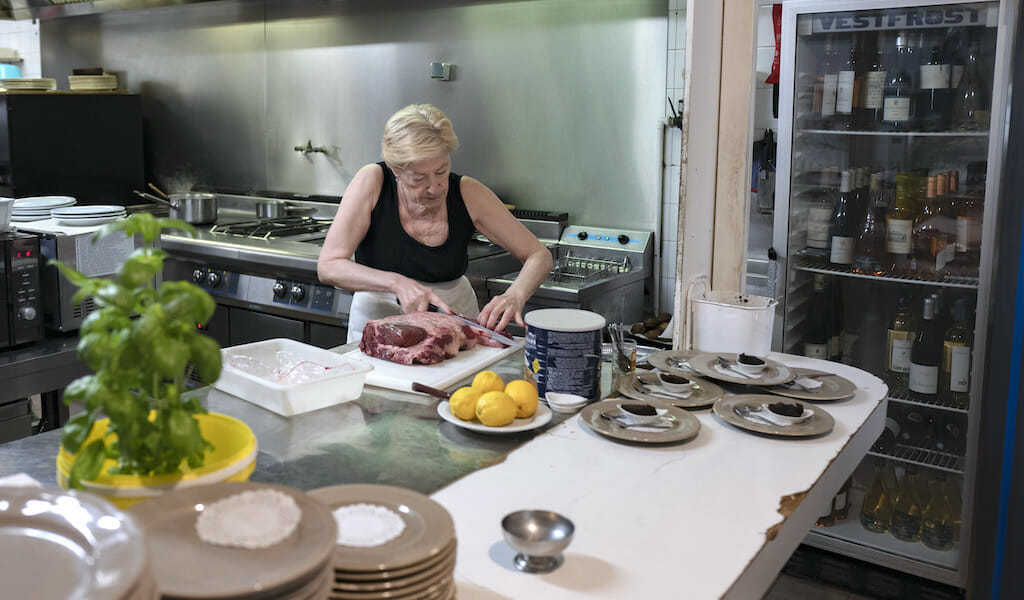