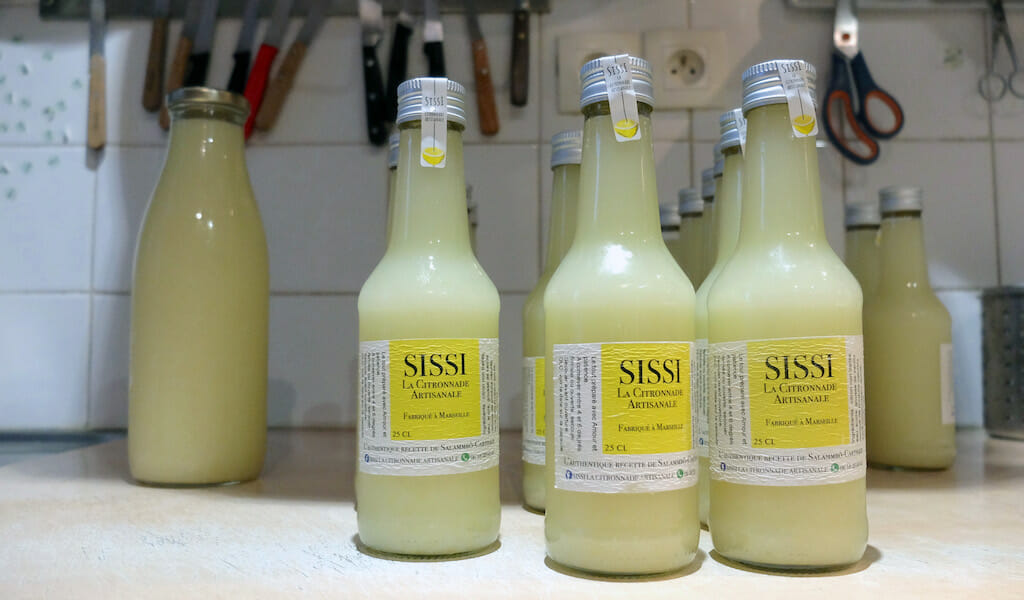 With the heat wave pushing the thermometer past the 90s, Marseillais are hitting the city’s beaches and cafés, where they cool off with limonade (sparkling lemonade), citron pressé (a glass of fresh-squeezed lemon in which you add water to your liking) or citronnade. The latter is lemonade in French, but in Marseille, it often means the bracing, whole-lemon beverage sipped across the Maghreb.

Normally, we go to Chez Yassine for our citronnade. When the snack bar was closed for Eid al-Adha (the “Festival of Sacrifice,” one of Islam’s two main festivals), we ended up at Saf-Saf, another Tunisian spot down the street. It was listed on the menu as fait maison (homemade) citronnade, so we were surprised when the waiter brought over a sleek bottle. The label read: Sissi La Citronnade Artisanale, an authentic recipe of Salammbô-Carthage [a seaside suburb of Tunis]. When we saw it was made in Marseille, we were thirsty to know more.

We found its maker, Jean-Pierre Mangani, at his home/atelier in the Camas quartier. In 2014, the Tunisian native started crafting citronnade using a recipe “made with love and patience” – the antithesis of processed alternatives. More than a mere thirst quencher, Sissi squeezes tradition, health and sustainability into each bottle. The passionate producer is fueled by his desire to educate future generations, and his frustration with the industrialization of the food industry. 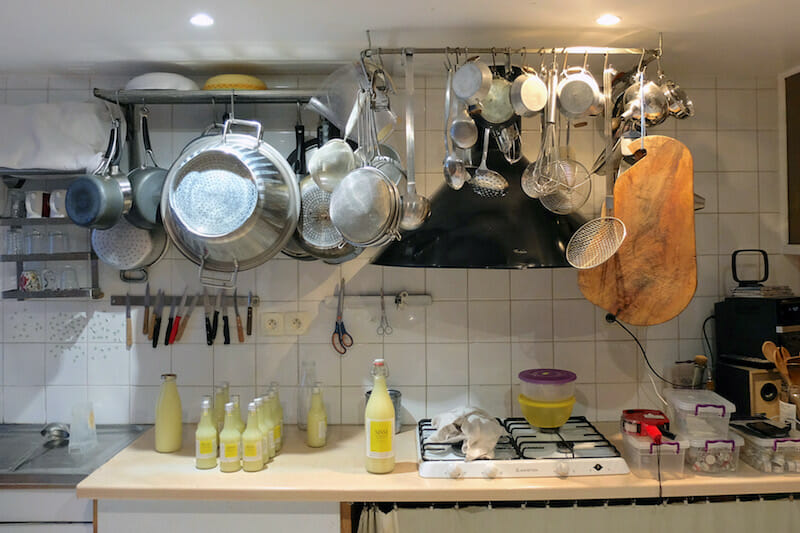 In fact, it was an ad for Pulco, the mass-produced lemon drink, that sparked the creation of Sissi. Jean-Pierre was frustrated by the falsehoods. Firstly, that it claimed to be natural when it was loaded with preservatives. He was also irked to see Pulco promoted as only a summer sip when citrus was a winter fruit. “It’s a winter drink that reinforces and boosts immunity,” he points out. While citronnade is consumed all year long, the cooler months are when you need vitamins the most, Jean-Pierre explains. And, when the citrus is fresh squeezed, the more vitamins you get.

Jean-Pierre learned to make citronnade from his grandfather, who used a hands-on method: “He would make me carry buckets of lemons, saying his back was tired,” knowing well that once his grandson touched, smelled and felt the citrus, he would soak up more know-how. Now, to guard the family secret, he has taught his daughter and son the recipe.

Before dipping into the beverage business, Jean-Pierre’s previous work was influenced by his Tunisian roots. He sold foutas, cotton hammam towels that double as beach blankets, to spas in Marseille. Next, he worked as an ornamental plasterer, continuing the savoir-faire of decorative molding for which Tunisia is known. He transformed his plaster atelier into Sissi’s cold room, where he’s happy to still be working with his hands – and with less dust now.

He picked his “quatres saisons” breed – named for being grown year-round – for their thick, soft skin, which is an essential ingredient in whole-fruit citronnade.

To make his citronnade, Jean-Pierre uses organic lemons from Sicily, which he says are superior to the ones that are exported from Tunisia and not as pricey as the ones from the southern French town of Menton, famed for its citrus. He picked his “quatres saisons” breed – named for being grown year-round – for their thick, soft skin, which is an essential ingredient in whole-fruit citronnade. He explains how the white of the lemon imparts the signature, slight bitterness (amertume douce) as opposed to the astringent seeds.

Traditionally, Tunisians load their citronnade, tea and coffee with sugar for a “Red Bull-style energy boost,” explains Jean-Pierre. He uses a lighter dose of organic sugar – made into simple syrup for easier blending. His personal touch, vanilla bean, adds balance. As he enthusiastically describes how the vanilla “holds hands with bitterness and acidity,” we picture the skinny bean stretched wide between anthropomorphic versions of the flavor notes.

After fetching the lemons early in the morning at Marseille’s giant Arnavaux wholesale market, Jean-Pierre gives them a thorough cleaning: a soak in water and vinegar, a scrub with a brush and a rinse in hot water. He blanches the citrus in a large pot for 30 seconds, lets them cool to room temperature and chops them by hand (the majority of producers use a mixer). Lastly, the three-step filtering process makes Sissi deliciously smoother than most. 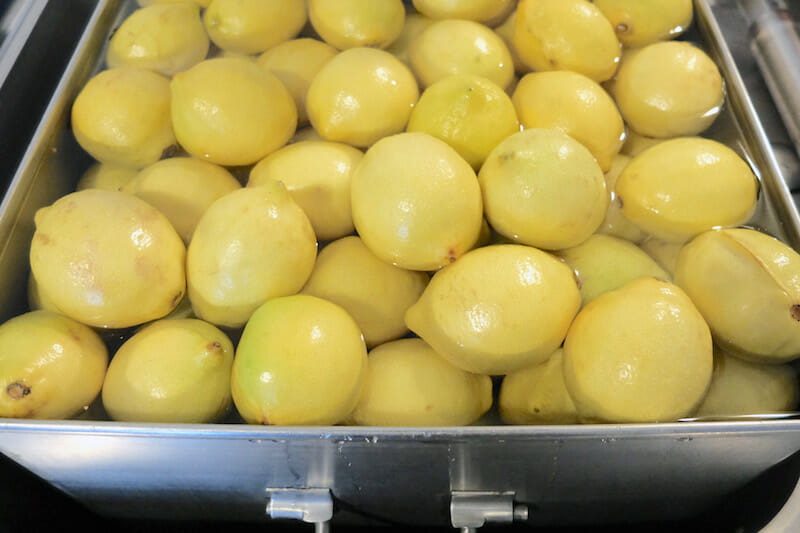 The citronnade “tastes different every time,” since a lemon’s flavor evolves with the seasons, depending on if they are flowering or mature. Jean-Pierre’s glorification of his “living beverage” reminds us of how natural winemakers extol their vin vivant (living wine). A fitting metaphor since this connoisseur of citronnade likens himself to a sommelier, able to perceive the flavor profile of each bottle after years of tasting.

As a one-man operation, Sissi is only sold locally. “If you want to make something by hand, you can’t have long arms,” smiles Jean-Pierre. He’s established each client – Tunisian restaurants, a boulangerie and a locavore épicerie – by word of mouth. You can also pick up citronnade at his house. Just text beforehand to be sure he’s home, or look for the scooter out front with the Sissi sticker.

Though it might evoke the Egyptian President (Al-Sisi) in the Middle East or the tragic Austrian Empress Sisi in the Occident, Sissi is actually a made-up name. When Jean-Pierre and his friends imagined ordering the citronnade at a café, Sissi had a nice ring to it. We like to think it’s an enthusiastic “yes” (in French, Spanish and Italian) – said twice since it’s that good. 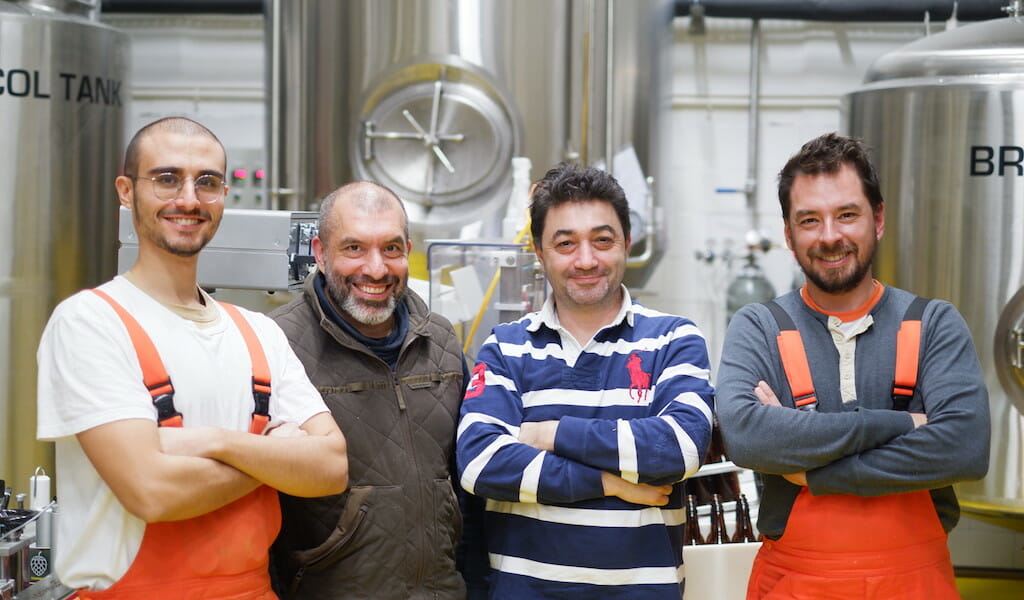