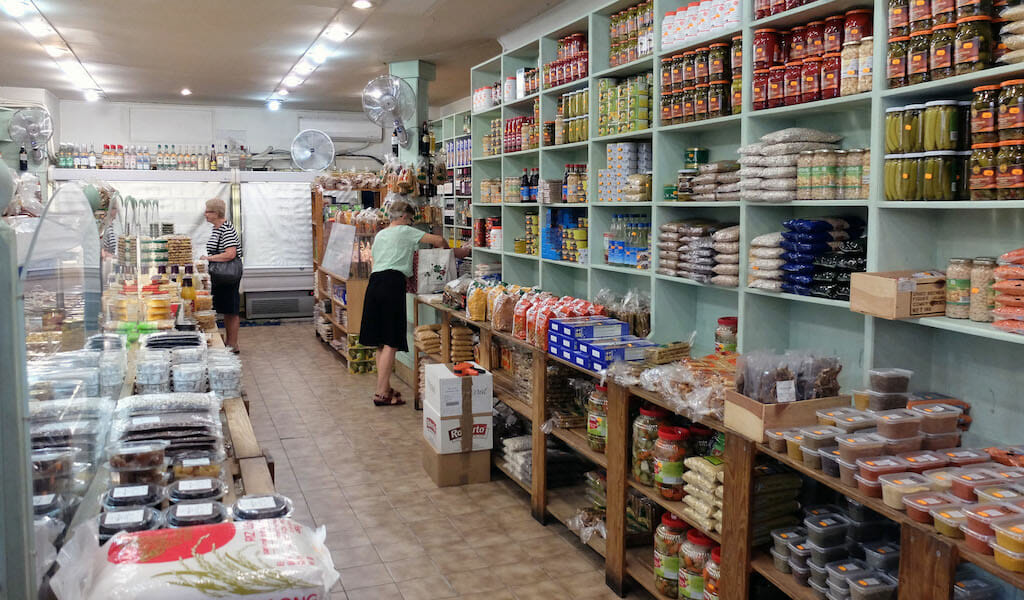 Sandwiched between Cours Julien and La Plaine, Rue Saint-Michel is stuffed with a smorgasbord of epicurean shops. Each window display is an edible advertisement: wheels of cheese at Art de la Fromagerie and mushroom-stuffed raviolis at Pâtes Fraiches et Raviolis Cédric Bianco tempting passersby behind the glass.

The signless number 26 is more nondescript. From across the street, the mural of handymen above the storefront makes it seem like a hardware store. The jars of pickled vegetables beside the door say otherwise. Go inside, and you’ll find one of Marseille’s best épiceries. 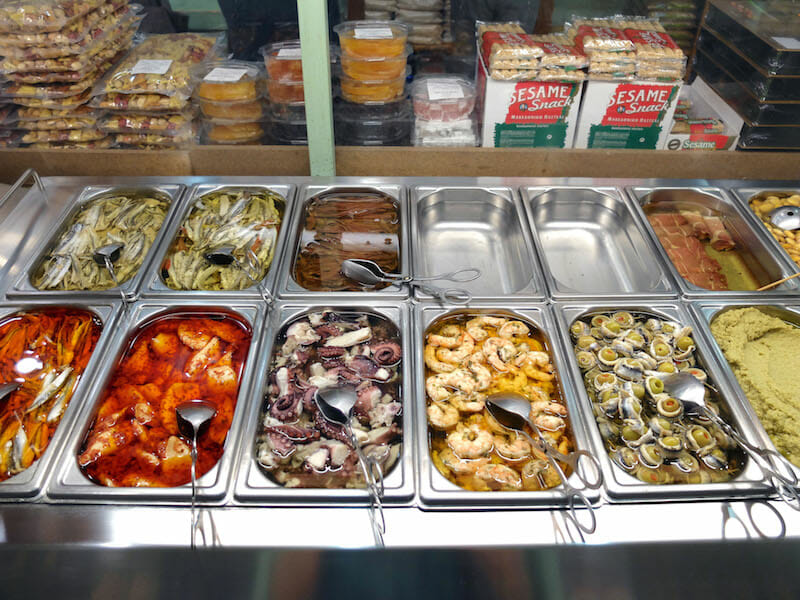 Exosud is a tiny temple of eastern Mediterranean foodstuff. In the center of the shop, a gleaming stainless steel counter showcases a rainbow of green olives, white anchovies, and octopus marinated in red paprika. Jars of tahini, sacks of bulgur and bins of spices line the shelves – so neatly organized it feels like a library of Levantine goods. On the back wall, a brightly lit deli case is stacked with their own line of dips like fig tapenade, tzatziki and anchoïade. Not sure where to start? Garo and Rafi Tchakalian are happy to guide you.

Named for the “exotic” goods they sell in the “south” of France, Exosud was started by four brothers whose heritage spans across the Middle East. During the 1915 genocide, their Armenian ancestors fled to Greece, then made their way to Lebanon, where the siblings were born. When civil unrest in Lebanon began to simmer in the early 1970s, they joined family in Turkey.

Jars of tahini, sacks of bulgur and bins of spices line the shelves – so neatly organized it feels like a library of Levantine goods.

The eldest brother, Krikor, came to Marseille in the mid-70s for a job, with Garo following to work as a tailor. When the city’s clothing industry began to unravel in 1986, the two opened their épicerie with their brothers, Rafi and Agop. Though they lacked experience, the hard-working siblings had family familiar with the food industry.

The brothers closed down the original location on Rue d’Italie near Place Castellane, when they went back to Lebanon for a stint; later, in 2000, they reopened Exosud on Rue Saint-Michel. “My country is magnificent, but there is unfortunately lots of corruption,” laments Garo. 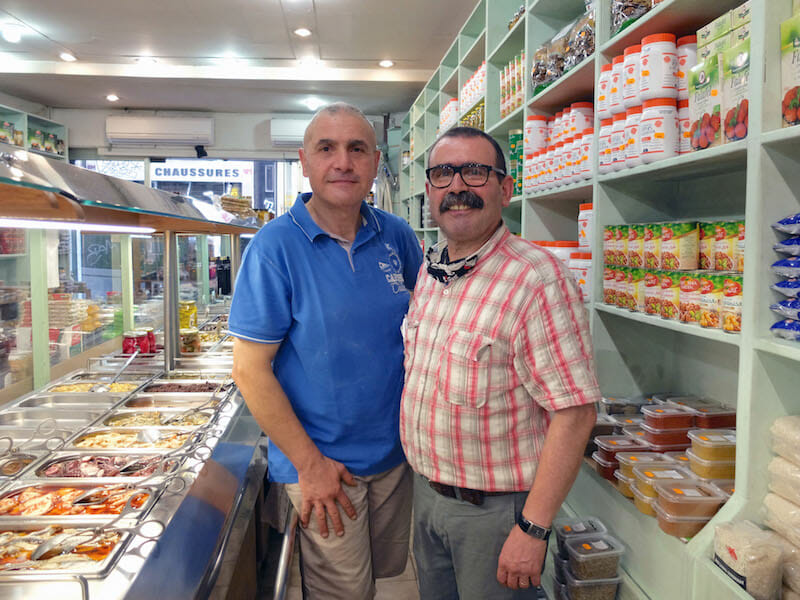 Yet Lebanon is still the seed of Exosud, as witnessed by the photo collage pasted on the wall behind the cash register: the Roman columns of Baalbek and a man making pain tannour (traditional Lebanese bread) on a metal drum.

The clientele, however, is much more diverse. While this diversity can be traced to Marseille’s multicultural population, it is also due to the fact that the eastern Mediterranean is a culinary crossroads with fluctuating borders and populations. Some of the countries – Lebanon, Syria, and Israel – only came to being in the mid-20th century. Recipes like hummus are simultaneously specific to each locale and regionally consumed (and their origins hotly contested). When we remark on these intersections, Garo simply smiles. “It’s all the Ottomans,” he says.

Customers come from all over city to shop here. The Lebanese like to buy jars of eggplants stuffed with walnuts, peppers and garlic, fleur d’oranger (orange-flower water) and pomegranate molasses. Greek customers pick up tubs of feta and jarred grapevine leaves for cooking their own stuffed grape leaves at home. To the delight of Marseille’s Armenian community, Exosud make soudjouk and basterma in-house. A must-try for charcuterie fans from anywhere, the traditional dried beef sausage and air-cured beef are incredibly flavorful thanks to their potent spices. 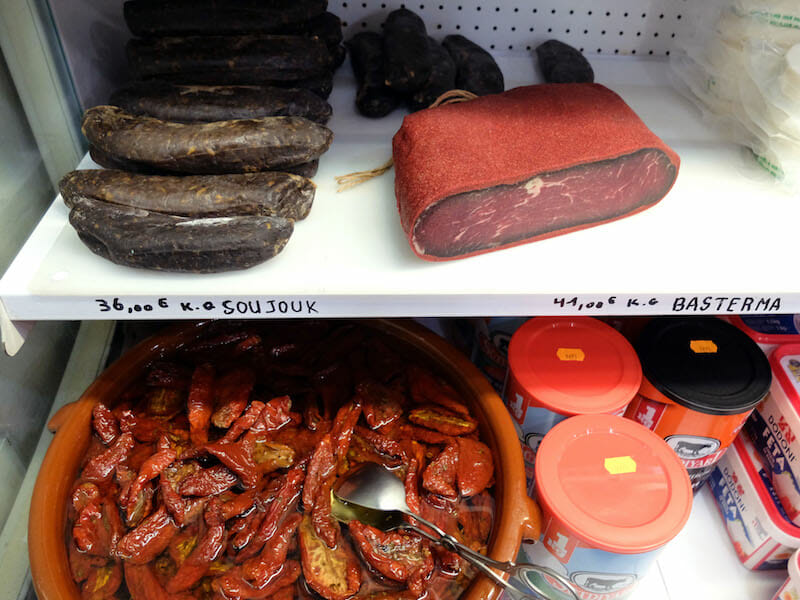 Krikor is on medical leave and Agop has since left the business, so now Garo and Rafi man the shop. The duo’s eagerness to share means people often leave with a new product to try. Curious about the braided majdoule, Garo advises us to soak the brined cheese in water to remove the salt and also recommends the five-year-old raki for an elegant sip. “Sometimes we give advice, sometimes its our customers who teach us,” he says, appreciative of the exchange.

Though Garo seems to be the more talkative of the two, Rafi lights up when we ask about the box of dry mallow. “It’s molokhia” he enthuses, detailing the traditional Lebanese recipe of chicken, cilantro and garlic – a lighter version from the fatty Tunisian mutton stew we’re used to. “Just seeing a dish of it makes you happy,” Garo chimes in.

That’s the sentiment we feel shopping at Exosud. 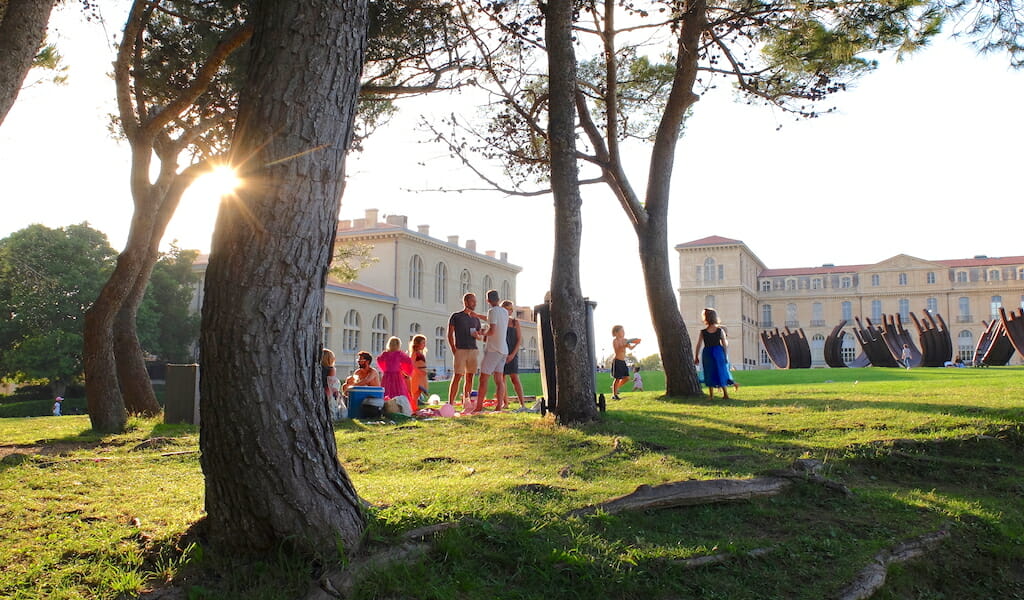 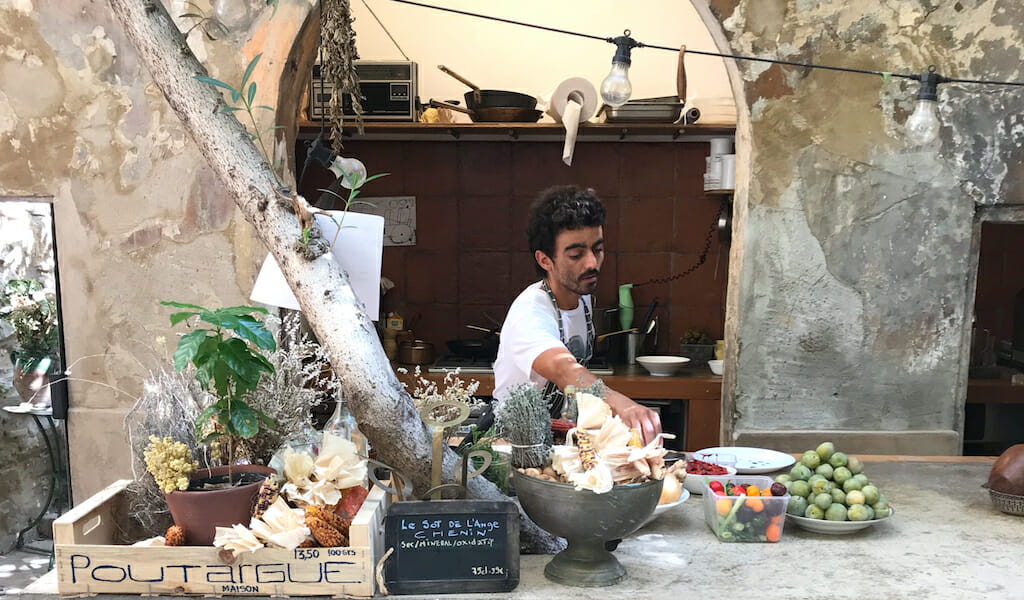 Marseille | By Alexis Steinman
By Alexis Steinman
MarseilleEditor’s note: We’re celebrating another year of excellent backstreets eating by reflecting on our favorite meals of 2019. Starting things off is a dispatch from Alexis Steinman, our Marseille bureau chief. This year began with a bang, when Marseille nabbed a coveted spot on the New York Times’ “52 Places To Go in 2019” list.…
Exosud
26 Rue Saint-Michel
Tel. +33 4 96 12 04 26
Hours: Tues.-Sat. 8:30am-1pm & 2-7:30pm